Paved with red sandstone and grey granite cobbles, the path to a particular building on Sofia's Kozyak Street is reminiscent of antique pavements around Aleksandr Nevskiy Square. The edifice in question is the American Embassy in Bulgaria - one of the Balkans' true pioneering green projects. Designed by US Virginia Beach-based CMSS Architects, the complex incorporates modern US design whilst simultaneously blending with surrounding buildings thanks to the contemporary and traditional Bulgarian influences.

General Charles Williams and James Pardew, the ambassador at that time, officially opened the new American Embassy in Bulgaria on 20 December 2004. Previously, the US government agencies had been scattered among 20 different buildings, but the new development – which cost approximately $70 million - was set to put them under one roof.

The new embassy was founded in the time-honoured green zone of Lozenets, and various measures were put in place to ensure the development continued ecologically. The embassy set about clearing up a toxic "brownsite" located on the grounds. Harmful chemicals and paints were disposed of and the soil was treated to remove radioactive contaminants. After the build, 400 trees were planted to restore the area to its pre-construction state.

Internally, the embassy reduced its overall water consumption by 21 percent and cut energy costs by almost a third. It also installed efficient hepafilters to provide higher air quality within the building. To prevent the excessive use of chemicals used to treat drinking water supplies, a cleansing system that sends pulses of electricity through the water was installed. This resulted in fewer chemicals being evaporated into the air or released through sewage. 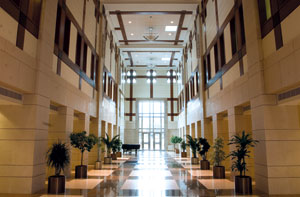 Design-wise, the chancery building is an example of the embassy's exemplary design. Located near the main entrance and observation post, the building has a stone clad façade with square and rectangular patterns – accurately reflecting the traditional Bulgarian influence. The materials are even more eclectic than the design, however, with limestone from Bulgaria's Vratsa, black granite brought over from Turkey, yellow granite sourced from China and brown travertine from Italy.

One particular highlight of the chancery building is its spacious day-lit atrium decorated with limestone and cherry wood panelling. The modern and contemporary artwork by American and Bulgarian artists adds a pleasant cultural touch to the foyer of the government building, and upon exiting the southern doorway, there is an open-air seating area with a view of Mount Vitosha.

In the courtyard, set against the backdrop of Mount Vitosha and decorated with antique Bulgarian columns, there is a bronze sculpture called “First American Diplomats”. Created by Bulgarian sculptor Emil Mirchev, the masterpiece depicts John Adams, Thomas Jefferson, and Benjamin Franklin, the first US diplomats who represented the new independent country abroad.

Continuing the green theme, there is some strategically-placed foliage to mask the nearby road from the northern edge of the courtyard.

The American Embassy in Sofia is based on the Standard Embassy Design, a model for US embassies initially heralded by Congress in an attempt to create newer and safer embassies after the 1998 bombings in Kenya and Tanzania. To date, 42 embassies, including the one in Sofia, have been built according to the Standard Embassy Design specifications. Not only does this produce cost-effective and energy-efficient embassies, but ones that are befitting and undisruptive to their surrounding environments.

LAND OF FAKE MYSTERIES
Issue 165
ECLECTIC DESIGN: THE POWER OF IMAGINATION
MY SOUL DEPOT: THE UNSURPASSED CHARM OF ETHNIC ACCESSORIES
MARIVE DESIGN STUDIO: THE ROAD TO CREATING A DREAM HOME...
WHEN IT GETS COMPLICATED, CALL SEEBURGER
SALIEV DENTAL CARE: THE PERFECT PLACE FOR YOUR PERFECT SMILE
FREYSSINET BULGARIA: THE ART OF CONCRETE CONSTRUCTION
LK DENT: BEAUTIFUL, FUNCTIONAL AND HEALTHY SMILES THAT LAST A LIFETIME
PLAN A: THE BRAVERY TO STRIVE FOR PERFECTION
ETEM SYSTEMS ARE PART OF THE IMPRESSIVE NV TOWER IN SOFIA
DARK SIDE OF BULGARIAN ROSE
Issue 177
BULGARIA'S FORGOTTEN BUNKERS
Issue 169 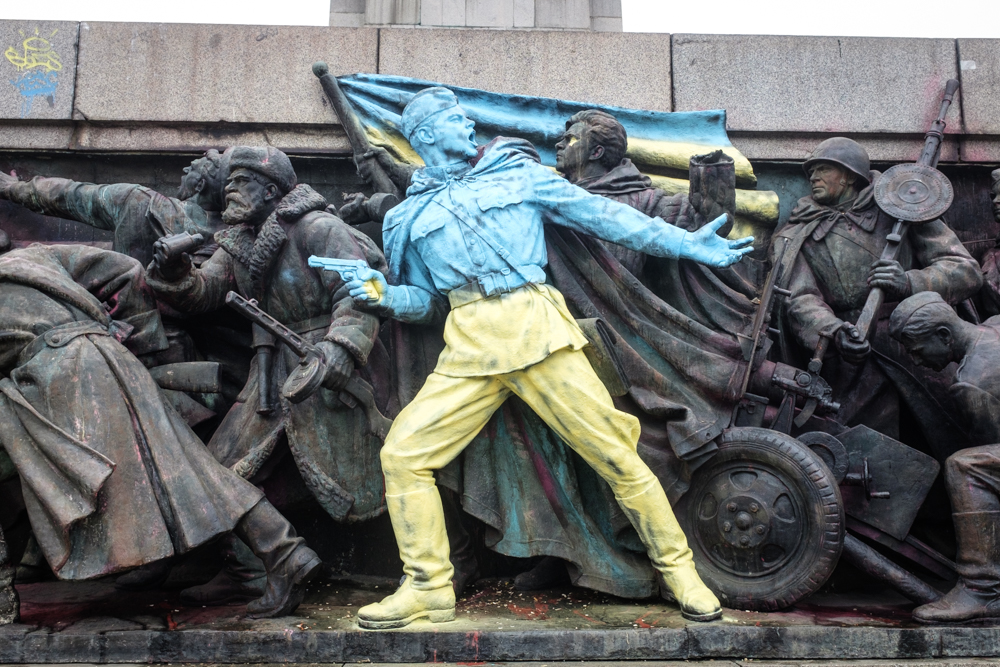 MONUMENTAL WOES
One of the attractions of the Bulgarian capital, the 1950s monument to the Red Army, may fascinate visitors want 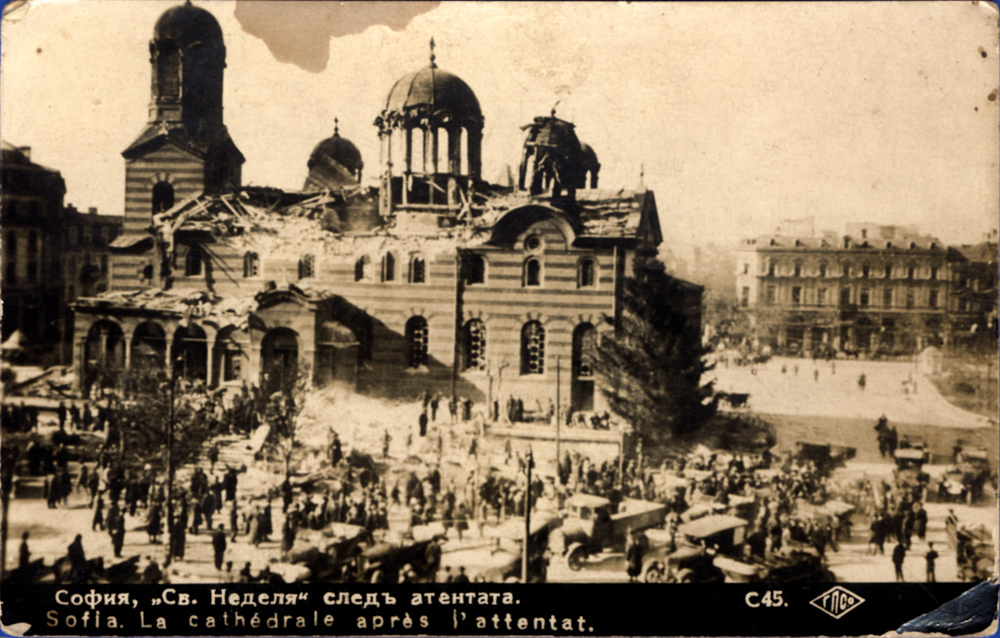 TERROR FACTOR
Bulgarians of the 21st Century like to think of themselves as a generally quiet people, who are more preoccupied