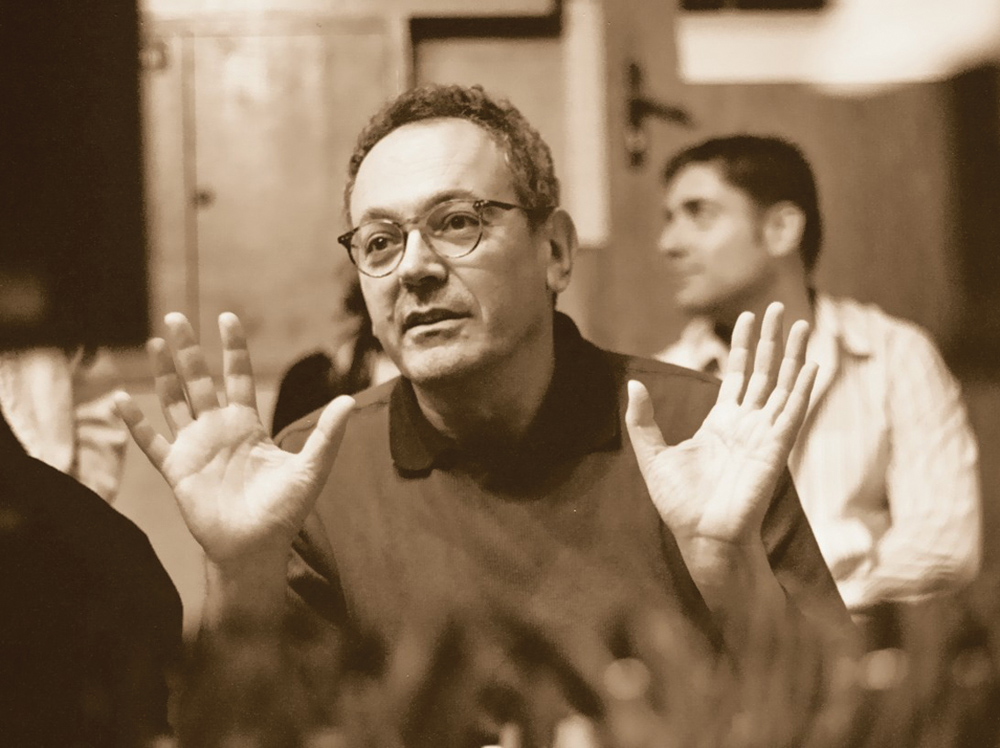 The Bulgarian Eva Quartet joined some 50 musicians from four continents on Hector Zazou's posthumously-released album, The Arch. A particularly prolific composer and record producer, Zazou is famous for his fondness of cross-cultural collaborations. His 1983 album, Noir Et Blanc, was one of the first and most celebrated ventures in mixing African tribal rhythms with electronic music.

Outside it rains, humdrum, but it suits the story. Just one guy is not bothered by the rain drops; he stands on the balcony, smokes and ponders. This is Rag the writer. He has an idea for a new book and longs to share it with some colleague (you know an idea shared is an idea half realised). With this in mind he phones his friend Tag the writer and begins breathlessly to tell him. Ideas splash onto his head one after the other, strong as the Sofia rain.

N. is a writer and is just finishing his first detective novel. Until now, he has always written books that cannot be fitted into a particular genre and thus fall into the category of "literary fiction." This time is no exception. The book is a whodunit, but is more than your usual crime novel: at once funny and serious, wordy and laconic. The main character, as is typical of N., is a writer who is suffering from writer's block while trying to finish his first detective novel and who turns out to be mixed up in a cop's murder, which he perhaps committed, perhaps not.

"Then suddenly the sea appeared – immense quiet blue space, an abyss of water and sky united behind the tall silhouette of the island of Thassos, it, too, bathed in transparent blue. To the right, the barely visible outlines of Mount Athos were fading away. To the left were the swampy valleys of Sarıbaşan and the marshes of the Mesta River, absorbed by haze, and the dark spots of the Keramoti greenery. In the middle, at the foot of the hill, Kavala was spreading, a giant amphitheatre of white tightly-packed houses looming in a blinding contrast with the inky blue of the sea. 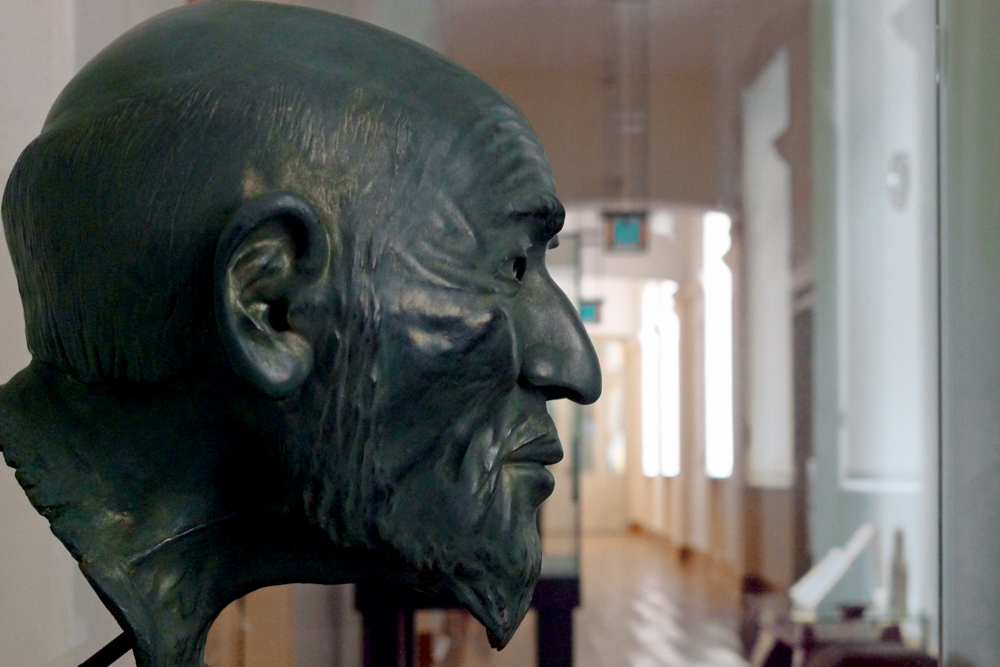 This is where this month's featured writers Ivan Dimitrov and Ivan Landzhev met their American colleagues Paul Vidich and Lee Romer Kaplan back in 2010 and in 2011.

In the spring of 2012, the Elizabeth Kostova Foundation was delighted to provide the opportunity for the writers to reprise their performances in front of new audiences in a new environment, New York City. The Bulgarian Consulate became a stage for the two reunion events. 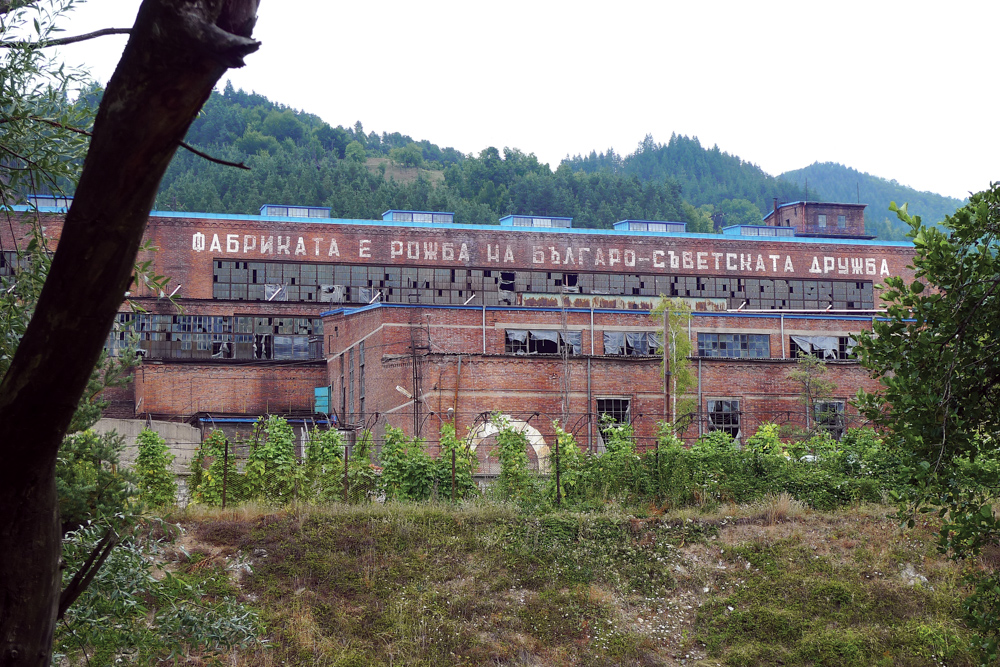 One of the major things that will impress first-time visitors to Bulgaria, especially if they stray off the beaten track or undertake a trip through the countryside on their own, is the huge number of abandoned and dilapidated buildings that no one cares about and that look as if they have just emerged from a major armed conflict. Only that, notwithstanding some sporadic Allied bombing in 1943-1944, Bulgaria hasn't had a "proper" war on its territory since at least 1878 when it gained independence of the erstwhile Ottoman Empire. 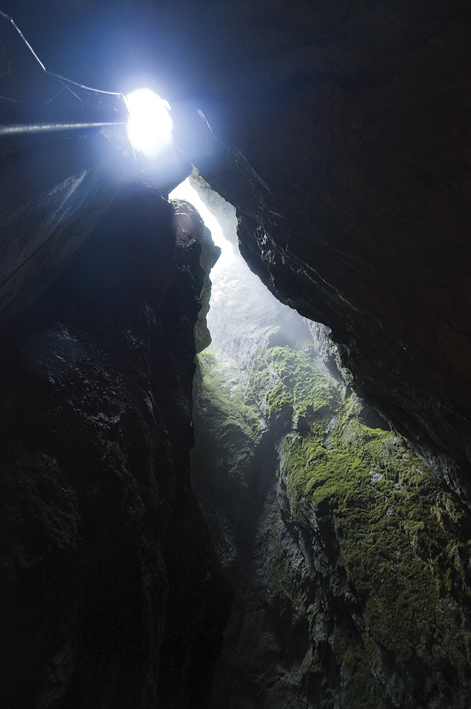 1. Near which Bulgarian town did a weapons depot explode, killing three?

2. Who is the patron saint of the Bulgarians?

A. St Ivan of Rila

3. Orpheus is believed to have descended into Hades through the Bulgarian cave... 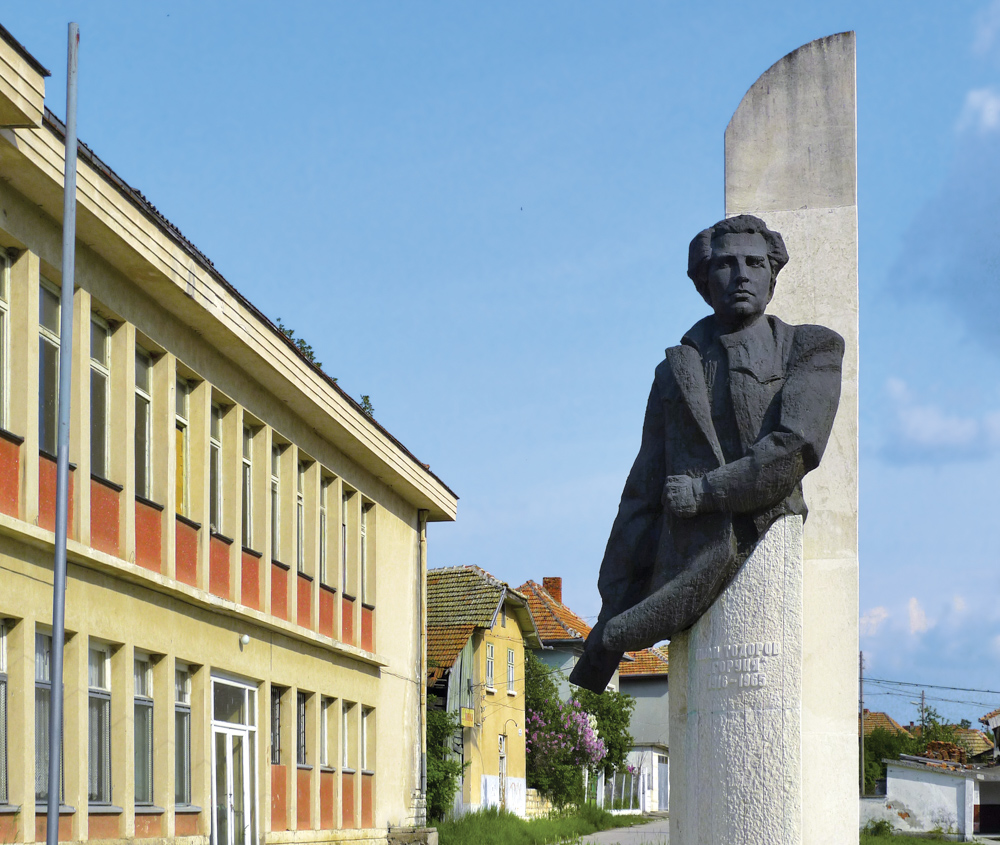 There is hardly a village in Bulgaria without a monument. Those to local victims of the two Balkan and the two World wars are the most common, followed by memorials to Communist partisans and monuments of workers and other "builders of Socialism." There are also the monuments to Revival Period figures, who were usually born or met their end in a particular village. 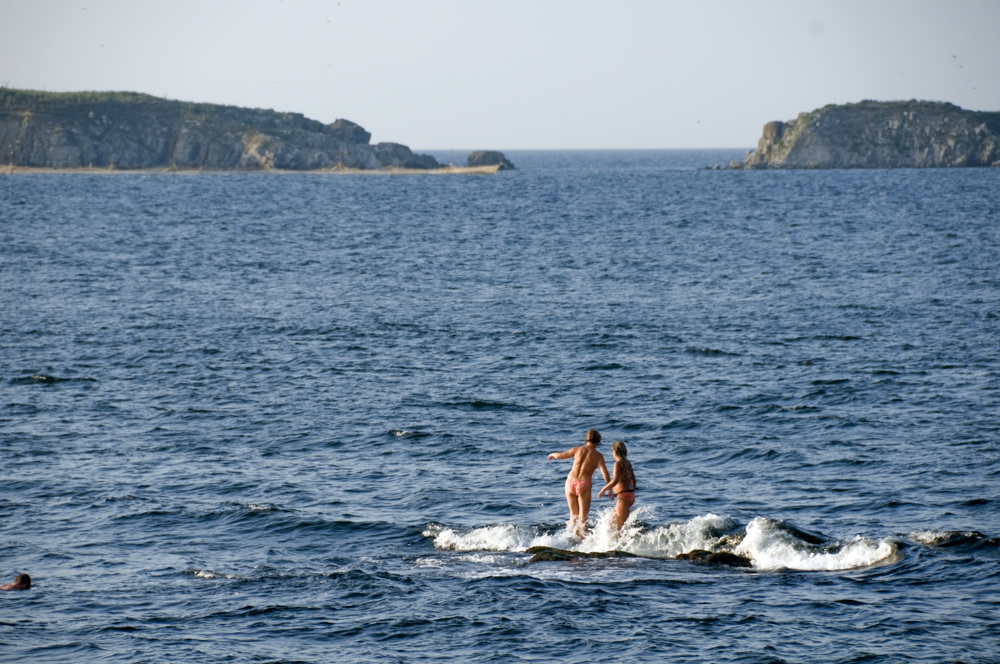 First-time visitors to Bulgaria will probably be amazed to discover one of the striking differences between Bulgaria and its neighbouring Greece and Turkey is that it has no real islands to speak of. Nothing like Greece's thousands of isles and sea rocks, nothing even like Turkey's limited but still significant selection of offshore territories. When God bestowed all its natural wonders on Bulgaria he was very economical with islands. Sad, but true. 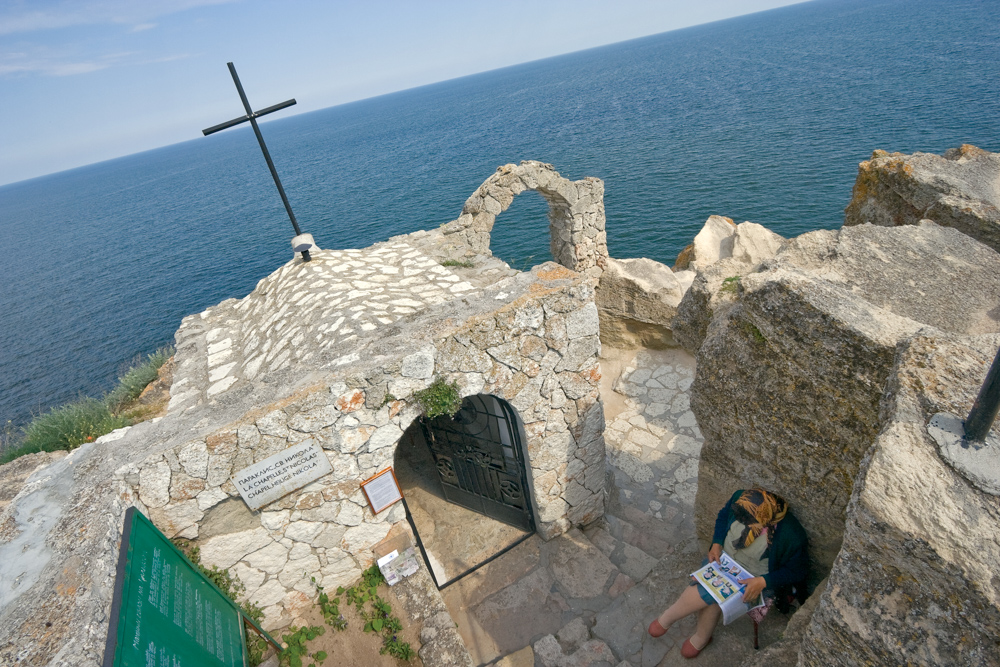 Its dramatic history is topped by the legend of 40 Bulgarian maids tying their hair together and jumping off the steep cliffs to avoid being Islamised by the occupying Ottomans. 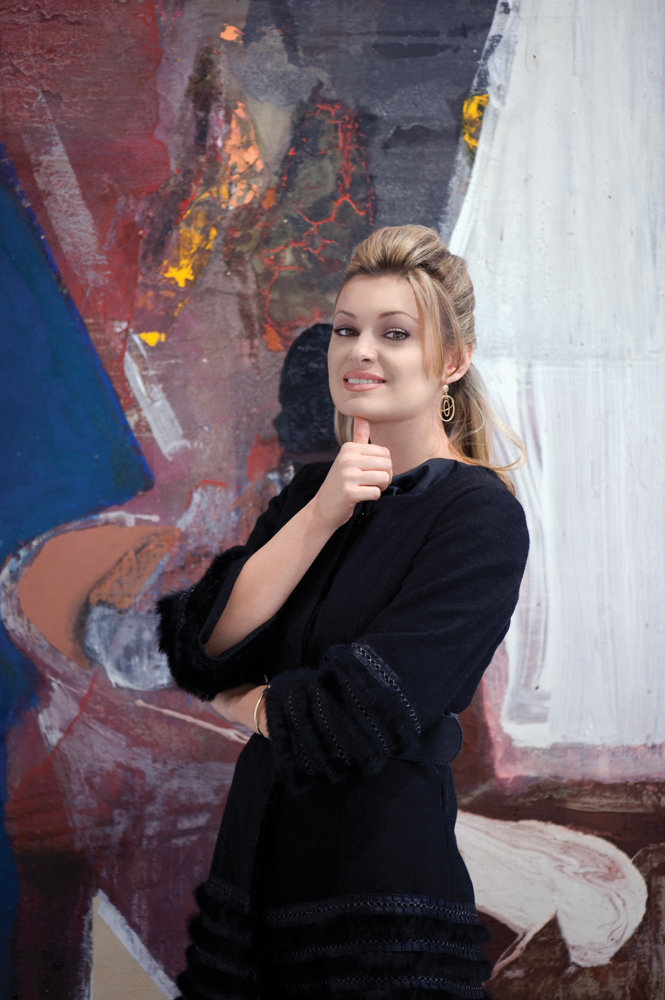 Desislava Moneva is a highly qualified art expert, curator and museum manager. She has curated more than 100 exhibitions throughout Europe and the United States.

Tell us something about your work – what have you done in the past?

Mornings in the Karin Dom Centre in Varna are like mornings in every other kindergarten or primary school. Parents and grandparents bring in their children and grandchildren. Teachers greet them. Jackets and coats are hung on the racks, each under its little owner's name. Children's drawings cover the walls. In one of the paintings, a fuzzy four-legged purple thing teases you to guess what it might be. A hobgoblin, of the cute type? Maybe a sheep? It appears, a Karin Dom lady discloses, that it is actually an aubergine.

This increasingly becomes a ghetto: a social ghetto, a ghetto for the unthinking, a ghetto for those who lack upbringing and who wouldn't have one, a ghetto for simpletons, for arrogant crooks, for degenerates, for marginals, for the helpless, for those like myself who can no longer change their lives when they emigrate and know they can't change Bulgaria if they stay.

After working long hours and munching on supermarket salad for three evenings while slaving away on the computer until the wee hours, I decided to go out and treat myself to a dinner. Knowing that my trip was going to be very busy, I did not carry any book to read, and thus found myself desperate enough to grab whatever tourist literature was available in my Radisson hotel room, with absolutely no hope that it would be even remotely interesting, though it sometimes proves useful as a deterrent for unsolicited conversation.

LETTERS TO THE EDITOR
0 comments

Just after the fall of Communism in late 1989, the government-run Bulgarian media were in a state of both fear and anticipation. Having been a part of the state propaganda apparatus for so many years newspapers, television and radio stations feared the system of repression had not yet gone, but anticipated a forthcoming new one ‒ where freedom of speech would become a Constitutional right. Fear prevailed, however. News of mass pro-democracy rallies taking place in the centre of Sofia went unreported by local journalists.

At first sight, this looks like an improbable chain of events that ended in tragedy, such as could happen anywhere in the world. However, the details expose what many Bulgarians would see as a typically Bulgarian mixture of stupidity, negligence, poverty and criminal indifference that has come to characterise life in the EU's newest member state over the past few years. 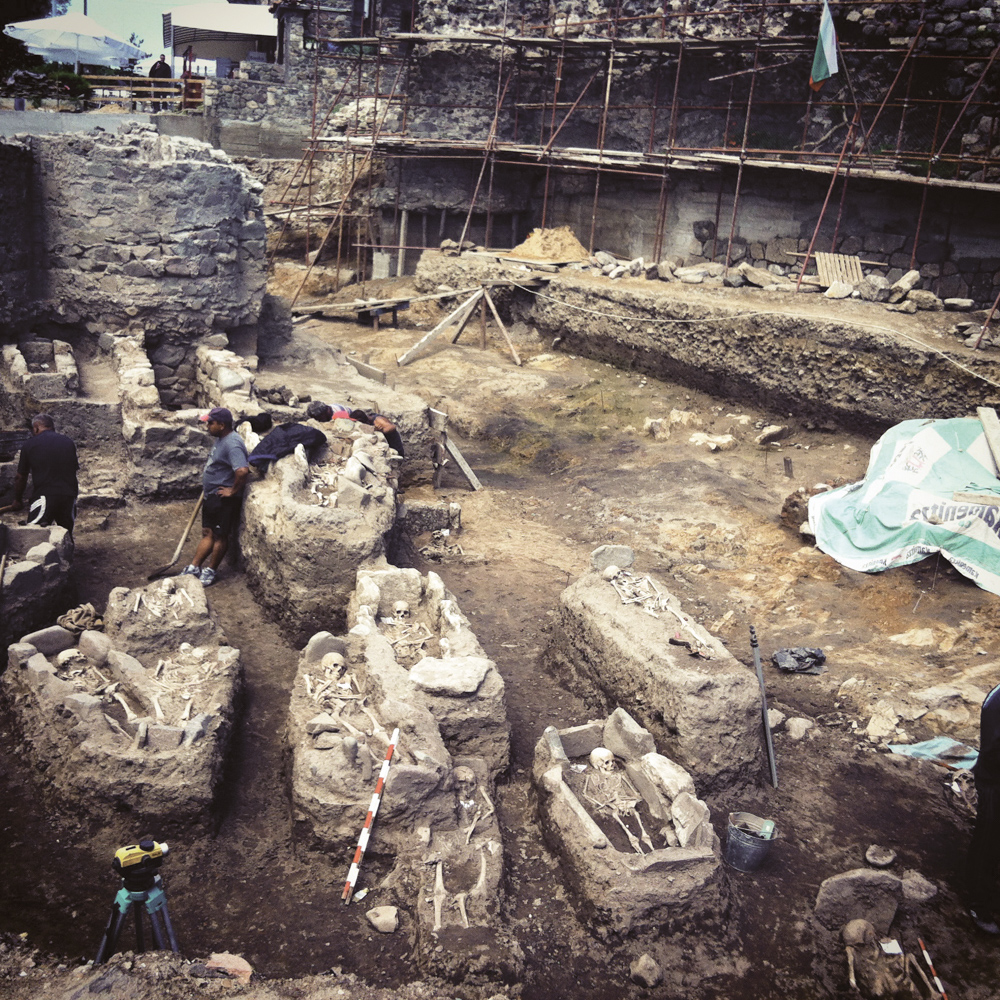 Again in Sozopol, the birthplace of National History Museum chief Bozhidar Dimitrov, excavations unearthed a series of graves, almost intact, in which an alleged vampire was buried. What led Dimitrov to conclude that the skeleton in question was a would-be "vampire" was a metal road piercing the chest of the man. 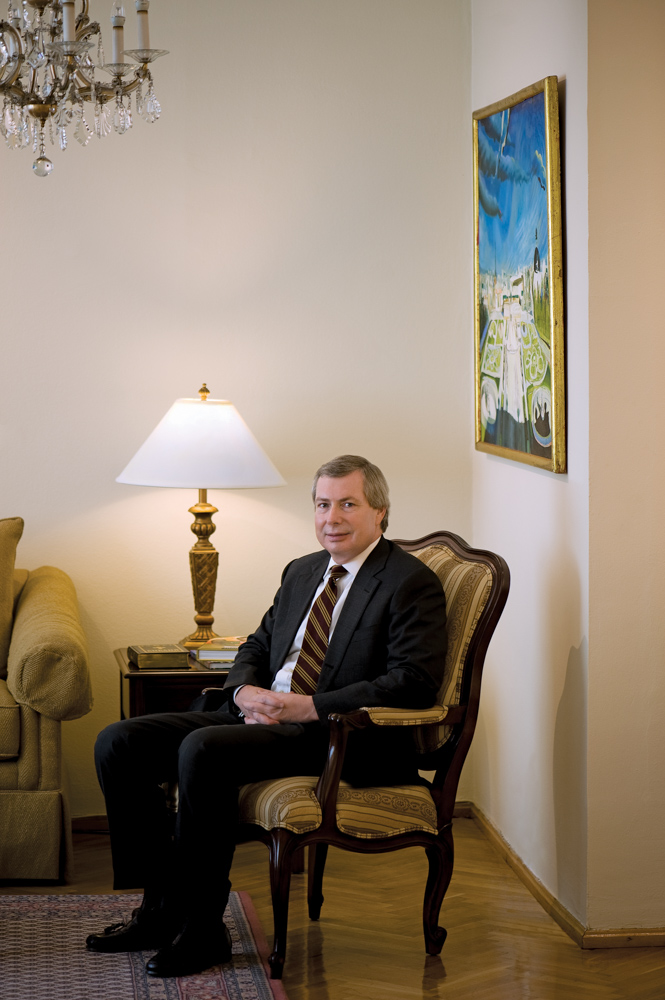 On an afternoon with sub-zero F temperatures, at Boyana church on the outskirts of Sofia in January 2010, I met the man who was to become the next ambassador of the United States to Bulgaria. It was only his second day in the country, yet James Warlick, on his ordinal ambassadorial posting abroad, already had a tight agenda. We admired the amazing ecclesiastical murals dating back to the Middle Ages, we visited Bozhidar Dimitrov's National Museum of History, and then we sat down for a coffee and a chat. That was probably Ambassador Warlick's most relaxed day in Bulgaria. 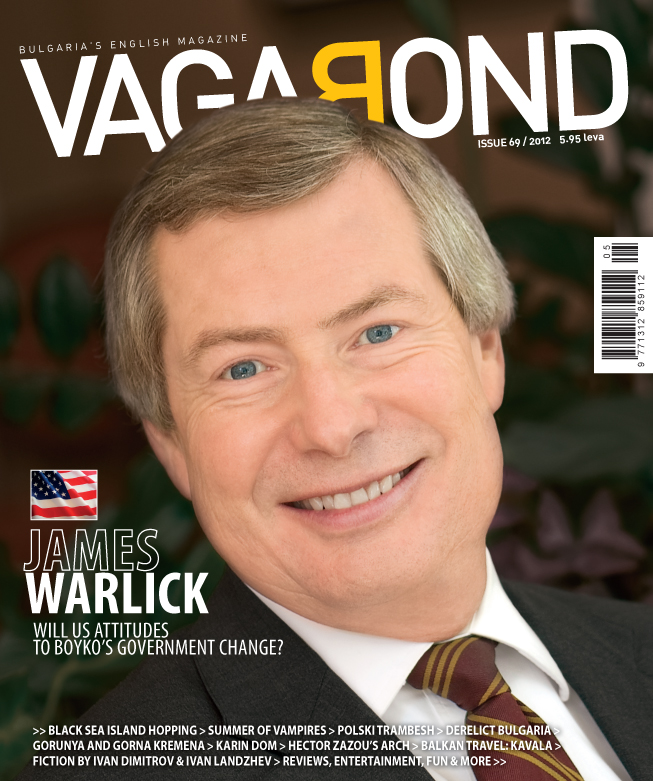 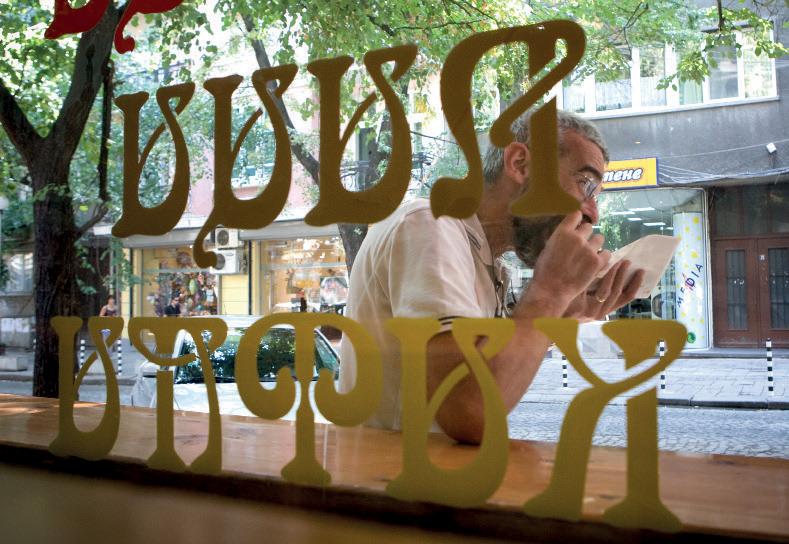 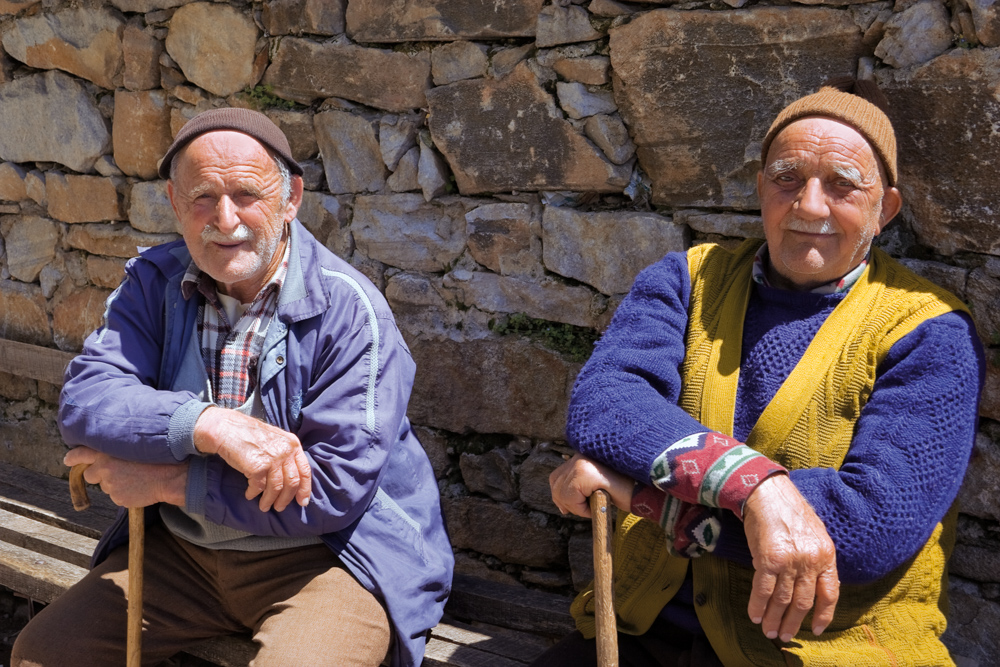