WHO THE F*CK IS GINKA? | VAGABOND Skip to main content

WHO THE F*CK IS GINKA?

Under GERB, life in Bulgaria becomes increasingly absurd as exemplified by the "purchase" of CEZ, the power distribution company that controls the electricity grid of the whole of western Bulgaria, including the capital, Sofia, by a heretofore totally unknown woman, whose first name, Ginka, quickly turned into a byword for graft, corruption and behind-the-scenes deals.

Ginka Varbakova from Pazardzhik, who allegedly had not graduated secondary school, operated a couple of solar power installations plus a few car parks in her native Pazardzhik before the news broke out that she would acquire the assets of CEZ, the Czech-owned electricity distribution company on which millions of Bulgarians depend on for their electricity.

Why CEZ decided to sell its business in Bulgaria remains unclear, but there are reports that the Czechs no longer wanted to be doing business in what is considered the most corrupt country in the EU.

Ever distrustful of their rulers and of the official "news" being beamed at them from television screens, Bulgarians were quick to see yet another (major) instance of graft and wrongdoing being committed on their taxpaying backs. Many thought Mrs Ginka was just a front, a "fuse," as the Bulgarians saying goes, to cover up the really rich and powerful of the day.

Ginka appeared on a major TV station, which was recently bought by another Czech, to explain herself. She happily asserted she was a millionaire and she assured the viewing public that she was the "end buyer" of CEZ, adding she was unable to name her creditors owing to a confidentiality clause.

In the meantime a Czech newspaper, Lidove noviny, reported much of the cash needed to acquire CEZ came from offshore funds, some of which had been the subject of the so-called Paradise Papers.

Sensing yet another huge scandal coming on, Prime Minister Boyko Borisov stepped in and ordered a "full" investigation of Mrs Varbakova's business operations.

Elon Musk in California, in the meanwhile, sent out the tweet appearing above. Bulgarians will never lose their sense of humour, not as long as they continue to be paying premium prices for their electricity. 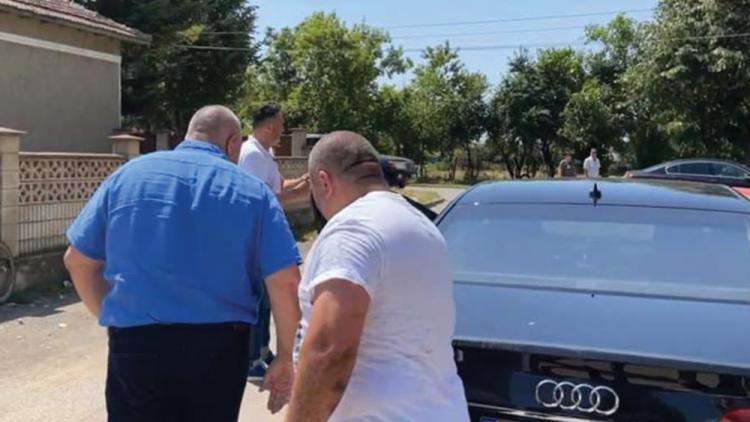