WHAT'S NOT IN A PICTURE | VAGABOND Skip to main content

WHAT'S NOT IN A PICTURE 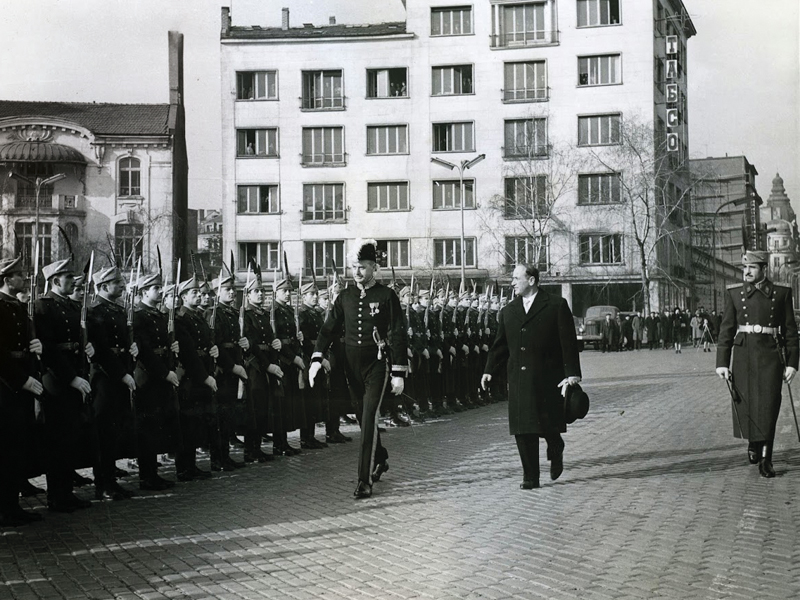 Britain has maintained diplomatic relations with Bulgaria (with interruptions, due to the First and the Second World Wars) since the beginning of the 20th Century, but until the 1960s its envoys were not named "ambassadors." After a series of agents, general consuls, political representatives, high commissioners and so on, the first "real" ambassador, Sir William Harpham, arrived in Sofia in 1962.

The ambassador had to present his credentials to the Bulgarian Government in full and formal diplomatic uniform on a day when the temperature was well below freezing point.

The ceremony included inspecting an honour guard of troops and addressing them in Bulgarian: Zdraveyte, voynitsi!, or Salute Troops, and then Dovizhdane, voynitsi!, or Goodbye Troops. My father, a stickler for precision, practised these greetings in his office, delivering them in an appropriately stentorian voice, and greatly alarming his secretary in the adjoining room who thought he was being attacked.

On the day itself, my mother was appalled at the thought of her husband standing about in subzero temperatures in a uniform which was clearly only just adequate for a summer garden party in Beirut. She pleaded with him to wear an overcoat as he would otherwise inevitably contract pneumonia. He expostulated that, in a Communist country of all places, Her Majesty could not possibly be represented by a man in an overcoat and that the full panoply of gold-leaf decorated uniform had to be on display, whatever the climatic conditions...

A compromise was reached and he agreed to wear, under his uniform jacket, sheets of the airmail edition of The Times, well known for its excellent insulation qualities! He eventually strode forth, visibly resplendent in his regalia complete with bicorn, but secretly enveloped from the waist upwards in the best quality newsprint.

Sir Roger Carrick recalls discovering the secret when translating for my father during the ensuing formal talk with the Bulgarian Communist Party president: "Sitting at a table, and leaning forwards and backwards in animated conversation, His Excellency, by thus flexing his muscles, caused the Thunderer to appear above the diplomatic collar."

* Christine Day is the daughter of the first British Ambassador to Bulgaria, Sir William Harpham (1964-1966). This article is published by kind permission of the British Embassy in Sofia. The original, as well as other fascinating material about British-Bulgarian relations in the past 100 years, can be seen on http://blogs.fco.gov.uk/100yearsukinbg