In the past two centuries, geography, politics and moments of national triumph and tragedy have defined the borders of Bulgaria. The current territory of the Bulgarian nation appeared after the Berlin Congress in 1879, stretched and contracted during and after several wars in 1885-1886, 1912-1913 and 1915-1918, and peacefully set into its current shape in 1940.

Bulgaria's borders include water and land, but the four corners of the country are of particular interest. They present a diversity of landscape with sea, rivers, mountains, lakes and marshes, and can be easily visited. It was not always so. Under Communism they, together with the rest of the border zone, were strictly guarded to prevent Bulgarians and others from the East bloc from escaping to freedom in Greece, Turkey and Yugoslavia.

The place where the Rezovska River flows into the Black Sea became Bulgaria's south-easternmost point in 1913, after a war fought over the European territories of the then Ottoman Empire. The village of Rezovo stands on the Bulgarian side of the river. It is tiny and its beach is even smaller, but the presence of border infrastructure flying Bulgarian and Turkish flags, warning signs and the omnipresent guards make for a memorable experience.

Under Communism, Rezovo was isolated. Outsiders needed a special permit to visit, and locals were not even sure of the name of the closest village on the Turkish side of the border. In the 1980s, Bulgaria and Turkey were on the verge of a military conflict over the mouth of the Rezovska River. The reason: the middle of the river defines the marine border between the two and the areas where the valuable turbot can be fished. To enhance the chances of their respective fishermen, both countries started to divert the course of the Rezovska by pouring tetrapods into it. When they finally stopped, the mouth of the river had changed beyond recognition, and remains so to this day.

Today, visiting Rezovo is easy and tourists visiting the Bulgarian southern Black Sea coast often drop by, for the ubiquitous photo with the flags and the sign banning photography of "foreign territory." There is still no border checkpoint here though one has been promised since the 1990s. 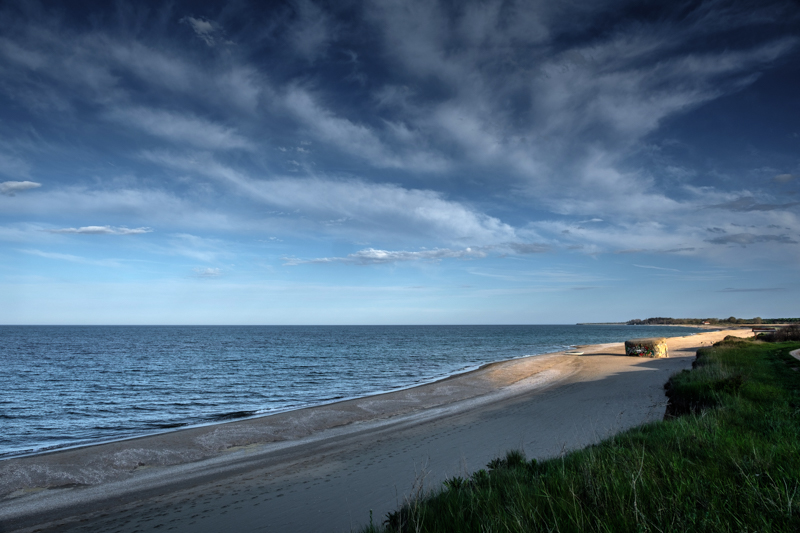 Marshy and covered with lush greenery, a haven for wild fowl, Durankulak joined Bulgarian proper with the 1940 Craiova Treaty. The whole area of South Dobrudzha was a present from Hitler, who took it from his ally, Romania, to gain another one: Bulgaria. A couple of months later, Bulgaria did join the Axis.

Sleepy and nondescript, Durankulak is at the crossing point of several ecosystems: the Black Sea, the Durankulak Lake with its adjacent marsh, the fertile soils of Dobrudzha and the remains of the last primeval steppes in this part of Europe.

Durankulak Lake teems with wildlife and is the location of a prehistoric settlement established 7,000 years ago. Nearby are two of the longest and wildest beaches in Bulgaria; the one to the north is 3 km long and stretches to the border with Romania, while the southern one is 2 km long and ends at Krapets Village. Mosquitoes can make life miserable in summer, but the landscape is enchanting in a subtle way with the sea, the poplar trees and the seemingly endless fields. 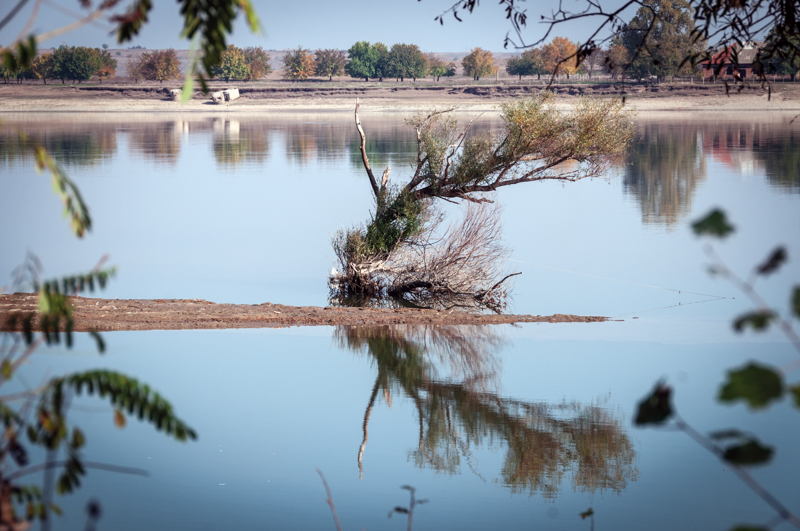 The mouth of the Timok River, where it enters the Danube, has defined the Bulgarian border with Serbia since 1913, when the young Balkans states fought among themselves for what they had seized from the European territories of the Ottoman Empire. The mouth of the Timok is also Bulgaria's northernmost point.

The landscape is quiet and idyllic: poplars, reeds, overgrown islands, mud sculpted by the Danube's flow into phantasmagorical shapes, the sight of the low lands of Romania on the opposite bank of the Danube and, of course, the mosquitoes.

Unlike Rezovo, there are no large Bulgarian and Serbian flags fluttering over the mouth of the Timok. Border guards are largely invisible.

Under Communism things were different. Socialist Yugoslavia was more liberal than Communist Bulgaria and many escaped to the West through it. 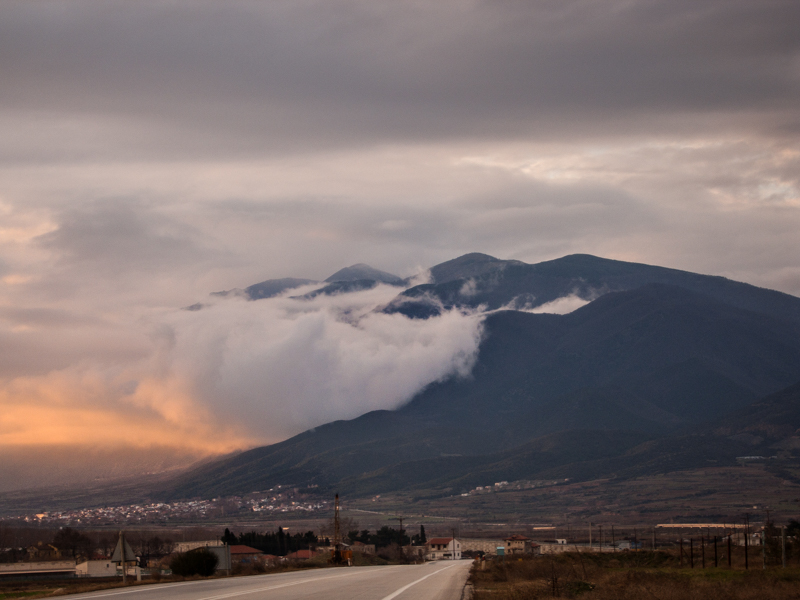 The Belasitsa range is divided between Greece, North Macedonia and Bulgaria, and the latter holds only 20 percent of its mass. The border here was set in 1919 by the devastating Treaty of Neuilly that put an end to Bulgaria's efforts to gain more territory in the Balkans. The borders of the three states meet at the 1,880-metre Mount Tumba.

The Bulgarian part of the Belasitsa range is a national park preserving a century-old forest of oak, chestnut and plane trees. The closest town, Petrich, is famous for the house and museum of the blind clairvoyant Vanga. In nearby Rupite locality are the remains of the ancient city of Heraclea Sintica, some hot mineral springs and the St Petka Church built by Vanga in 1994 and now a place of pilgrimage.

Center of Bulgaria No. 1: Karlovo 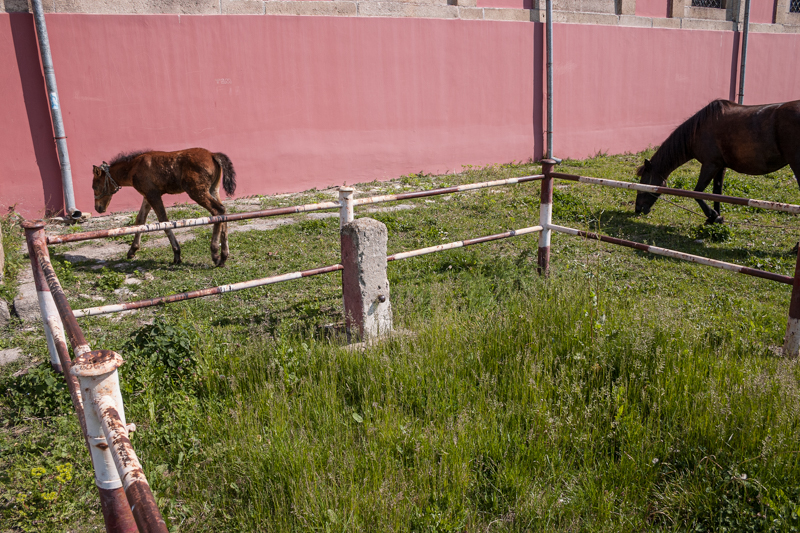 Finding the corners of Bulgaria is easy. Discovering its actual centre is a bigger challenge. Until 1991, a spot in central Karlovo, a town on the plain between the Stara Planina and the Sredna Gora mountains, was deemed to be the point in question. Its coordinates are 42°38'11"N and 24°48'24"E (w3w: treat.tiles.maternal). In fact, Bulgaria's true centre is elsewhere, but the Karlovo spot is still marked with a small pyramid in the yard of the church of St Nicholas.

In the 19th century Karlovo was a centre of Bulgaria, metaphorically speaking. At the time when Bulgarians were still under Ottoman control, the town was a hotbed of emerging Bulgarian national culture, economy and identity. The textile industry thrived and new middle class families produced prominent cultural, educational, business and religious figures. In 1837, Bulgaria's greatest national hero, the revolutionary Vasil Levski, was born in Karlovo. The grave of his mother, Gina Kuncheva, is also at the church of St Nicholas, opposite the marker for the centre of Bulgaria.

A significant part of 19th century Karlovo has been preserved, which makes visiting a pleasure. If possible, come in late May and early June when the environs are heavy with the smell of oil bearing roses in full bloom.

Centre of Bulgaria No. 2: Uzana Locality 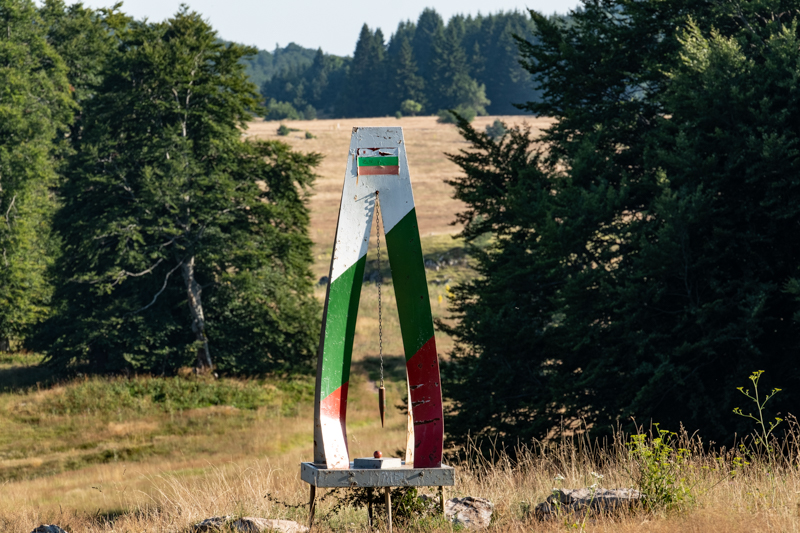 In 1991 researchers used a combination of six geodesic measurement methods to locate the true centre of Bulgaria. It is in Uzana locality, deep in the Stara Planina mountains, at 42°45'51"N and 25°14'18"E (w3w: sectioned.couple.refereed). A pyramid now marks the place.

Considered to be the largest alpine meadow in the Stara Planina, Uzana is at an altitude of 1,220-1,350 m and is a year-round destination for those who crave some fresh air and contact with unspoilt nature. There are several places where you can stay.

The nearest city, Gabrovo, is the location of the hilarious Home of Humour and Satire. Other places of interest around are the 19th century Sokolovski Monastery, the Etara ethnographical openair museum and the traditional village of Bozhentsi.

Read 163 times Last modified on Monday, 24 February 2020 09:01
Published in Vibrant Communities
More in this category: « TEMPLE WITH WATER WELL PLANT FROM THE PAST »