Lyudmila Zhivkova was depicted next to national poets Ivan Vazov, Peyo Yavorov and Hristo Botev in The Fire mural by Hristo Stefanov in Hall 7 of the NDK. The central figure in the mural represents a firewalker: Zhivkova, who was keen on mysticism, famously commanded: "Think of me as fire"

Her father's daughter who imposed her own mediocrity on Bulgaria's culture? Or a forbearing politician who revived interest in Bulgaria's past and placed the country on the world map? Or a quirky mystic? Or a benefactor to the arts?

The assessment of Lyudmila Zhivkova, Communist dictator Todor Zhivkov's daughter, is more contentious than is customary for the public figures of Communism. What she did to Bulgarian culture in the 1970s continues to leave its imprint on public and social life, and even on the standpoints from which the nation views itself.

Born in 1942, Lyudmila Zhivkova was interested in the liberal arts. She graduated history at Sofia University in 1965. Her father's position as the head of Communist Bulgaria opened her way into academia. She specialised in Moscow and at Oxford, she worked for the Bulgarian Academy of Sciences and she authored several books. When Todor Zhivkov's wife, Mara Maleeva, died in 1971, Zhivkov allocated his daughter the role of a female epitome of the regime. Lyudmila Zhivkova embarked on a lightning political career. She started as a deputy chairperson of the Committee for Cultural Links Abroad (1971), then she was promoted to head the Committee for Arts and Culture, in effect a ministerial position (1975), then she became a member of the Central Committee of the Bulgarian Communist Party (1976), and of its Politburo (in 1979).

Lyudmila Zhivkova acted with a sway previously unseen in Communist Bulgaria. Her initiatives focused primarily on this country's ancient and medieval past rather than on the history of the Communist movement, and their aim was to stir up patriotism. The megalomaniacal construction works associated with the 1,300th anniversary of the foundation of the Bulgarian state in 1981, the International Children's Assembly and the traveling exhibitions of Thracian art were just the visible tip of her activities. Out of public sight, Zhivkova was keen on esoteric and mystic ideas inspired by Nicholas Roerich (1874-1947), the controversial Russian painter, theosophist and public figure. Zhivkova created her own inner circle of intellectuals, artists, writers and historians, many of whom are active and/or in senior positions even today. She also became a frequent visitor to Vanga, the blind clairvoyant from Petrich. Her interest in non-European cultures prompted boosted contacts with India.

In 1979, she started the Banner of Peace Assembly, an international children's arts festival meant to affirm Bulgaria's prestige abroad. The arrival of children from 79 countries was trumpeted as a huge success. The festival became a regular event that was held until 1989. The assembly has left but one material remnant, the International Children of the World Park, popularly referred to as The Bells. It was erected in just 30 days on the outskirts of Sofia, and was inaugurated alongside the first assembly, on 16 August 1979. It had 68 bells, each a gift from the home country of the participating kids. In time, the number of bells exceeded 100. 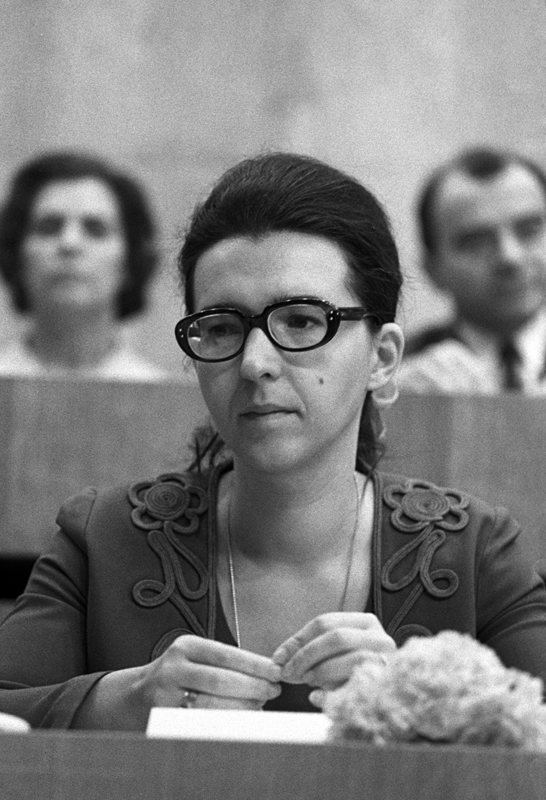 While Zhivkova was seen as working to elevate the international standing of Bulgaria outside the patronising shadow of the USSR, her activities also had a darker side. She set up an agency called Cultural Heritage whose aim was to trace illegally exported cultural artefacts and bring them back to Bulgaria. However, it also operated the other way round and became a contraband channel for itself. Far more outreaching was her impact on Bulgarian culture and especially on the way Bulgarian history was being viewed. The pathos that characterised her celebratory events embossed the public consciousness to an extent that any public debate about Bulgaria's history based on facts and analysis rather than on a set of "patriotic" ideas is impossible even today.

In the 1970s the Bulgarians perceived eccentric Lyudmila Zhivkova, who wore a turban on her head, mainly with bemusement. They were interested in her private life especially after her second marriage to Ivan Slavkov, a former sports reporter and a well-known bon vivant who behaved as if he was her exact opposite. Lyudmila Zhivkova's sudden death in 1981 changed those attitudes. Rumours were put into circulation: was Todor Zhivkov's daughter assassinated by the KGB because of her policy to distance Bulgaria from the USSR or because of her penchant for Agni Yoga, which had been outlawed by the USSR, or because of both?

Zhivkov was quick to make his dead daughter a part of his own personality cult. The People's Palace of Culture, or the NDK, in Sofia was named after her. Her face was put on a huge mural called The Fire, where Lyudmila Zhivkova is in the company of Cyril and Methodius, Ivan Vazov and other Bulgarian historical personalities. Schools throughout the country were bedecked with run-of-the-mill copies of a portrait of Lyudmila Zhivkova, all dressed in white, surrounded by kids from around the world, the figure of the delectable mother who was also a benefactor. 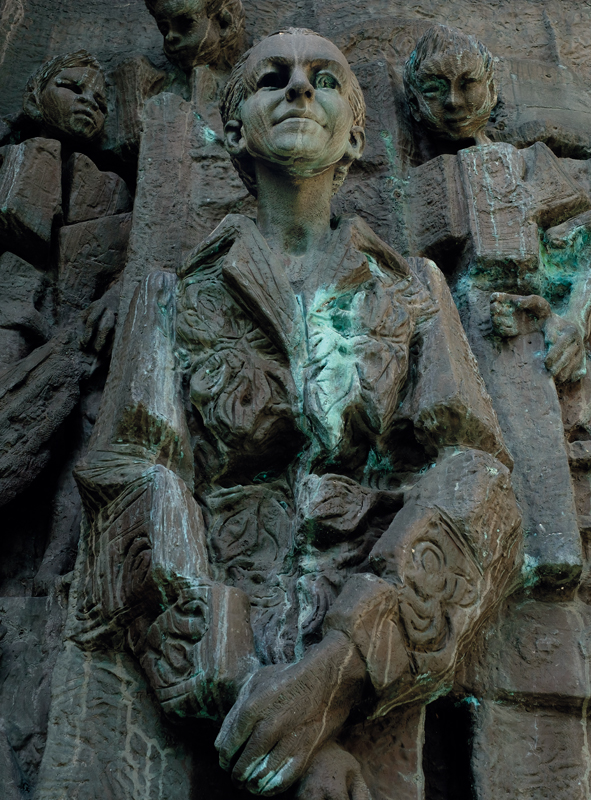 A portrait of Lyudmila Zhivkova at The Bells compound on the outskirts of Sofia. In keeping with the personality cult style she was shown as a protective mother of children all over the world

Following the collapse of the regime the negative perception of Lyudmila Zhivkova broke out into the open. However, the economic difficulties, uncertainties and the identity crisis the Bulgarians experienced in the 1990s changed things back again. Even in the late 2010s the rumours about Zhivkova's "mysterious" death are very much alive and kept in circulation by the tabloids, and the nostalgists romanticise her as a "nationally responsible" politician. The contention transpired at a conference dedicated to her at Sofia University in 2012. The event set off a fierce battle between its participants and some anti-Communists who billed it an attempt to rehabilitate Zhivkova.

The Children's Assembly was also partially revived. In 1999, Lyudmila Zhivkova's daughter, Evgeniya Zhivkova, who is a fashion designer and a former MP for the Bulgarian Socialist Party, restarted the event. Without the generous support of the state, the assembly could almost go unnoticed, but The Bells are now well maintained. Parents with kids like to stroll around, and even adults find it interesting as some of the bells hanging there belong to countries that no longer exist or have had their names changed. The examples include the USSR, Czechoslovakia, Yugoslavia, Kampuchea. Some bells were installed post-1989, like the ones donated by NATO and The Vatican (2002).