Pavlikeni, a town in north-central Bulgaria, is hardly famous for its attractions, and yet this small, quiet place is the home of one of the most interesting ancient Roman sites in Bulgaria: a villa rustica, or a rural villa, with an incredibly well-preserved pottery manufacturing site.

It was discovered by pure chance.

In 1971, while searching for gold, a group of local treasure-hunters stumbled on the remains of an ancient villa rustica. Instead of gold, they found thousands of broken pottery shards.

What was a bitter disappointment for the treasure-hunters was a boon for archaeologist Bogdan Sultov, who took over the excavation of the site. The treasure-hunters had discovered a major centre for the production of pottery. It was one of the most important discoveries in Bulgaria, shedding light on the economy of the region in Antiquity.

The initial excavations lasted until 1982, and brought to light dozens of kilns for the production of building materials and everyday and luxury ceramics that operated between the end of the 1st and the second half of the 3rd centuries. The craftsmen, working for the owner of the villa, produced with equal skill bricks, tiles and water supply pipes, and fine pottery for everyday use, including children's toys and the expensive terra sigillata vessels. Made of fine red clay and with smooth, shiny surfaces, terra sigillata was decorated with reliefs and was a cheaper (but still pricey) version of cups and vessels made of bronze, silver and gold. 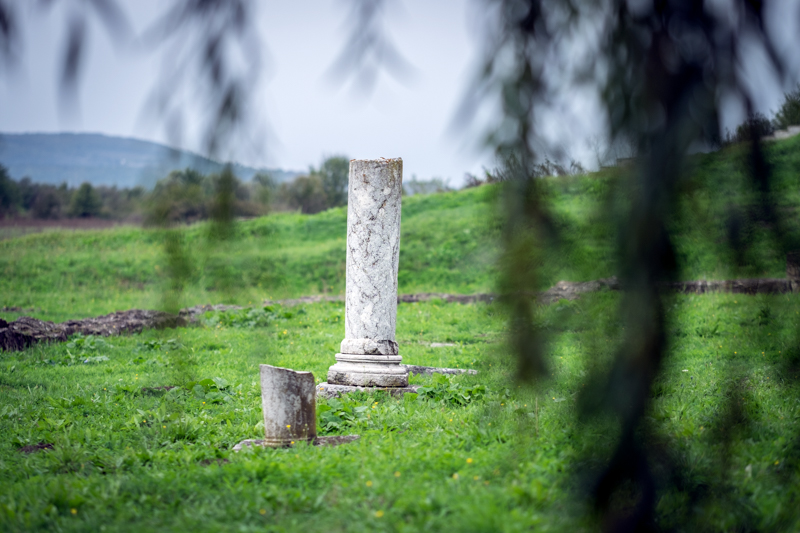 The spacious villa stands in an idyllic countryside

In all, the manufacturing complex and the villa spread over almost 2.5 acres.

A rural villa churning out pottery on an industrial scale sounds strange today, but in Roman antiquity it was normal. All these properties relied on large-scale agriculture or manufacture to survive. Their owners still enjoyed the good life in their pleasant mansions, gardens and baths, separated from the production facilities where their workers lived and toiled.

The products of the pottery near Pavlikeni were sold far and wide. Items have been found not only at nearby sites such as Nicopolis ad Istrum, but also in the provinces of Moesia Inferior, Thracia and Dacia, and as far away as the Crimea.

The reason behind this prosperous business was the abundance of fine clay in the immediate vicinity of the villa. By pure chance, one of the most significant production centres in this part of the empire was preserved almost intact.

Soon after he realised what a treasure he had found, Bogdan Sultov planned for the site to become an open air museum, where visitors could see first-hand the elaborate process of making ancient pottery. This was how one of the most interesting museums in Bulgaria, the Ancient Pottery Centre, came into being.

The museum was severely neglected in the 1990s, when funds for the maintenance of historical sites ran short due to the economic crisis of the transition from Communism to democracy. In 2013, however, the site was renovated and revived. Recent excavations discovered more facets of life on this ancient estate.

Unfortunately, some of the more interesting experiences the museum used to offer are no more. Gone are the days when visitors could see for themselves how clay was dug, shaped into pottery, and fired in kilns in Antiquity. The tradition of important visitors signing wet bricks, which were later fired, is no more, although the wall made of those bricks is still there, one of which bears the signatures of the treasure-hunters who discovered the villa.

The Ancient Pottery Centre is still one of the finest museum experiences in modern Bulgaria, and not only because of its rich history. Located among lush greenery and rolling hills, it is now quiet and picturesque, quite the opposite of what it used to be in Antiquity, when the kilns were constantly ablaze, and dozens of workers bustled around making tiles, bricks, and pottery. 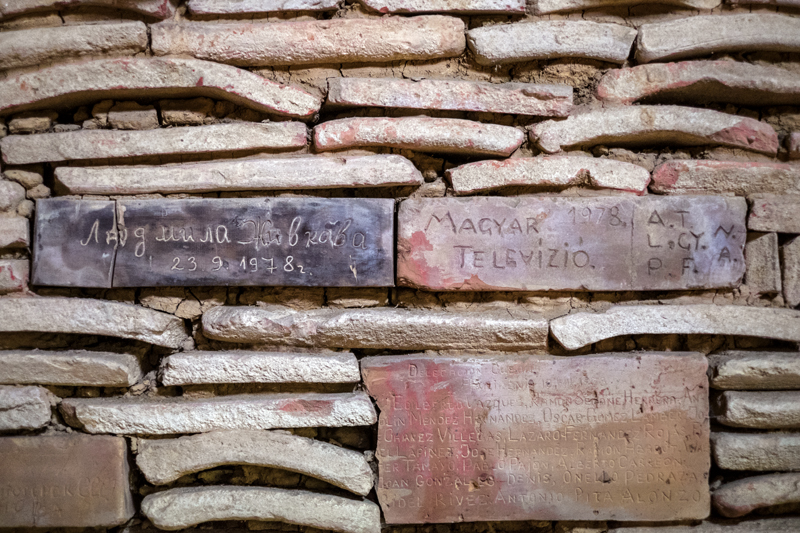 A brick signed by one of of the most famous visitor of the pottery museum, Lyudmila Zhivkova, the daughter of Communist dictator Todor Zhivkov and minister of culture 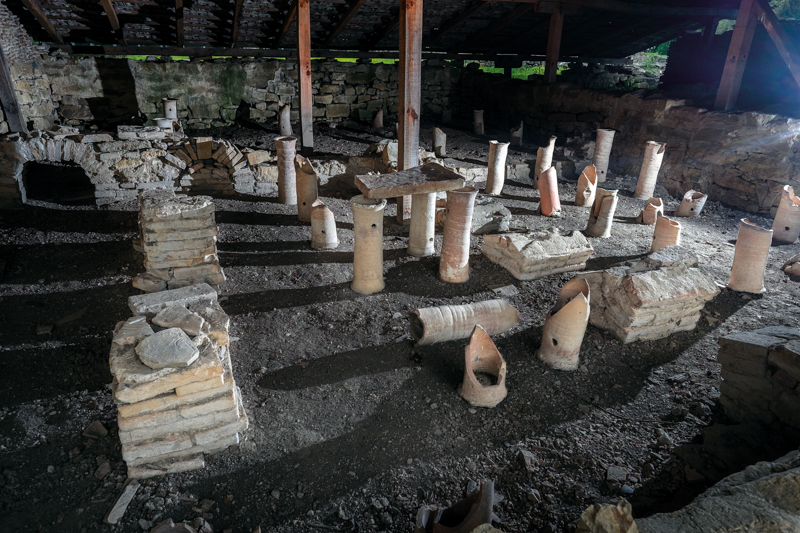 Remains of a room with Roman-style floor heating