The Buzludzha monument is Bulgaria's most recognisable urbex site

Not all ruins are created equal. Regarded as pinnacles of human imagination and dexterity, ancient sites such as the Parthenon, the Great Wall and Stonehenge get scores of tourists and are a source of pride for their home countries. Abandoned modern housing projects, hospitals and factories, however, are perceived as eyesores and as signs of bad planning, bad economic or political luck, a tragedy even. They are not the things a tourist authority includes in its promotional materials.

Yet the sombre aura of desolation and utter despair exuded by modern ruins can be evocative. They simultaneously frighten, disgust and enchant. When walking around spaces that were abandoned mere decades before, we begin to reflect on the people – almost our contemporaries – who used to live and work there, and who then left, leaving behind a soiled rag here, a rusty bed or a desecrated image of a once powerful party leader there. Who were these people? What did they experience there? Such places remind us of the fragility of our own civilisation. Besides their philosophical side, modern ruins have an aesthetic one, too. They are often the perfect setting for a mood photo.

Urbex, or urban exploration, is the name of a current movement concerned with modern ruins, and Bulgaria is one of its star destinations. The country is a fertile ground for the exploration of 20th century ruins. Most were built under Communism: factories, farm cooperatives, mines, tunnels, party houses, monuments. At the time of their construction, they were ambitious projects that underpinned the power of the totalitarian regime and the virtues of its planned economy. After 1989, however, Communism collapsed, and so did the planned economy. Many of these once glorious projects became redundant, and were abandoned.

Part of Bulgaria's urbex heritage, however, belongs to an earlier era. These are industrial and infrastructure sites that were built on the cusp of the 20th century, and were used or repurposed during Communism. They were also abandoned after 1989, mostly because no-one had the money, the imagination or the ability to use them in any meaningful way. That is why so many old industrial sites in Bulgaria are disintegrating, instead of being redesigned as museums or expensive lofts.

Bulgaria's best known urbex site is the abandoned house and monument of the Bulgarian Communist Party on Mount Buzludzha, in the Stara Planina mountains. Ironically, until the collapse of Communism, Buzludzha was a powerful symbol of the party's supposedly eternal grip over the nation. 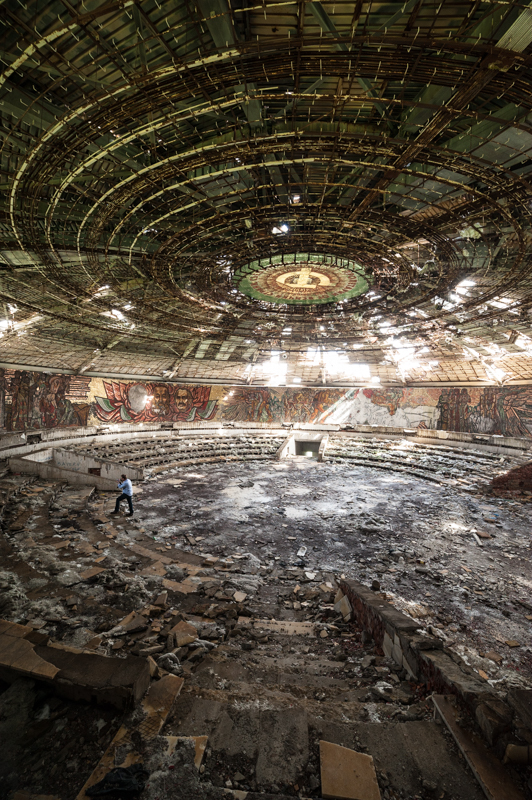 Buzludzha's interior was accessible until recently, but is now sealed off for safety reasons

The memorial was built in 1981 to celebrate the 90th anniversary of the establishment of the Socialist movement in Bulgaria. The massive structure was visible from afar. Its circular assembly hall had a diameter of 42 metres and was 14.5 metres high. 70- мetre-tall concrete pillar rose next to it. It was decorated with 12 -мetre-tall red stars.

The monument had an interior to match, with plush furniture and expensive artwork, including propaganda mosaics by the best artists of the day.

After the collapse of Communism, in 1989, the building quickly lost its glory: there was no longer a party to claim the place as its own. As economic crisis followed economic crisis and unemployment surged, people robbed the Buzludzha monument of everything that could be sold for even a tiny profit.

In the 2000s, photographers and adventure seekers discovered the abandoned monument. They wandered around its ruins, and spread the word via the emerging medium of the Internet.

Today, as the monument's roof is collapsing, access to the inside of the building is banned. However, photographers always find a way in. Strictly speaking, you are trespassing. If you dare do it, do bring a hard hat and a rope, and never go alone. You've been warned. 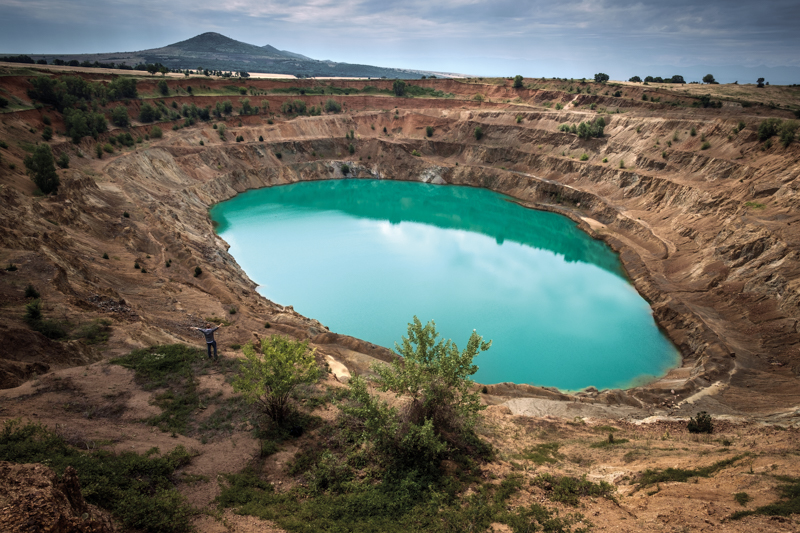 Among other things, Communism was about industrialisation. The country was combed for deposits of precious metals and other resources. The King Asen Non-Ferrous Metals Quarry, near Pazardzhik, was one of those projects. The source, however, was eventually exhausted. The pit was abandoned and rain and time turned it into a lake. Its strange blue colour is one of the reasons why locals claim that the quarry "contains the whole Periodic Table of Elements." After heavy rain, the abandoned quarry sometimes floods, polluting the River Luda Yana that provides the water supply for the neighbouring villages.

Access difficulty: Easy. Park by the road and walk.

One of Bulgaria's most atmospheric set of ruins is located on an island.

Or, more correctly, a former island.

The islet of St Kirik is in Sozopol's main harbour and was the original site where, in the 6th century BC, the town's predecessor was founded. As time passed, people moved to the mainland. In 1924, a school to train fishermen was set up on St Kirik. Officially, it was supposed to provide a vocational education to young Bulgarians from the mainland who had settled on the Black Sea coast after the exchange of populations with Greece after the First World War. Unofficially, however, the island was a training base for navy officers. At that time, the 1919 Treaty of Neuilly-sur-Seine had ordered Bulgaria, a defeated country in the Great War, not to maintain any military forces. In 1927, a wharf was built, connecting the islet to the mainland.

The naval college moved to Varna in 1940. Under Communism, the building became a military base, and in 1965 was declared a monument of culture. However, it has been abandoned since the base closed in the 2000s. Ideas for turning the island and the former navy base into a tourist attraction have yet to materialise.

The tip of the island is now used by the Bulgarian Border Guard service. Consequently, the armed guard at the entry of the causeway will not let you in.

Access difficulty: High, next to impossible. You risk arrest if you try to enter.

Oil fields? In Bulgaria? Today its sounds like a fantasy, but under Communism it looked like a possibility, at least for several years. 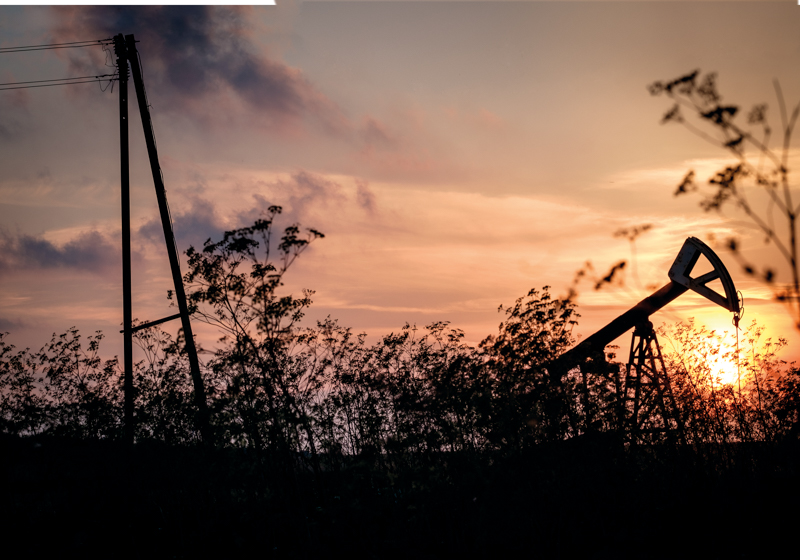 In 1951, oil was discovered near the small northern Black Sea coast village of Tyulenovo. Drilling started, and in 1960 a pier to load crude oil onto Soviet tankers was constructed near Shabla.

The joy was short-lived. The oil deposits turned out to be small and substandard.

The field was abandoned, but dozens of drills and tanks were left to rust along the road between Shabla and Tyulenovo. Poking up out of the overgrowth, they formed a surreal landscape. Visitors even took showers with the hot water that pumps still brought from underground. 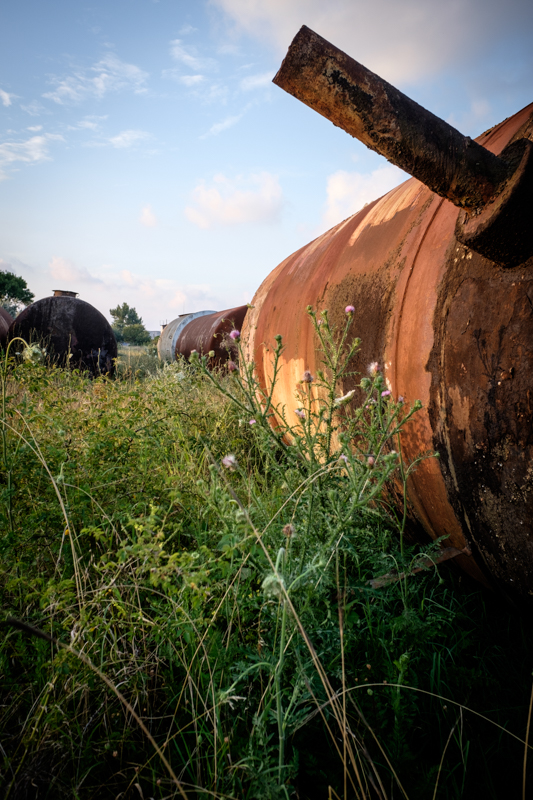 Today most of the remains of Tyulenovo's failed oil field are no more. Most were sold for scrap to make space for the new energy fad, wind turbines. Until recently, the Shabla pier was deteriorating, too, but in 2016 it was revamped for tourism.

Today, when ships have to die, they are sailed to India and Bangladesh. There they are dismantled in one of these nations' infamous scrap yards. Bulgaria had its own ship scrap yard, too, near Varna. When it was in full operation, it was both frightful and astonishing, packed with the rusting remains of vessels large and small. 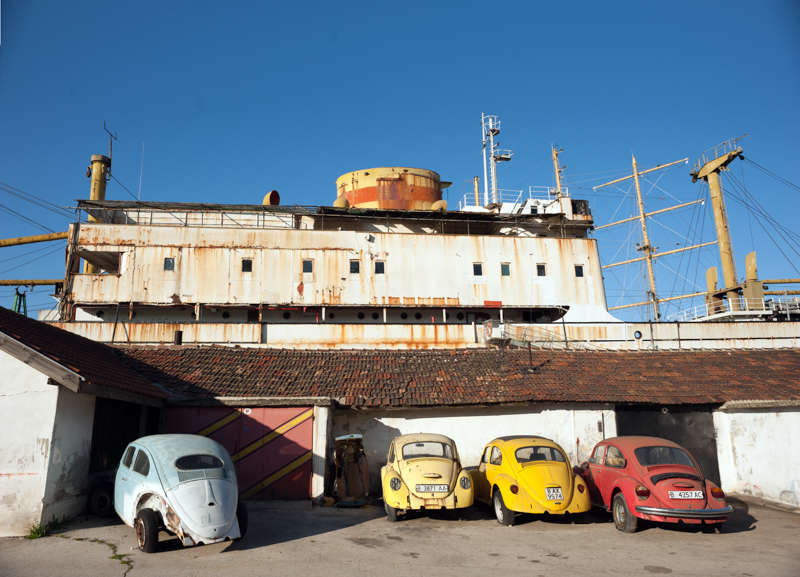 Now, due to EU legislation, no ship can be dismantled on EU territory. Consequently, the Varna Ship Scrap Yard has closed. The area, however, still bears traces of its past, with the remains of ships scattered here and there.

Access difficulty: Moderate. If you find the way, you can observe from the sidelines but will be unable to enter as the site is now private property.

In 1953, a fleet of fighter aircraft was stationed at Ravnets airport, near Burgas. It used to serve as the defence of Bulgaria's southern maritime border with NATO-member Turkey. The airbase was closed in 2001. 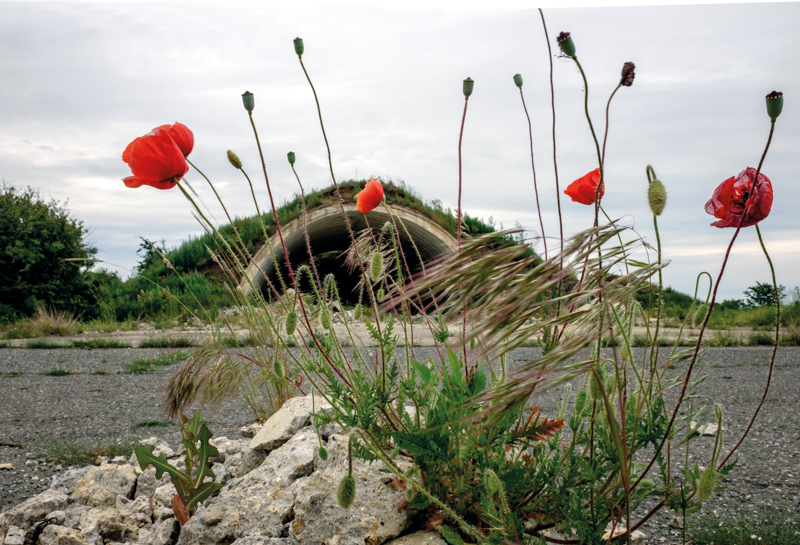 A huge runway and at least a dozen hangars remain in various stages of dilapidation. Surrounding them are many modern ruins of residential buildings where the servicemen used to live. One of them went on to become Bulgaria's current president, Rumen Radev.

With its dilapidated façade still bearing fading traces of former neo-Baroque charm, the Kazichene railway station is a sad sight. It is hard to imagine that the building is a monument of culture and a museum. Once, it was used exclusively by the Bulgarian royal family, who lived in the nearby Vrana residence, on the outskirts of Sofia. There was even a narrow-gauge line that connected the residence and the station.

At that time Kazichene was referred to by the public as The Royal Station. It also witnessed some important events in Bulgarian history. On 3 October 1918, the day of his abdication, King Ferdinand (1887-1918) boarded at Kazichene the train that would take him away from the country he had ruled, never to return. His grandson, the eight-year-old King Simeon II (1943-1946) did the same, on 16 September 1946, a few days after a referendum proclaimed Bulgaria a "people's republic," although he did return many years later.

Today young Bulgarians travel freely and study abroad. Under Communism, however, their peers had really only one, limited option to meet other young foreigners: to be sent on a two-week vacation to the International Youth Centre at Primorsko, on the Black Sea. Established in 1955, the Georgi Dimitrov International Youth Centre was to foster contacts between young people in the East bloc. It did so quite successfully. Every summer for the following decades it was a place where thousands of young people enjoyed the sun, the sea, and the discos. In the 1970s and 1980s, when the complex experienced its finest years, it was frequented by "seagulls," the slang for local Bulgarian men who would spend the whole summer at the seaside in pursuit of relationships with foreign girls, of whom the Czechs, the Poles and the East Germans were the most popular.

After 1989 the Youth Centre in Primorsko was privatised. Today some of its facilities are hotels and bungalows, but many of the former buildings are ghostly ruins. Access difficulty: Easy to moderate. If you go in summertime your main obstruction will be the brambles and the cornets that will try to eat you alive.