Choosing your next travel destination in Bulgaria is tough. If you are yet to become acquainted with this country, it is easy to get lost in all the opportunities.

Fear not, and brace for some destinations that deserve visiting – and bear revisiting.

Yaylata Plateau when the peonies bloom 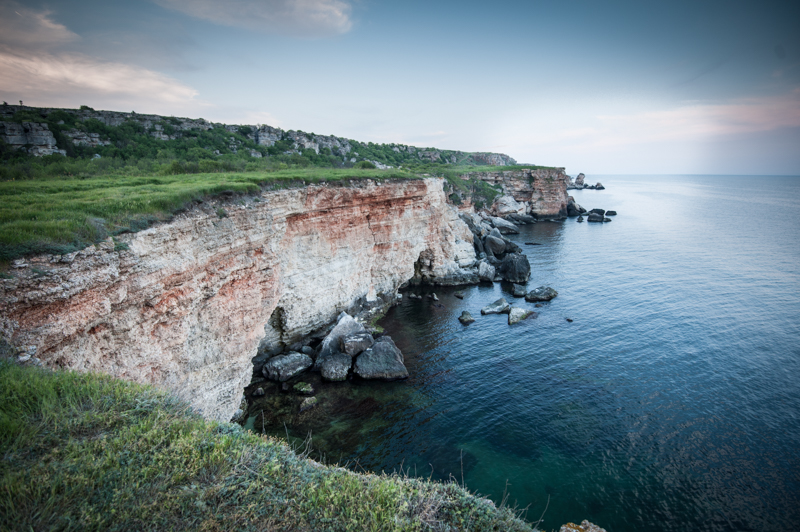 Where: The northern Black Sea coast near Kamen Bryag village

What: Yaylata is hands-down the most picturesque part of Bulgaria's Black Sea coast. The plateau of rugged reddish cliffs rises 60m above the sea, an enthralling if a bit scary patchwork of rocks, coves, prehistoric rock graves and a late-Antiquity fortress. The plateau's wildlife is a match to its beauty. Yaylata is the southernmost part of the great Eurasian steppes, and is a home to a diversity that only the meeting of marine and steppe habitats can provide. It is also at a major bird migratory route.

Why visit? Yaylata is worth visiting year round. Its severe beauty, however, becomes gentler in late May and early June, when wild peonies are in full bloom. 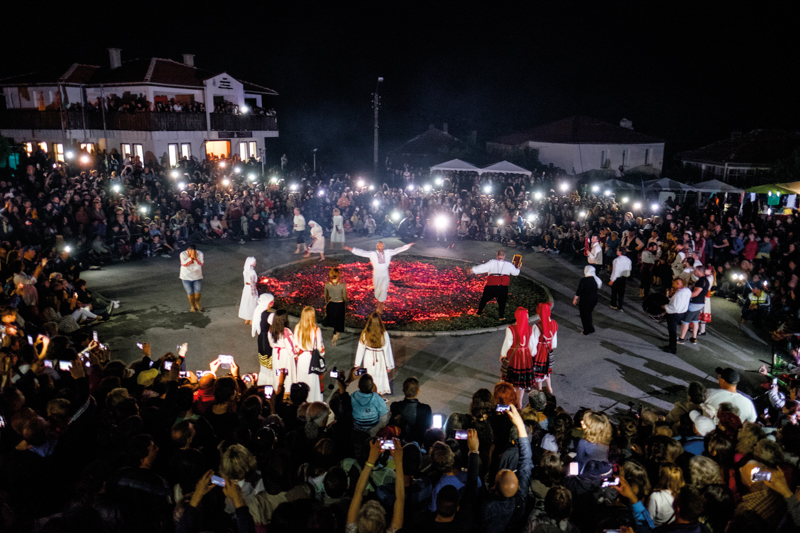 Where: Balgari Village, in the Strandzha

What: For many years the inhabitants of the Strandzha mountain have celebrated the feast of the Sts Constantine and Helena with a peculiar rite. The icons of the saints get solemnly taken for a "bath" in a sacred spring. In the evening, men and women, called Nestinari, take them in their hands. Under the mesmerising sound of a bagpipe and a drum, they enter a large circle made of living embers. Then they dance, barefoot. They leave the circle unscathed. Due to the modernisation and depopulation of the Strandzha, the authentic Nestinari tradition is now practiced mostly in the village of Balgari, on 3 June. All other Nestinari dances you might see in traditional restaurants along the Black Sea coast and elsewhere are a tourist trap.

Why visit? If watching people dancing barefoot in living embers is not inspiring enough for you, nothing will be.

Buzludzha House and Memorial of the Bulgarian Communist Party 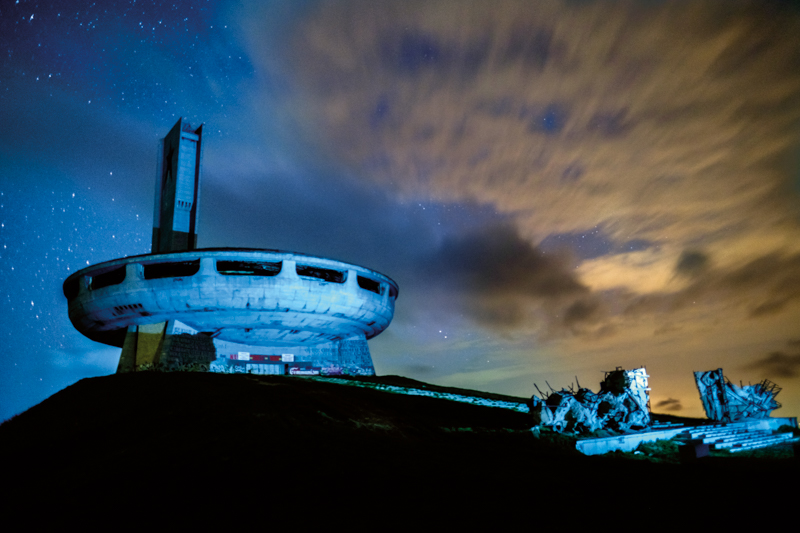 Where: Near Shipka Pass in the Stara Planina

What: In 1981, the Bulgarian Communist Party celebrated the 90th anniversary of its establishment with a project that should symbolically have cemented its eternal power over Bulgarians. Atop one of Stara Planina's peaks it erected a monument designed to awe and to be seen from far and away, with a large circular hall and a 70-metre-tall pylon of exposed concrete. No cash was spared for the effort. Less than 10 years had passed since completion, however, when history radically changed. In 1989, democracy "arrived" in Bulgaria. The Buzludzha monument was abandoned and vandalised. It remains so, a poignant symbol of the failure, not the eternal glory, of Communism.

Why visit? How often can you see in real life one of the atmospheric, dystopian ruins in the World's Best Abandoned Buildings lists that are all over Bored Panda and its ilk? 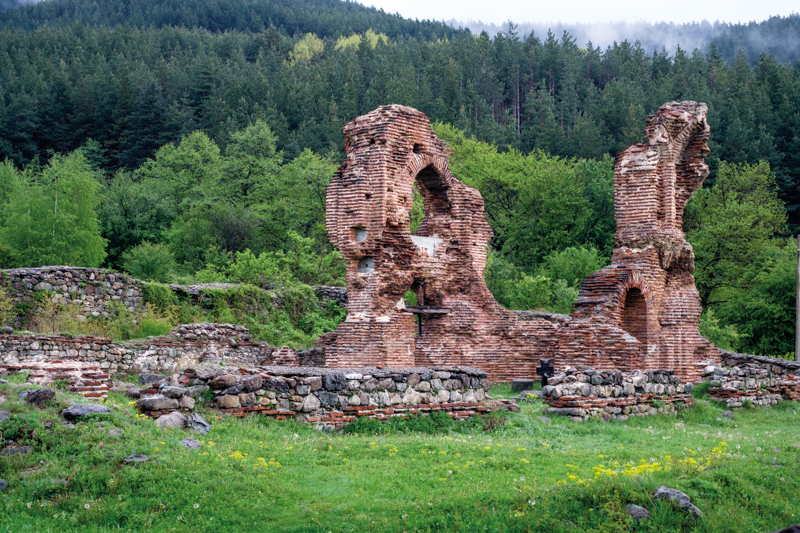 Where: By the E871 road, between the town of Pirdop and Anton Village

What: Unexciting is an obloquy one can easily attach to Pirdop. Just outside this drab town, however, you will find one of the best preserved and least visited late-Antiquity monuments in Bulgaria. When Christianity spread in these parts of what at the time was the Byzantine Empire, a large church was built in this location. Later, it became the centre of a monastery that existed until the Ottomans destroyed it in the 17th century. What remains of the church still stuns: mighty brick-and-mortar arches rising among lush undergrowth against the backdrop of the Stara Planina mountain.

Why visit? The ruins are picturesque, melancholic and deserted most of the time. 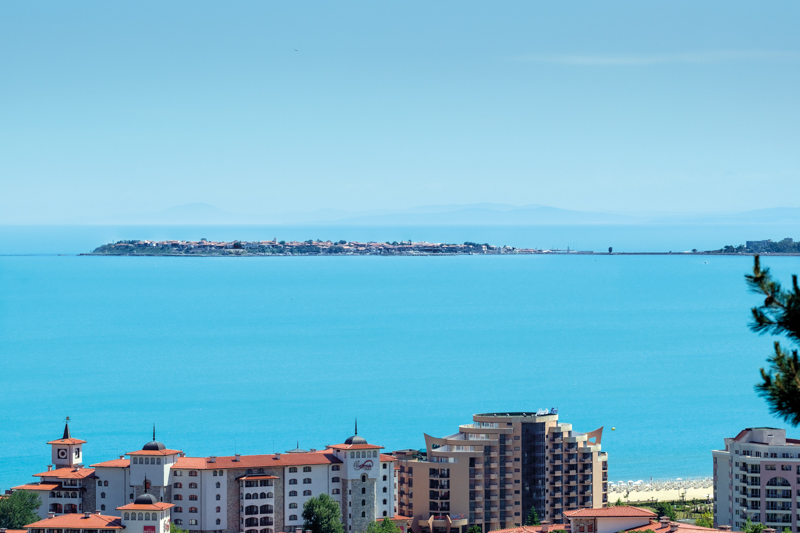 Where: South of Cape Emine and north of Nesebar

What: What started in the 1950s as a leafy seaside resort for East bloc tourists developed, in the 2000s, into something modelled on Las Vegas and Ibiza but with a strong Russian twist. At present, no one knows how many people can stay at the same time at Sunny Beach, but what is known is that the booze prices are amongst the lowest in Europe. Consequently, the party is never-ending. Do not even think of coming if you want a few quiet days at the Black Sea. You will not get any. But you will see casinos that dwarf Taipei, an ostentatious display of wealth, the latest car models and a swooning collection of fake blondes and silicon body parts.

Why visit? For a hate-it-or-love-it experience that you are unlikely to get anywhere else in Europe.

Zimzelen and the Eastern Rhodope 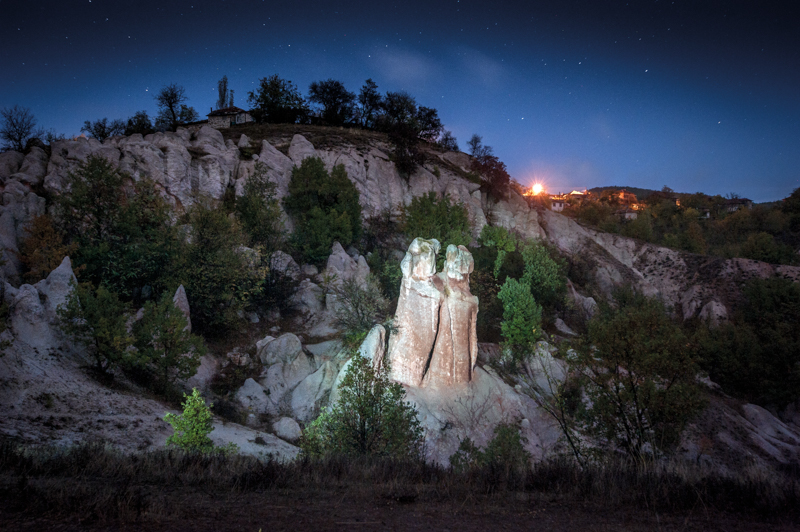 What: The Eastern Rhodope cannot compete with the Western Rhodope in terms of majestic landscapes. Its slopes are rolling rather than rising, and bald rather than thickly forested. However, in the Eastern Rhodope you will find plenty of archaeology as well as some fascinating rock formations. The Petrified Wedding, near the village of Zimzelen, is the most popular of those. According to the legend, a whole wedding party turned into stone pillars when the father of the groom took a fancy on the young bride. The Stone Mushrooms, near the village of Beli Plast, is another example of geology run wild.

Why visit? For the impromptu Rorschach test. 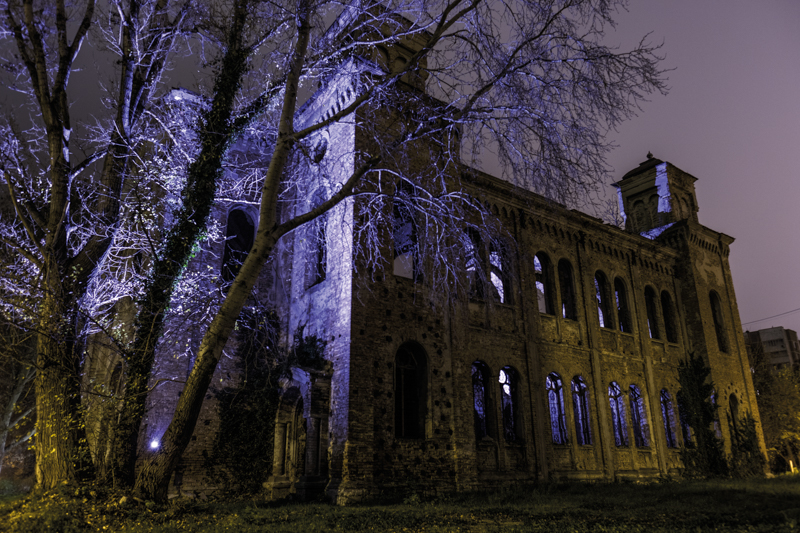 Where: On the Danube

What: Today you will be hard-pressed to find a decent restaurant in Vidin, as the city is yet to recover from the post-1989 depopulation and stagnating economy. However, Vidin abounds with remains of its past as the mediaeval centre that produced the Shishmans, Bulgaria's last royal dynasty before the Ottomans, and as a busy port syphoning 19th century European culture into this country. Vidin is a place for nice walks along the Danube and among melancholy early-20th century houses still protected by an Ottoman fortification. The Baba Vida fortress, repeatedly restructured and rebuilt by the Romans, the Bulgarians and the Ottomans, is the city's major sight, but don't miss the crumbling neo-Gothic synagogue nearby and the mosque of a maverick Ottoman warlord, Osman Pazvantoglu.

Why visit? Vidin is full of things to discover. Like the monument of a soldier in front the railway station who, although victorious, is crestfallen by the bloodshed of war. 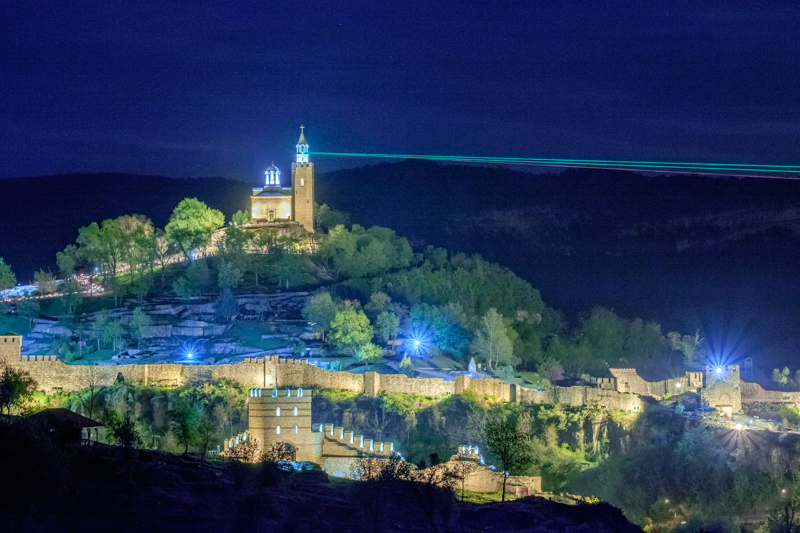 What: Rising on the steep hills lining the meanders of the Yantra River, Veliko Tarnovo hardly needs an introduction. Its impossible topography accommodates traditional 19th century architecture, elegant early-20th century buildings, and much restored and mostly fake mediaeval forts and turrets. Veliko Tarnovo's splendour as the mediaeval capital of Bulgaria, the tragedy of its fall under the Ottomans, and its role as a hotbed of national revival have granted the city a special place in the hearts of Bulgarians. Foreigners like it, too, for its beauty, laid-back atmosphere and generally good restaurants.

Why visit? Braving Tarnovo's lanes and hills at least once is a must for everyone who wants to know the true Bulgaria. 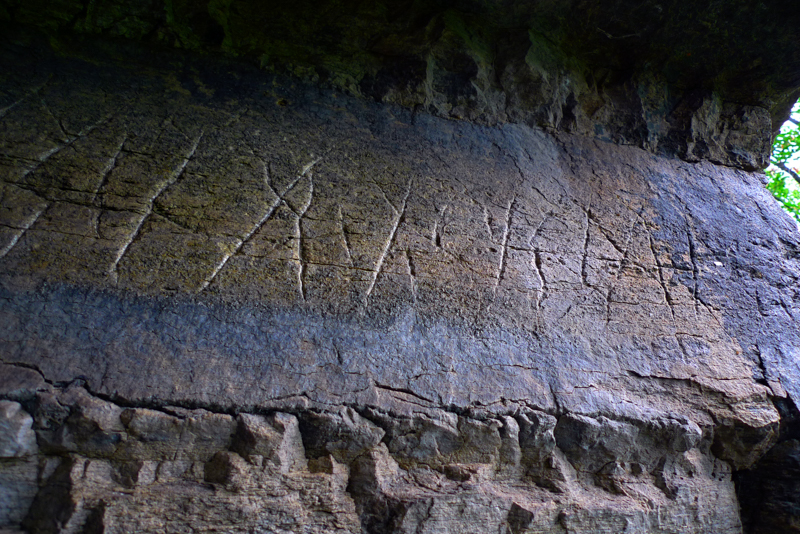 Where: Near Sitovo village, the Rhodope

What: Are they manmade? If yes, what do they say? These questions will inevitably pop in your head while you are looking at the enigmatic rune-like signs adorning a rock in the Rhodope. You are neither the first nor the last person left wondering. Since the inscription's discovery in 1928, its authorship has been attributed to the ancient Thracians, the Celts, the Goths (the people, not the subculture), the Sarmatians, the Slavs and so on. Their meaning (if there is any) is equally elusive: some say they reveal the whereabouts of a hidden treasure, or are an early-Christian text, or even open a gate into space and time, whatever that means.

Why visit? For the mystery. 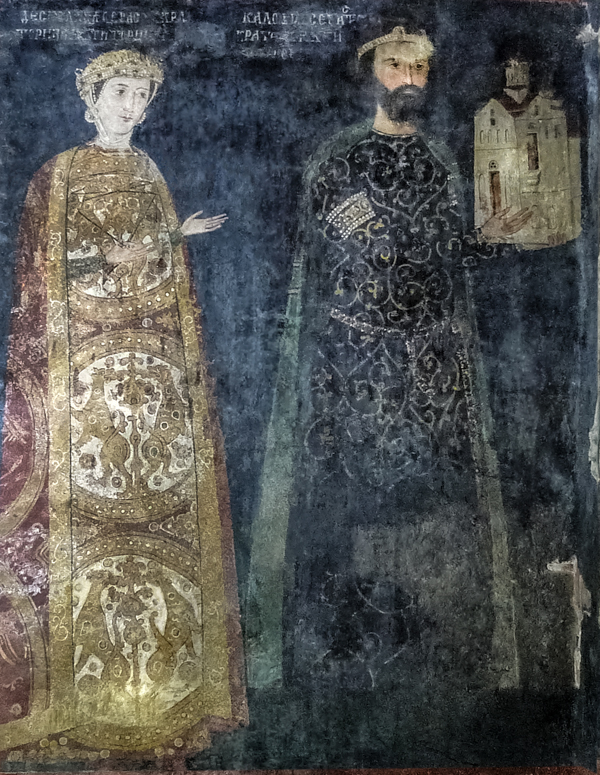 Where: Boyana neighbourhood in Sofia

What: Built and rebuilt in the 10th-13th centuries, this small church is unassuming from the outside. Inside, however, you will find fascinating murals including masterful portraits of the church's donors, Sofia ruler Kaloyan and his wife Desislava. The gentle humanness of their faces breaks from the Byzantine tradition of icon painting and has spawned the theory that the Boyana murals predated Italian Renaissance. If only the Ottomans weren't about to invade Bulgaria, smashing forever these gentle tendrils of modern civilisation (the popular thought goes), Bulgaria would have been the cradle of Europe's revival! This makes the Boyana Church the most beautiful manifestation of this nation's inferiority complex based on real or imagined historical mishaps.

Why visit? Even if you doubt the Renaissance belief, the frescoes are truly marvellous and the churchyard with its sequoia trees is a delight after Sofia's air pollution.