Forget the grime. Enjoy the snow

In winter, as anyone who has ever spent this season in Sofia knows, it is super easy to complain about life in Bulgaria's largest city. Air pollution peaks. The notoriously bad pavements become even more impassable because of snow, or ice, or mud, or rainwater, or any combination of these. Congestion is magnified. Descending the uncleared steps of the subways is at your own peril. Large icicles hang menacingly from roofs, and the haphazard way that property owners "secure" their pavements with plastic "Do Not Cross!" lines is both pathetic and useless, as it forces you to walk on the street.

Grime is everywhere. Often, it is freezing cold.

Yes, winter Sofia is more unwelcoming and greyer than usual but, as we all know, beauty is in the eye of the beholder. Instead of complaining, you should seize the chance to explore and enjoy this Balkan city in the grimmest of seasons – particularly if there is snow.

Under a fluffy cover of fresh snow, Sofia's gardens and parks are transformed into shining white landscapes. The piles of leaves left to rot in the alleys and green spaces are hidden now, the black skeletons of naked trees covered with streamers of snow and ice have an air of bleak nostalgia, and squirrels are more prone to communicate with people. The people with their colourful hats, scarves, children, sleighs and playful dogs bring a note of jolliness to the picture. The aromas of roasted chestnuts, corn and peanuts sold on the streets are sweet and inviting. 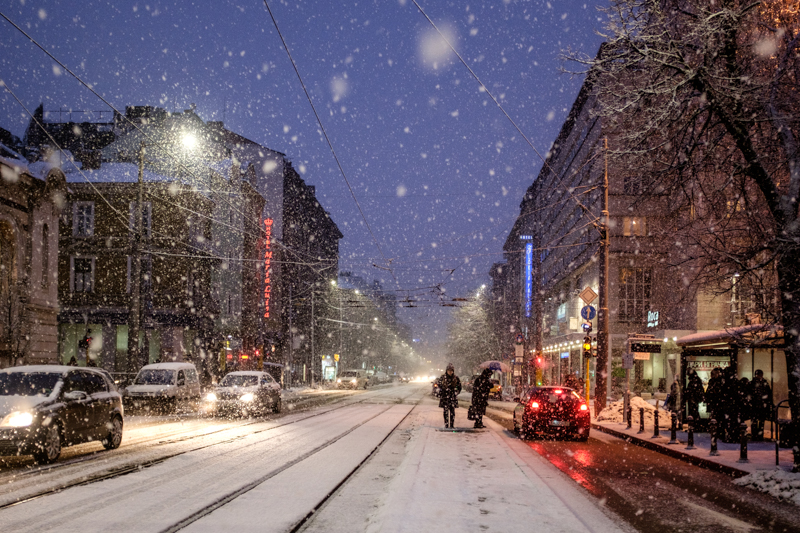 The hot springs by the former Public Baths steam in the frosty air, and their vapour swirls around the silhouettes of Sofianites who have come to fill their bottles with free mineral water. The bulgy grey Partizani and Soviet Army soldiers on the Red Army Monument are topped with white hats of snow, as if nature had taken it upon itself to redecorate this controversial monument. The golden cupola of St Aleksandr Nevskiy Cathedral looms pale against the background of the grey winter sky. The beautiful statue of a ballerina in front of the National Theatre is even more ethereal, frost shining on her agile limbs. The crowds on Vitosha Boulevard, with the glowing lights of the restaurants and the cafes, look festive even long after New Year's Eve.

Above all this, of course, is the Vitosha. Dazzling white, as if covered in icing sugar, it invites you to take the lift and enjoy the snow, the sun, and the cold.

The only Sofia landmark which is definitely worse after a snowfall is the Yellow Brick road. It only takes a thin layer of snow to turn it into a slippery nightmare and it should be avoided by anyone not wearing full mountaineering equipment. 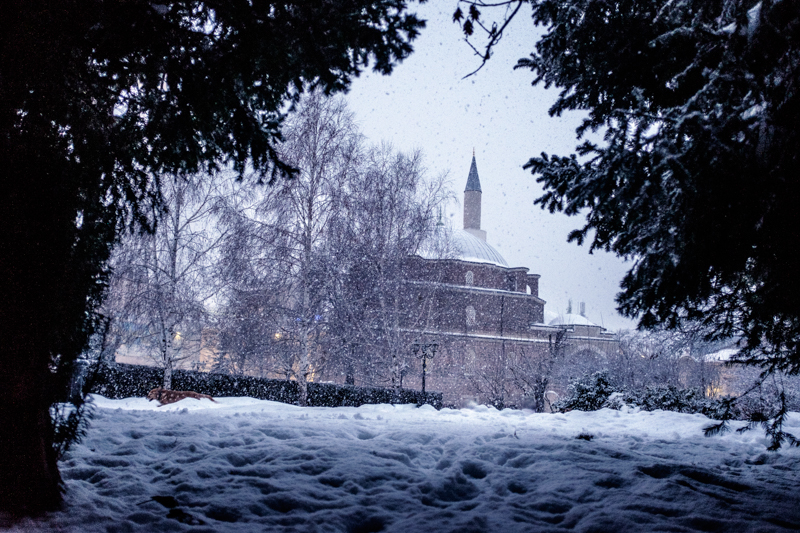 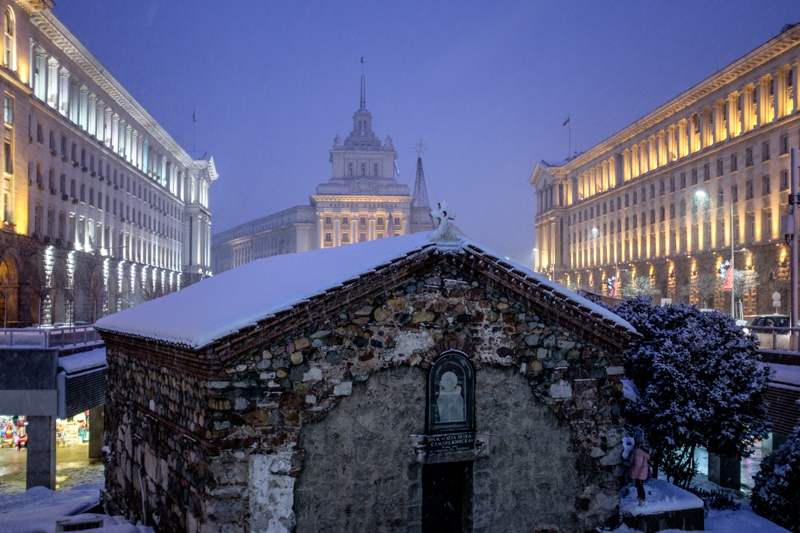 The Largo with the Council of Ministers, the former Communist Party House and the Office of the President 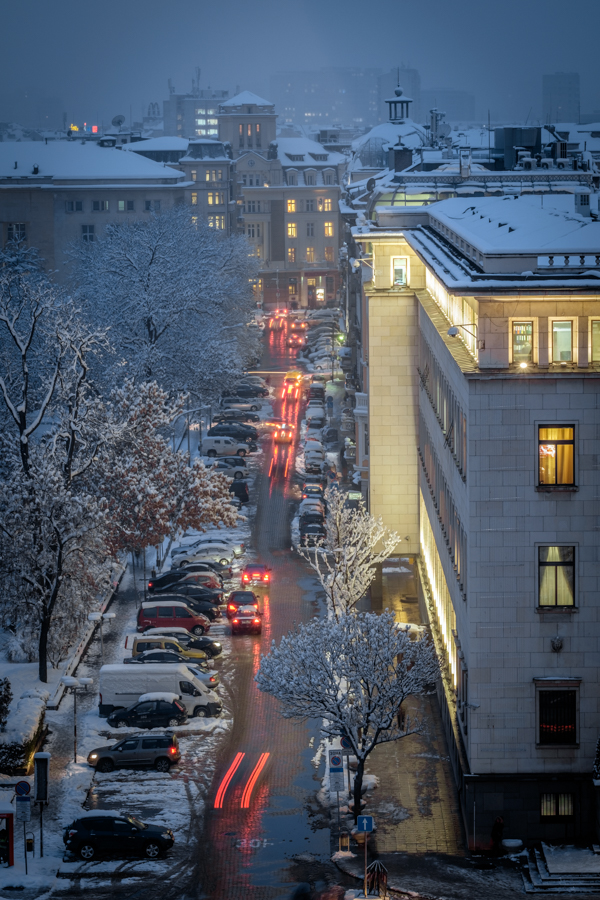 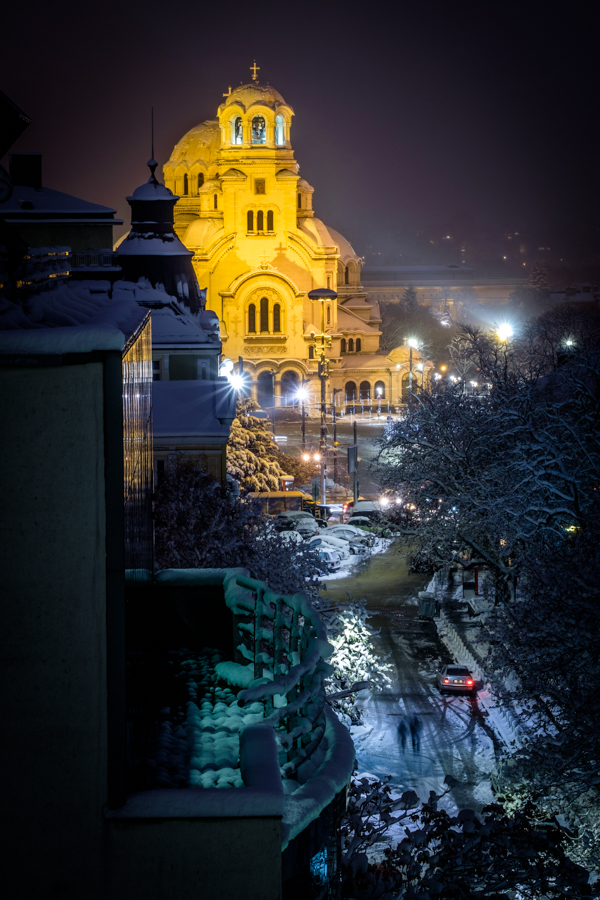