A peacock from the narthex of the Bishop's Basilica

A mosaic peacock, its majestic tail opened in full display, used to greet believers entering one of the most formidable buildings in the Late Antiquity Balkans: the Bishop's Basilica of Philippopolis. In 2019, the 1,500-year-old bird, restored to its former glory, will meet visitors again, after centuries of oblivion caused by earthquakes, invasions, wars, changes of population and history itself.

The Bishop's Basilica of Philippopolis, the ancient predecessor of modern Plovdiv, is the largest early Christian church in Bulgaria. It was probably built soon after the Roman Empire recognised Christianity as an official religion, in 313. The basilica was abandoned in the 6th century, possibly after a massive earthquake severely damaged it. Ravaged by an economic crisis and the continuing Barbarian invasions, the local community was unable to restore the majestic church, and abandoned it for good.

Now we are slowly rediscovering it.

The Bishop's Basilica is 36m wide and over 90m long, with an impressive architecture featuring three naves with marble-topped columns and a marble-covered platform for the bishop and the clergy. Before entering it, believers used to pass through an atrium with water fountains and a marble colonnade.

The most stunning part of the Bishop's Basilica is its mosaic floors. Built in two layers, they cover an area of 2,000sq.m. Beautiful and rich in symbolism, they are an important source of information on early Christian art. 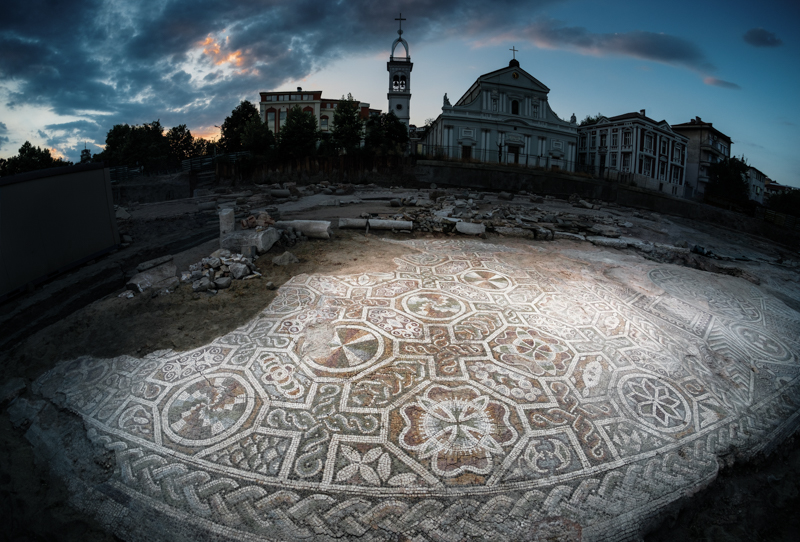 Dating from the 4th century, the elaborate geometrical patterns in the first layer of mosaics in the southern nave borrow heavily from the symbolism and artistic language of the pagan period. However, the ultimate symbol of Christianity, the cross, is already present

The mosaics of the earlier layer, from the 4th century, are geometrical and form elaborate "running wave" and eternal knots patterns, meanders and crosses, rosettas and rhombs. Most of these patterns were borrowed from the pre-Christian period, as back in the 4th century Christian art was still searching for its own artistic language.

Peacocks and parrots, helmeted guineafowls and hens: the mosaics of the second layer, from the 5th century, feature not only geometrical patterns but also a rich array of birds. In the central nave only, there are more than 70. Their central position is not a coincidence or the result of freewheeling artistic imagination. For the early Christians, birds symbolised Heaven.

Peacocks hold even more significance in the mosaics of the Bishop's Basilica of Philippopolis, again for symbolical reasons – they were associated with the immortality of the soul. Peacocks are present also in the other significant scene from the basilica, the Fountain of Life. In it, the water source symbolises Jesus and the idea that whoever drinks from it will attain eternal life.

The Bishop's Basilica was the centre of life of early Christian Plovdiv. It was probably the place where a council of bishops supporting the teachings of Arius met in a response of a previous ecclesiastical council held in Serdica (today's Sofia) in 342-343 which condemned the man as a heretic.

Naturally for a city with millennia-long history like Plovdiv, the Bishop's Basilica did not appear out of nowhere – and its location did not evaporate when the church was abandoned. The basilica was built over the remains of an earlier building, probably a 1st century AD pagan temple. In the 10th-12th centuries, the site of the long forgotten basilica became a large Christian necropolis with a church. In the mid-19th century, the St Ludwig Catholic Cathedral was built in close proximity to the place where the Bishop's Basilica used to stand, as if a halo of spirituality hovers at it and inspires generations of people to erect temples and houses of prayer. 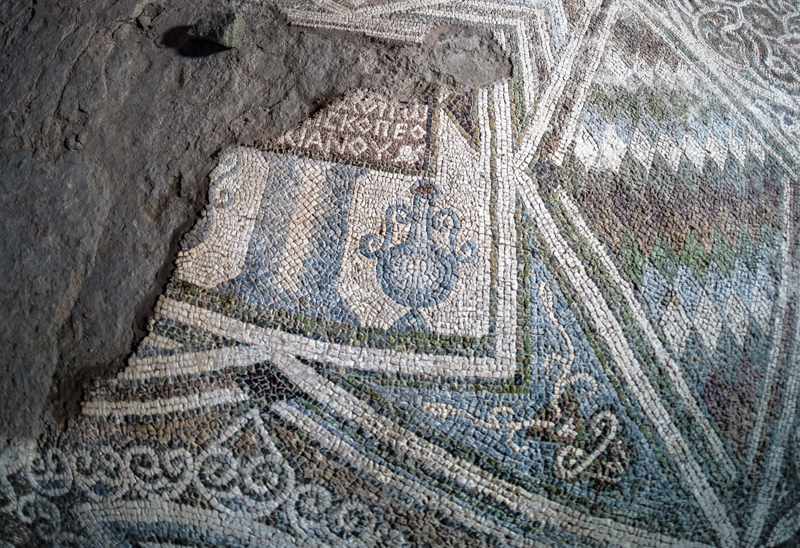 A donor inscription in the southern nave of the basilica has partially preserved the name of the bishop who commissioned the mosaic. His name ended in "-kian"

However, until construction works in the early 1980s brought to light its remains, the Bishop's Basilica of Philippopolis was utterly forgotten. Even after its discovery and the initial archaeological research, the basilica was abandoned again. By the late 1990s, its mosaics were already on the verge of destruction. This lasted until 2016, when a project initiated and sponsored by America for Bulgaria Foundation and the Municipality of Plovdiv undertook to bring this ancient structure back to life.

Archaeologists surveyed the site, and a team of restorers carefully cleaned the basilica's magnificent mosaics. In 2019, when Plovdiv will be the European Capital of Culture, the ancient Bishop's Basilica of Philippopolis will greet visitors again, this time as a modern exhibition space dedicated to its 12 centuries of history. 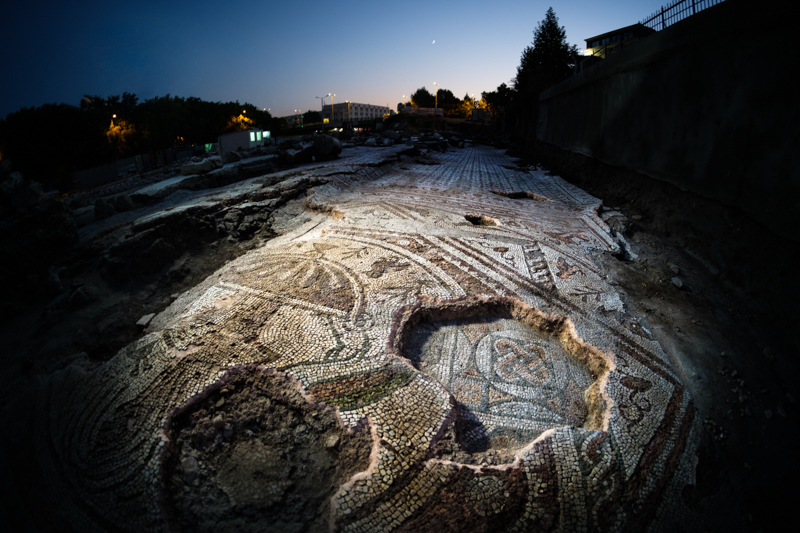 Over 70 birds cover the central nave of the church 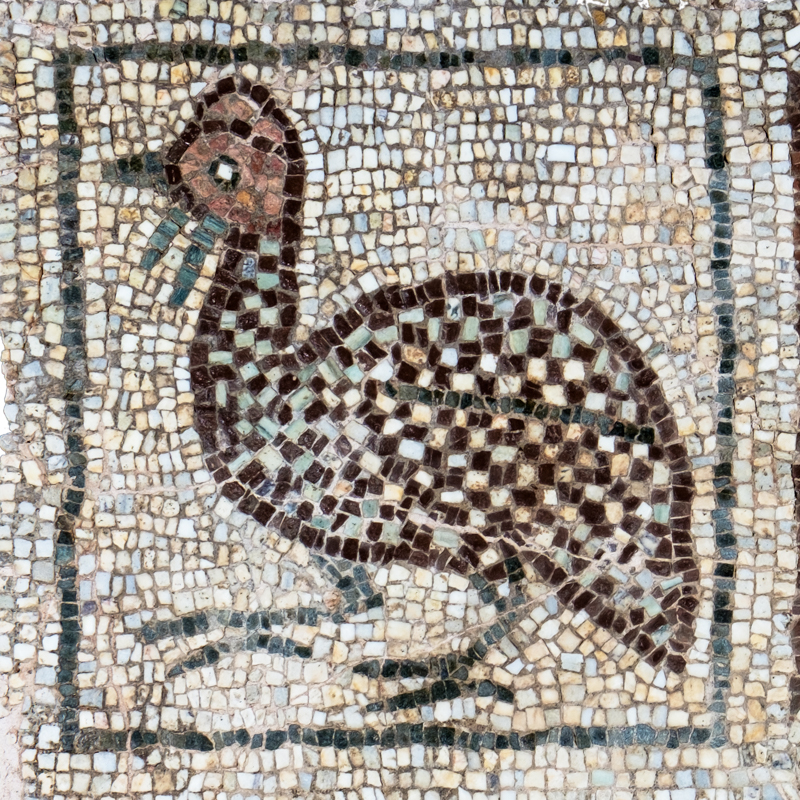 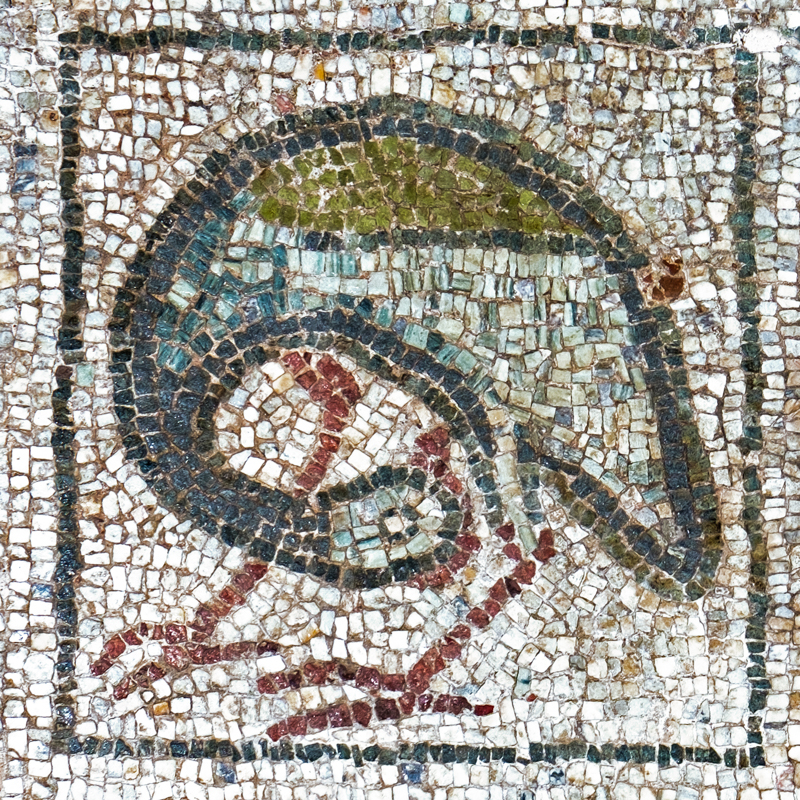 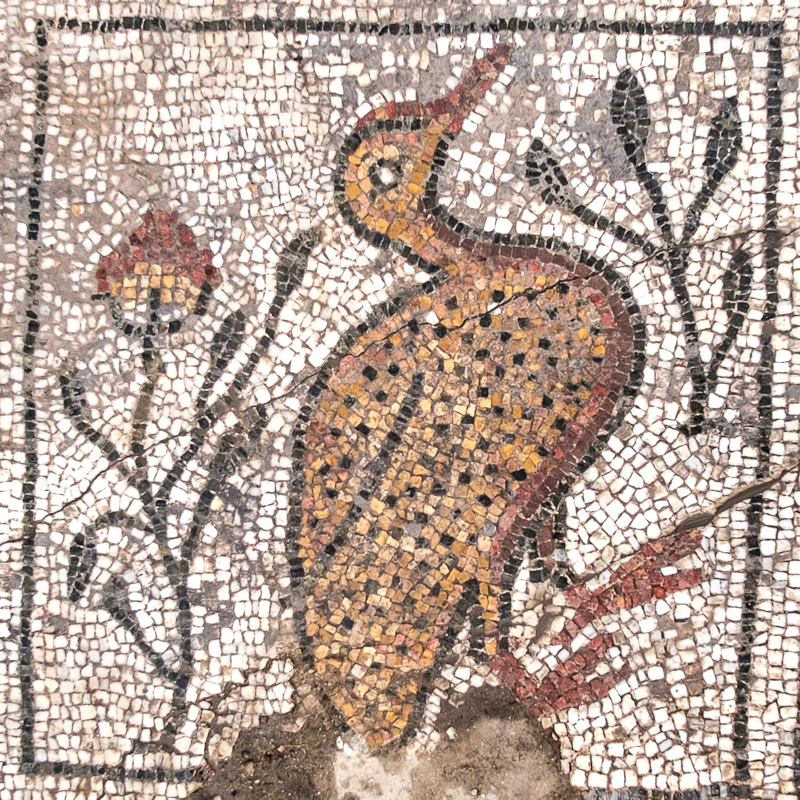 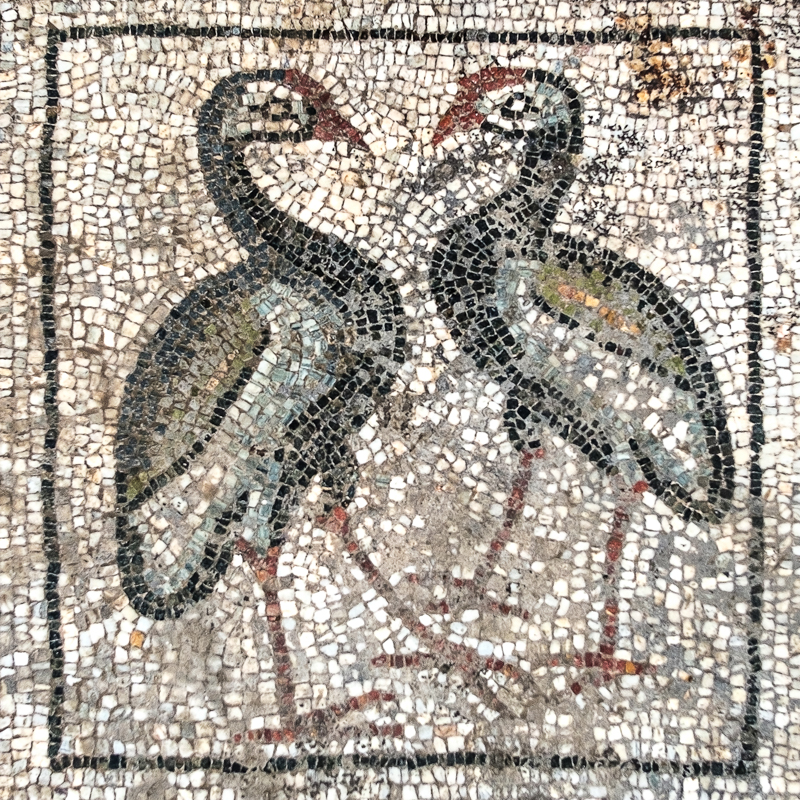