When God created the earth, the Bulgarian legend goes, He gathered all the nations to divide the world among them. To the British, He gave mastership over the seas, while the Swiss received the mountains, the Russians got the great plains, and the Germans took possession of the thick forests. When God ran out of gifts, He noticed that there was a people who were still empty-handed: the humble Bulgarians, languishing at the end of the queue of nations. Baffled, God soon realised what had happened: the Devil had stolen all the best pieces of the earth. The Almighty took everything back, and gave it to the Bulgarians.

This is why, the legend goes, Bulgaria is small but packed with amazing seas, mountains, plains, and forests.

The legend does not mention any islands, however, and there is a good reason for that.

Even in the most optimistic evaluations, the Bulgarian part of the Black Sea has no more than five pieces of land that can claim to be islands or islets.

The largest of these, the St Ivan and the St Kirik islands near Sozopol, and the St Anastasia near Burgas, were inhabited at least since Antiquity, providing land and shelter to urban and monastic communities. Today, however, St Kirik is off limits. Visiting St Ivan is possible with a boat, but offers nothing else besides walking around the overgrown ruins of an early Mediaeval monastery where in 2010 the supposed relics of St John the Baptist were found (the relics are not on the island, but in the Ss Cyril and Methodius church in Sozopol). The rest of the islands in the Bulgarian Black Sea are neither easier to visit, nor more interesting, with one exception.

St Anastasia, the third in size, is that exception. Rocky and covering about 5.44 acres, since 2014 it has been one of Burgas's main tourists attractions, complete with infrastructure, museum, hotel, and a restaurant. 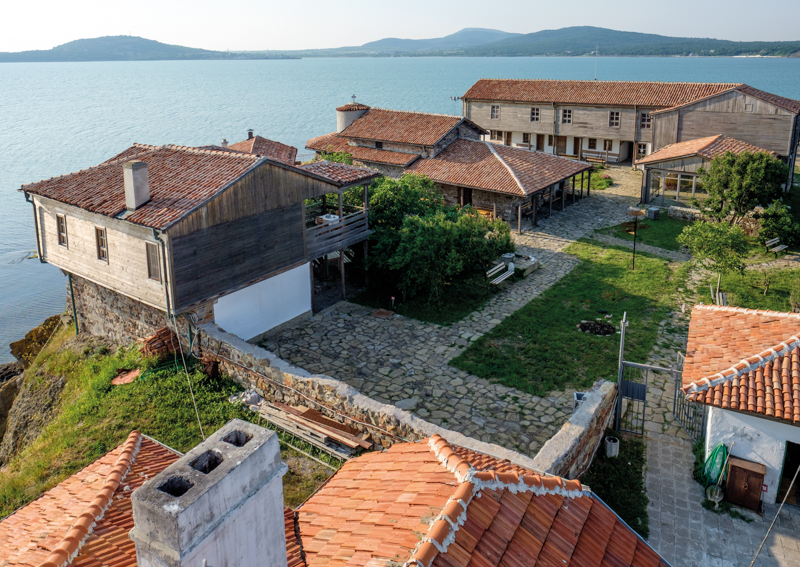 Besides being a political prison, in the 18th-19th centuries the island used to host Ottoman forces

The island has accumulated more history than its humble size suggests.

It was inhabited at least from the 4th-6th centuries AD, and in the Middle Ages on it was built a monastery dedicated to St Anastasia. Unlike the monastic communities on St Kirik and St Ivan, this one survived well into the 20th century.

Then something unexpected happened.

In 1923, the government closed the monastery and turned the island into a political prison for members of the persecuted Agrarian Party and the Bulgarian Communist Party. The prison was soon closed, but reopened – again as a facility for political opponents of the state – in 1925. The majority of those detained were Communists. The same year, 43 of them made a daring escape. The prison break was successful, but had tragic consequences for the fugitives. They managed to reach the Soviet Union, but soon afterwards most of them fell victim to the Stalinist political purges.

Their escape, however, proved inspirational for the Communist government after 1944. St Anastasia was renamed Bolshevik. One of the first Bulgarian feature movies, On the Small Island (1958), told the story and was filmed on the island. However, it conveniently kept silent on what had happened to the fugitives in the Soviet Union.

Meanwhile, Bolshevik Island was going through a change: for the first time since people took notice of it, it was used for recreational purposes. In the 1960s-1980s, the island became one of the favourite haunts for both tourists and the Burgas bohemia, who loved the rugged terrain, the marvellous vistas of  Burgas Bay, the cheap restaurant and the feeling of escaping from the over regulated life on the mainland. The island had become a place to escape to, not to escape from. 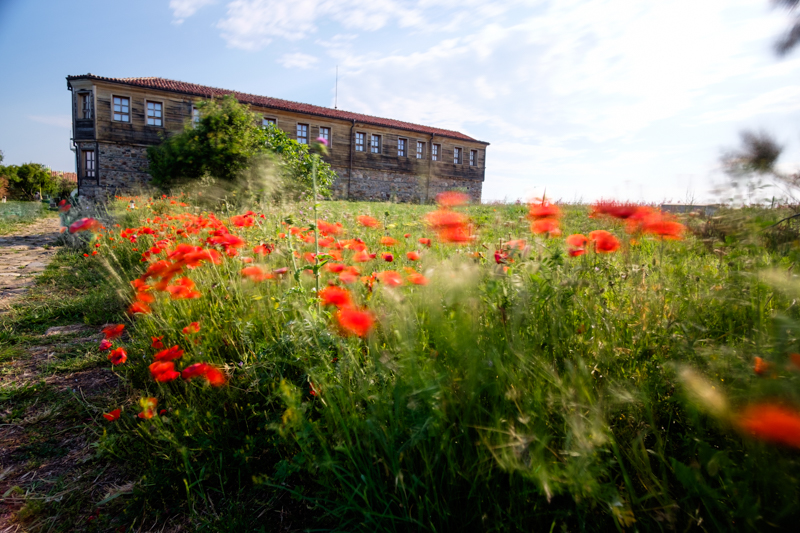 With the democratisation after 1989, the island's old name was restored. Due to financial issues, regular transportation was cut off and the restaurant was closed. For years, the only people on St Anastasia were the keepers of the lighthouse, which was first built in 1888, and in 1914 was replaced with the structure still in operation today.

That is why, when a second Bulgarian feature movie, director Kamen Kalev's The Island (2011), starring Laetitia Casta, was shot there, the feeling of desolation and the strangeness of the place felt utterly genuine on screen.

The end of St Anastasia's desolation came in 2014, when the Burgas City Council brought back the island onto the local tourist map.

Today, St Anastasia is developed and easily accessible via regular boat trips departing from Magazia 1 at Burgas port. Concerts and other arts events are organised as well, and having your wedding on the island is an option advertised, among many others, on St Anastasia's webpage (www.anastasia-island.com).

The tide of times has changed yet again for this rocky outcrop in the Bulgarian Black Sea. 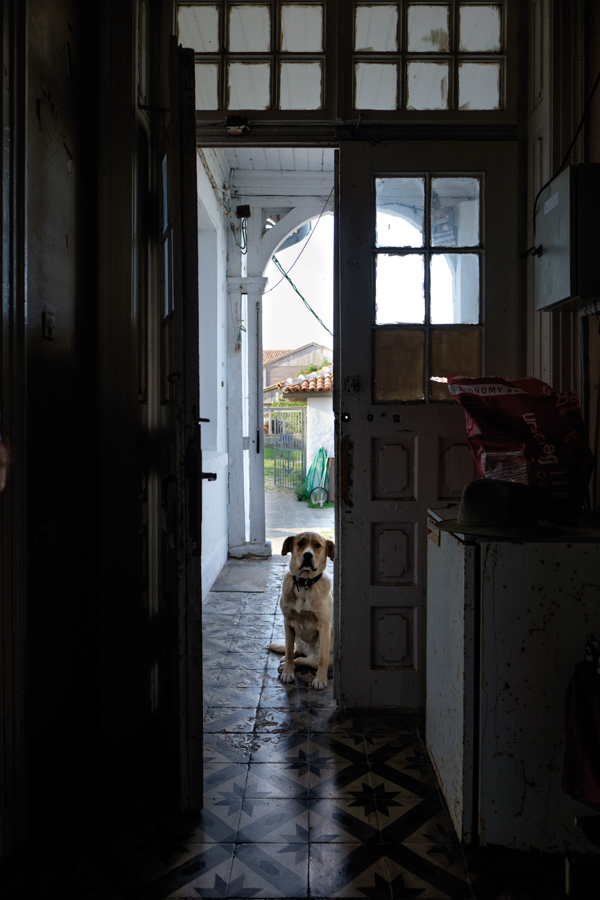 Today the island is not inhabited, but the erstwhile monastic community used to be so prosperous that in the late 19th century it had its own set of fishing boats

The lighthouse on St Anastasia. The first structure of this kind here was built in 1888 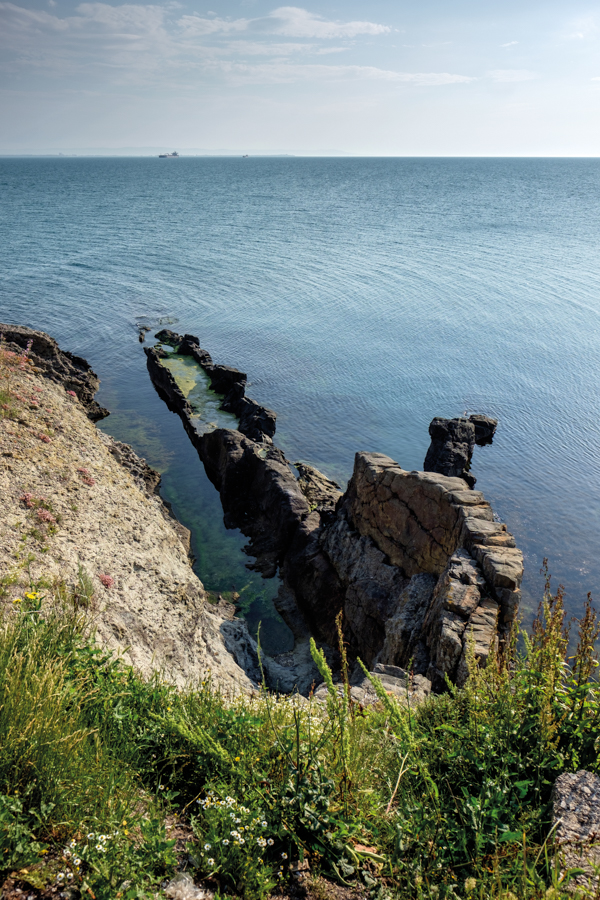 The Ship Rocks. According to a legend, when pirates attacked the island in an effort to retrieve a hidden treasure, the monks prayed for salvation. Consequently, the invaders' ship turned to stone