With about 1.1 million out of 7 million Bulgarians living in cities with up to 20,000 inhabitants, small-town Bulgaria is not exactly populous, and for a good reason. The small towns in Bulgaria suffered heavily from the economic reshaping during the post-Communist Transition. In the 1990s, factories were shut down and thousands migrated, both internally and abroad.

Bulgaria owns a lot to its small towns. In the 18th-19th centuries, it was the people from these small, hilly towns who took to industry and trade, becoming one of the pillars of the Ottoman Empire's economy. Their wealth gave them not only the means to build beautiful homes – it gave them self-confidence, which led to the Bulgarian National Revival. In the late 19th Century, many of the Bulgarian intelligentsia, revolutionaries, politicians and scientists were born in small towns.

In the 20th Century, these towns lost their importance, and turned into backwaters. Communism destroyed much of their erstwhile atmosphere, with traditional architecture demolished to make way for the new. Some of these towns, however, that were once teeming with life, still preserve their old-time spirit and make for one of Bulgaria's most charming experiences.

Under different circumstances, this Rhodope town's only claim to fame would be the fact of it being Bulgaria's southernmost town and also being the place where the song Izlel e Delyu Haydutin, which is on the Voyager Mission, was created. Its location deep inside what was until recently a strictly guarded border zone prevented people from exploring its Revival Period old centre. This all changed in the early 2000s. A group of local entrepreneurs and the municipality, with EU funding, renovated the old mansions, churches and shops, and they did it remarkably well. Today, Zlatograd boasts sensibly restored Revival Period architecture, enlivened by traditional restaurants and cafés, Bulgaria's oldest preserved post office and several craftsmen making rugs, knives, and woodcarvings in the old Charshiya, or market. The opening of a border crossing with Greece also helped boost the popularity of Zlatograd. 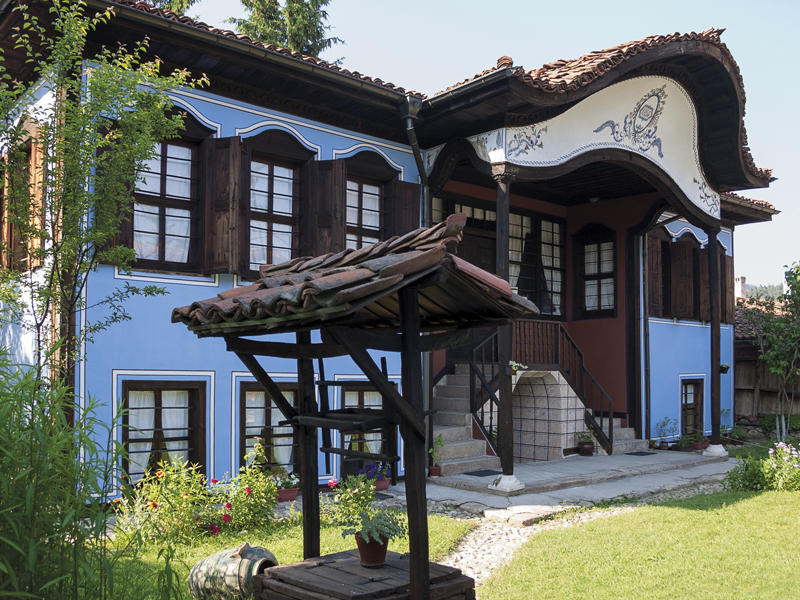 A picture-perfect haven of colourful Revival Period houses, Koprivshtitsa in the Sredna Gora is as beautiful as it is historically significant. A small hunch-back bridge is where a fateful shot signalled the beginning of the April Uprising in 1876, and around are the birth places of historical figures such as the poet Dimcho Debelyanov, the writer Lyuben Karavelov, and revolutionaries Todor Kableshkov and Georgi Benkovski. Other remains from the past include the old Charshiya, several churches and a school. Tourists abound, and this year will be at their most numerous between 7 and 9 August, as 2015 is the year of Koprivshtitsa's National Folklore Fair – an event held every five years and attracts thousands of performers and visitors. 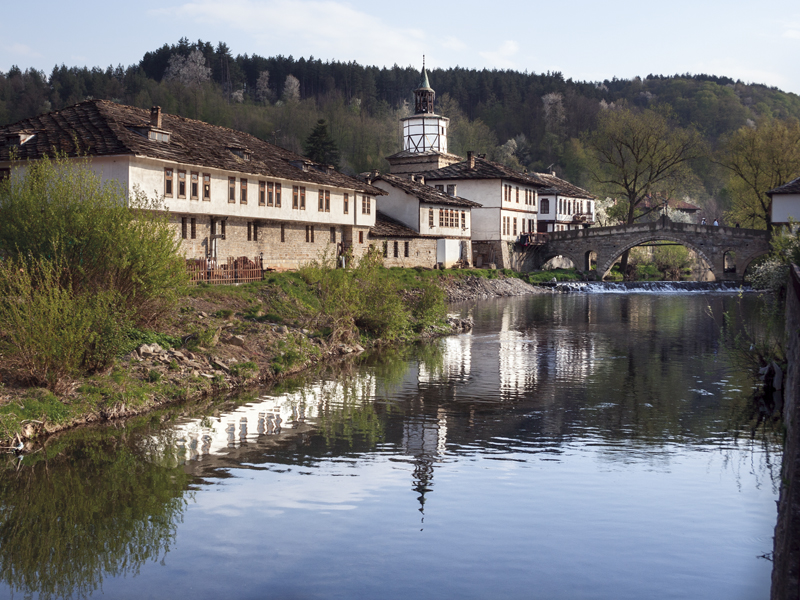 We have said it before, and we will say it again – if you are looking for a well preserved Revival Period Bulgarian town, go to Tryavna. Located on the northern slopes of Central Stara Planina, Tryavna was one of the towns which drove the Bulgarian economy and national enlightenment during the Ottoman rule. It has produced its fair share of prominent figures, poets Petko and Pencho Slaveykovi being the most famous, together with influential schools of wood-carving and icon-painting. Today, central Tryavna has changed little since these glorious times. The streets are cobbled, the spacious mansions of the well-to-do citizens rub walls with the smaller houses of the merchants and craftsmen in the Charshiya, and in the square one of Bulgaria's most beautiful clock towers still measures the time. Tryavna is also a place of charming eccentricities. The clock tower houses Bulgaria's only Foucault's Pendulum, and a disused bath house exhibits a collection of Asian and African Art. 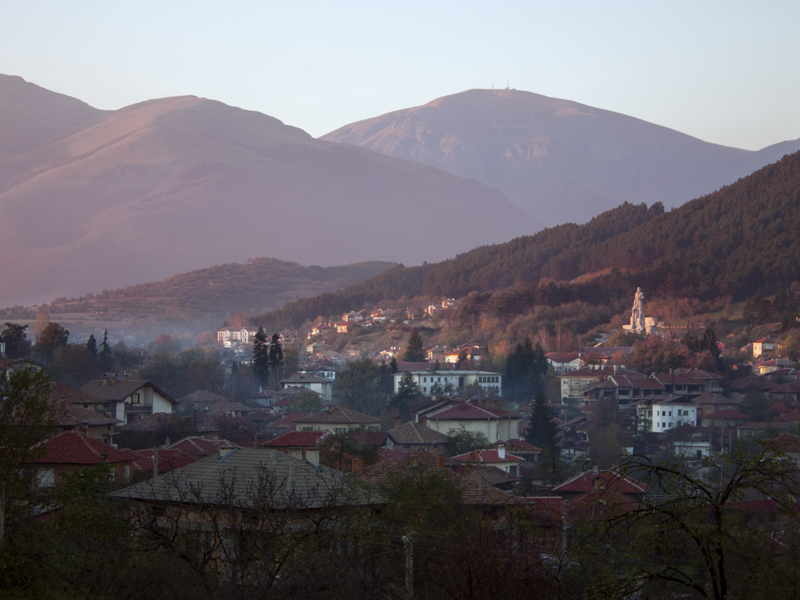 Compared to Koprivshtitsa, Kalofer may not seem to be up to much. Thanks to an ill-conceived modernisation in the 1970s, this town in the Stara Planina lost almost all of its Revival Period architecture to a soulless marble square and cubist apartment blocks. However, the birthplace of Hristo Botev, probably Bulgaria's greatest poet, is well worth a visit. Its quiet streets preserve the distinct feel of small town Bulgaria: people greet each other by name, the gardens overflow with flowers, and in summer old ladies make jams and men distil Rakiya. A handful of beautiful Revival Period churches and monasteries provide places to visit, and the scenery around is just divine and ready to be explored – Botev, the Stara Planina's highest peak looms over the town, and Rayskoto Praskalo, the Balkans' tallest waterfall, is within a few hours' trek of Kalofer. 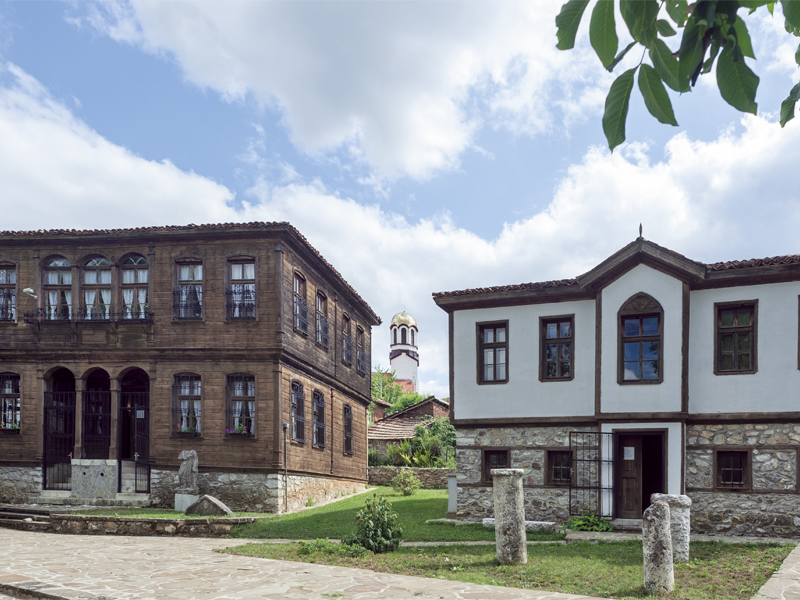 The only town in the Bulgarian part of the Strandzha mountain has a bitter-sweet feel about it. In the 18th-19th centuries, Malko Tarnovo teemed with life, trade and business and in 1903 was one of the centres of the Ilindensko-Preobrazhensko Uprising against the Ottoman Empire. After the 1940s, however, the bustle subsided. Malko Tarnovo was now in the border zone, and many left in search of better life. The government tried to reverse the trend by opening mines and building housing, but it did not work out. In the 1990s, anything that was still working closed down, and emigration intensified. Nowadays, Malko Tarnovo is a place where you cannot even buy a sandwich in the centre, but its silence, paired with the remaining wooden mansions, the slow pace of life, the blossoming gardens and the thick Strandzha forest around, is precisely what makes Malko Tarnovo one of the most charming small towns in Bulgaria. 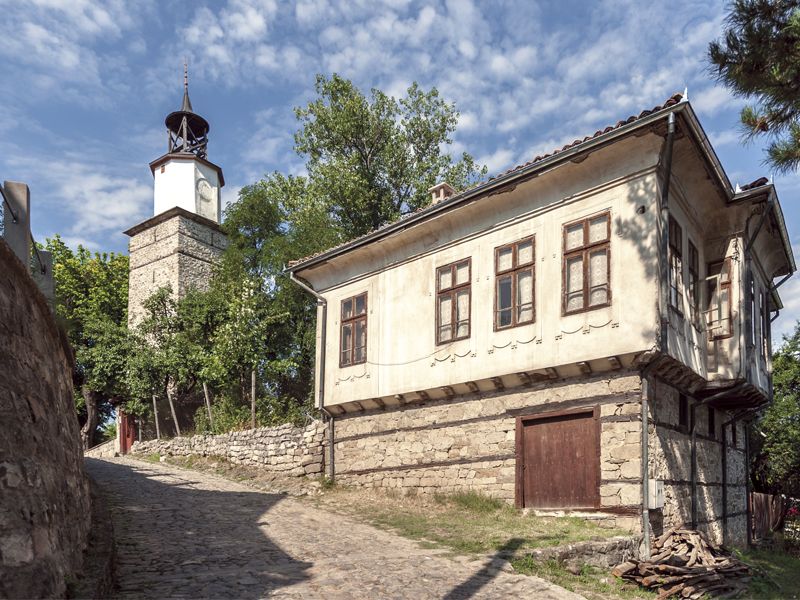 Bulgaria underperforms in terms of local food, but Elena is an exception. The town on the northern slopes of Stara Planina is the only place where the famed Elenski But ham, which is similar to prosciutto, is made. Elena is also the source of the recipe and name of a Bulgarian supermarket staple, the File Elena cured pork. Food aside, Elena is also an enjoyable place. Its past as a centre of the Revival Period has left it with plenty of traditional houses and mansions. In one of these there is a palaeontology museum (it's not Jurassic Park, but still…). Elena's main church, the 1837 Assumption Church, sits majestically on top of a hill, surrounded by greenery. Next to it, is the tiny St Nikola Church, the early 19th Century reincarnation of a 16th Century church, which preserves interesting murals.