The entrance to the Armenian church in Ruse. It used to be in the middle of the Armenian neighbourhood, but now the area is inhabited by people of all ethnicities and religions © Anthony Georgieff

In the colourful ethnic and cultural mosaic that is Bulgaria, the Armenians occupy a special place. As inhabitants of the larger cities, they have given to this country a number of prominent entrepreneurs, intellectuals and people of arts and letters. Unlike other minorities, Armenians are considered almost as brothers by Bulgarians, because of common traits in their history, particularly under the Ottomans. Armenian restaurants are never empty and many Bulgarians envy the supposed proverbial entrepreneurship of the Armenian. These sentiments, however, have not spared the Armenians from being the butt of many jokes. 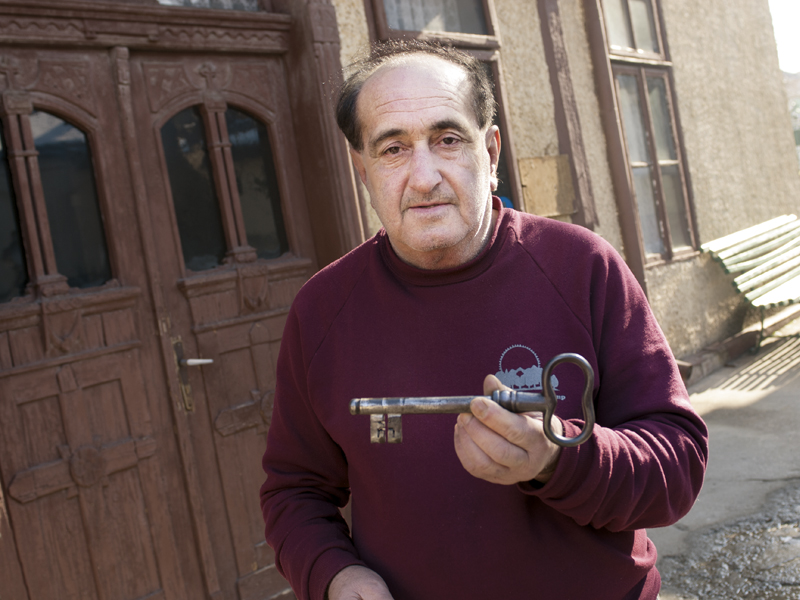 The keeper of the Armenian church in Ruse. The Armenian community in the city grew dramatically with the influx of refugees at the beginning of the 20th Century

The Armenians arrived in today's Bulgaria before the actual Bulgarians did. In the 5-6th centuries Armenia, an ancient country which once spread into Asia Minor, was already a part of the Byzantine Empire and many Armenians left their birthplace and settled in the Balkans as soldiers, merchants or administrators. In the 8-10th centuries, their numbers increased by the thousands, when Byzantine emperors resettled whole Armenian communities in Macedonia and Thrace. The reason for this mass migration was religious. These Armenians adhered to Paulicianism, which preached a dualistic universe where God and Satan were equals. For the East Orthodox church, these teachings were pure heresy, so the "guilty" were resettled. 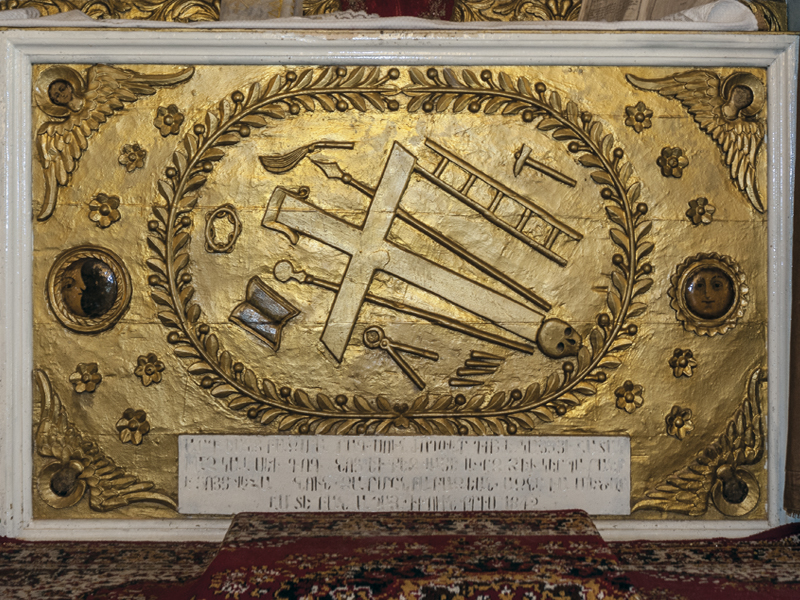 Detail from the decoration of the Armenian Church in Ruse. Armenians had their first church in the city in 1610, the oldest Armenian church in Bulgaria. The current building is from 1832

What happened to the first Armenians on Balkan soil is not documented, though their arrival probably influenced the Bogomils, a Bulgarian dualistic sect in the 10th Century which also preached that statehood and money were derived from the Devil. Over time most of the Armenians were absorbed into the Bulgarian majority. According to one hypothesis, the family of Samuil, the last major king before Bulgaria fell under the Byzantines, had Armenian origins. 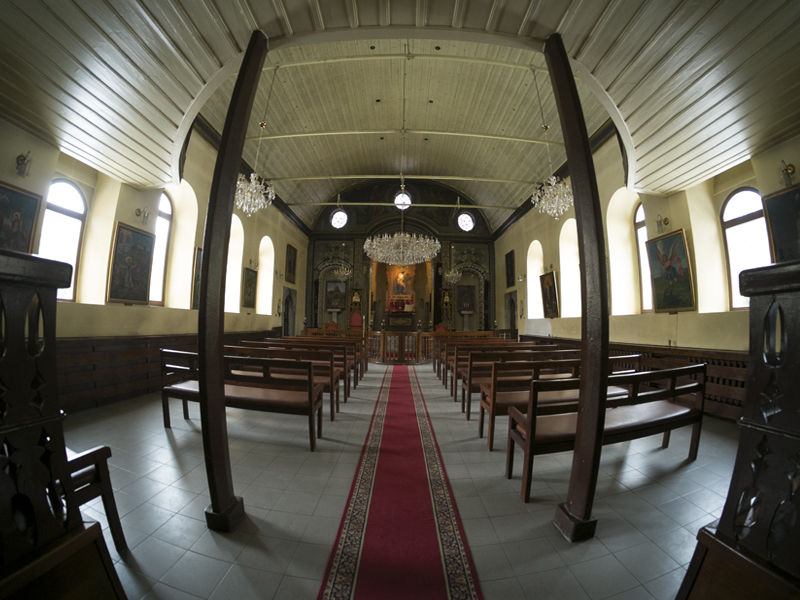 In the following centuries, the flow of Armenians to the Balkans never ceased. One of the largest waves of migration, provoked by the expanding Ottoman Empire, was in the 16th Century. At that time, Bulgarians and Armenians were already sharing living space in a number of cities, the most prominent of which was Plovdiv.

The home of an Armenian community since the 12th Century, Plovdiv is the best place to look for the physical Armenian heritage in Bulgaria. The mansions of rich Armenian merchants and entrepreneurs adorn the highest parts of the three hills of Plovdiv's Old Town. The most remarkable of these which is open to visitors is the early-19th Century Hindliyan House, the former home of a well-to-do merchant. The rich decoration of the mansion features wall paintings of far-away cities, such as Constantinople, Venice and Stockholm, with which Hindliyan traded. It is quite obvious that the painter of these murals never visited the actual Venice and Stockholm...

Farther up the hill is the Surp Kevork church, built in 1828 to replace an old Greek church which had been given to the Armenians in 1675. Surp Kevork is the heart of the Armenian community in Plovdiv, and shares a yard with two chapels and the local Armenian school. 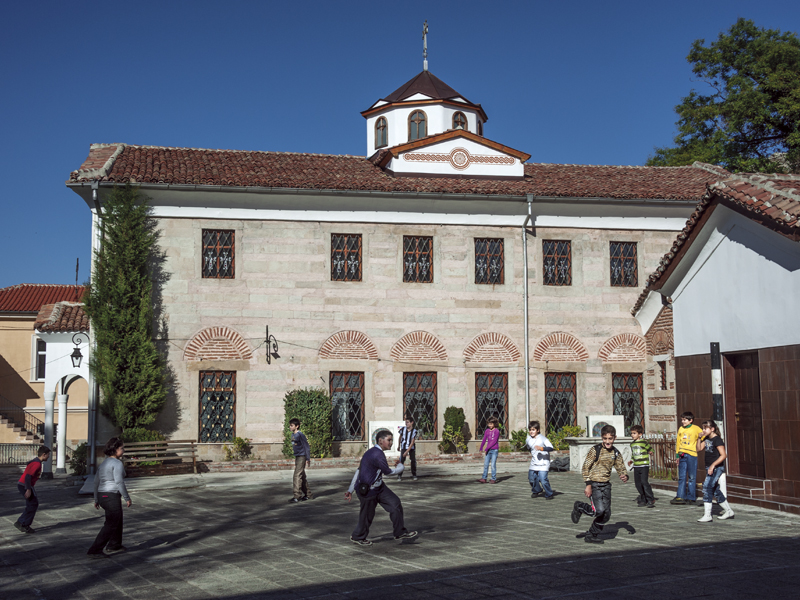 Surp Kevork, the church of the Armenian community in Plovdiv, is the descendant of an earlier temple. It was initially the East Orthodox church of St George and served the Greeks until the Ottoman authorities gave it to the Armenians in 1767

Nearby, a monument to Bulgarian poet Peyo Yavorov dedicated by the Armenian community commemorates a traumatic episode in Armenian history. In 1894-1896, an Armenian rebellion in Asia Minor was brutally suppressed by the Ottoman authorities, and led to forced resettlement in the Balkans. About 20,000 refugees were accepted by Bulgaria. Struck by the plight of the homeless Armenians, Yavorov wrote Exiles, a moving and very popular poem. The Armenian community is still grateful to him, hence the statue.

The next big wave of Armenians arrived in Bulgaria in 1922, after the Ottoman atrocities of 1915-1922. The 22,000 new refugees doubled the size of the Armenian community.

The terror of the forced migrations and the atrocities left a permanent mark on the refugees and their descendants. In exile, a robust Armenian folklore was born, a blend of the memories of those who had survived the ordeal, and the imagination of later generations of story-tellers.

Life for Armenians in interwar Bulgaria was hardly different from the lives of the majority of citizens. Equal rights were guaranteed, and many Armenians prospered as merchants, businessmen and bankers. Community life flourished, with the establishment of schools and choirs, charities and newspapers, cultural and sports societies.

Political changes in the wider world soon brought changes to Bulgaria, and many of the Armenians in the country chose to emigrate, leaving for Soviet Armenia in 1935. A new wave left for Armenia in 1946, when Bulgaria fell deep into the Soviet sphere of influence, and propaganda about the bright life in the USSR fell on eager ears. 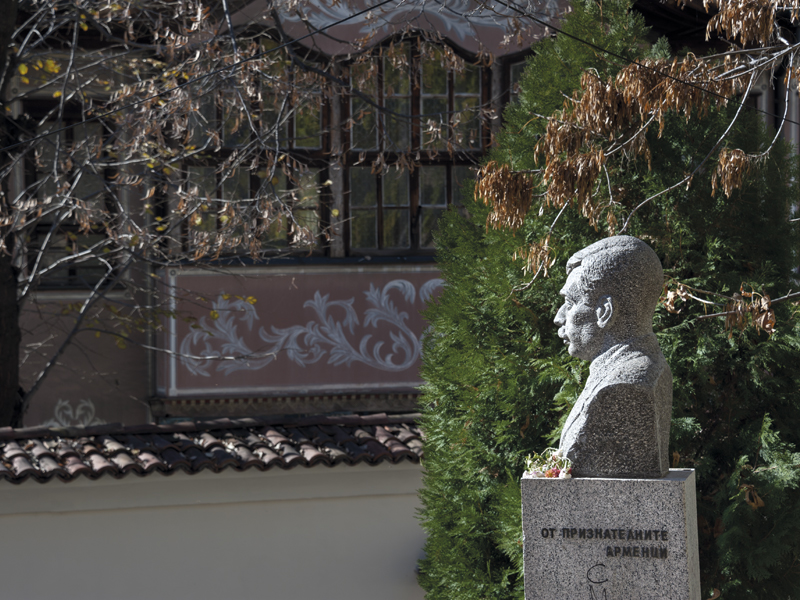 In Communist Bulgaria, the Armenians were one of the regime's "model" minorities. Because the Armenians were Christian, mostly well educated and, importantly, relatively few, the Communist regime did not expect any trouble from them. This, however, did not mean that everything ran smoothly. The Armenian schools were put under state control and the language of instruction was changed from the Western Armenian spoken by Bulgarian Armenians to the Eastern Armenian spoken in Soviet Armenia. In 1961, these schools were closed and replaced with Saturday Armenian schools. Religious practice was not banned, but was actively discouraged. Cultural activities were under the control of a state-run committee.

The 1989 democratic changes brought about yet another wave of emigration, to the West. Those who decided to stay, however, quickly and enthusiastically reestablished some of their pre-war organisations. Community life was revived, and most of the churches were repaired with donations from Bulgaria and abroad. 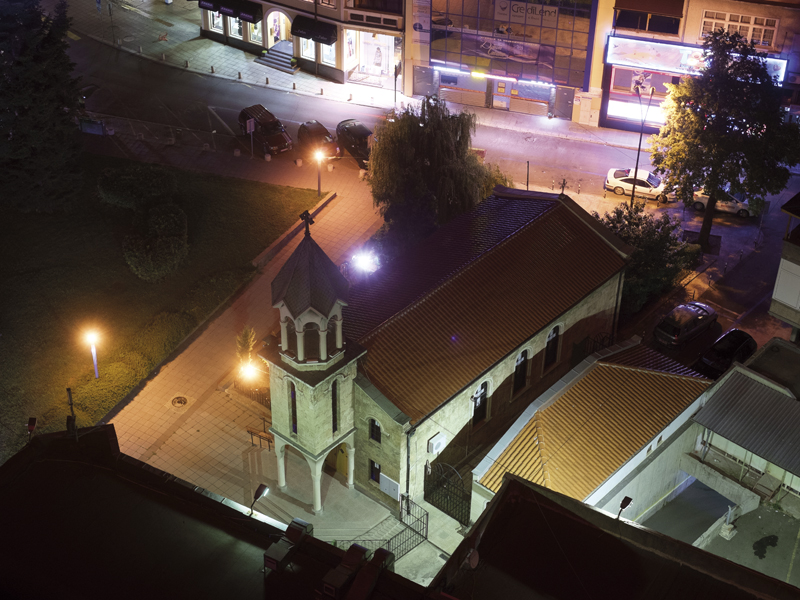 Although Burgas became a city at the end of the 19th Century, Armenians have been in the area since the 17th Century. Their church, devoted to the Holy Cross, is now in the centre of Burgas and is thought to be the oldest edifice in the city

How many Armenians live in Bulgaria today is not clear. While the Armenian organisations count between 18,000 and 22,000 compatriots in Bulgaria, the 2011 census listed only 6,360 Armenians. The discrepancy could be due to mixed marriages.
Plovdiv may be the most obvious site for the Armenian legacy in Bulgaria, but other big cities also have places of interest, mostly churches. The Armenian church in Ruse is a very atmospheric example. Situated in the heart of the one-time Armenian neighbourhood, the St Virgin Mary church was initially a wooden building. After it was destroyed by fire, the present church was built in 1832.

St Sarkis is one of the most memorable buildings in the heart of old Varna. Hidden in the so-called Greek Neighbourhood, the church was built in 1843 on the site of an older church from the 17th Century. The belfry was added in 1910. Sadly, a recent over-renovation has robbed the church of some of its erstwhile charm, but it is still the best place to meet Armenians in Varna, which has one of the most prominent communities in Bulgaria.

The Armenian church in Shumen, built in 1834 and renovated in the early 2000s, witnessed a curious event. Here, in 1849, Hungarian revolutionary Lajos Kossuth attended Christmas Mass with his followers. What a Hungarian revolutionary was doing in this Ottoman backwater is a fascinating story. During the Hungarian Revolution against the Austrians in 1848-1849 Kossuth was elected Regent President, and after the suppression of the revolution fled to the Ottoman Empire. He lived for a while in Vidin and Shumen, and then in Asia Minor, before leaving for the United States in 1851. 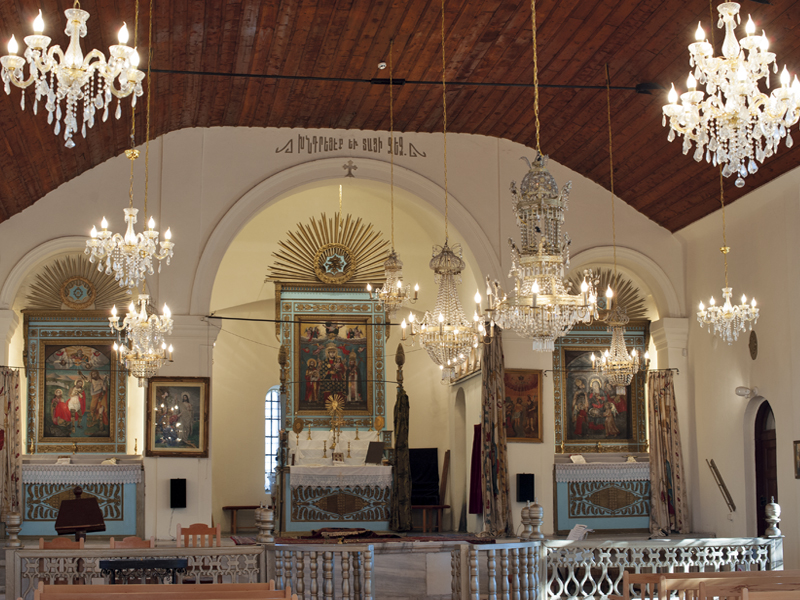 The Armenian church in Shumen

The Armenian church in Burgas is probably the most curious example of Armenian architecture in Bulgaria. Built in 1853, the Surp Khrach was designed for the growing Armenian community in Burgas, a city which was already one of the most prosperous and multiethnic places in Bulgaria by the end of the 19th Century. The Surp Khrach is very small, and is additionally dwarfed by the huge Communist-era hotel hovering over it.

Read 14420 times Last modified on Wednesday, 29 June 2016 11:48
Published in High Beam
More in this category: « SOZOPOL'S FEAST OF ST NICHOLAS THE SILENCE OF THE STONES »