Blessed be these ships and those sailing on them © Anthony Georgieff

When the summer is over and the last visitors for the year have gone, Sozopol quickly returns to its former life as a quiet fishing town. The hotels are boarded up, the restaurants are closed and the streets are empty. In itself, this is an incredible sight, especially if you've seen what Sozopol looks like in August. In wintertime, salty wind blows along the empty seaside promenades, and the voices echoing between the traditional houses in the old quarter belong not to the guests of the many B&Bs, but to their elderly inhabitants. There is no queue in front of Ss Cyril and Methodius church, where the supposed relics of St John the Baptist are kept.

In winter Sozopol belongs to its fishermen. Notoriously slightly tipsy from early in the morning, eager to tell anecdotes and voice their opinions on politics, the Sozopol fishermen are a breed of their own. They are generous and boastful and, if they like you, will share their meal, their rakiya and their life stories with you.

You rarely see them in summer, when they take to sea before dawn and drink aniseed liquor under the awnings of clandestine taverns known only to the locals. In winter, however, Sozopol is theirs, and the day when they are most visible, friendly and, of course, tipsy is 6 December, the feast of St Nicholas, the patron saint of sailors and fishermen. 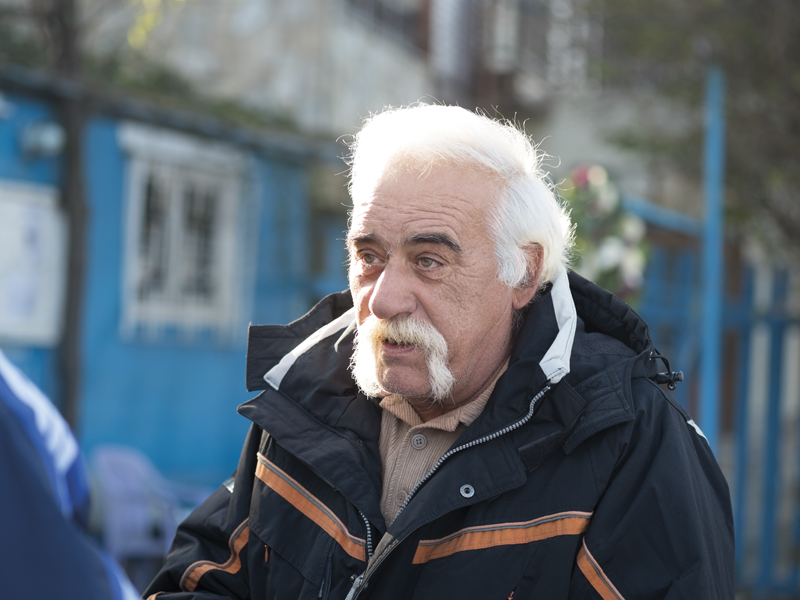 Bulgaria has never been a proper maritime country, yet the 6th of December is a feast celebrated widely both along the sea coast and inland. The explanation is that there is hardly a family in Bulgaria without someone bearing the name of Nicholas, or one of its male and female derivatives. It is also one of the first feasts of the winter, starting a series of overdrinking, overeating and partygoing which lasts for weeks and effectively ends around 18 January, the feast of St Atanas.

Ironically, the traditional meal for the feast of sea-connected St Nicholas is... carp, a freshwater fish. The so-called Nikuldenski sharan, or St Nicholas Day carp, is a culinary monstrosity of carp stuffed with walnuts, wrapped in dough and baked. Some Bulgarians admit that they can't stand it, but many others swear they have been waiting for a whole year to get it. 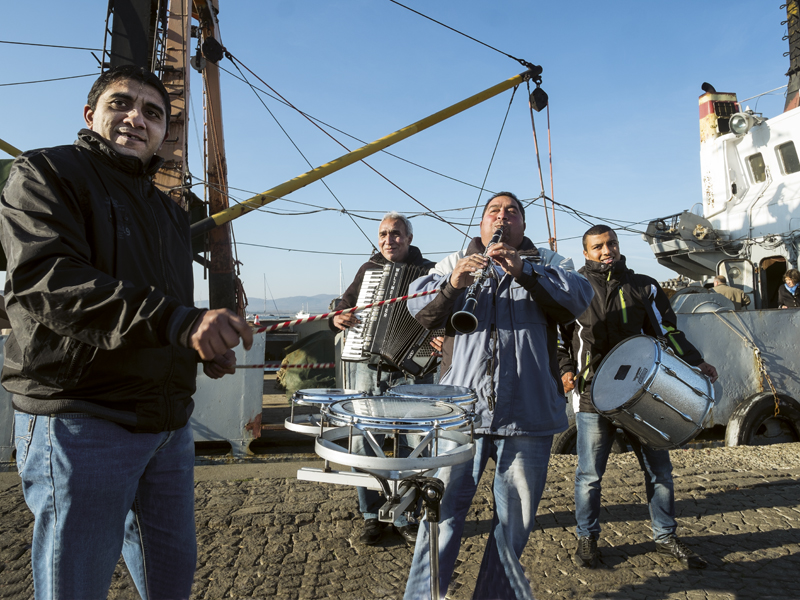 A band of Gypsy musicians adds to the festive mood

In Sozopol, which has relied on fishing and seafaring since its foundation by Greek colonists in the 7th Century BC, St Nicholas's Day is serious affair. Here, the feast is not only for those still living and riding the waves, but also for all sailors and fishermen who have died in the cold embrace of seas and oceans.

On the morning of 6th December, Sozopol's townsfolk attend Mass in St George's Church, in the heart of the old quarter. The priest blesses wreaths and bunches of flowers dedicated to those who were lost at sea. Then he leads a solemn procession, with the icon of St Nicholas carried by respected citizens, all the way to the harbour. There, the priest blesses the fishermen and the sailors, and all boats, ships and yachts moored in the bay. The flowers are distributed among the boat captains, who then sail out to sea and, at a signal, toss the wreaths away on the waves.

This is their dedication to those who have lost their lives at sea. 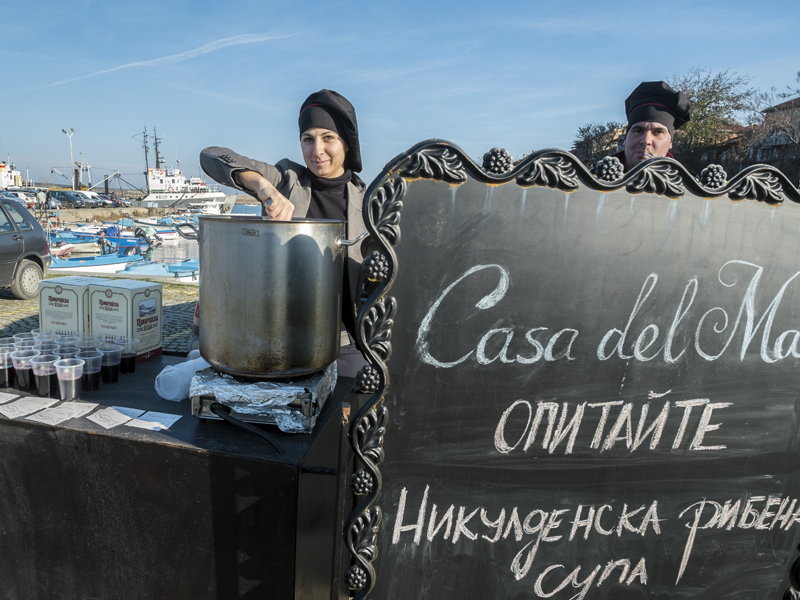 After the ceremony is over, everyone is treated to a bowl of fresh fish soup

Once this is done, the 6th of December turns on a more festive mode. The seamen come back ashore, where there is drink, and plenty of fish . They spend the hours until dark in feasting, telling stories, remembering dead friends and complaining about the fate of the fisherman, who is so dependent on the capricious sea.

Visiting Sozopol on the 6th of December will provide an opportunity to partake of all of this as the party is open for everyone and everyone is very welcome. Being able to walk the empty streets of the Old Town and take in all that is extremely touristified in high season is a huge bonus.