From ruins in Plovdiv to forts on the Danube

Travellers have for centuries been amazed by the size and magnificence of Roman remains in Bulgaria, and though many ancient ruins have been lost to modernisation, much still remains.

The Romans consolidated their power over today's Bulgaria at the beginning of the 1st Century AD, absorbing the local Thracian tribes into the multicultural and multiethnic empire. Life changed, to an enormous extent. New cities were built and older ones were refashioned, with temples, baths and opulent villas in the latest Roman fashion.

Amenities such as cobbled streets, sewage systems, aqueducts and the best roads which this part of the Balkans has seen in centuries were introduced. The Romans also introduced some new gods, spectacles such as gladiator games, and plenty of new immigrants from all over the empire. Some of the newcomers were merchants and others administrators and soldiers serving in the legions' camps, mainly along the Danube border.

The most prominent gate of ancient Diocletianopolis, now spa town of Hisarya, is called The Camels

This Roman rule over present-day Bulgaria lasted for centuries until, in the 4-6th centuries, it gradually reshaped itself into a Christian Byzantine one. Soon, however, much the Roman heritage in Bulgaria was obliterated by waves of Barbarians crossing the unsecured Danube, by overbuilding, and by locals who, up to the 2010s, saw ancient ruins as a source of cheap building materials – or as an obstacle to the construction of their latest hotel, which must be destroyed before any archaeologist might notice. The newest threat to the Roman architectural heritage is the controversial "restoration" of a number of archaeological sites which has been in the public eye for three years now. 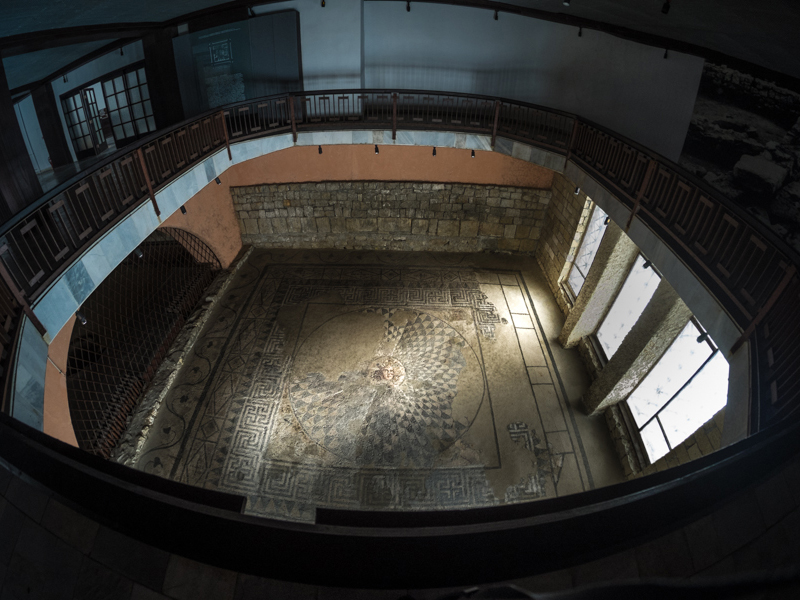 A fine mosaic head of a Medusa-decorated lavish Roman villa, in today's Devnya

Yet, in spite of these shortcomings, the Roman ruins in Bulgaria still make a trip worth taking.

Sofia (Roman name: Serdica) is the easiest way to begin. As the story goes, Emperor Constantine loved Serdica so much that he seriously considered moving the empire's capital here, before choosing Byzantium as New Rome. The remains of a palatial building and the nicely preserved Rotunda, in the courtyard of the Presidency, remain from that era in the life of Serdica. 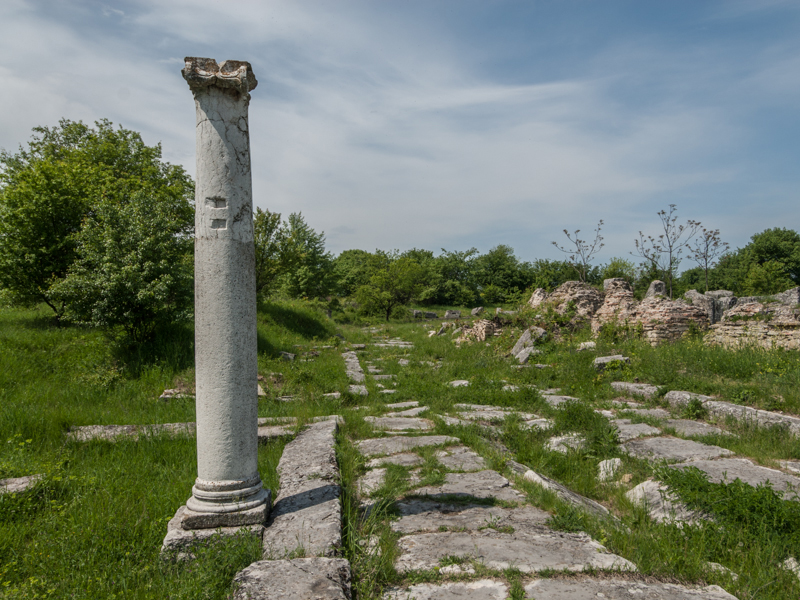 The ruins of Nicopolis ad Istrum, built by Emperor Trajan, are a dozen kilometres away from modern Veliko Tarnovo

The ruins of some of the defence towers and gates of the ancient Serdica fortification walls await you in the underpass by the Presidency, beside the Banya Bashi Mosque and the Catholic Cathedral and on Iskar Street. The remains of an enormous amphitheatre are exhibited in the basement of the Arena di Serdica hotel, on Budapest Street. Sadly, the parts of Serdica which were discovered during the construction of the Sofia metro (in front of TsUM) have not been properly exhibited yet. A beautiful compensation are the early-Christian catacombs at St Sofia Church. The basilica itself was built in the early 4th Century and is the oldest functioning church in Bulgaria. 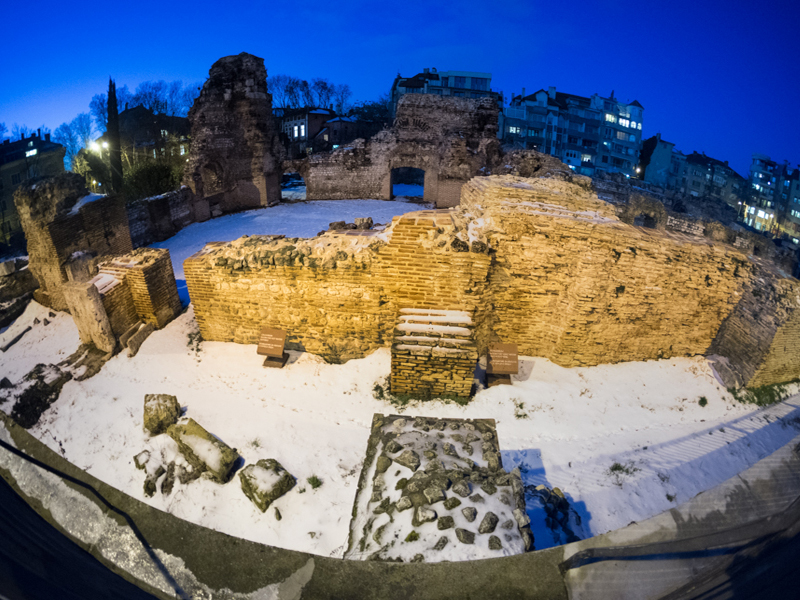 The Roman public baths at Varna, ancient Odessos, are the largest in the Balkans

For a more full-on Roman experience, however, head to Plovdiv (Roman era name: Philippopolis). It used to be the main city of the province of Thrace, and it shows. The mighty remains of a 2nd Century stadium, sensitively restored with Norwegian funding, is the show-stopper here, along with the largest preserved ancient theatre in Bulgaria. The stadium is on the fringes of Plovdiv's famed Old Town and the theatre is tucked between two of its hills. Plovdiv's Old Town itself is built over what used to be the fortified heart of Philippopolis, and the mighty fortress wall at Atanas Krastev Square, beautifully overbuilt with 18th Century houses, bears witness to this.

The St Sofia Basilica is Bulgaria's oldest functioning church. The modern city of Sofia was named after it

In the centuries of Pax Romana, the city life of Philippopolis was concentrated in the plain at the foot of the hills of the Old Town. The modern Post Office still covers the grandiose, 11 hectare forum of Roman Philippopolis. A tiny part of it has been excavated, but research continues with the promise of interesting discoveries. In the nearby Arheologicheski Underpass is the stunning mosaic of the Goddess Eirene, exhibited in situ at the ancient Roman home where it was discovered in the 1980s.

Farther along Marie Louise Boulevard is the beautifully conserved and exhibited Small Basilica, with its mosaics. Built at the end of the 5th Century, the church was decorated with elaborate symbolical depictions, much loved by early Christians. After years of neglect, the mosaics were brought back to their former glory with the support of the America for Bulgaria Foundation.

An altar from Ratiaria, the capital of the province of Moesia, at the museum of the nearby village of Archar. Since the 1990s, Ratiaria has been destroyed by looters

A heavily restored part of one of the two aqueducts which fed Philippopolis with water stands mid-traffic at Komatevsko Shose Street.

Probably the best preserved Roman fortifications are close to Plovdiv, in Hisarya (Roman name: Diocletianopolis). This tiny city at the southern slopes of the Sredna Gora mountain has been a popular spa resort since the Romans, who loved its healing – and boiling hot – mineral springs. Today, the heart of spa activity at Hisarya is still confined within the brick-and-mortar embrace of the ancient Roman walls. The most spectacular of all the gates is the one called The Camels after its intact humpback arch.

For more, albeit heavily restored Roman ruins in the area, go to Stara Zagora (Roman name: Augusta Traiana). The museum, however, is quite interesting after its 2009 renovation, preserving a section of a Roman street and some fine mosaics.

The recently restored stadium of Philippopolis, now Plovdiv, was built in the 2nd Century and had a capacity of 30,000

Varna (ancient Odessos), on the Black Sea, was a city inhabited mainly by Greeks in Antiquity, but Roman civilisation influenced it extensively. Here, at the core of the city, are preserved the ruins of the largest ancient baths in the Balkans. Built in the 2nd Century, they cover over 7,000 sq.m and are an imposing sight, even in their present poor condition.

The best possible way to re-imagine the opulent life of wealthy Romans is to visit their villas. The most ornate and the best preserved and displayed is Villa Armira, near Ivaylovgrad, dating from the 1st Century AD. In this grand complex, the family of the owner enjoyed a pampered life with running water, central heating and a pool, while their servants worked on the huge farm. Recently, Villa Armira underwent sensitive restoration and the marble statues from the pool and the mosaics depicting the owner and his infant children, who suffered from rickets, were reinstalled in situ after years in the National History Museum in Sofia. 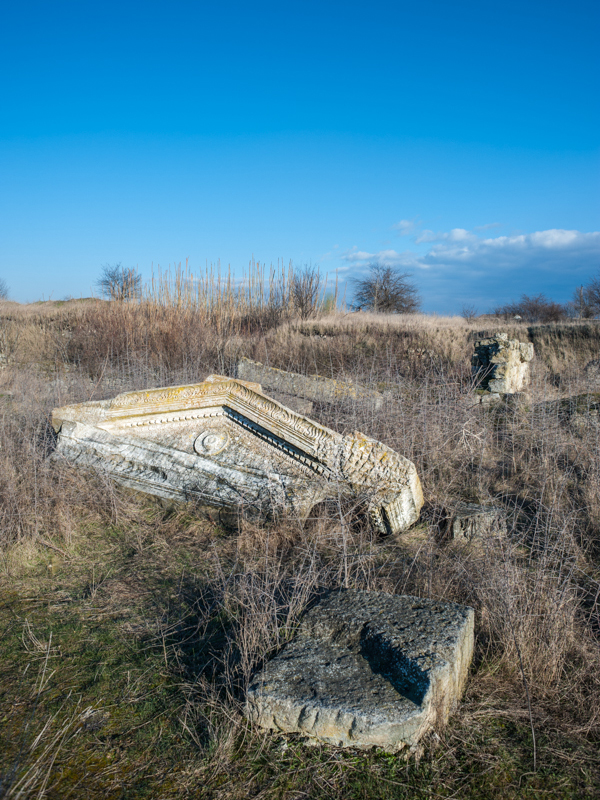 The ruins of Oescus, a Roman city on the Danube near modern village of Gigen

The villa at Devnya (Roman name: Marcianopolis), near Varna, is exhibited in a grim museum suffering from all the shortcomings of early-1980s public architecture. Yet here, without pomp and fanfare, lies one of the best mosaics from Roman Bulgaria – a head of Medusa with tangled hair and wild eyes. The villa was built at the end of the 3rd and the beginning of the 4th centuries. 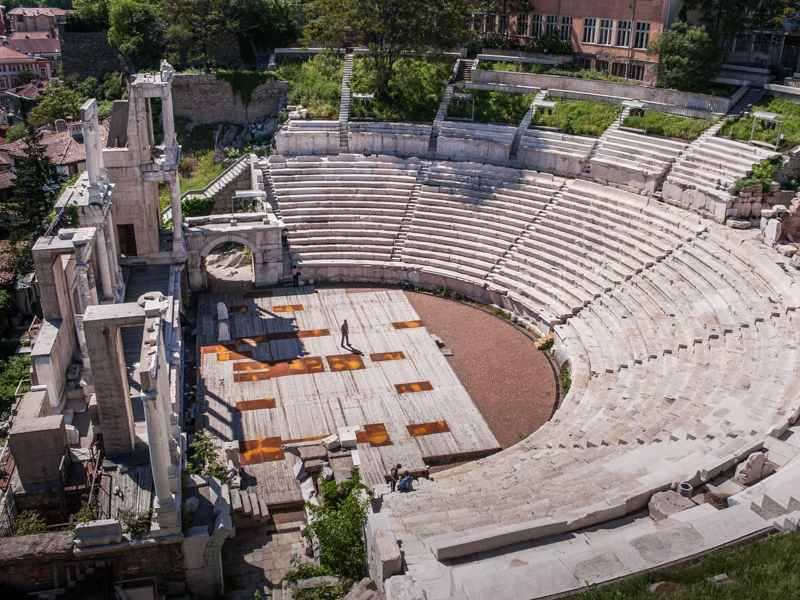 The Romans paid special attention to the Danube border of their empire as it was the gateway for Barbarian attacks. The first military camps housing several legions appeared on the river as soon as Roman control was established. Soon, close to the camps new settlements appeared, where local people and itinerant merchants mingled with prostitutes and soldiers' wives. Some of these settlements grew in size and prominence and later become cities.

Their remains dot every site suitable for defence along the course of the Danube. The base of the fortress at Vidin (Roman name: Bononia) lies over Roman fortifications. There is much more to see in the village of Gigen (Roman name: Oescus) – a whole city abandoned to the elements. Close to Svishtov and Ruse are the remains of the camps and cities called Novae and Sexaginta Prista, and in the hearth of Silistra (Roman name: Durostorum) there are Roman fortifications. Silistra boasts, too, one of the finest preserved early Christian tombs, from the 4th Century. It is claustrophobically small but its walls are covered with portraits of the late owner with his wife, servant and (okay, it is speculation) his favourite mistress.

Bronze balsamarium, representing an African boy, 2nd Century, Plovdiv Archaeological MuseumOn the Danube, too, there is the most striking example of the scale of looting in modern day Bulgaria. This is Ratiaria, a Roman city on the outskirts of the modern village of Archar. Over the past two decades, while the authorities turned a blind eye, local people plundered the ancient remains, digging for coins, sculptures or anything else which could be sold on the antiques black market. Today the once glorious Ratiaria is a sad sight; a field of randomly excavated ground left by the treasure hunters. The looters are still active there and a group of them were even caught by a Google car and can now be seen on Google Street View, with spades and all.

Nicopolis ad Istrum, near Veliko Tarnovo, is the complete opposite of Ratiaria. This city was built from scratch at the beginning of the 2nd Century by Emperor Trajan, as a commemoration for his victory in the Dacian Wars (the famous column in Rome is another monument to the same event). Nicopolis ad Istrum grew and prospered for about three centuries, but in the 6th Century its citizens could not defend it from invading Barbarians and moved to the fortified hill of Tsarevets, in Tarnovo. Thus, the ruins of Nicopolis ad Istrum were spared destruction by later generations of inhabitants, as happened in Varna, Plovdiv, Sofia and Stara Zagora. 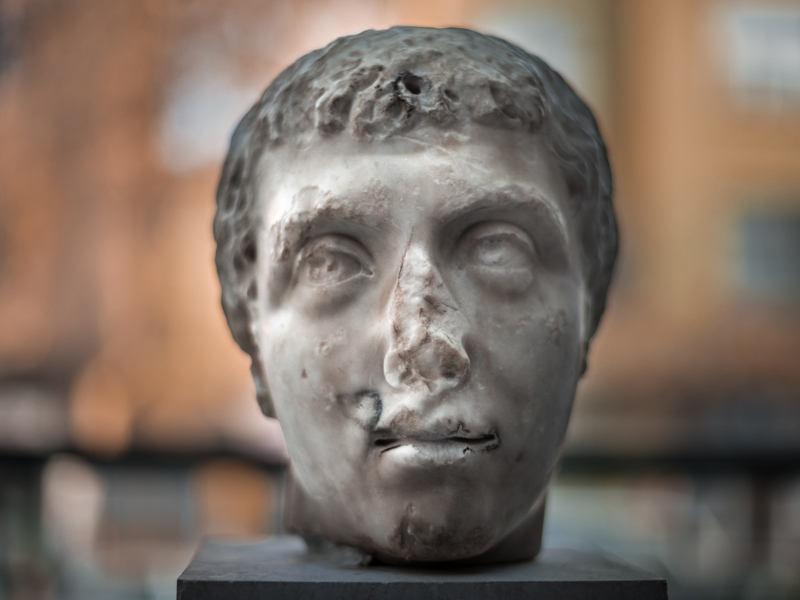 In the 19th and early 20th centuries much of the city was lost as the villagers of the neighbouring village of Nikyup used it as a source of building materials – and looting, of course, but in the past decades Nicopolis ad Istrum has been painstakingly and meticulously researched and restored, and it recently received a much needed upgrade of the tourist infrastructure.