Roma community organises fair for young of both sexes to meet

Socialising with strangers in bars, hanging out with friends and colleagues, going on blind dates, having a dating site account: finding a partner in modern Bulgaria is like anywhere else in the West, but there is a community where people meet prospective spouses in a much more traditional way.

Every year, the Kalaydzhii, a distinct group of Bulgaria Gypsies, organise a Brides Fair.

To the outsider (and to many Bulgarians), all Roma seem the same. They are, however, divided into several groups which differ in religion, traditions and livelihood. The Kalaydzhii are Eastern Orthodox Christians and for centuries have been itinerant tinkers. Their craft is dying out now, but they continue the tradition of living in small groups scattered around Bulgaria.

The Kalaydzhii prefer to marry within their clan, but even with the advent of the Internet and mobile communications, their lifestyle is an obstacle to socialising with kinsmen. So they organise two annual gatherings – a time to meet up with friends and relatives, exchange gossip, do business and, for the young ones, to find a partner in life. 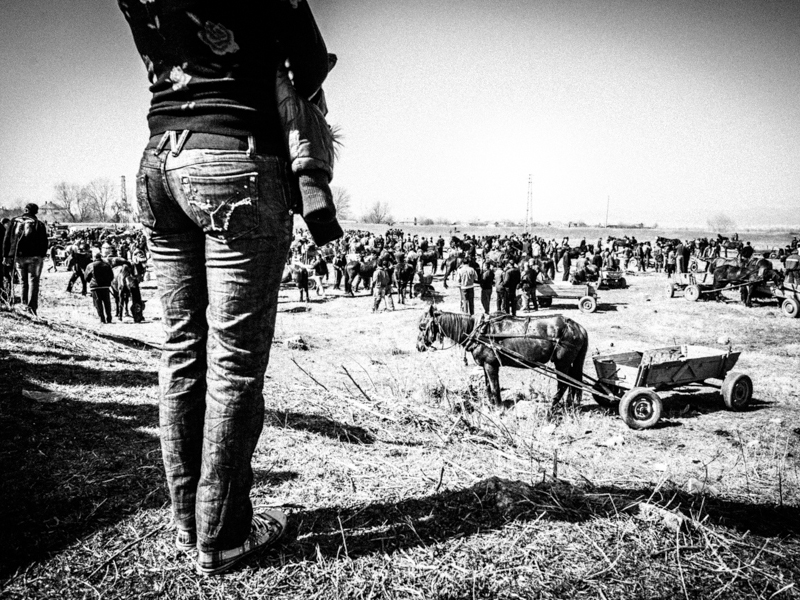 The Kalaydzhii meet on Todorovden, a movable feast on the first Saturday of Lent (this year it was on 8 March), near Stara Zagora, and on the feast of the Assumption, which is always on 15 August. Then they meet at Bachkovo Monastery.

The Todorovden meeting attracts more attention from the media as it is the time when many Kalaydzhii families bring along their young daughters in the hope of finding them a suitable husband.

It is a colourful affair. 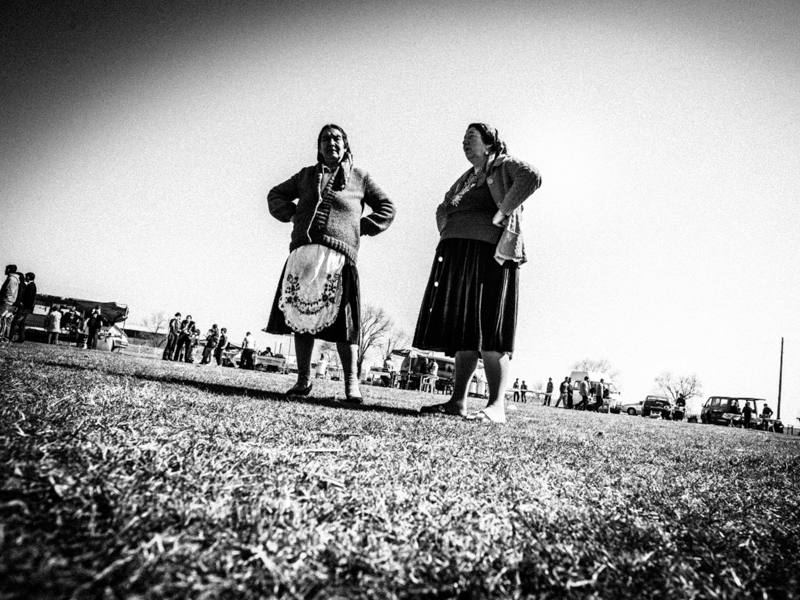 Many are there just to socialise, and the stalls with beer and kebapcheta are packed with men (the elderly still sport dark suits, white shirts, wide-brimmed felt hats and huge moustaches) feasting with friends. Children run around eating ice cream and people flock to the horse fair which is held only metres away from the bride fair.

Nothing at the gathering can compare with the girls, though. They wear heavy eyeshadow and their faces are painted white and red. The designs of their super-sexy clothes are sometimes borrowed from the stage costumes of the most popular chalga divas. Some of the girls are shy, others are more flirtatious. The more affluent smile broadly to show off their gold teeth, a sign of prosperity. Blue eyes and long hair are other "assets" sought after by the young men at the fair.

The age of future brides varies. Regrettably, many Kalaydzhii remove their daughters from school when they reach 15 (14 is the age of consent in Bulgaria), and start looking to marry them off. At the fair, the chances are against girls in their mid-20s. They are considered too old and, as they are most likely to be divorced, they are not valued as the virgins are.

Whoever the prospective bride, a step away from her is her grandmother. The old ladies are as colourful as their granddaughters but in a more traditional way – they still wear the bright skirts and aprons of the Kalaydzhii traditional costume, and their long braids hang down their backs. The grannies gravitate around the girls, keeping an eye on the menfolk, ready to fend off any inappropriate behaviour, and to approach anyone showing sincere interest in their granddaughter. 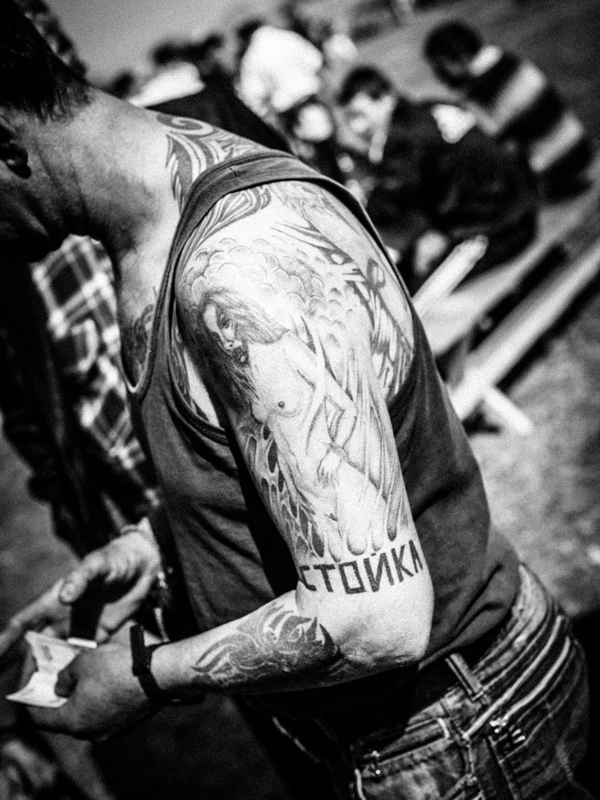 It looks difficult to woo a girl in such circumstances, but the young men do their best. They walk around with their friends, defiantly munching sunflower seeds.

It is not unusual for a boy and a girl to have had a crush on each other long before the fair, but they can still attend and use it as the official platform to announce their engagement.

When a boy and a girl fancy each other, the grandmother goes into action and immediately organises a meeting between the two families. Reaching agreement is a delicate task and to save face the negotiators prefer to do it in private. Only when an agreement is reached, are the engagement and the sum paid by the boy's family for the bride publicly announced, with music and dancing from the new couple.

The exchange of money and haggling over the sum is a vital part of the traditional fair and is much debated every year. When the economy was booming in the 2000s, a beautiful virgin from a well-to-do family could cost as much as 50,000 leva. With the crisis prices went down, stabilising at around 3,000-5,000 leva, with the bottom price as low as 500 leva. 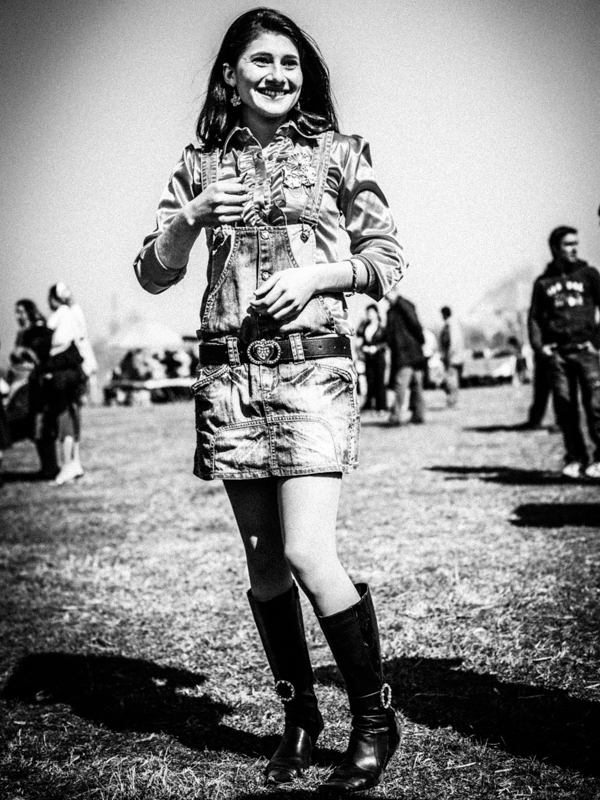 It is referred to as "buying a bride," but everyone at the fair is eager to point out that it is not a real trade but only a tradition. No one would marry their daughter to a man she disliked, no matter the money on offer. Anyway, the people say, the money paid for the bride is then spent on the wedding, which should be as lavish and ostentatious as the family can afford.

Does this way of finding a spouse work in terms of securing love and happiness in the years to come? There is no rule. At the fair one can see smiling young women with small children who found a husband there a year or two before, but the number of divorced girls "on sale" every year shows that, as with more modern ways of finding a spouse, things can also go wrong at the bride fair. 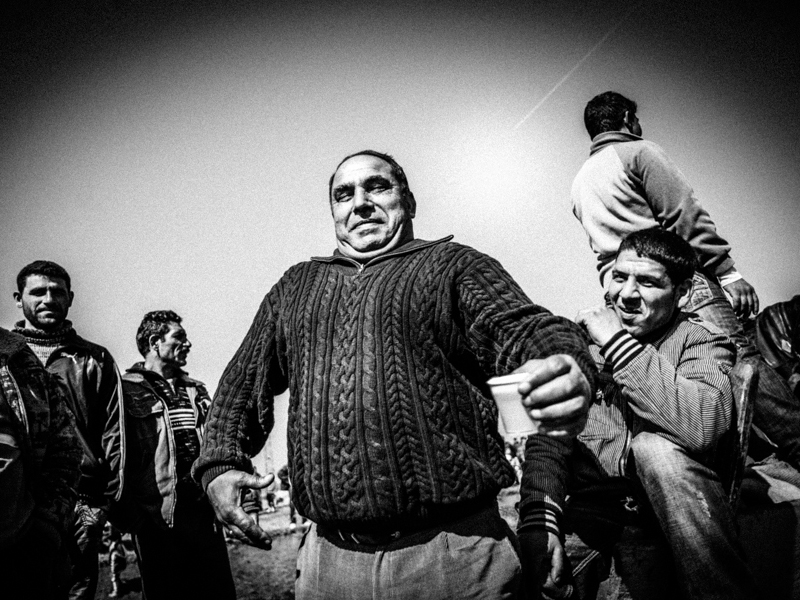 The fair itself is changing, too. Not that long ago the girls would come dressed in the traditional skirts and aprons that now only they grandmothers wear. The Internet facilitates communication between the youngsters and they have started to look down on the whole affair and also on the importance of virginity. Many girls dream of marrying outside the Kalaydzhii.

Even the location of the fair is changing. For years it was held on a muddy and neglected meadow just outside the village of Mogila, a few kilometres from Stara Zagora, but last year people decided they – and their beautiful daughters – had had enough of the mud and the mess and the noise of the horse fair. In 2013, the bride fair moved to a deserted plot of land by the Stara Zagora railway station.

Ironically, this was where a mall had been planned – before the crisis stopped its construction.