AROUND BULGARIA IN 5 SACRES SITES

Spirituality abounds through a country of many faiths and religions

You don't need to be a believer to experience something special at some places and some moments. A sense of spirituality can enfold you anywhere, anytime. Being a small but very varied country, Bulgaria has plenty of locations conducive to this. It is a country of many religions, both old and new, long dead or still living, and it is yours to explore with eyes and soul open once you get tired of the beaten tourist track.

An UNESCO site only 120 km from Sofia, Rila Monastery has been one of Bulgaria's most visited religious sites for centuries. This started soon after its founding, in the 10th Century, when the Bulgarian King Petar (927–969) tried to visit its founder, the hermit St Ivan of Rila. Later, the monastery accumulated prestige, an extensive library and architecturally exquisite buildings. It became even more important when St Ivan of Rila was declared the patron saint of Bulgaria.

Rila Monastery suffers from its own popularity ‒ even St Ivan left it and sought solitude in a cave ‒ but finding solace for the soul is still possible here.

The setting and the beauty of Rila is overpowering and the monastery is still full of thought-provoking details. The menacing 19th Century frescoes of Hell at the entrance of the church prepare you for its gloom inside, where the miracle-working remains of the saint lie in an wooden chest. Not that long ago the chest was kept open, but one extremely devout woman tried to bit a part of St Ivan's holy relics. In one of the naves there is another place of veneration, the grave of King Boris III (1918–1943). The king's body was exhumed by Communists in 1945 and reburied, before the second grave was completely destroyed. Only the embalmed heart of the king "survived", and was buried at Rila Monastery after the collapse of Communism in 1989.

You can also visit the cave of St Ivan of Rila.

An interesting side trip will take you to the grave of James Bourchier (1850–1920), the Irish journalist who covered Bulgaria's tumultuous history in the late 19th and early 20th centuries. He chose to remain in Bulgaria even in death. 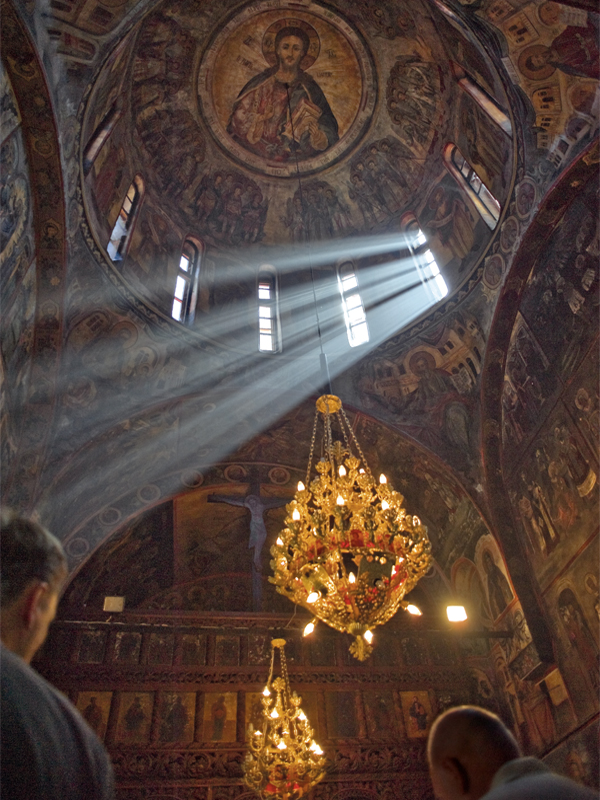 Bulgaria's second largest monastery, the Assumption Monastery near Asenovgrad, was founded in the 11th Century by two Georgian brothers in what was then the Byzantine Empire. This was a common practice at the time, and soon the monastery became a popular place of pilgrimage.

It was probably the proximity of Stanimaka (today's Asenovgrad), a major town at the time, or perhaps it was the scenery, with the Chepelarska River tumbling down the steep slopes of the Rhodope. Whatever the reason, Byzantine nobles, Bulgarian kings and Revival Period townsfolk flocked to Bachkovo Monastery and adorned it with chapels, frescoes and gifts. Soon after its founding, the monastery received its own miracle-working icon. Today, people still queue to pray at the silver-clad image of the Holy Mother of God.

The crowd is largest on 15th August, the Feast of the Assumption, the official feast of the monastery. The narrow yard of the main church is packed with pilgrims and the families who have come to baptise their daughters on this particular day.

Outside the monastery gates, things take a twist. The Assumption at Bachkovo Monastery is also the date and the location of a big Gypsy gathering, and traders fill every square metre of the road with their stalls, selling everything from souvenirs to icons to cheap swimwear. 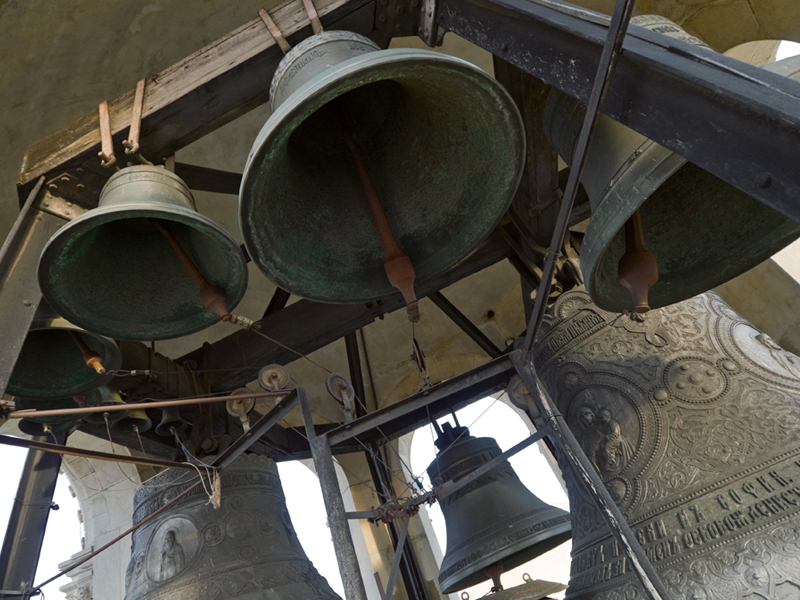 Built in 1912 as a memorial and in gratitude to the Russian soldiers who died in the 1877–1878 Russo-Turkish War, the cathedral is dedicated to a Russian saint, but as the main church of the Bulgarian patriarch St Aleksandar Nevski became a part of Bulgarian national identity.

Before 1944, only Bulgarian kings could have a wedding or a funeral service in St Aleksandar Nevski cathedral. Attending Easter Mass here under the atheist Communist regime was an affair carefully organised by the secret police – you had to be a foreign diplomat or have a special pass to be allowed in. One of the first democratic rallies in Bulgaria after 1989 was held in front of St Aleksandar Nevski, and President Bill Clinton held a speech here in 1999. Christmas and Easter Mass, celebrated by the patriarch, are broadcast on TV.

In 2010, when Sofia Municipality allowed a concert by Payner, Bulgaria's greatest chalga promoter in front of Nevski, the public saw it as sacrilege.

The cathedral's imposing silhouette and the Slavic art nouveau faces on the frescoes inside create a powerful religious atmosphere. If you are here on a Sunday morning or on a religious holiday you will be deafened by the church bells still rung by hand. 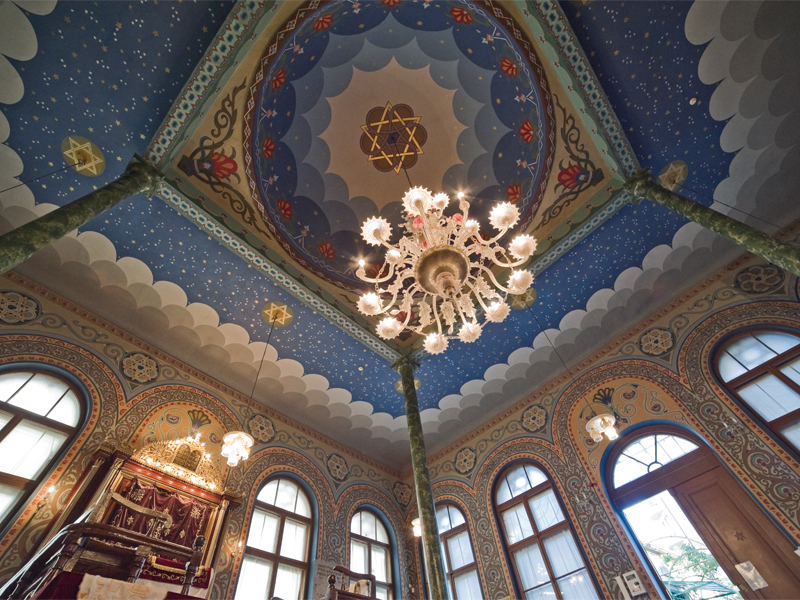 Throughout the ages, deities have come and gone in Plovdiv, leaving memories, temples and believers behind. The result is an overpowering sense of belonging to a place where faith has always been in abundance.

The Zion synagogue is one of Plovdiv's most spiritual places, and all the more so for its surroundings. It was built in the 1880s and, until the mid-20th Century, it was the centre of a lively Jewish neighbourhood. A hundred yards away is the location whence Plovdiv Jewry was assembled to be shipped to extermination in Poland, in March 1943. Luckily, the trains prepared for the human cargo departed empty. All of Plovdiv's Jews survived the war, but most left Bulgaria for the State of Israel and elsewhere in 1948–1949. Very few of them remained, and their neighbourhood was reclaimed by the city.

A wall of new, ugly apartment buildings was built around the Zion synagogue, hiding it from view, and the Communist state forced the small Jewish community to gather at the secular community centre. Religious life was reestablished in the quiet hall of the Zion synagogue soon after the fall of Communism in 1989. Its marvellous decoration was restored in the 2000s with American funding, and in its tiny yard there are a midrash, buildings for meetings and a memorial plaque to the Jews who died fighting in the partisan movement of 1941–1944.

The Zion synagogue is open on Shabbats and major feasts.

A miracle working, pious man lies in his stone tomb and Muslims and Christians alike gather, light candles there and pray. For the former, the man is the sage Demir Baba, or Iron Father. For the latter, he is St George. The shrine itself lies on the remains of a 4th Century BC Thracian sanctuary.

It sounds too ecumenical to be true, but here it is, the shrine of the Muslim sage Demir Baba. Nested at the foot of a rocky plateau near Isperih, his tekke, or shrine, is the major centre of pilgrimage for Bulgaria's Alevis, a unorthodox Muslim sect which promotes tolerance and borrows rites and ideas from other faiths, such as candle-lighting.

Built in the 16th Century, Demir Baba Tekke is most visited on 6th May, when Christians celebrate St George's Day and Muslims celebrate Hıdırellez, the beginning of spring. Go there on a slow day, when it is only you and the custodian, and you can easily explore the shrine and its strange mixture of legends, superstitions and mysteries.

Scraps of clothes hang from the trees, tied there by people believing they will leave behind their ailments. The supposedly healing waters of the Başparmak, or Five-Fingered, Spring are cold, dark and quiet. The stones of the shrine wall are covered with reliefs of rosettes and a mosque, and their meaning is as obscure as their outlines are clear.

Two holes gape in a boulder, the Witch's Eyes. They have appeared after thousands of pilgrims have tried to touch them with their own eyes closed. Do it successfully three times, they believe, and you will absolve yourself from sin.

Inside the seven-sided, permanently cold shrine, the giant grave of Demir Baba is covered with kerchiefs, towels and socks left by grateful pilgrims. On the walls, there are more mysteries, like the enigmatic, eye-like flowers. Only an Alevi could decipher them. For the other visitors, there is the strange satisfaction of having visited a truly spiritual site.