Gold, tombs, and shrines remind us of what Herodotus described as the world's most numerous nation after the Indians

Three nations are considered the forefathers of modern Bulgarians; the Slavs, the Proto-Bulgarians, and the Thracians. It all began at the end of the 7th Century AD when land-tilling Slavs united with horse-riding Proto-Bulgarians against a common enemy, Byzantium. The lands where Bulgaria was born, however, were not empty, as the remains of the Thracians, the ancient people described by Herodotus as the most numerous after those of India, still lived there.

The Thracians disappeared from history after the birth of Bulgaria, but they had inhabited the area for millennia. Exactly how many is still debated. Some historians believe the Thracians settled in the Balkans 5,000 years ago, bringing with them bronze metal processing and horses, and changing the indigenous culture and population forever. Others suggest that the Thracians were the people who created Neolithic cultures in the Balkans about 10,000 years ago.

Thracian history is almost as obscure as its origins. The Thracians left no written sources and what we know about their history, beliefs and culture is derived from archaeological research. The ancient Greeks, starting with Homer who boasted about the marvellous white horses of King Rhesus, were also an important source of information. The Thracians were divided in tribes ruled by kings, and some states became so important and rich that they minted their own coins, built cities and hired Greek mercenaries to deal with rival Thracian kings. The Thracians traded with the Greeks and fought with them, as well as with several other civilisations – the Persians, the Macedonians, the descendants of Alexander the Great, and the Romans. In the 1st Century AD, the Romans managed to do what no one had achieved before – they conquered the Thracians and turned them into yet another cog in the machinery of empire.

Once absorbed into the mega-state, the Thracians adapted. They learned the official languages, Latin and Greek, and adopted the culture of the Roman world. They fought for the empire, worked for its wealth, and participated in its governance, but still preserved some of their culture and beliefs. In the 4th Century, for example, a young lady from Philippopolis was deemed a suitable match for a high-ranking official in Greece, as she was the daughter of a Thracian royal family. Many shrines of the old Thracian gods were still much visited until the 7th Century, and when Christianity finally prevailed, these deities evolved into saints. TheThracian god of wine, Dionysus, became St Trifon Zarezan, the Christian patron of vines and wine-making, and the Thracian god rider turned his cape and became St George.

The Thracians have disappeared, but much has remained of their treasures and coins, tombs and shrines, pottery, weapons and heroes – both mythical ones like Orpheus and historical figures like Spartacus.

Bulgaria is dotted with Thracian sites of importance, so go and see some of the most fascinating. 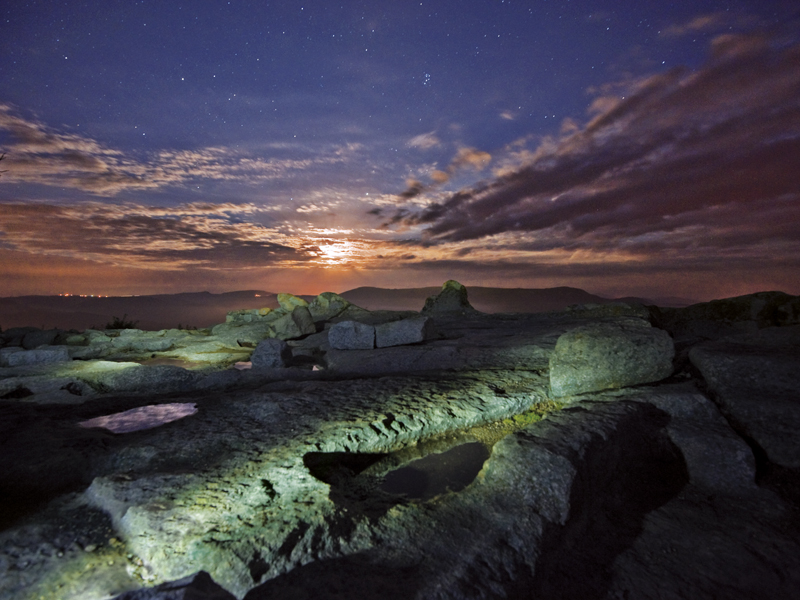 Situated on a peak overlooking a river valley in the Rhodope, Perperikon is a marvel. It was a rock settlement and a major Thracian shrine, which flourished in Antiquity and attracted devotees from far and wide. There is no hard evidence, but some historians suggest that Perperikon was indeed the famed oracle of Dionysus, which predicted the glorious future of both Alexander of Macedon and of Augustus. Faith was the raison d'être for the rock city's existence, but life there did not cease when the ancient gods gave way to Christianity. Perperikon became a major episcopal centre adorned with a basilica on the site of the one-time pagan shrine. It was abandoned during the Ottoman invasion.

In recent years, Perperikon has been hailed by the Bulgarian media as a rival to Machu Picchu. The comparison may be a bit farfetched, but Perperikon is definitely a must-see. 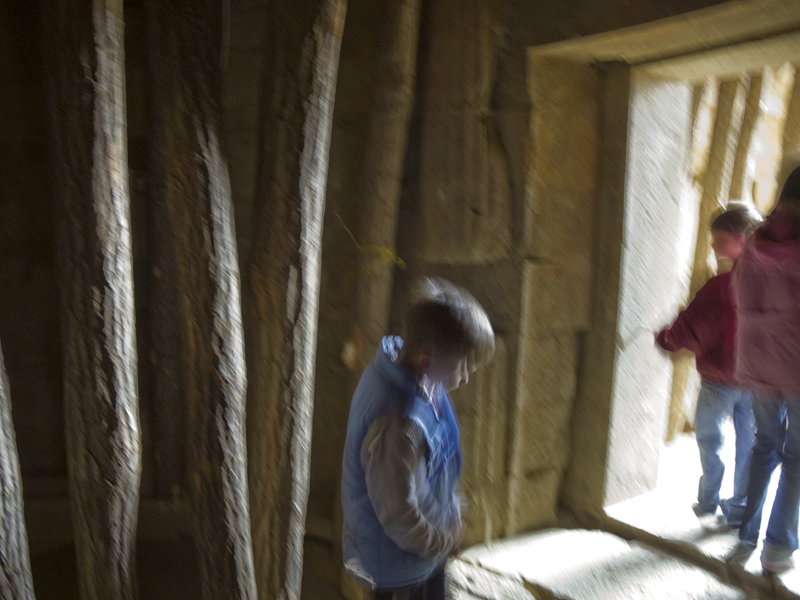 Excavated in 2000 by the late Dr Georgi 'Bulgarian Indiana Jones' Kitov, the Thracian mound at Starosel (daily, summer from 9 am to 6 pm, winter from 8 am to 5 pm) aroused both awe and controversy. Situated in the so-called Valley of the Thracian Kings, between the Stara Planina and the Sredna Gora mountains, it contains the biggest Thracian tomb ever discovered. Created in the 5-4th centuries, the time when early Thracian states vied for power and influence with the Greeks, the mound was encircled with a stone wall. A grand staircase led to a burial chamber with semi-columns and faded traces of frescoes. Nearby, another mound stands, with a smaller but equally exquisite tomb.

What makes Starosel controversial is Dr Kitov's hypothesis that it was not just a simple tomb, but a heroon instead, a shrine devoted to mythical or real forefathers, which was repeatedly revisited by living relatives. Some historians challenge this idea, but it has already entered mass tourism – the signs to the mound guide you to the "Cult Complex Starosel." 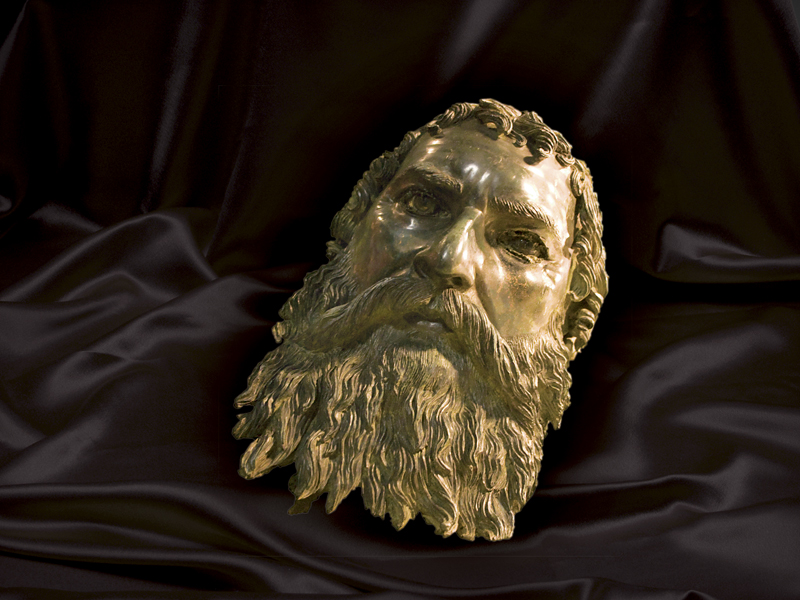 The Thracian kings and noblemen drank wine from cups of gold and silver, and priests used elaborately decorated vessels in religious rituals. Gold was considered a divine metal, and many noblemen went into the afterlife with gold wreaths on their heads, gold masks on their faces, and a multitude of gold jewellery and wine cups, along with richly decorated helmets and greaves. Some of these were made by Thracians masters, others were commissioned from the best Greek craftsmen, living far from Thrace.

Visiting two museums in Sofia is the easiest way the see these marvels of an ancient craft. In the treasure room of the National Archaeological Museum (2 Saborna St, daily from 10 am to 6 pm; www.naim.bg) lies one of the most fascinating finds Bulgaria has ever produced. The Valchitran Treasure is a collection of 13 gold vessels weighing 12.5 kg, made in the 2nd Millennium BC ‒ about the time of the Trojan War. The National History Museum (16 Vitoshko Lale St, daily, summer from 9.30 am to 6 pm, winter from 9 am to 5.30 pm; www.historymuseum.org) is the home of the exquisite gold drinking vessels from Panagyurishte and the Mogilanska Mogila mound and of the delicate harness decorations from Letnitsa, with scenes from Thracian cosmological myths.

Regional museums are worth visiting, too. Vratsa Historical Museum (Vratsa, 2 Hristo Botev Sq, weekdays from 9 am to 6 pm; www.vratsamuseum.com) exhibits the amazing Rogozen Treasure, the largest ever found in Bulgaria. The museum of Kazanlak also has a fine collection of treasures (Kazanlak, 8 Petko Slaveykov St, daily from 9 am to 5.30 pm; www.muzei-kazanlak.org) excavated from nearby tombs. 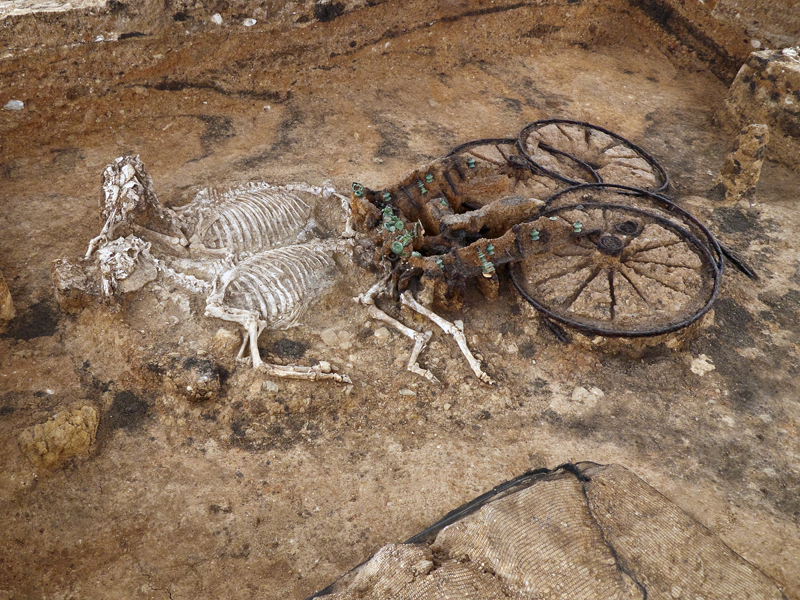 Thracian aristocrats went down the road to death riding their favourite chariot, with their favourite hunting dog running around. And it was quite literal. Archaeologists often find dogs and horses still in their harnesses pulling a chariot – slain and buried along their dead masters.

Until recently, the awe of stumbling upon a buried Thracian chariot was for two kinds of people, archaeologists and treasure-hunters.

It all changed in 2008, when a group of archaeologists began excavations at the Eastern Mound in a Thracian necropolis at Karanovo, near Nova Zagora. Treasure-hunters were the first to dig there, but they somehow missed the chariot they were after (a Thracian chariot on the international black market is very expensive). The skeletons of two horses were still harnessed in the chariot, and a slain hunting dog lay nearby. Excavations also revealed other precious artefacts, like a rare silver cup with dancing Eroses, and a glass rython in the form of a snail. The tomb dated back to the 1st Century AD.
Unlike so many Thracian sites that hit the news and are then abandoned to the elements, the Eastern Mound was lucky. In 2010, its content was conserved, with the chariot and the animal skeletons left in situ.

The Eastern Mound is now open daily for tourists from 9 am to 6 pm.

While there, do visit the nearby prehistoric settlement in Karanovo. A landmark site in the Balkans prehistory, it accumulates strata from the Neolithic to the Bronze Age. 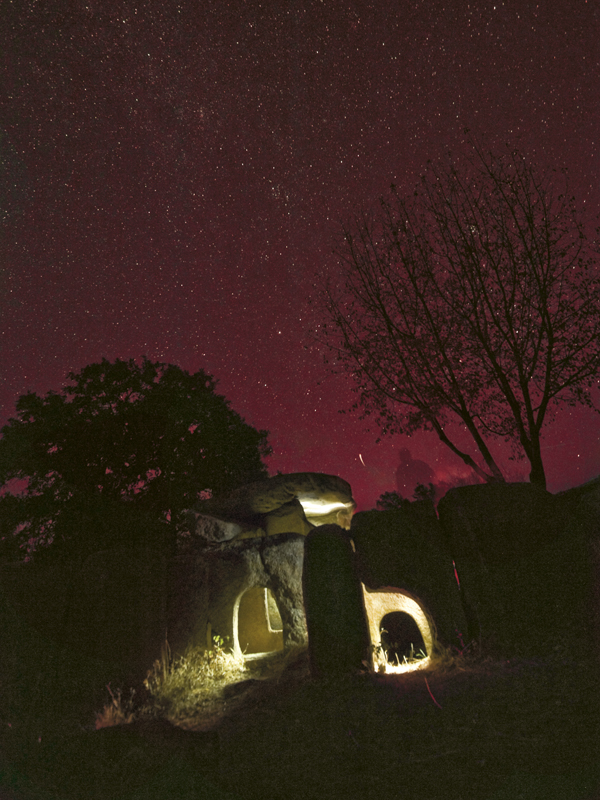 Thracians built dolmens, too – mostly in the Strandzha mountains – from the 2nd Millennium to the middle of the
1st Millennium BC. The majority are small and often in places far removed from the tourist trail. One, however, stands out. The dolmen near the village of Hlyabovo, near Haskovo, is a huge affair. This family burial ground has three adjoining chambers where artefacts were found that indicate it was in use from 1,000 until 500 BC. The dolmen is near the road from Topolovgrad to Haskovo, at the end of a short and easy path, but it is not signposted. No entrance fee, or working hours.