The elderly woman who holds the key to the church in the village of Dolen, in the Rhodope, gets up slowly from her wooden chair and shambles towards the altar. The scant light coming from the high windows falls on her. The theatrical effect attracts the attention of the small group of tourists freezing in the damp room who, in the gloom, have been trying to make out the famous wood frescoes that the church of St Nikola (1834) prides itself on.

"Now I'm going to show you something I show all visitors only in the end," the woman says in a level voice that heightens the drama in her words and gesture. She bends down and lifts up the edge of a carpet heavy with dust and years. Motes of dust swirl and shimmer in the dim light.

I brace myself, expecting something pagan. Perhaps a stone bearing that ancient Thracian deity usually depicted as a horseman, or a semi-legible inscription dug out of the ruins of an antique settlement and brought God knows when to that remote mountain village. You could well expect something like that in a place like Dolen.

There are many settlements in Bulgaria whose inhabitants re-used stones from ancient structures to build houses, bridges and churches. Rows of Thracian burial mounds can still be seen around Dolen, and the remains of the Roman town of Nicopolis ad Nestum are 20 km away, near Gotse Delchev.

The woman pulls the carpet aside and steps back into the darkness. There's a slab in the middle of the illuminated spot. Marble. However, the low relief on it depicts the two-headed eagle of the Ecumenical Patriarchate of Constantinople.
Of course. When the people of Dolen – Bulgarian Christians and Muslims live in the village – started building the church of St Nikola, they were still under the jurisdiction of the Greek-controlled Patriarchate of Constantinople. This stone slab was probably the most valuable acquisition for the church that was then still being built. 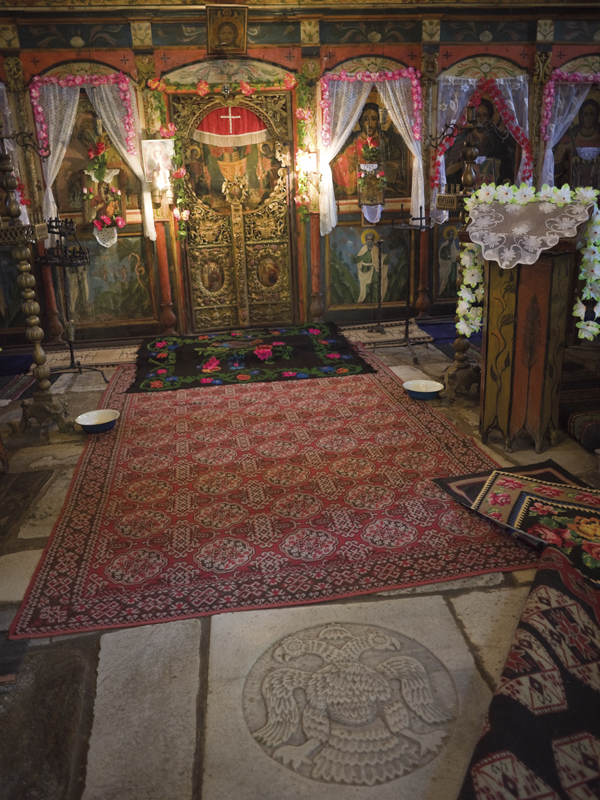 But those who installed it there would have hardly believed their ears had they heard the words of the old woman. "He who sets foot onto the stone and makes three wishes in true faith will see them come true," she says from the darkness.
From the outside, the church has nothing to catch the eye. It is half-sunk into the ground and its modest façade gives no hints either of the frescoes or the slab or the mystic atmosphere within. You might even pass right by the church of St Nikola and, bearing in mind the picturesqueness of the surroundings, such an oversight would be completely understandable.

The unique character of the village of Dolen makes you forget everything else. 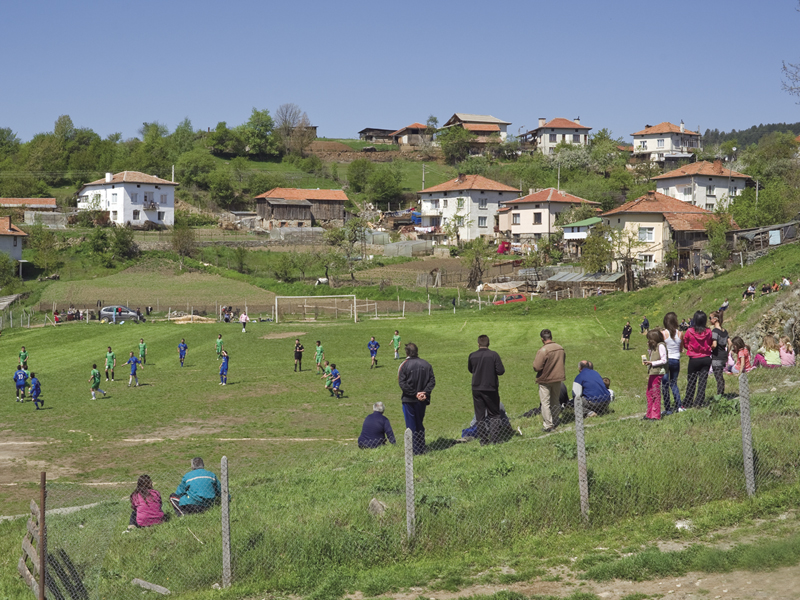 Football is a favourite pastime in Dolen

The old quarter lies on steep slopes that overhang a modest river. Hundreds of old houses are perched on these slopes, all of them in the architectural style traditional for this part of the Rhodope: sturdy, high stone foundations, bay-windows overhanging winding streets and heavy roofs of grey tikli, or stone tiles.

The village is an architectural preserve, but the type of tweeness characteristic of architectural preserves has as yet spared its former charm. The streets are still steep and, just as they were a hundred years ago, sprinkled with the droppings left by a flock of sheep that passed by recently. There are almost no tourists, few houses have been bought and renovated and no souvenirs are on sale. The locals scrape by by growing tobacco and selling stone tiles, instead of developing tourism. 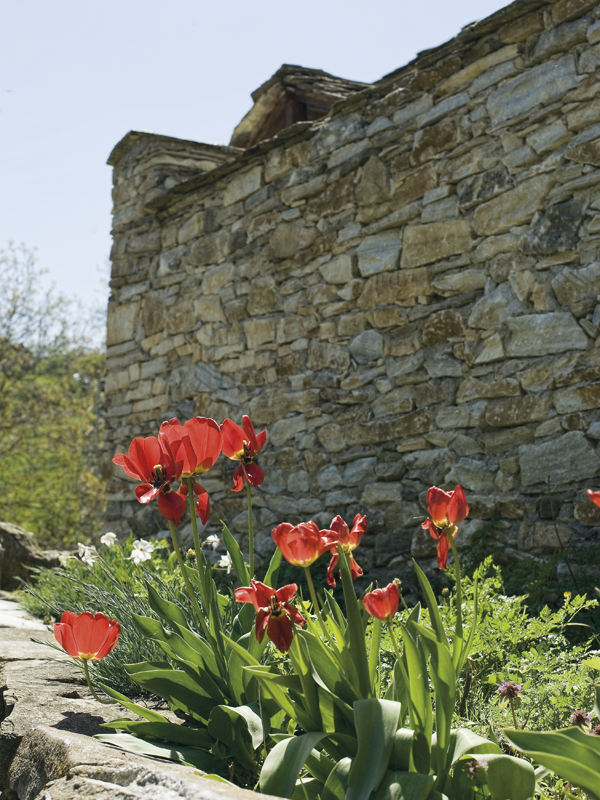 The old quarter is quiet, almost deserted, and each of the elderly inhabitants whom you meet on the cobblestoned streets offers a forgotten kind of pleasure – conversation with a stranger.

Such an atmosphere makes you almost believe that if you should set foot on the eagle-inscribed stone in the church, your three wishes would indeed be fulfilled.