A land the size of a palm: this was how Bulgaria is described in the still quoted verse by Communist poet Georgi Dzhagarov. What is not mentioned in that poem, however, is that under Communism this "handful of land" was strictly guarded. Socialist Bulgaria was surrounded by enemy NATO-members Turkey and Greece, and the deviant Comrade Tito's Yugoslavia and the maverick Comrade Ceausescu's Romania. Bulgaria needed the highest protection. So went the thinking, and the protection was organised accordingly.

After 1948, the Bulgarian borders were heavily militarised. Strict controls were imposed and few outsiders were granted permission, through the infamous otkrit list, to enter the borderlands. This had a severe effect on those living in the off-limit areas. The young left en masse, seeking work and an easier life in the big cities. Whole areas were depopulated, unless you count the personnel in the many military bases.

Democratisation after 1989, and Bulgaria's accession to NATO and the EU in the 2000s loosened the border controls. You no longer need permission to visit, say, Malko Tarnovo in the Strandzha or Rezovo on the border with Turkey. In spite of a tiny stream of people buying holiday houses, depopulation continues. Even the military presence is no more, its tasks now undertaken by the Border Police.

As a result, the borderlands of Bulgaria remain one of the few places where nature, old architecture, archaeological sites and traces of the Communist past survive undisturbed – a surreal landscape worth seeing, with tales worth listening to.

Under Communism, the borders were protected by barbed wire fences, marking the beginning of no man's land. No one was allowed inside, and the shooting of real or supposed refugees was obligatory. Many of the victims were buried on the spot, in unmarked graves.

Today, large parts of the border fences have been torn down, specifically those along the border with Greece. The fence still guards the border with Turkey, protecting Bulgaria from illegal immigrants. Entering the zone, however, is not that hard, if you have a local guide with connections to the Border Police. It is the only way to see archaeological sites like the Mishkova Niva tomb, near Malko Tarnovo.

A border zone means lots of warning signs, and in the Rhodope you will pass many of them on the road. Under Communism, they were places where vigilant soldiers checked the IDs of passers-by. Today, no one is going to stop you and the undistinguished road signs are slowly rusting.

Visit the villages which once were in the border area, however, and you will stumble on more curious signs. Usually made by the soldiers at the local military bases, they are the creation of artistic geniuses employed to write signs informing you that the border is X kms away, or that constant vigilance is needed to protect Socialist Bulgaria from its enemies.

The village is in the border zone and once inside, it is easy to distinguish what is Bulgaria and what is Turkey, with the Turkish side really close, on the opposite bank of the Rezovska River. 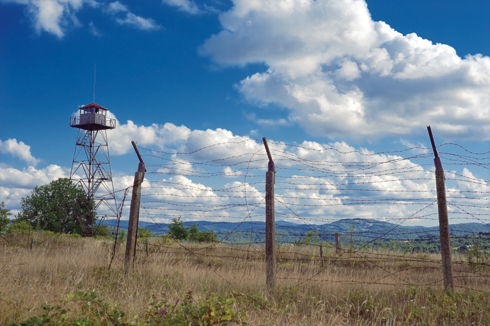 About a dozen people live here – population-wise Slivarovo is the smallest village in the area – and there are well preserved examples of typical Strandzha houses. The sleepiness and the isolation of the village are the perfect setting for a group of historical sites: the village church, the remains of ancient mines, and the stone circles in the Vatralova Vodenitsa area, hewn millennia ago as a part of an ancient Thracian solar cult, and several chapels.

The border between Bulgaria and Turkey in the Strandzha was set in 1913, and people continued to live along and travel through it on a regular basis for decades. In the late 1940s, however, Socialist Bulgaria started erecting fencing, and the villages inside the border land became a problem. 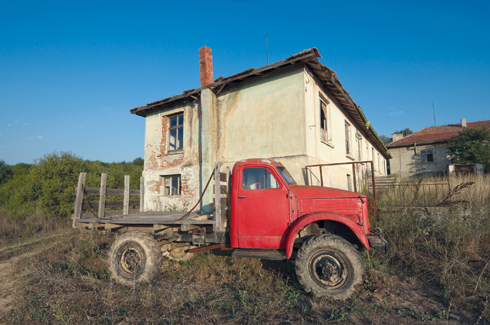 The case of the village of Moryane, a dozen kilometres from Zvezdets, is probably the most curious one. Fearing it might turn into a starting point for escapees, the authorities ordered every villager to leave and resettle elsewhere. Only one old man was left in Moryane, whose task was to turn on the lights in the houses every night, so the Turks on the other side would think that the place was still inhabited. When the old man died, the village was left to the elements.

The only thing still functioning in Moryane was the military base. It was abandoned, too, after 1989, and started to crumble away.

Visiting Moryane is possible, if you ask the State Forestry in Zvezdets.

Under Communism, everything on the Black Sea coast south of Sinemorets was in the border zone and the tiny village of Rezovo, right on the border with Turkey, was off-limits.

The unique position of the village made it a witness to one of the most farcical border incidents in Bulgaria's history. The border here runs along the course of the Rezovska River, whose mouth defines the sea border between Bulgaria and Turkey. Fishing of turbot was – and still is – essential for the people on both sides of the border. During the Cold War the two sides engaged in a local conflict over who could get more of the sea – and the turbot. The main weapons were earth-movers. Both sides tried to change the course of the Rezovska, dumping rocks and soil in it. This rivalry, luckily, never turned into a real conflict, but the river still suffers. Today, its mouth is unnaturally deep, narrow and twisted, with the sea-water around it almost brown from debris.

Crossing into Turkey from Rezovo is impossible, although a few years ago there were talks on opening a pedestrian checkpoint. There is still an army base on the Turkish side, and theoretically taking pictures of the border is forbidden. Few people, however, will stop you, as Rezovo is now on the tourist map. 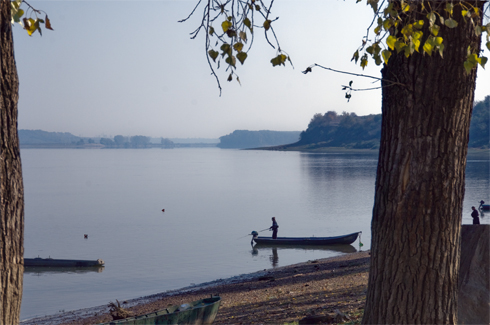 The Timok, which flows into the Danube, defines the border of Bulgaria with Serbia. Few people, however, bother to visit the place, as it is deep in what is one of the EU's poorest regions, and tourist attractions are far away. As a result, the area along the course of the Timok is as serene as one can find; a place of reeds, willows and fine sandy soil sculptured by the changing flow of the river; a perfect spot for fishing. Border control is lax and sometimes you can find yourself only a few metres away from a Serbian angler.

The Village of Siv Kladenets

In 1940, there were 200 houses in the village of Siv Kladenets, on the Bulgarian-Greek border in the eastern Rhodope, and their inhabitants were tobacco growers and silkworm breeders. They had a church, a primary school and enough young men to fight and die in the Balkan Wars of 1912-1913 and the Great War.

Today, the village is empty. Under Communism, people just left it. The remains of their houses, the church and even the monument to the fallen in the wars are still there. 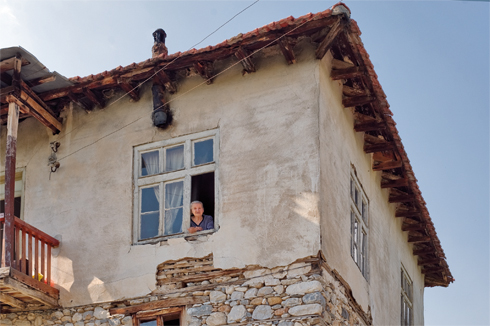 Today, this sleepy village on the border with Greece claims to be an ecological heaven, due to its pristine natural surroundings and the vineyards growing where, until 1989, the 2-kilometre wide no man's land was. In Communist times, however, life here was far from heavenly. The villagers had to pass several checkpoints to do something as simple as hoeing their vineyards. The results of this isolation are still visible. A handful of people live permanently in Piperitsa, and everyone is keen to show you the local sight – a now disused border turret of the Bulgarian border guards on one of the slopes of Slavyanka mountain. 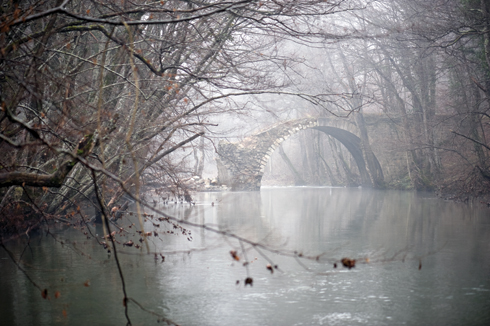 People used Valchanov Bridge until the end of the 1940s, when the course of the river was fenced off, and the bridge was destroyed, from the Bulgarian side. Trade died out, but the wildlife thrived and the once busy paths and roads were taken over by mighty oak forests thronged with wild boar, deer, hares and an array of wild birds.

In 2012, this haven was endangered when the Bulgarian government started to build a fence along the bank of the river. The official reason was to stop animals with foot-and-mouth disease entering from Turkey. The fence was eventually discontinued, but many century-old trees were chopped down before that.