First-time visitors to Bulgaria will probably be amazed to discover one of the striking differences between Bulgaria and its neighbouring Greece and Turkey is that it has no real islands to speak of. Nothing like Greece's thousands of isles and sea rocks, nothing even like Turkey's limited but still significant selection of offshore territories. When God bestowed all its natural wonders on Bulgaria he was very economical with islands. Sad, but true.

There are five isles in the Black Sea and a dozen or so in the Danube River. None of them is significant in terms of size or obvious tourist attractions. Three islands, Belene, St Anastasiya and St Ivan, have a history of isolation, having served as monasteries and/or prisons.

Where: Less than a kilometre from Old Sozopol 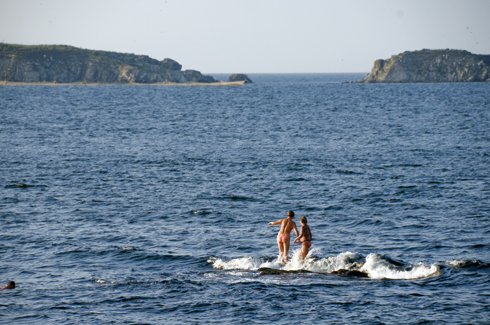 You have probably heard the name of Bulgaria's largest Black Sea island in a very particular context – the 2010 news that the "relics" of St John the Baptist had been discovered there. The "holy bones" were unearthed by archaeologists excavating the large monastic complex which was founded on the island in the 5-6th Centuries, and lasted until 1629, when the Ottomans destroyed it to prevent it becoming the base of Cossack pirates.

The island (pictured left) has been deserted ever since, if you do not count the Russian military hospital which was operational during the 1828-1829 Russo-Turkish war.

St Ivan, however, was sacred ground long before the advent of Christianity. In the 7th Century BC a temple of Apollo, the patron deity of Sozopolis, was built there. A few centuries later, it was adorned with a 12-metre bronze statue of the god.

The island is still a sanctuary, for wildlife. It is a protected area and home to several endangered species. The most interesting are Bulgaria's largest European Herring Gull population and the country's only earth rabbit colony, in existence since 1934. The coexistence between the gulls and the rabbits is far from harmonious. Tiny bones of bunnies eaten by the birds can be seen scattered all over the island. If you visit, try to avoid May, when seagulls nest and may become aggressive to humans.

Where: So close to St Ivan that it was believed to be part of it until recently

Bulgaria's smallest Black Sea island (pictured right) was probably born after a severe earthquake rocked the island of St Ivan. This catastrophe may have happened around the middle of the 19th Century, when the name of the island appears in historical records for the first time.

The islet is more popularly known as Bird Island, because of its Herring Gull colony. This is also the reason for its white colour, the result of accumulated guano. 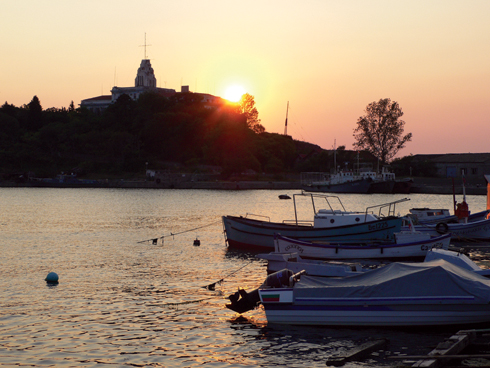 Not an island, really. St Kirik can be walked to through a pier, built in 1927, shortly after a state fishery school was founded on the island. A school for fishermen? At the beginning of the 1920s, many of Sozopol's seafaring population, overwhelmingly ethnic Greek, left Bulgaria. They were replaced by Bulgarian refugees from the interior, former farmers and shepherds who had no idea how to make a living from the sea. The school helped their children adapt.

Originally, however, it had another mission. It was a secret training ground for the officially non-existent Bulgarian Navy, which had been abolished after the Great War.

Gradually, the military took over the island. St Kirik was included in the Sozopol Architectural Reserve in 1965, but remained a restricted area well into the 21st Century. The Navy moved out in 2007, when the island was given to the Ministry of Regional Development. Since then, plans to turn it into a tourist attraction have been proposed and then abandoned.

Where: Opposite Arkutino, in the Ropotamo Reserve 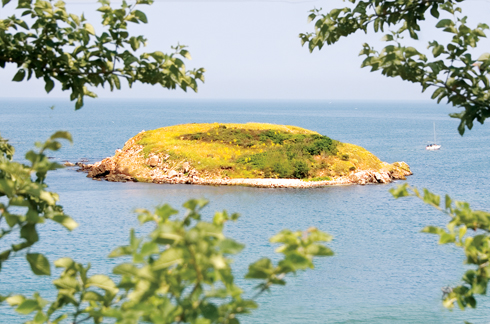 This islet bears the name of the chapel which once stood on it, but it is more popularly known as Snake Island. A flourishing colony of grey water snakes live there. They are completely harmless, but can give you a good scare, if you are swimming in the bay.

The other peculiarity of Snake Island are the only wild-growing cacti in Bulgaria, introduced here by King Boris III in 1933. The cacti are of the Opuntia variety, and flower in June. In August and September the yellow blossoms produce edible fruits which look like plums and taste of strawberries.

St Toma was included in the Ropotamo Nature Reserve in 1962.

Two Bulgarian movies, Rangel Valchanov's On the Small Island (1958) and Kamen Kalev's The Island (2011), were shot on location on this isle, whose barren landscape holds the remains of a 15th Century monastery.

The monastery was already abandoned at the beginning of the 20th Century. After a 1923 coup, the government put it to a different kind of use. The island was turned into a political prison for more than a hundred Communists and Agrarians. In 1925, 43 of them escaped, ending up in the Soviet Union where most fell victim to the 1930s Stalinist purges.

In 1945, in memory of the escapees – the Stalin part of the story was conveniently suppressed – the island was renamed Bolshevik and the prison break was made into a film, On the Small Island. The island itself became a minor tourist destination for day boat trips to the summertime pub.

Bolshevik reverted to St Anastasiya in 1990, and the Bulgarian Church's ownership of the monastery properties was restored. On the island today there is just a lighthouse, but Burgas City Council has plans to turn it into a tourist attraction again.

Where: In the Danube River, near the eponymous town 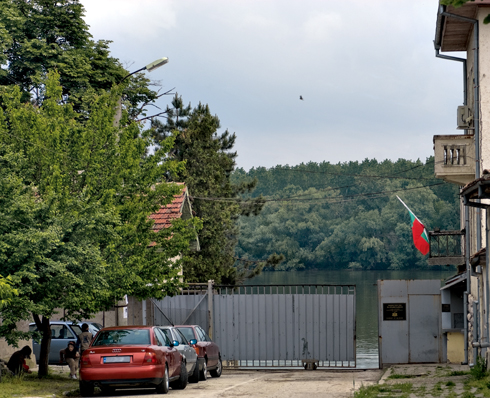 Bulgaria's largest island is the centre of a little archipelago, and its eastern part is included in the Persina Nature Reserve, home to about 170 rare species of water birds.

Belene Island is famous, or more correctly infamous, for another reason. In 1949 the Communists set up a labour camp there for opponents of the regime, a place where hundreds endured appalling treatment and many suffered violent death. The camp was officially closed in 1953, but would be periodically reopened for political prisoners, most recently in the late 1980s, during the forcible Bulgarisation campaign for ethnic Turks.

The western part of the island is still a prison, which is why Belene is off limits. Visitors are allowed once a year, as part of the commemoration events held for the victims of the camp.

In recent years, probably in an attempt to distance themselves from the ill-fated associations of the name Belene, local people increasingly call the island by its older name, Persin. This can lead to substantial confusion when asking for directions.