The recent craze to escape the crowds has led thousands of tourists and holiday home hunters to the traditional mountain settlements in Bulgaria. Be it the Rhodope, the Stara Planina or the Strandzha, everywhere you can find once deserted houses which have been more or less well renovated and turned into lodgings or private villas. The craze has saved almost dead villages, like Leshten and Kosovo in the Rhodope, but has also killed the erstwhile pastoral atmosphere of places like Arbanasi near Veliko Tarnovo or Delchevo near Gotse Delchev.

In this crowd, Bozhentsi stands out.

Nestled in the Stara Planina, less than 10 kilometres away from Gabrovo, it had become a hot spot for arcadian atmosphere and rustic architecture buffs much earlier. In the beginning of the 1960s Bozhentsi was almost deserted. A few old people used to live in the spacious but rundown houses built by wealthy merchants two centuries previously. The younger generation had left in search of jobs in Gabrovo and elsewhere. Back at that time, Bozhentsi was not even a village, it was officially labelled a hamlet.

In 1962, however, its old houses with whitewashed facades, stone walls, dark brown beams, and tiled roofs caught the attention of some conservationists. It was the time when old houses in richer and livelier villages and towns were being demolished in the process of establishing a "modern" Socialist lifestyle. Places like Bozhentsi had become a rarity. This saved the hamlet. Two houses were patiently and sensibly restored, others followed. In 1964 Bozhentsi received the status of historical and architecture reserve, and the tourists started to arrive, in organised groups or independently, after hearing the magical-place mantra drummed by propaganda (the latter has not changed much in the following decades).

At the end of the 1960s, the writers arrived as well, with the intention not to leave. It began when Orlin Vasilev, a Communist Bulgarian literature big wig and a former director of the National Library, bought a house in the village. He renovated it and turned it into an countryside escape where he would entertain friends and party apparatchiks. Soon, the writers' colony in Bozhentsi boomed. The change was so sudden and so unexpected that even the local press criticised the intellectuals for their "bourgeois" behaviour. 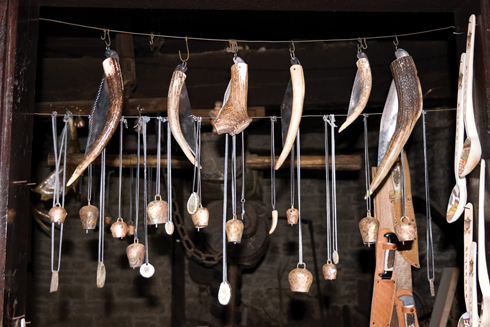 This, however, is long forgotten. In the following years, many houses in Bozhentsi, which was granted the official status of a village in the 1970s, have been bought, restored and turned into private villas or hotels.

Today, a different story is told about the place. It is the legend of how the hamlet was founded. When the Ottomans captured the Bulgarian capital Tarnovo in 1393, an aristocratic lady called Bozhana escaped the ensuing massacre with her sons and a group of servants. They ran until they reached an inaccessible part of the Stara Planina, a valley shielded by high peaks from both the cold winter winds of the north and the heat waves from the south. They settled there. The hamlet grew and took the name of Bozhana, its founder.

People who believe the legend holds a kernel of truth, have pointed out several "telling" facts that aristocratic blood might still run into the Bozhentsi people's veins. The local women costume, for example, includes the regal sokay, a tall headdress resembling a crown. And what about the fact that instead of make a living as shepherds like their neighbours, the Bozhentsi people were merchants? 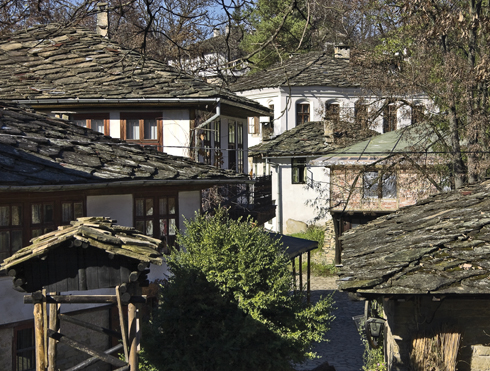 The sokay, however, is not a Bozhentsi exclusive, because it can be seen in other villages and towns in the area like for example Tryavna. As for the trade, its choice as a source of living was not that strange. A well-preserved Roman road leading from Bozhentsi to Gabrovo shows that in Antiquity a lot of people used to pass through the Stara Planina at this point.

The first documented evidence for the existence of the hamlet of Bozhentsi is an Ottoman tax register from 1611. In it, about 40 families of merchants, itinerant stone masons and moneylenders were included. Two centuries later the merchants were selling leather, wool, bee wax and honey to the Ottoman army. The hamlet grew bigger and wealthier, and soon around the cobble-stoned streets big two-storey mansions began to appear.

Getting rich, however, had a price. When merchants or builders were leaving the hamlet for several months of hard work somewhere in the empire, their wives used to see them off by the start of the road. They would stop there, climb on a special stone and weep until their husbands disappeared on the winding road.

Such lifestyle left deep traces of oral tradition of Bozhentsi. In local people's memory the Roman road was not Roman at all. It was built by an aggrieved mother whose son, a sailor, was robbed and killed by brigands on his return home. The authorities caught the criminals and returned the money, and the woman spent a considerable part of it building the road.

The people of Bozhentsi were down-to-earth, but sometimes miracles happened in their hamlet. One day, some of them were busy in a routine soil-turning on the hamlet outskirts. Suddenly, their spades unearthed an icon of St Iliya, or St Elijah, and a wooden cross. Later, when in 1839 the first church in Bozhentsi was built, the relics were placed in it.

Just like other Bulgarians of the era, the villagers were aware that good education was needed if you want to be a successful merchant. A primary school was set in the church, in 1872 it was moved into a new building where the revolutionary educational method of dividing pupils in classes was adopted. In 1878 the villagers get also chitalishte, or a community centre. Soon afterwards a theatre troupe was formed. 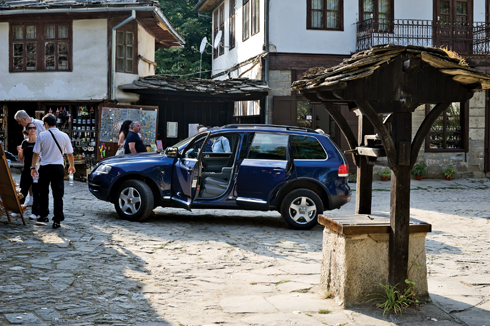 But by that time it was clear that there was no future for Bozhentsi in independent Bulgaria. The lucrative Ottoman market was lost, cheap industrial cloth from the West suffocated local production. People started leaving the hamlet. Then Communism with its forced urbanisation and industrialisation accelerated the process. The 1960s restorations partly reversed the process – at least in the weekends, when weary city folk come from far and away to enjoy peace, fresh air and local rakiya under the heavy stone roofs of the Bozhentsi houses.

But nothing can compare to the construction boom of the 2000s, when the little village of Bozhentsi was turned into a theme park settlement where there are no local people but for the dozens of service staff who operate the restaurants, taverns and hotels. What Communism with all its vices had failed to do, capitalism achieved within a decade. Bozhentsi is now a miniature version of any of the big Black Sea resorts, with their display of Balkan consumerism, a fair amount of mutri and plenty of chalga.