If the name Chiprovtsi sounds familiar to you, it is probably owing to the carpets being made there. Handwoven and adorned with intricate geometrical motifs in bright colours, they are one of the most popular remnants of the old handicrafts in Bulgaria, like the coloured ceramics from the region of Troyan. Many Bulgarians consider their design to be unique, although you can easily distinguish patterns already seen on carpets from Asia Minor and the Middle East.

In the past few years, Chiprovtsi, a small town of 2,300 people in the western part of the Stara Planina near the border with Serbia, has been trying to escape from the shadow of its famous carpets, by developing a future in alternative tourism. The town has several advantages: some well-preserved Revival Period houses, a picturesque mountain landscape and the nearby peak of Midzhur (2,168 m). There is a waterfall and a charming monastery with a young, energetic and welcoming abbot. The Rocks of Belogradchik and the Magura Cave are also comparatively close by.

Impressed? Monument to the Chiprovtsi Uprising dominates the centre of the town

The disadvantages are the bad roads and pot-holed streets and the ugly downtown area dating from the time of Communism, which is dominated by a monstrous piece of sculpture.

For much of its history Chiprovtsi was far from the image which it now wishes to project; that of an idyllic mountain town in which nothing much happens. The settlement which today tries to attract tourists seeking to escape their hectic city life for a day or a week used to be a busy mining and crafts centre. A cosmopolitan mixture of Saxon miners, Bulgarian craftsmen and merchants from Dubrovnik, its inhabitants travelled all over Europe to study, make careers in the Roman Catholic Church and visit the courts of European monarchs as self-proclaimed diplomats.

Chiprovtsi owes its unusual history to the favourable combination of natural resources, geographical location and a people who were intelligent and bold enough to make use of these advantages.

It all began with the ore deposits. The Thracians were the first to start mining lead, copper, gold, silver and iron. The Romans, who arrived to this part of the Balkans in the 1st Century BC, continued to develop the mines. According to a dubious theory, the name Chiprovtsi appeared at that time as a version of the Latin word for copper – cuprum. 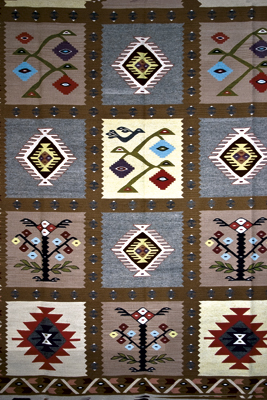 The mines continued into the Middle Ages, when the Bulgarian rulers, interested in boosting their income, imported increasingly skilled workers from Western Europe. In the 13th and 14th Centuries about 50 Saxon miners and their families settled in Chiprovtsi. Several merchants from Dubrovnik added to the cosmopolitan atmosphere.

When the Ottomans conquered the Bulgarian lands at the end of the 14th Century, they recognised the importance of industry in Chiprovtsi and awarded the town some privilеges. Chiprovtsi and the nearby mines became the personal property of the Sultan's mother. The local population was exempt from a number of taxes and was given the right to set up autonomous municipalities. The local noble family, the Soymirovichite, fared much better than other members of the Bulgarian aristocracy, many of whom were killed in battles and uprisings in the first decades of Ottoman rule or assimilated by mixed marriages with Ottomans. The Soymirovichite, however, survived and after some time moved out of Chiprovtsi and settled in Dubrovnik. 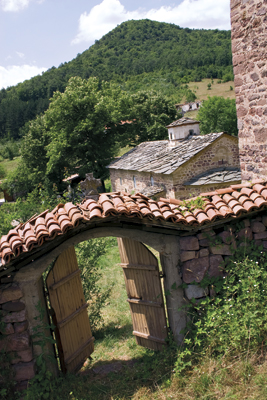 During the first three centuries of Ottoman rule Chiprovtsi experienced its greatest prosperity, but in the 16th Century the mining industry gradually started to decline and some of the town's inhabitants became merchants – the only other possible occupation in that mountainous region.

Location now started to matter. Chiprovtsi was indeed within the boundaries of the Ottoman Empire but it was also close to Central Europe and the Adriatic region, and its citizens, who travelled a lot, had one more useful characteristic. Most of them were Roman Catholics and spoke Latin – the common language of commerce, science, culture and diplomacy in Europe at that time. Their religion gave them access to education and the chance of a career abroad, something other Bulgarians couldn't even dream of. 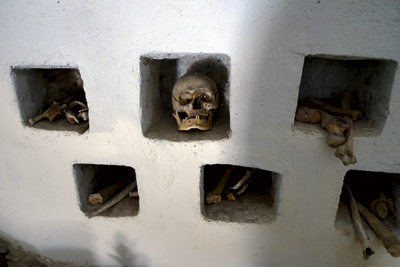 From the 15th to the 18th Centuries the only chance for Eastern Orthodox Bulgarian children to receive some education – without becoming monks – was the limited resource of some church school. The children of Chiprovtsi could study at the best Catholic schools in Italy, and they did. Peter Bogdan Bakshov (1601-1671) studied in Ancona and graduated from the Clementine College. He became archbishop of Sofia, though he was based in Chiprovtsi, and wrote the first modern Bulgarian history.

Peter Bogdan was not an exception. In Rome in 1651 Philip Stanislavov from Chiprovtsi published the first printed book in Bulgarian. The Roman Catholic bishop Peter Parchevich became a Doctor of Theology and Law in Italy, and the ruler of the Holy Roman Empire awarded him the title "Baron". 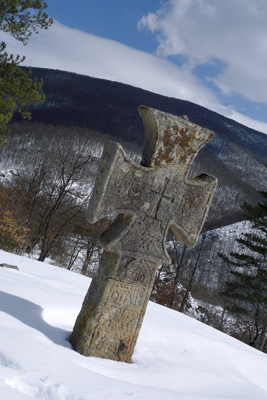 Bulgarian Roman Catholics were not focused solely on their career and business. Centuries before the Bulgarians in the other parts of the Ottoman Empire started thinking about their independence, the people of Chiprovtsi made bold plans. From the 1630s to the 1670s Peter Parchevich and Peter Bogdan travelled around Austria, Poland and Bessarabia, promising European monarchs that if they declared war on the Ottomans, Chiprovtsi would rebel against the Empire.

Their mission failed. Parchevich and Bogdan died and the only consequence of their efforts was the war between the Polish-Lithuanian Commonwealth and the Ottomans in 1672- 1676, after which the Sultan conquered Ukraine. 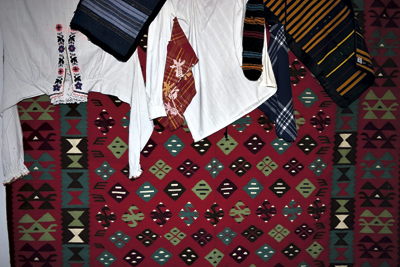 Several years later it seemed that the luck might change. In 1683 the Turkish army was defeated at Vienna. Austria, Poland and Russia started preparing for an offensive and this time they asked the Bulgarians of Chiprovtsi for help. In 1688 the Austrian army defeated the Ottomans at Belgrade. The Bulgarians in Chiprovtsi staged an uprising, but the Austrians failed to come to their aid and the rebellion was crushed.

Chiprovtsi never recovered from the debacle of 1688.

Those who survived left their native town, the mines stopped functioning and the whole region lost its former privileges. The town – or what was left of it – became a pale shadow of what it used to be.

There haven't been any Roman Catholics in Chiprovtsi since then. The old Catholic church, where Peter Bogdan was buried, is in ruins. Some skulls and bones of the insurgents are kept in the charnel tower of Chiprovtsi Monastery. The only other memento of the people who dared to challenge the Sultan is the tasteless sculptural composition, dedicated to the rebels, in the centre of the town.

Life in Chiprovtsi only started to return to normal in the 1750s, when the manufacture of the famous carpets began and the economic situation of the town improved.

WHAT DOES YOUR CARPET SAY?

The designs of Chiprovtsi carpets have names and symbolise certain things – although it is sometimes unclear how they should be read. One of the most popular ornaments, which resembles a human being to some extent, is the so-called karakachka. The word literally means "a black-eyed woman" but according to some interpretations the design symbolises the ancient Indo-European concept of the Mother Goddess. Of course, there are other theories which say that the karakachka is a dragon or a mythical bird.

The tree of life is another popular motif. It symbolises the idea that the world is divided in three – sky, earth and the nether-world.

The makaz motif, which consists of two triangles with touching angles, represents the feminine and the masculine elements.

The oktsata is interpreted as the "Eyes of God", but it is still a mystery how the diamond-shaped patterns called garibalda and Gypsy woman got their names.