Trapped in a house in the village of Sarmashik, which was still part of the Ottoman Empire back in April 1903, a small group of Bulgarians were wondering what fate would bring in the next few hours. Rebel leader Pano Angelov and his men had been preparing a revolt against the Ottomans when they were betrayed. Thus they found themselves holed up in the house in Sarmashik – now famous as Balyuvata kashta, or Balyu's House – surrounded by Turkish soldiers.

The unfortunate insurgents soon learned the end of the story – part of it, at least. The leader and one of his men, Nikola Rashavola, were killed. The events became known as the Sarmashik Affair and they caused the organisers to speed up their plans for the uprising, which took place later that year on the Day of the Transfiguration. Hence its name – Preobrazhensko vastanie, or Transfiguration Uprising. It was eventually crushed in the bloody manner typical of events in the Balkans of that time. 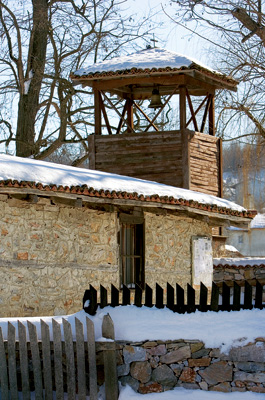 What the people hiding in Balyu's House on 2 April 1903 could not imagine was that their ordeal would be immortalised in a song. It was written shortly after the events by one of their brothers-in-arms, Lozengrad's revolutionary leader Yani Popov. In fact, he only wrote the lyrics, adapting them to the tune of a popular song.

"Yasen mesets vech izgryava," or "A Clear Moon's Now Rising," has become Strandzha's "anthem." It is sung at the annual celebration in the Petrova Niva area, where the decision to start the uprising was made in 1903. Although most Bulgarians have heard the song, only a few know the whereabouts of Sarmashik, described as a "place of glory where valiant men fought" and the "new banner of Thrace's freedom". 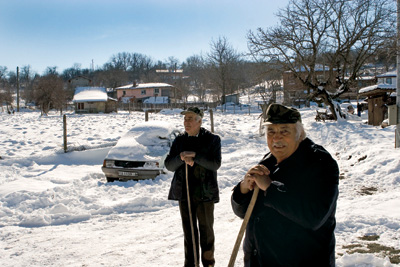 The reason is that Sarmashik was renamed Brashlyan long ago and although it is only some 10 km, or six miles, from Malko Tarnovo, it is situated in one of the most secluded parts of Strandzha.

Isolated locations have rarely been considered an advantage by settlers. But Brashlyan is an exception. It was established in the 17th Century by the inhabitants of the hamlets of Yurtet, Selishte and Zhivak, who were tired of being plundered by local bandits. Because the forests around it were covered with ivy, or sarmaŞık in Turkish, they named their new village after it.

The Ottoman administration immediately noticed the new settlement and included it in its tax registers. The bandits stopped their raids, however, and the people managed to acquire enough wealth to fill their village with two-storey timbered houses and build the St Dimitar Church in its centre. 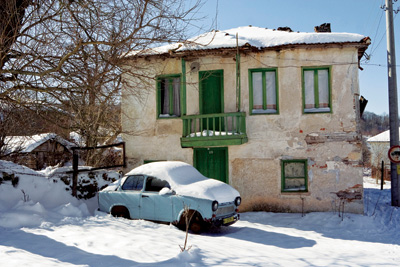 Most of the buildings are still standing, so Brashlyan was declared an architectural reserve in 1982, but by the 1980s the peace and quiet of its streets had already become rather depressing. Young people left the once bustling settlement, which together with the rest of the Strandzha was part of the heavily guarded zone along the border with NATO member Turkey. They went to look for jobs and a better future in larger towns, leaving only the elderly in the village.

Over the last few years, however, Brashlyan has livened up a little. In the summer, it is often visited by groups of tourists on day trips from the crowded seaside resorts. Several guest houses and a mini complex for tourists have sprung up. The elderly villagers now give demonstrations of traditional Bulgarian activities, ranging from yoghurt making to donkey riding. If you dare try the latter, you may get a unique "donkey driver's license". 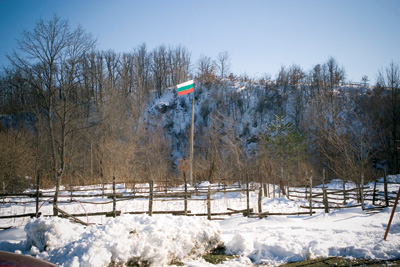 Along with the tourists came the stories meant to impress them. According to the most popular tale at present, the following was written in "an old book": "Mount Olympus was the sanctuary of the Greek gods, Athens was their capital, but the residences where they could rest undisturbed were located around Sarmashik."

When the winter cold sets in and the snowdrifts block Brashlyan's only link with the outer world, this may not seem so implausible, especially if you have already noticed that the altar stone in St Dimitar's stands on an ancient sacrificial altar to Zeus-Dionysus. You will find more traces from the ancient past around the village: there is a necropolis nearby, as well as several dolmens and the ruins of a shrine.

Because of the snow, however, it's definitely recommended to bask in the warmth of a fireplace in a village house and to sing "A Clear Moon's Now Rising" at the top of your voice.

Whose song is this?

The tune of the heroic "A Clear Moon's Now Rising" is familiar to all Balkan nations. However, the Bulgarian film-maker Adela Peeva's documentary Whose Song Is This? revealed that they sing it with surprisingly different lyrics. In Turkey the song tells the story of a handsome clerk whom all ladies adore, while the Greek version describes a merchant who lost all his money. The Bosnian, Macedonian and Albanian lyrics are more similar: in all three countries the song praises a femme fatale who drives all the men crazy.

A clear moon's now rising
O'er Strandzha's forests green;
Across the mountain the enslaved
A new song of valour sing.
Across creeks, rivers, hills
Something's creeping hitherward:
Is it a wood-nymph evil
Or a daredevil brave?
It's not a wood-nymph evil,
But a band of valiant men,
A terror to the Turks.
They're hurrying to arrive
Before first crow in Sarmashik,
So that nobody would see them
And wickedly betray them.
Humble slaves they are no more,
They are proud, valiant men…
A shot is heard and then another,
Precious blood in torrents flows,
Pano and Ravashola are falling
Dead for their struggle new.
Oh Sarmashik, a place of glory
Where valiant men fought,
Oh Sarmashik, a banner new
Of Thrace's freedom.