ROUND BLACK SEA IN 3 VAGABONDS: CITIES

Several major cities border the Black Sea. They are home to millions of people, with their own personality and atmosphere, monuments of interest and distinctive cuisine.

Istanbul is the undisputed star of the region, the only urban centre in human history to be called simply The City. It was founded in the 7th century BC by Greek colonists on the Bosporus, where the Black Sea flows into the Mediterranean, but it was some centuries later that it became the centre of the world. In 324 AD, Emperor Constantine established the capital of the Roman Empire there, changing the centre of historical gravity forever. Constantinople became a pillar of Christianity and a beacon of commerce, splendour and culture, the largest and wealthiest city in Medieval Europe.

When the Ottomans conquered it, in 1453, a new era began. The city became the heart of a large Muslim Empire and grew larger and ever more cosmopolitain. It remained so even after the Ottoman Empire collapsed and a new capital was chosen for the Republic of Turkey, in 1923: Ankara, deep in Asia Minor.

Today, Istanbul is a metropolis which cherishes its Roman, Byzantine and Ottoman heritage, while taking on ambitious infrastructure projects, including three bridges over and a tunnel under the Bosporus. 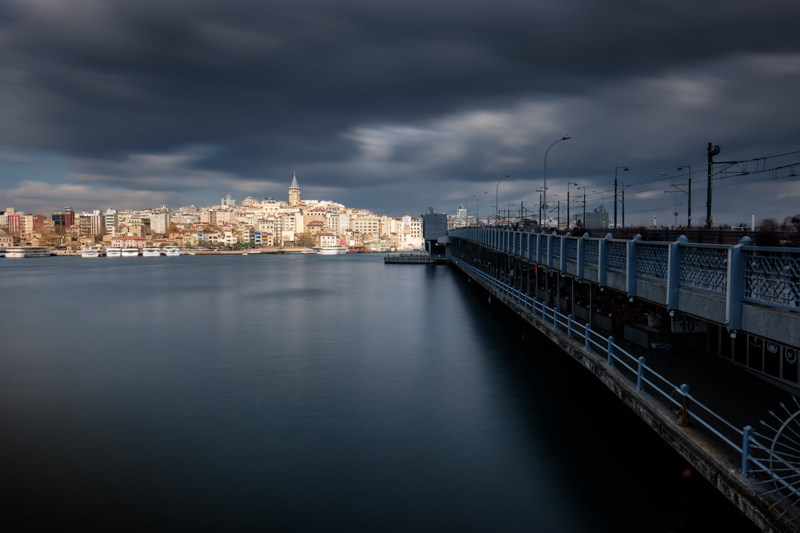 The rest of the cities around the Black Sea cannot compete with Istanbul in terms of size, economic and historical importance, but they add more colours to the mix. Some are rich and prosperous, others are long past their prime and many have witnessed traumatic events.

Trabzon, in Turkey, is a good example. Established in antiquity by Greek settlers, in the Middle Ages it was the capital of the Trebizond Kingdom. A number of Byzantine churches from these times remain among the new developments of modern Trabzon. The city is a thriving port, famed for two delicacies: the round, thick-crusted bread and its Hamsi, a type of anchovy.

In Georgia, Batumi is a booming resort city that makes the most of its subtropical climate and fine beaches. Elegant neoclassical buildings survive from the time when Batumi was in the Russian Empire, and crumbling apartment projects from the time of the USSR define its streets. Bold new construction, mostly funded with Turkish investment, announces that a new era is underway in this town with a millennia-long history. 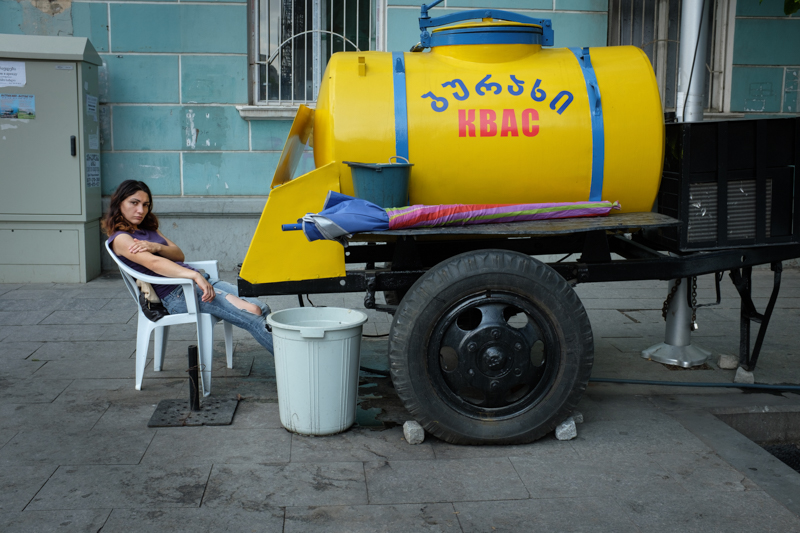 Vendor of Kvass, a traditional fermented drink popular in the former Soviet Union

Sukhumi is about 100 km north of Batumi as the crow flies, but it looks as if it were from another universe. Since Abkhazia separated from Georgia in a bloody conflict in the 1990s, Sukhumi has been the capital of the unrecognised Republic of Abkhazia. Decrepit Soviet-era "recreation houses" built for workers from the USSR are still in use, packed in summer with Russians enjoying the sun, the sea and the eucalyptus-scented air. Rusting piers stand in the shallow waters of the beaches. The currency is the rouble and Russian soldiers man the border crossing from Georgia (which does not recognise there is a border at all). The local Shashlik, or meat skewers, is divine.

One of Sukhumi's abandoned piers

Since Russia's annexation of the Crimea, in 2014, the peninsula has become the latest bone of contention in this region, though its cities are still worth exploring. Guarding the Azov Strait, Kerch has the provincial charm born of its elegant early 20th century architecture. On a hill overlooking the city, the massive Glory Obelisk commemorates the battle fought here during the Second World War.

Larger and even more strategically important, Sevastopol was a major battleground not only during the Second World War, but also the Crimean War. Two major monuments are dedicated to the latter. The single column in the sea, which is the symbol of the city, is a memorial to the ships and sailors lost in the conflict. The Panorama Museum is a much visited diorama of the Battle of Sevastopol. 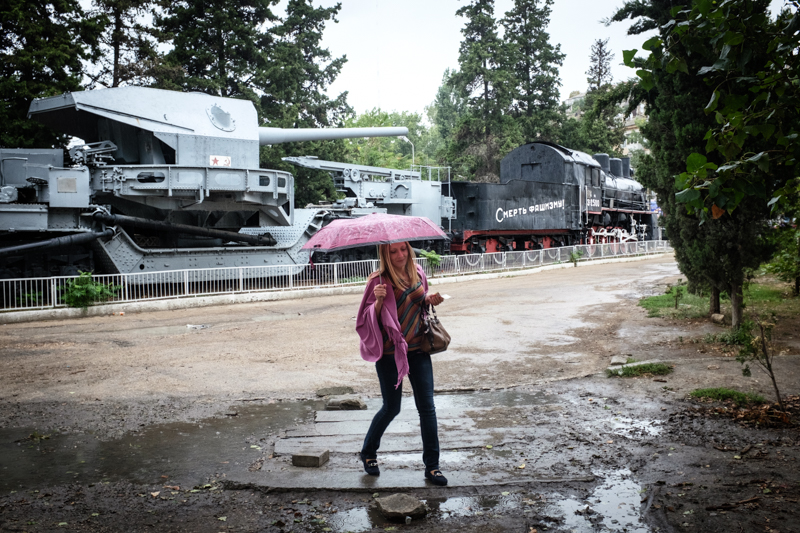 Sevastopol is the largest city in the Crimea

Fewer foreigners are aware of Yevpatoria's existence, but this sleepy resort town has a curious sight: the synagogue of the Karaites, the descendants of Khazars who adopted Judaism without being Jewish, in the 9th century.

Odessa, in Ukraine, is one of Black Sea's gems. Established at the end of the 18th century by Russian Empress Catherine the Great, it has a cityscape of neo-Baroque and neo-Classical buildings in different stages of disrepair. Odessa also has some busy beaches, occupies a major place in Russian and Ukrainian literature and is home to the most famous stairs in movie history, the Potemkin Stairs. What makes the city really great are its people, the Odessites, with their acerbic sense of humour, wit, practicality and optimism.

Romania's largest city on the Black Sea, Constanţa, is a major trading port benefiting from a canal between the sea and the Danube. A modern city with only faint traces of its ancient past (Ovid was exiled here, and he hated it), Constanţa's most remarkable site is a... modern ruin. This is the abandoned early 20th century casino, an art deco fantasy turned sour. 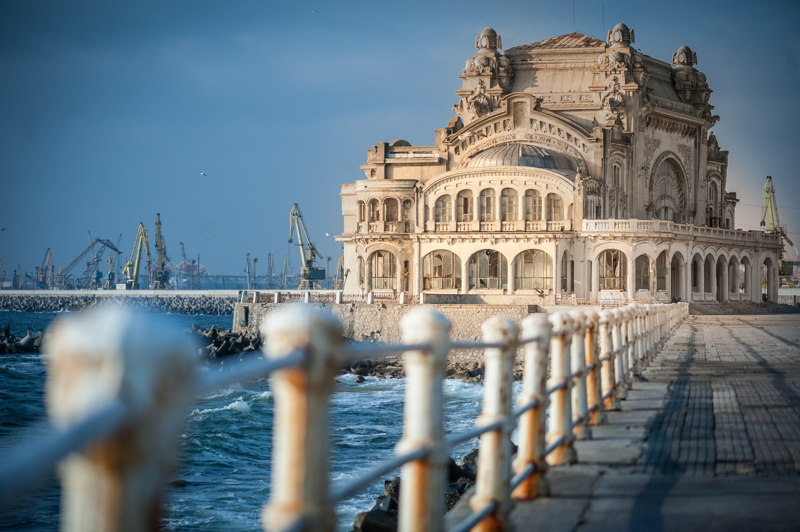 The abandoned casino in Constanţa

Bulgaria has cities with ancient Greek origins all along its Black Sea coastline, but Burgas stands out. It was founded late, in the 19th century, but it quickly gained importance as hundreds of people from all over the region and beyond settled there and started businesses. In a handful of decades, they created a distinctive cosmopolitain community that lived in elegant houses by a beautiful maritime garden. Most of this is no more, but there are still pockets in Burgas that reminds of the time when Bulgarian, Greek, Armenian, Turkish, Ladino Jewish, Russian, French, German, Czech and many others languages were spoken by the locals, and not only during the summer season when the modern town becomes an international tourism hub. 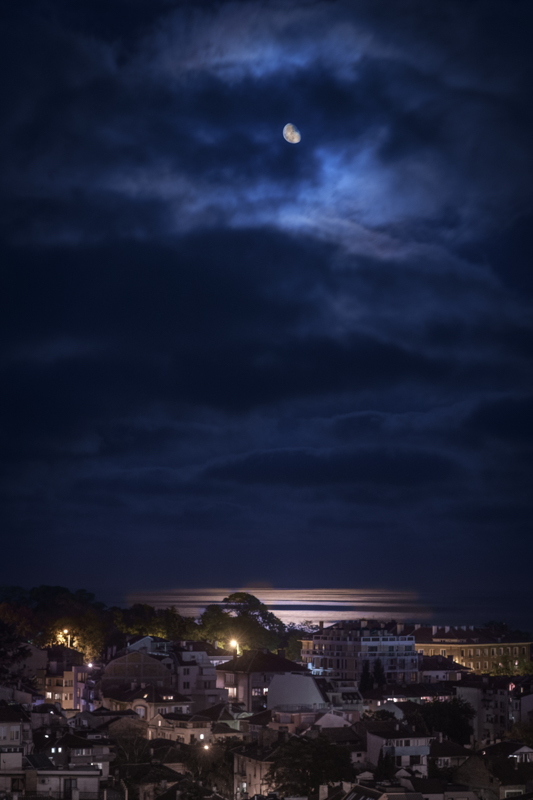 In spite of overdevelopment, Burgas preserves traces of its erstwhile cosmopolitain atmosphere 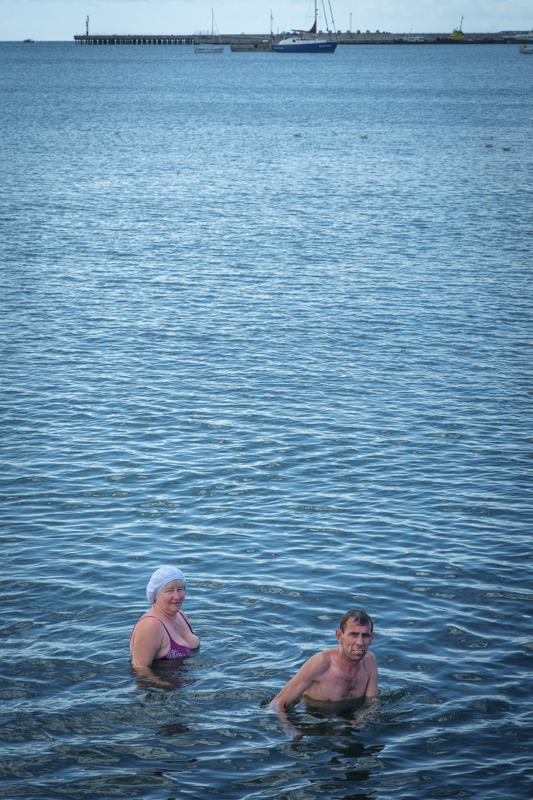 Yevpatoria is a popular seaside resort

Selling meat and bread under Lenin's gaze in the Crimea 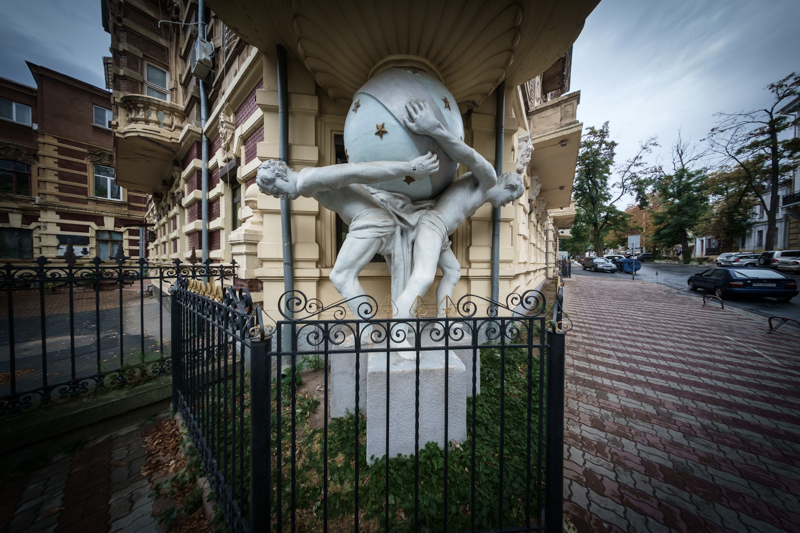