OUR MEN IN VIENNA

In 1941, Bulgaria joined the Axis at the Belvedere Palace

More than 10,000 Bulgarians live in Vienna today, a community with its own life, cultural centres and even a newspaper. Most arrived after 1989, although the Bulgarian presence in the Austrian capital is much older. It stretches back to Ottoman times, when Bulgarians lived, studied and traded in the capital of the then Habsburg Empire. This trend intensified after the Bulgarian state was restored, in 1878. Vienna was then the cosmopolitan heart of Central Europe: a place of wealth, culture, political thought, science and innovations that poured into Bulgarian lands via the Danube.

Vienna holds a special place in the Bulgarian history and literature of the time. The locations where these real and fictional events unfolded are still mostly preserved, and can be visited. Even if you are not particularly fond of late-19th and early 20th century Bulgarian history and literature, visiting them is still worth it for the extra meaning you will acquire for some of Vienna's most popular sites.

Vienna features prominently in a piece of classical Bulgarian literature, the short story collection Bay Ganyo by Aleko Konstantinov in 1895. Konstantinov, an outstanding satirist that can be compared to both Mark Twain and Jaroslav Hašek, tells the story of Bay Ganyo, a Bulgarian trader of rose attar. A cunning, smart and entrepreneurial but an uncouth and nativist peasant, Bay Ganyo, the stock Bulgarian, experiences a number of amusing and humiliating adventures in the grand cities of Central Europe.

Vienna is his first major stop. Upon arrival, Bay Ganyo and his more experienced acquaintance (who is also the narrator), check in at the "traditional" London Hotel. This is an actual place, located on 28 Fleischmarkt St, formerly an 18th century pub once frequented by merchants and the Viennese cultural elite. Today, the property is divided between residential apartments and a hotel, The Post. 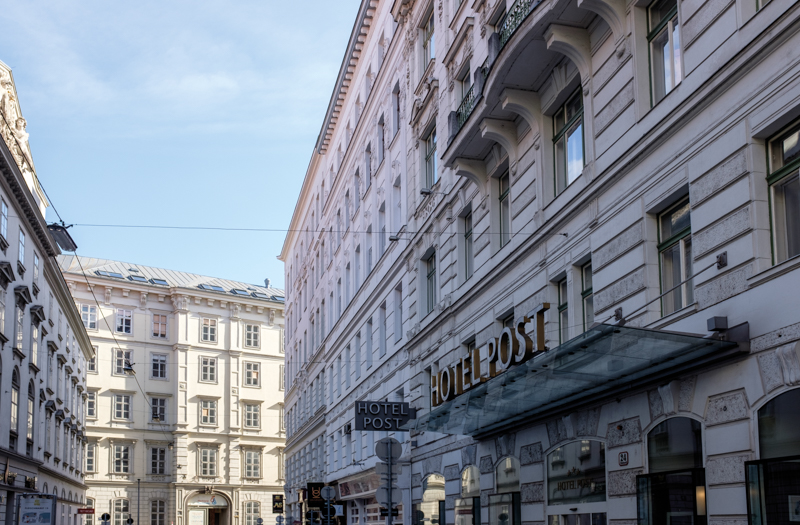 Nearby is the so-called Greek cafe, mentioned in passing in Bay Ganyo. Konstantinov does not mention the Holy Trinity Greek Eastern Orthodox church at 13 Fleischmarkt St, but it was probably frequented by the Orthodox Bulgarians in Vienna. Later, the Bulgarian community moved to the Russian church, and today has a purpose-built chapel of their own.

With its old-fashioned wood-panelled crystal-chandeliered rooms and dozens of different types of coffee, café culture is one of Vienna's greatest experiences. Sadly, The Mendel, which according to Bay Ganyo was frequented by Bulgarians, closed in the early 2000s. The famed Aida, however, could easily be the patisserie where Bay Ganyo teases a waitress in an episode that in today's standards will immediately be billed sexual harassment, embarrassing both himself and his more cultured Bulgarian companion. In real life, Aida was a favourite haunt of the Bulgarian writer, Mihalaki Georgiev, and the poet, Teodor Trayanov.

The beautiful and famous Vienna State Opera is the scene of another embarrassment. Bay Ganyo goes to a ballet performance inappropriately dressed in his peasant clothes, and mid-show he starts taking them off as he feels too hot. The performance is ruined, the spectators laugh, the narrator is embarrassed and the protagonist is furious: "Meanwhile, Bay Ganyo was pulling my sleeve energetically: 'Come one, let's get out of here, the hell with these kikes, someday I will show them, I will'." 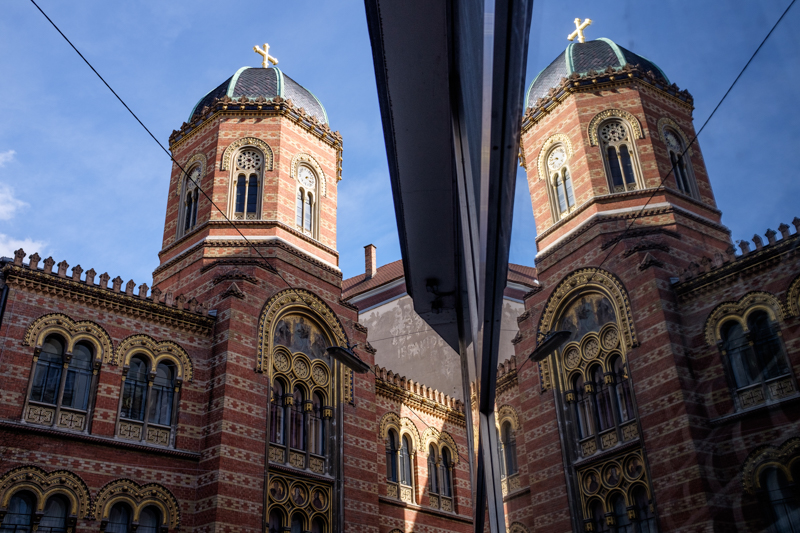 In reality, Bulgarians have a much better record with the Vienna State Opera. Some of this nation's finest opera singers, such as Anna Tomova-Sintova, have performed there, and there are Bulgarian musicians in its philharmonic orchestra, including the first female concertmaster in its history, Albena Danailova.

The most famous scene in the whole of Bay Ganyo, one that is engraved in the national consciousness and simultaneously embarrasses Bulgarians and makes them laugh, takes place in a Vienna public bath house. There, Bay Ganyo jumps into the quiet pool, to the astonishment of all present, and, after misreading the attention he has attracted as admiration, he beats his hairy chest with his fists and triumphantly cries, "Bulgar! Bulga-ar!" Bulgarians still say "Bulgar! Bulga-ar!" when some compatriot behaves in such a fashion.

Konstantinov identified the place where this happens only as "a summer bath with a wide pool." He was, however, referring to a real place, the Sofiensaal on Marxergasse. Built in 1826, it was a swimming pool and baths in summer and a concert hall and ballroom in wintertime. In the 20th century, due to its excellent acoustics, it became a recording studio. A vicious fire in 2001 ravaged it, leaving only the façade intact. Sofiensaal reopened in 2013 as a combination of flats, a hotel, a gym and offices. 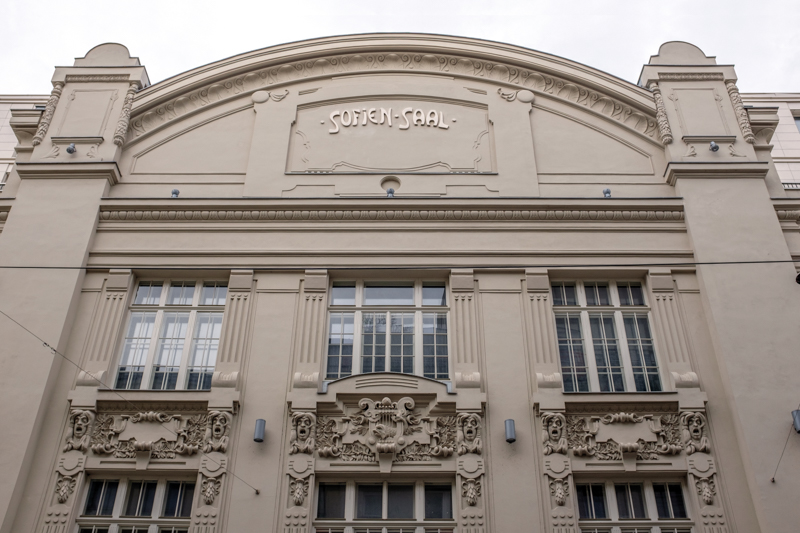 Konstantinov chose wisely Sofiensaal for the place where Bay Ganyo cried his "Bulgar! Bulga-ar!". In the 20th century the building became a recording studio because of its excellent acoustic

Bay Ganyo skips the Schönbrunn Palace, but his Bulgarian acquaintance, the narrator, goes there. A visit to the imperial summer palace is recommended, if not for the majestic Baroque building itself, then for its marvellous gardens and beautiful zoo, the oldest in the world and also mentioned, together with its monkeys, in Bay Ganyo.

Fiction aside, Vienna was the backdrop for two of the most crucial decisions made in modern Bulgarian history; the places where these unfolded are both well known and much visited.

In 1886, Bulgaria's fate was at stake. Russia had forced its first monarch, Prince Alexander Battenberg, to abdicate and was now planning to put a loyal puppet in his place. The Bulgarian regent Stefan Stambolov, however, had other ideas. He went to Vienna and started searching for a new Bulgarian king. He found one. The following year, young Ferdinand Saxe-Coburg-Gotha ascended to the throne, founding Bulgaria's last royal dynasty, which ruled the country through an initial period of prosperity, three wars and two national catastrophes. The fateful meeting took place at Vienna's Café Landtmann. Founded in 1873 on Ringstrasse at the corner of Lowelstrasse 22, it is still open and still busy, as it is close to the Burgtheater.

Another address connected with King Ferdinand I is his birthplace, the neoclassical Palais Coburg, close to the Stadtpark, on 4 Coburgbastei. The palace was built in 1839, and is now a hotel so luxurious that its website offers a version in Russian. 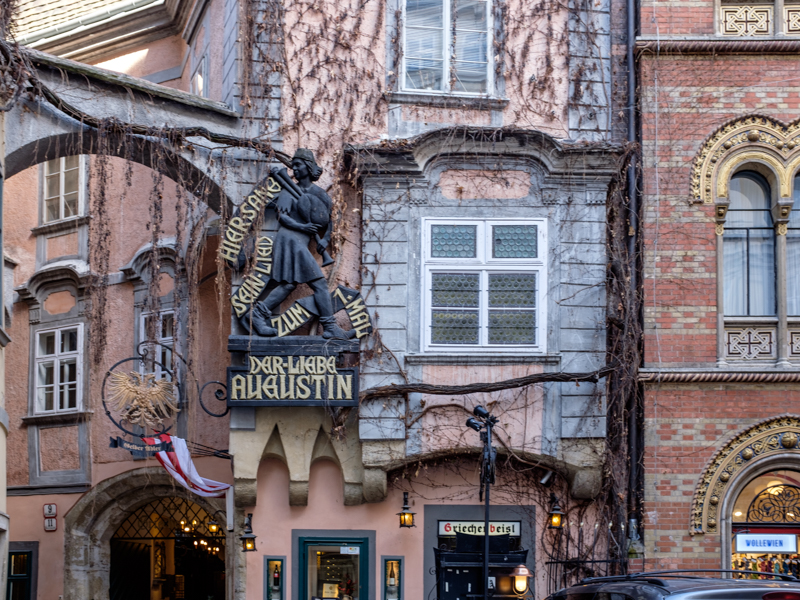 Another palace is where the second Vienna-related fateful event took place. On 1 March 1941, at the Belvedere Palace, the elegant Baroque residence built by Prince Eugene of Savoy in the 18th century, the Bulgarian Prime Minister Bogdan Filov signed a treaty that allied this country with Nazi Germany. This decision placed Bulgaria firmly on the wrong side of history, although it was for reasons that seemed justified at the time: the return of the territories the country had lost after the First World War.

Not only well-to-do Bulgarians, merchants and those of the intellectual elite lived in Vienna. Communist leader Georgi Dimitrov sought refuge there for several years after the bloody failure of the September Uprising of 1923, a mutiny that, according to its instigator, the USSR, should have resulted in the first proletarian revolution outside Russia. Later, Georgi Dimitrov became Bulgaria's first Stalinist dictator. The locations where he lived, however, have not been preserved. 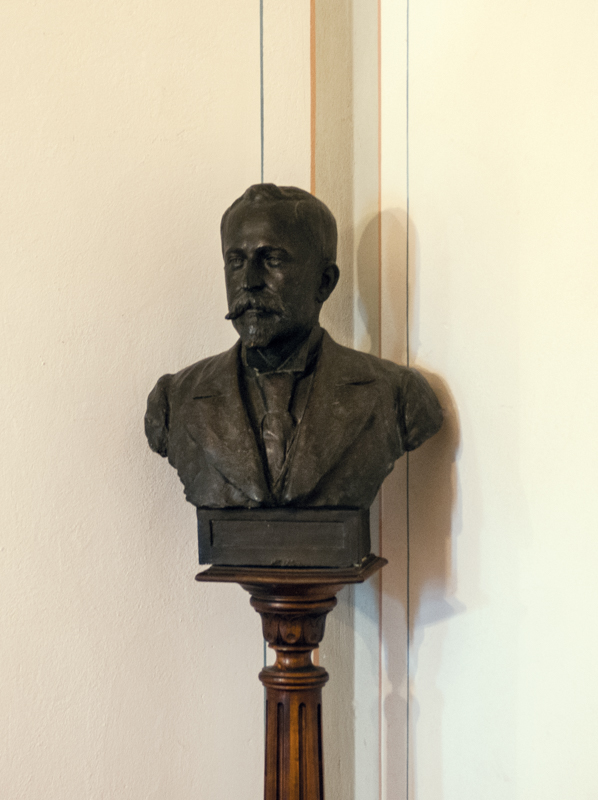 Bust of Aleko Konstantinov at his museum in Svishtov 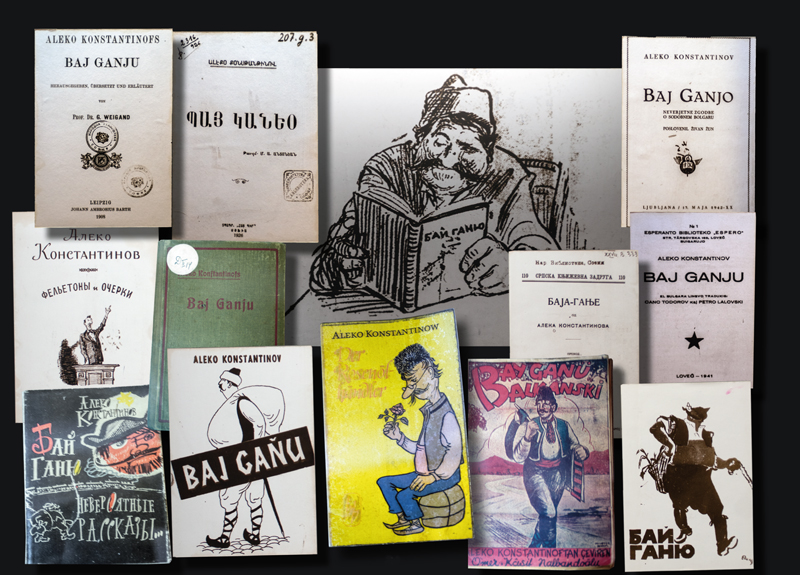 Konstantinov died in 1897 when he was shot as he sat next to the target of an assassination attempt, a politician. His bullet-ridden heart was embalmed and is now on display at his museum