text and photography by Anthony Georgieff
Rate this item
(1 Vote)

It is impossible for anyone to get to know Los Angeles within a week, a month or, some say, a lifetime. The huge urban sprawl on the West Coast of the United States is home to over 18 million people who make up one of the most diverse metropolises on the planet. With a limited time, however, and a sensible budget, which must include a rented car because the City of Angels has a very modest mass transit system, you can explore some of the highlights – and actually enjoy them even if you get stuck in the rush hour traffic.

1. Griffith Observatory. It is a good place to begin as it offers two things in a package: the best views of Downtown LA at your feet with Santa Monica and the Pacific Ocean to the West; and the closest you can get to the famous Hollywood sign without jeopardising your life or challenging the LA Police Department. Don't even think of trying to get to the letters as they are cordoned off since hotheads through the years have repeatedly tried to steal or deface them. Suffice with the observatory's terraces and go for a space show inside. The nearer you drive up to the observatory, the harder it gets to find a park space. Admission and parking is free. You can spend the whole evening gazing at the street grid below or counting the planes taking off and landing at LAX. 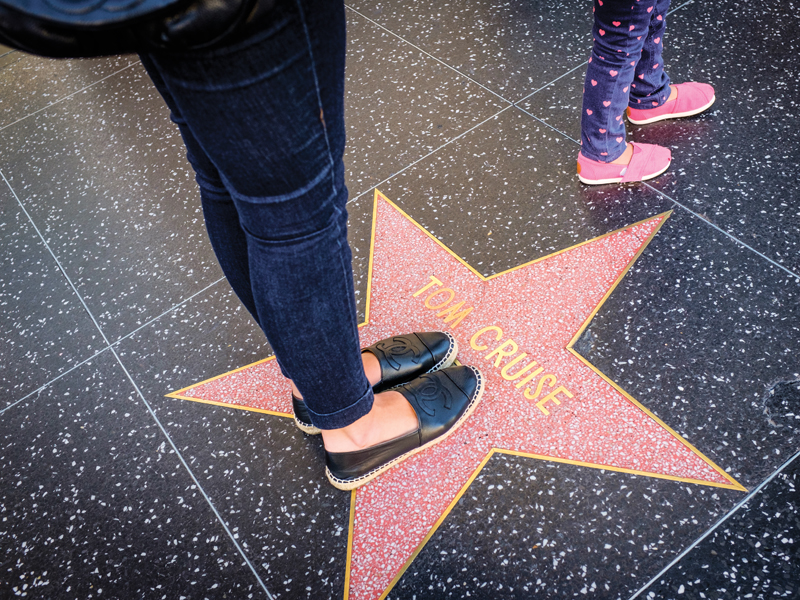 OK, if you can elbow through the Japanese selfiesticking their way through one of LA's thoroughfares you can actually step on Tom Cruise, Frank Sinatra, Sharon Stone and – I had to say it – Donald Trump. There you can grasp the true meaning of the old saying: In LA you can step on the sand and gaze at the stars, or vice versa.

3. While stepping on your favourite star and taking a selfie, look around. 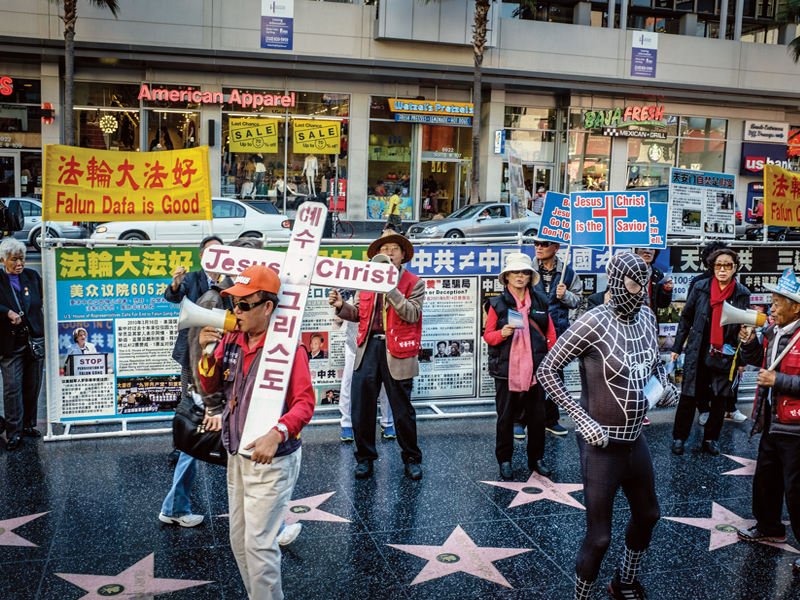 Especially at Hollywood & Highland, where some of the most famous movie theatres are, there is a new – and huge – shopping centre. You may or you may not want to do your shopping here, but the area is one of the best in town for people watching. Talk to some of the actors dressed up as your favourite Hollywood characters or join the Korean Christian preachers for a song and a dance. Remember you'll need to say "Jesus Saves" many times in fast sequence.

Americans go there three times in their lives: once as kids, then as adults with their kids, and then once more as grandparents with their grandchildren. Located in Anaheim, one of the constituent cities of metropolitan LA, Disneyland offers the quintessential American experience. Use the switchbacks with care and don't overeat on chicken legs. 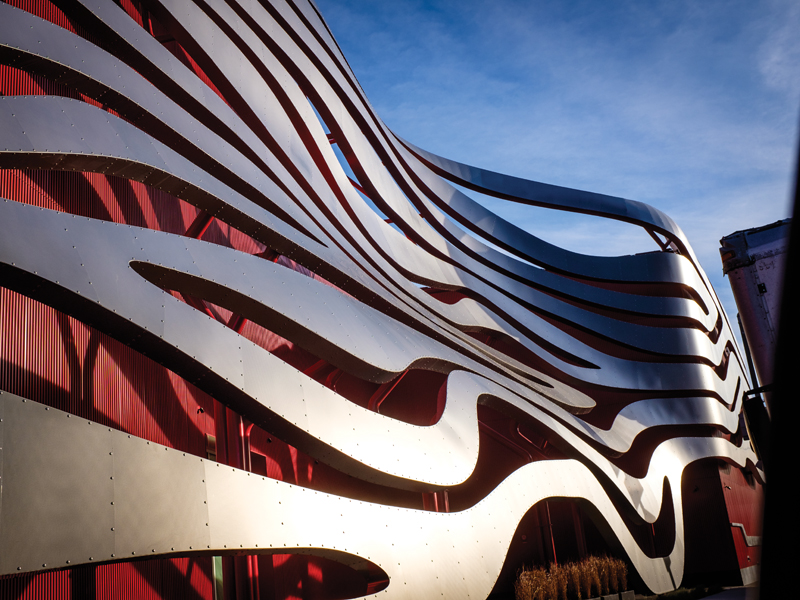 In the city of cars you would expect to get a first-class museum of cars – and there you have it, on the corner of Wilshire and Fairfax stands the space-era building housing perhaps the best car collection in the world. Some of the highlights: the original Ford Model T, the Batmobile, the Pontiac Aztec from Breaking Bad and... the Chaika that Nikita Krushchev gave as a gift to Yuriy Gagarin.

6. For a different kind of people watching, drive west to Venice Beach, which is in Santa Monica. 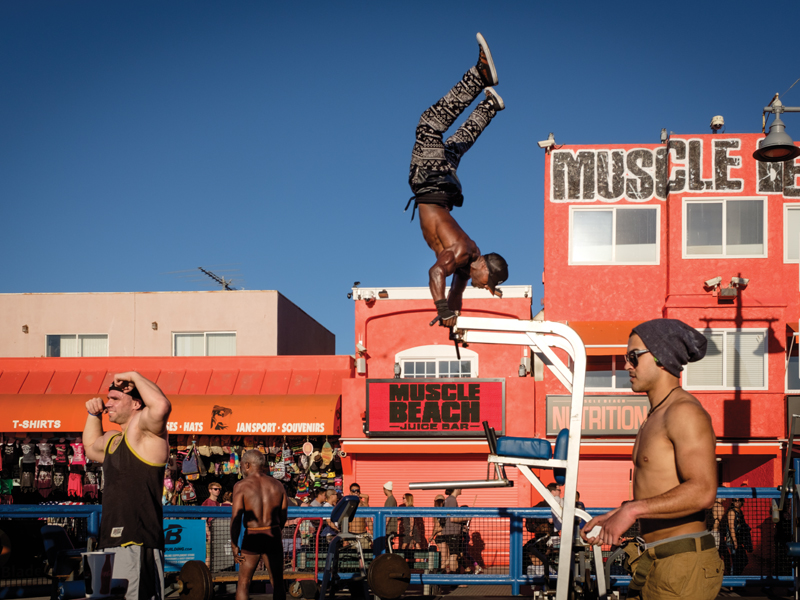 Locals complain that in recent years it has become too touristy, but you are a tourist, aren'tcha. The boardwalk and surrounding areas are a sheer human zoo. Meet snake charmers dressed in golden swimming trunks, down-and-out and not-so-down-and-out street buskers who would perform anything for a smoke. The best of eccentric America you can get. Don't forget to look around for the famous Jim Morrison graffito, painted on the side of the house he used to live in when he started The Doors. If you have the guts for political incorrectness, go to the notorious Venice Beach Freak Show. 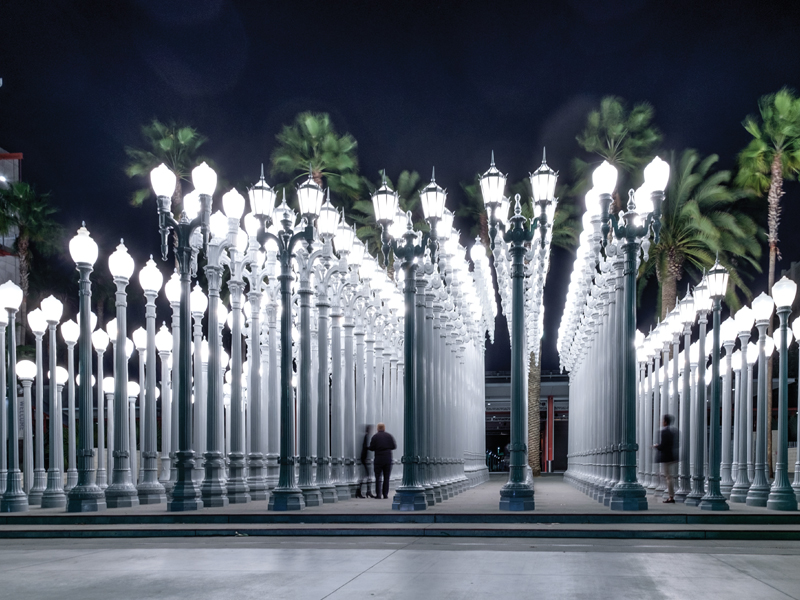 Just steps from the Petersen Museum, this is a major collection of modern art that can easily eat up at least half of your day. From Picasso to Catherine Opie and from Guillermo del Toro to modern Islamic Art, the LACMA is a place to behold, right on Wilshire and yet light years away from the traffic. In front of the museum you can see Urban Light, a large-scale assemblage sculpture by Chris Burden. The installation consists of 202 restored street lamps from the 1920s and 1930s. Most of them once lit the streets of Southern California. 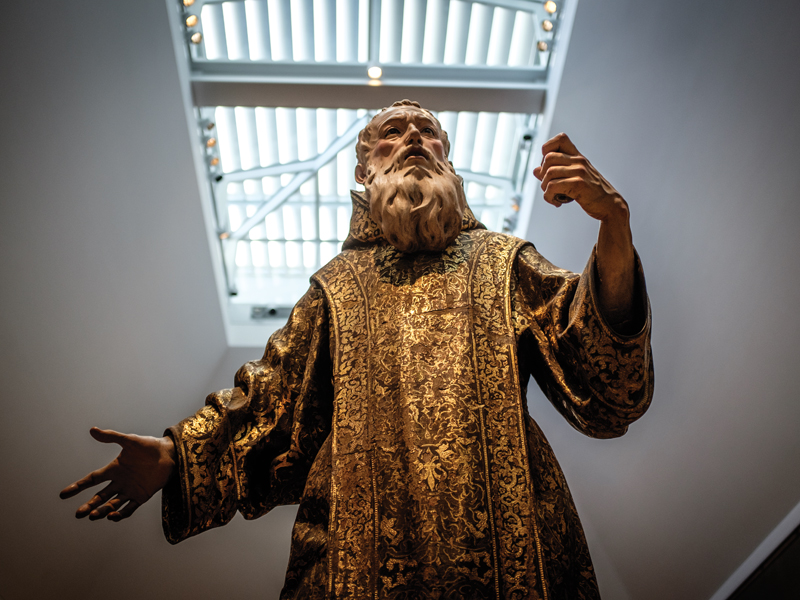 A major collection started by the oil tycoon J. Paul Getty who became one of the grandest philanthropists in the world. Located in an evocative architectural and garden settings in Beverley Hills. The ever expanding collection – the J. Paul Getty Museum continues to be one of the most generous buyers of art in the world – starts in ancient Greece, Etruria and Rome, and ends up with Francis Bacon and Leon Kosoff. Enough said. 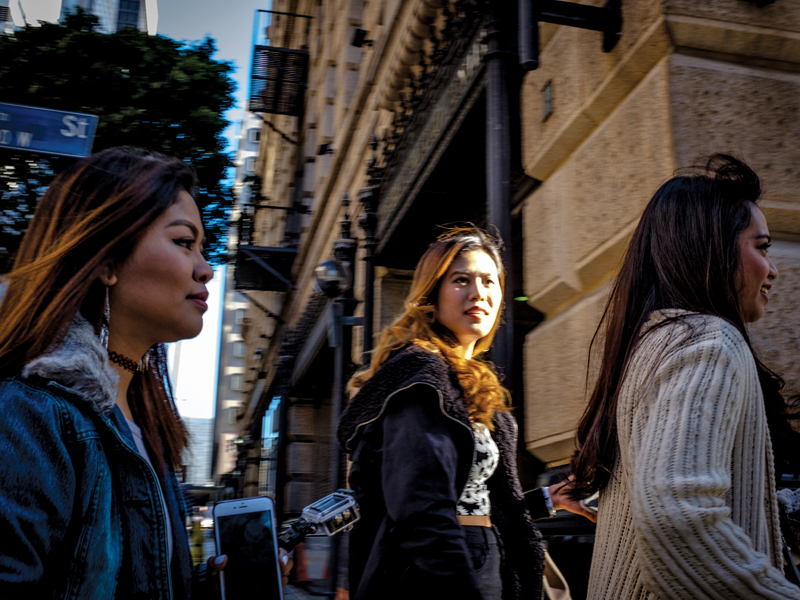 You can't compare to Manhattan, and you shouldn't even try. Downtown LA is a rather arresting combination of the old, meaning 1910s and 1920s skyscrapers, and the modern – superposh office buildings springing up every year and housing the head offices of California's major corporations. Once it used to be considered one of the most dangerous locations in the United States, it is now perfectly safe and under control, courtesy of the LAPD. Well, some parts of it are still a bit hairy. 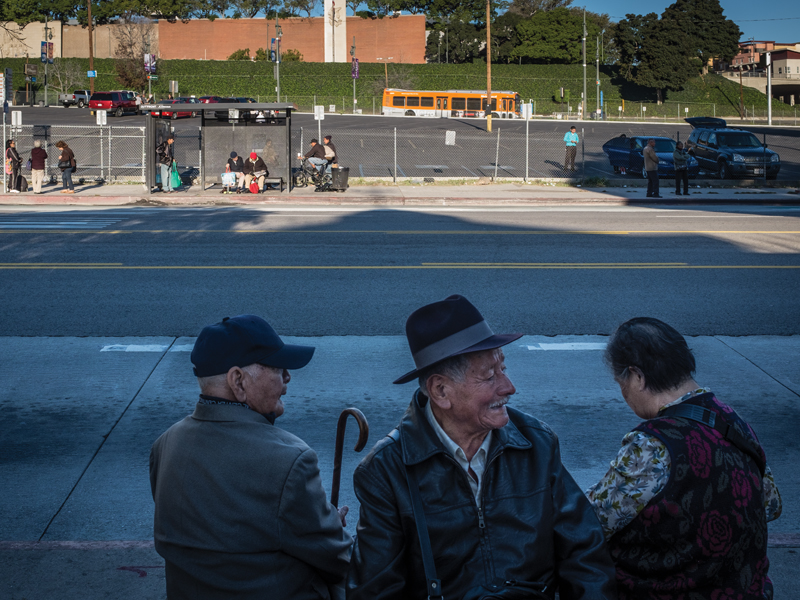 If you want to see another face of Los Angeles, try Skidrow, a large area around Union Railway Station and adjoining streets. Thousands of homeless people make their living there. It is definitely not a place for tourists, but rather for urban explorers. If you do venture there, it is better to drive. Never take pictures of people without asking first.

Bonus: A landmark that no longer exists. 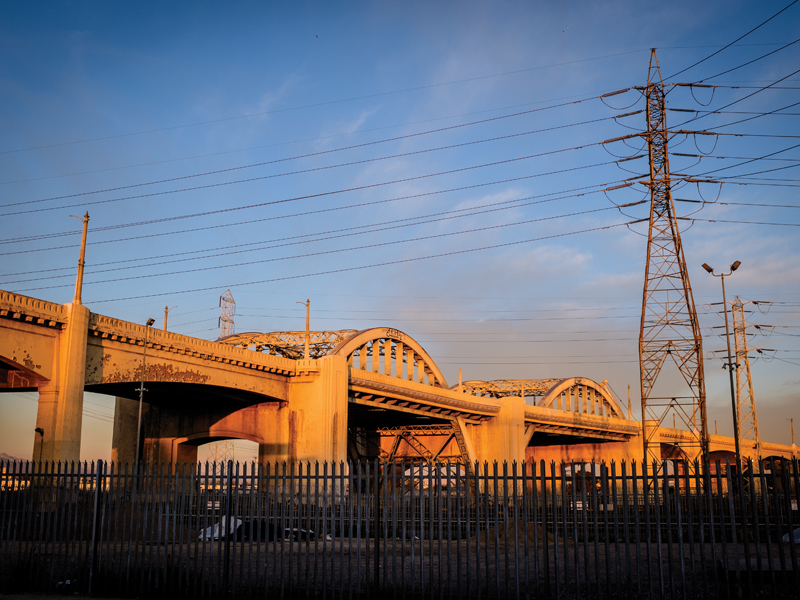 The Sixth Street Bridge, built in 1931 and exhibiting a range of architectural styles, from Beaux Arts in its four concrete towers to Gothic Revival in its porticos, lighting standards and railings, the bridge, featured in Hollywood movies such as Grease, Armed and Dangerous, and To Live and Die in L. A., it was demolished in January 2016. The picture you see in Vagabond, Bulgaria's English Monthly, was taken in the late evening of the day before the demolition.

Read 4271 times Last modified on Thursday, 08 September 2016 11:58
Published in Foreign Travel
More in this category: « BEST THINGS TO DO IN NEW YORK CITY IN WINTER MOROCCO »