The places everyone should visit before they die fall into three categories: stunning natural landscapes (like the Grand Canyon), sites of astonishing human creativity (e. g. the Giza Pyramids), and Cappadocia.

Why single out Cappadocia? For one reason, is the answer. There is hardly a place on earth that so combines nature's magnificence with millennia of history and culture as does this region in central Anatolia, Turkey. Shielded by the silhouettes of three extinct volcanoes, Cappadocia is a land of ancient underground cities; of mediaeval churches carved into precipitous cliffs; of white, yellow and red rock pyramids and plateaux. Tourists love it, especially when they view this surreal landscape from a hot-air balloon.

It all began with the volcanoes. About 14 million years ago they covered an area about 400 km long and 250 km wide with thick layers of ash and volcanic tufa. When their fiery breaths finally died away, erosion began. For thousands of years, wind, rain, snow and rivers carved the soft volcanic rocks into plains and mesas, into canyons, rock pyramids (commonly known as fairy chimneys) and hoodoos.

The earliest evidence that humans were familiar with the area comes from an outside source: a mural in a building of the Çatalhöyük Neolithic settlement depicts the eruption of one of Cappadocia's volcanoes. It did not take long for people to settle in Cappadocia, where the volcanic soil is fertile, a great advantage in the increasingly arid Anatolia.

Over the following millennia, Cappadocia changed hands many times. War was never far away, and the local people came up with an ingenious solution to protect themselves from invaders and conflicts.

In the plains, they dug underground cities, stretching far beneath the surface. These are still a breath-taking experience (especially for claustrophobic visitors). Nothing above ground betrays the existence of a human settlement under your feet, until you climb down the narrow entrance, and find yourself in a maze of subterranean tunnels, rooms and shafts, that go down and down, for six, seven, even eight levels. Sliding rock doors, that look like they were borrowed from an Indiana Jones movie, are still in place.

The underground cities could not change the ebb and flow of political power on the surface. The region was by turn Roman, Byzantine and Armenian, before the Seljuk Turks' arrival in the 11th Century. By this time, Cappadocia had established itself as a major centre of Christianity, and had attracted thousands of monks. 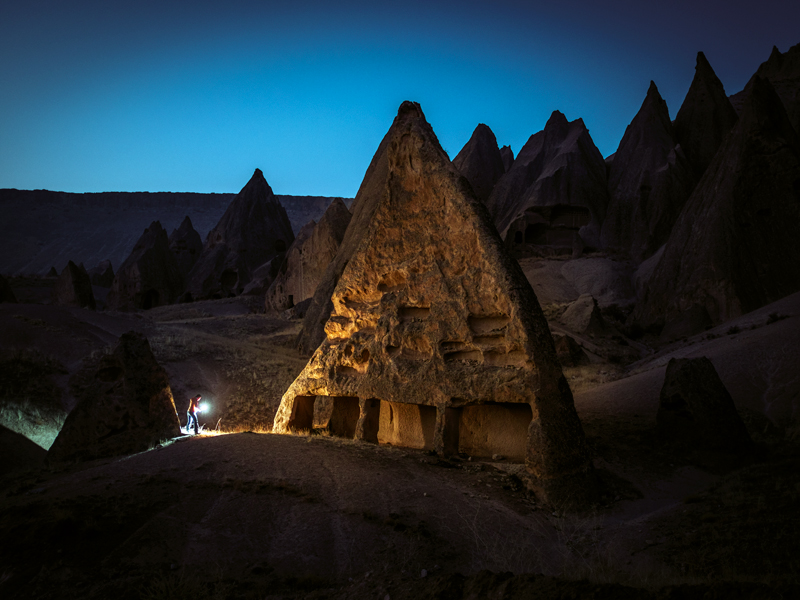 Monks need monasteries, and those who settled in Cappadocia did not hesitate to put to good use the astonishing landscape they found. This time they did not dig down, but up. Fairy chimneys, huge rocks and whole river canyons were carved into churches, refectories, and living quarters. Carved out of the rock the churches might be, but they still had their own façades and the interiors of free-standing buildings, with domes and pillars, apses and altars. They were covered with murals as well.

The earliest murals of Cappadocia are both fascinating and amusing. Painted before and during the Iconoclasm of the 8th-9th centuries, they depict only crude geometrical motifs, mushroom-like forms (probably fairy chimneys) and strange, unidentifiable creatures. Red paint is the only colour, making these enigmatic images even more baffling.

Later, when icons were again allowed, the churches of Cappadocia were covered with elaborate and more standard frescos of saints and scenes from the New Testament.
Today, Cappadocia is divided between its booming tourist industry and the century-old traditions that still survive in the villages.

Göreme and its environs is the most heavily developed part of the region, with luxury hotels, expensive restaurants and organised tourist groups from all over the world. Still, this part of Cappadocia is worth spending time in, as it is the centre of some of the area's most interesting sites. It is the home of the ancient monastic complex with stunning frescos at Göreme Open Air Museum and of the imposing castle carved into a rock at Uçhisar. In Hallacdere are the remains of a large monastery hospital and nearby are the red fairy chimneys and hoodoos of Ortahisar that make for a pleasant walk. Göreme is also the centre for hot-air balloon trips, and to complete the Cappadocia experience, you can add on a visit to one of the nearby underground cities of Derinkuyu or Kaymaklı. Zelve is another place of interest, with an open air museum of a troglodyte village that was inhabited until the 1950s, and the beautiful local pottery at Avanos. 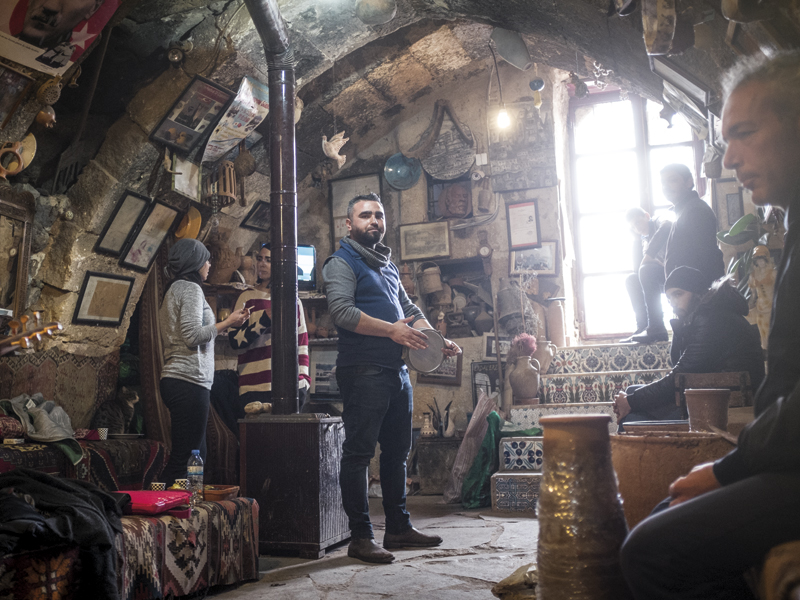 What Avanos lacks in order of geography, it makes up for in its fine traditional pottery. Chez Galip (pictured) is a famed local shop with a twist: some of the rooms are dedicated to the world's only museum of women's hair

If you prefer a calmer Cappadocian experience, continue southwest, to Aksaray. The town is nothing to write home about, but its environs are. Here is Güzelyurt village, with its genuinely friendly people and traditional stone houses from the times when Greeks used to live there, until the exchange of population between Greece and Turkey in 1923. Güzelyurt also has two underground cities (only one can be visited), and a picturesque valley dotted with rock churches. Nearby is the stunning Ihlara Valley, where churches with exquisite murals survive. The Selime Monastery should not be missed, not only for the beauty of its red rocks glowing at sunrise and sunset, but also because it was supposedly the inspiration for George Lucas's troglodyte dwellings on the planet Tatooine.

The rumour linking Star Wars to Cappadocia is unconfirmed, but it is yet another manifestation of the region's power to impress and awe people from Neolithic times to the era of space travel.

Cappadocia is so stunning that it defies comparison. Perhaps the nearest it comes to in the mind of a seasoned traveller would be the American Southwest. But unlike the hugeness of Utah's Canyonlands, where freeway signs notoriously warn you the next services are 120 miles away, and the quirkiness of Arches, where the roads are congested especially if you visit in summer, everything in Cappadocia is relatively close-by – we are talking the size of southern Bulgaria. And then an additional and quite indisputable benefit over Utah and Arizona are the many cultural levels, spanning several millennia, that make Cappadocia the unique experience it is today. 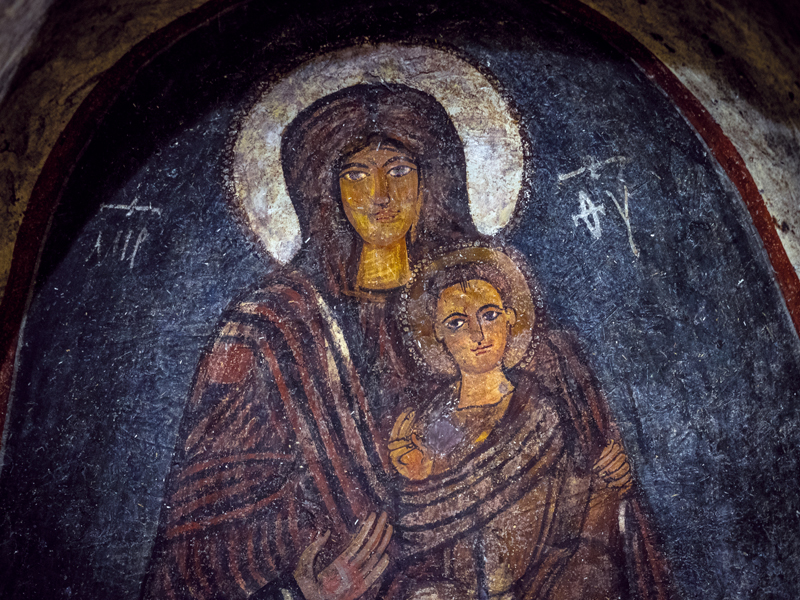 An unusually cheery Madonna smiles from the church of the Gümüşler Rock Monastery, near Niğde 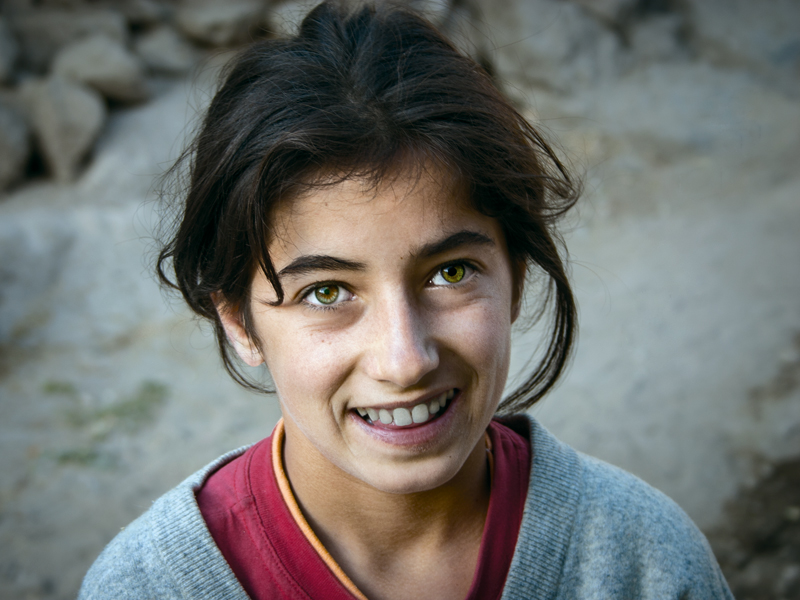 In spite of its popularity with tourists, Cappadocia remains a place of genuine Turkish hospitality 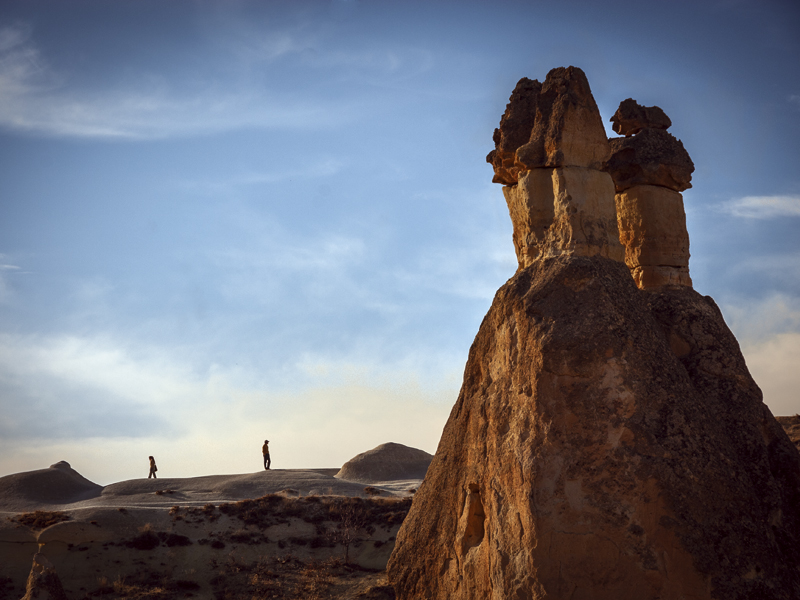 The rocks of Cappadocia change their colours through the day 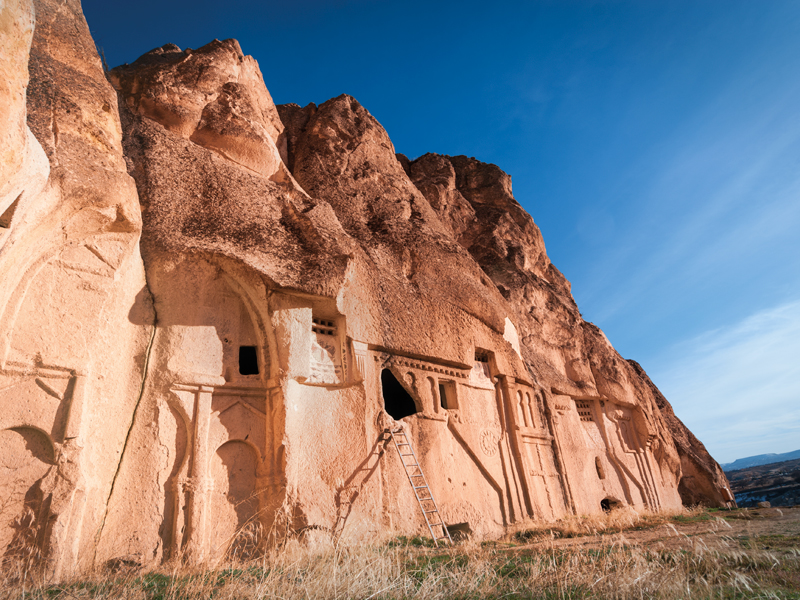 The Hallacdere Monastery, near Ortahisar, combines exciting rock-cut architecture with a curious story - it was used as the hospital for local monks

Read 5496 times Last modified on Wednesday, 29 June 2016 12:09
Published in Foreign Travel
More in this category: « THE NAME OF THE SUMMER THESSALONIKI NOW »