Even before you visit it, you already know Kefalonia. The island was the set of Captain Corelli's Mandolin, both the book and the film, and tourist websites and brochures of Greece's attractions feature its trademark Melissani Cave and Myrtos Beach on a regular basis.

Arguably, Kefalonia is one of the best places in Greece to spend your summer vacation. The largest of the Ionian islands, complete with picturesque and idyllic villages such as Fiscardo and Assos, stunning beaches like Myrtos, Antisamos and Xi, and its capital, Argostoli, situated by a picturesque lagoon. Argostoli is also a place of calm central streets and a curiosity, the 19th Century Drapano stone bridge. The island's most imposing historical site is St George's castle, a Byzantine stronghold rebuilt by the Venetians in 1545, which offers amazing vistas of its surroundings. A Roman villa from the 3rd Century in Skala, for its part, preserves a number of beautiful ancient mosaics. 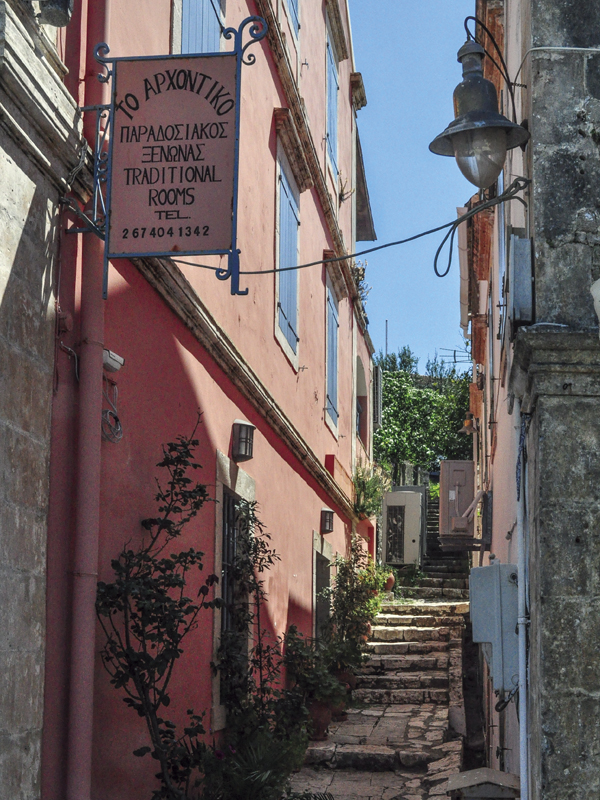 The streets of Fiscardo

Kefalonia has a rich history. Inhabited from prehistoric times, it was a Mycenaean outpost in the 2nd Millennium BC, and some believe that Kefalonia was Odysseus's Ithaca, and not the nearby island which is now called Ithaca. In the centuries that followed, Kefalonia was controlled by the Byzantines, Venetians, Ottomans, French and British, until it joined independent Greece in 1864. During the Second World War, Kefalonia was occupied by the Italians. When Italy capitulated in 1943, the troops there resisted the invading Nazis, lost Kefalonia and were executed by the score. This story was later told in Captain Corelli's Mandolin. Ten years later, another disaster struck the island; an earthquake which destroyed a significant part of it.

In Kefalonia, however, nature has the upper hand over history. 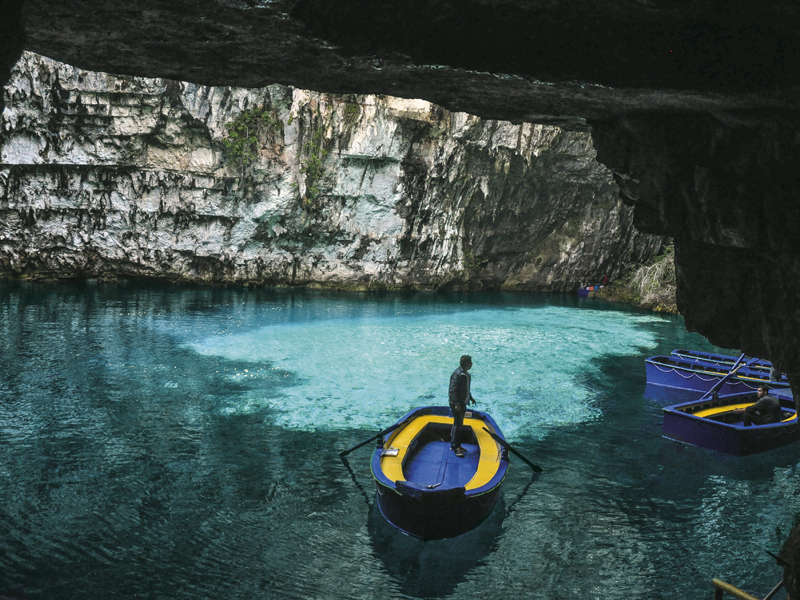 The island is the location of the highest mountain in the Ionian islands, the 1,628-metre Mount Ainos. Designated as a nature reserve in the 1960s, the mountain is covered in greenery, including an indigenous type of fir, and is a popular tourist destination. Kefalonia is also the home of the endangered loggerhead turtle, who inhabits the southern beaches of the island.

Caves are Kefalonia's other marvel. Drogarati Cave is a cavern of awe inspiring stalactites and stalagmites, and the Melissani Cave with its Melissani Lake is even more memorable. Situated about 500 m from the sea, the lake is hidden under the canopy of a double cave. Light still penetrates within, creating mesmerising effects which you can enjoy during a tourist boat ride.

No stay on Kefalonia would be complete without trying the island's specialties, such as the deep fried cod, the Bourbourelia bean soup and the Mandolato nougat. The island is also the producer of some of Greece's best wines, honey and olive oil. 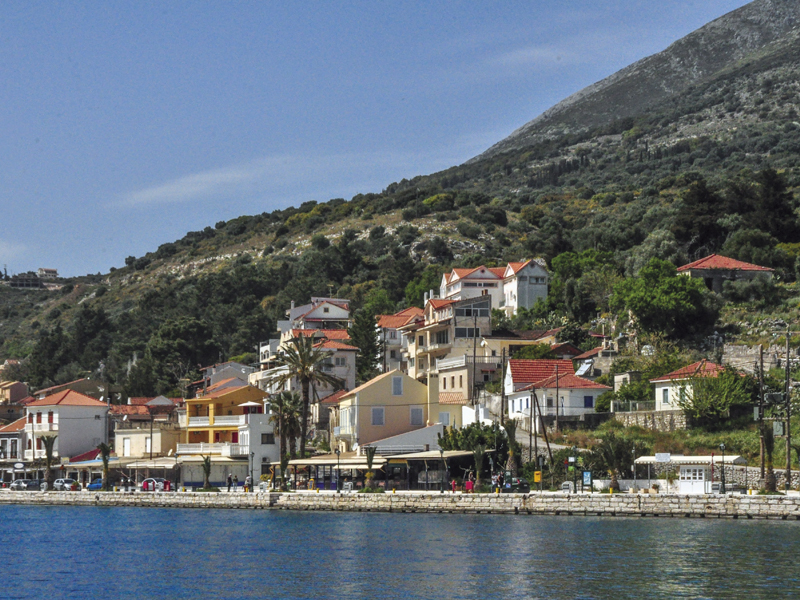 Agia Efimia village, by a harbour on the eastern coast of the island, is an idyllic place for a quiet walk or a vacation