One of WWI's deadliest campaigns unravelled not far from Bulgaria

When wondering where to spent their summer vacation, few people consider Gallipoli. The peninsula that mirrors the European side of the Dardanelles Straits is rugged and lacks the resorts and ancient ruins, the green slopes and turquoise waters which the eastern Mediterranean is famous for.

Gallipoli deserves a visit however, as it is the site of one of the Great War's bloodiest military campaigns. On this narrow, unwelcoming piece of land between April 1915 and January 1916, the united forces of about 550,000 Australian, New Zealand, British, Indian and French troops faced about 350,000 Ottomans. The allies were repelled and suffered enormous casualties. By the end of the campaign, 130,000 lives had been lost, making the Gallipoli offensive proportionately one of the deadliest during the Great War.

The main force of the Allied army were ANZAC soldiers from Australian and New Zealand Army Corps, and today hundreds of tourists from these countries visit the place where their compatriots fought 99 years ago. The biggest draw is the dawn service on 25 April, commemorating the day when the first ANZAC troops landed at Gallipoli. 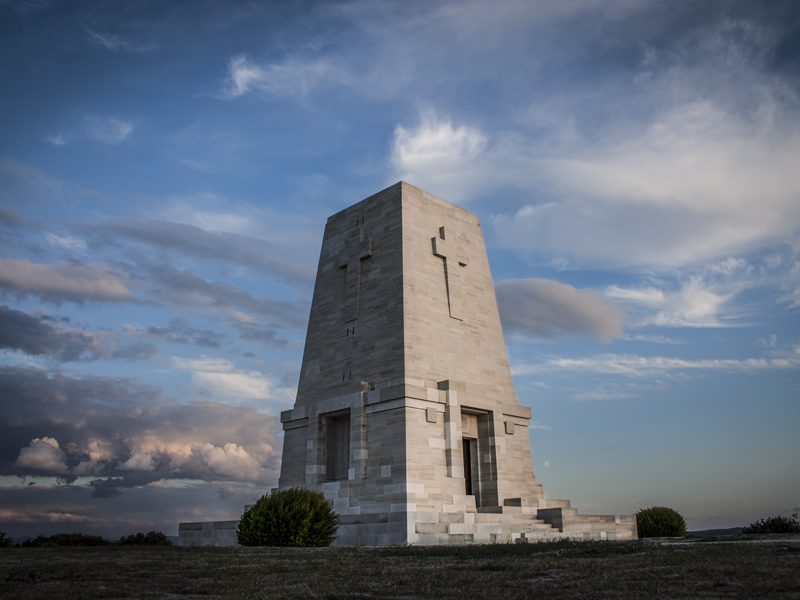 Lone Pine Memorial to the missing. The bodies of scores of ANZACs who fought here were never found

Gallipoli was destined to be a battle ground. The Dardanelles Straits separate Europe from Asia Minor and, throughout history, whoever controlled them had control over the trade, politics and defence of the region. The list of wars and battles fought for the straits is long. The 13th Century BC Trojan War happened there, and Russia didn't spare men, munitions and diplomatic effort to secure a safe passage through the Dardanelles from the 18th Century onwards.

For the Ottoman Empire, Gallipoli had been crucial as well. The capture of a Byzantine fort in Gallipoli, in 1354, marked the first firm settlement of the Ottoman Turks in Europe and was the first step in their march westwards. In a twist of historical irony, the 1915-1916 Gallipoli battle was one of the last victories of the dying Ottoman Empire, before its disintegration soon after the end of the Great War.
What brought about the battle of 1915-1916 and led the ANZAC men to Gallipoli, was (again) geopolitics. 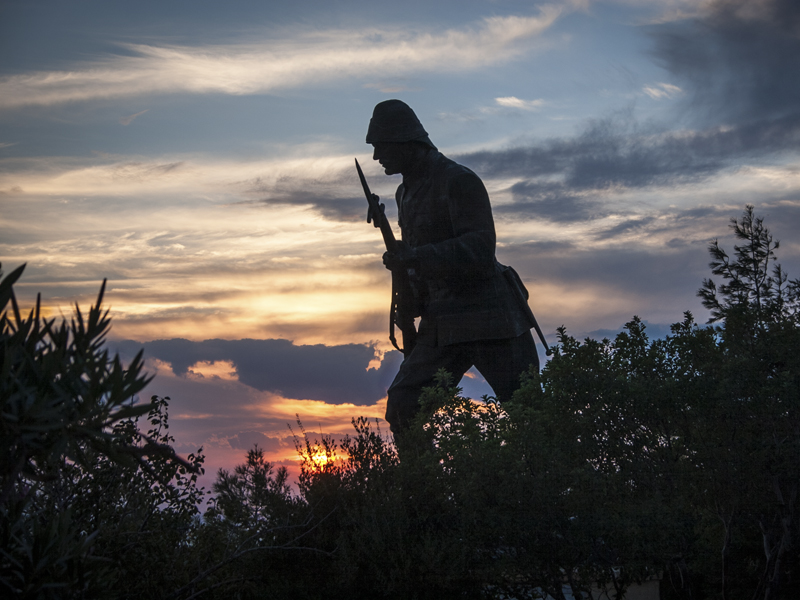 Turkish Soldier Memorial. The battle was fierce, but mutual respect between enemies proved that the campaign was nicknamed The Gentlemen's War 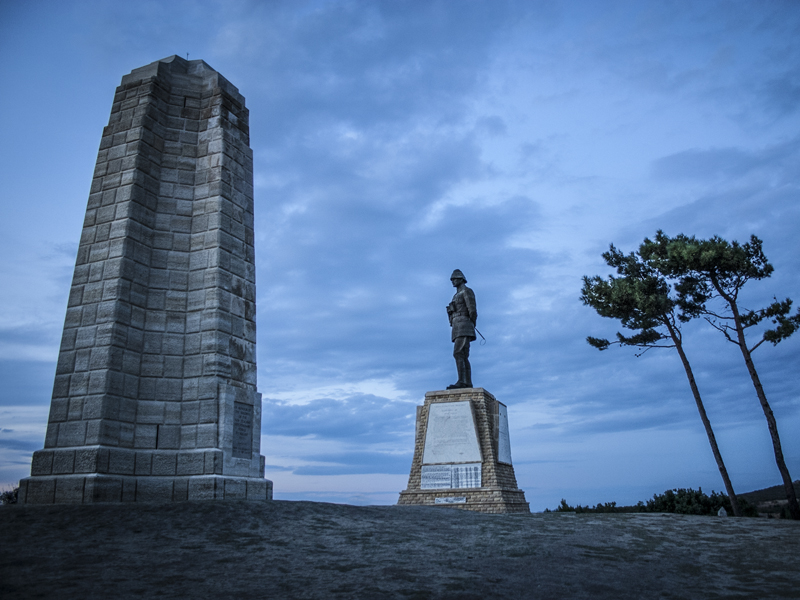 By the beginning of 1915, communications between Britain and France in Europe and their ally, Russia, on the eastern side of the continent, were severed by their enemies, Germany and Austria-Hungary. Passage through the Dardanelles became vital for Russia, but the Ottomans were already gravitating towards Germany. Misled by inadequate intelligence, the British military command decided that it would not be difficult to capture Gallipoli and the straits, thus securing a safe sea route to Russia.

On 18 March 1915, a full scale naval attack, masterminded by Winston Churchill, First Lord of the Admiralty, began at Gallipoli. Against all expectations, the Ottomans resisted. The British military command changed tactics and began preparation for a land assault.
It all began at dawn, on 25 April, when ANZAC troops disembarked at six beaches around a cove, now called Anzac Cove. They again faced fierce resistance from the Ottoman forces, commanded by a particularly talented 34-year old lieutenant colonel, Mustafa Kemal. He knew the rugged terrain better than the ill-prepared and somewhat overconfident Allied generals and soon the push into Gallipoli was halted. For several months, fierce battles for tiny pieces of land and trench warfare wiped out scores of men, from both sides. 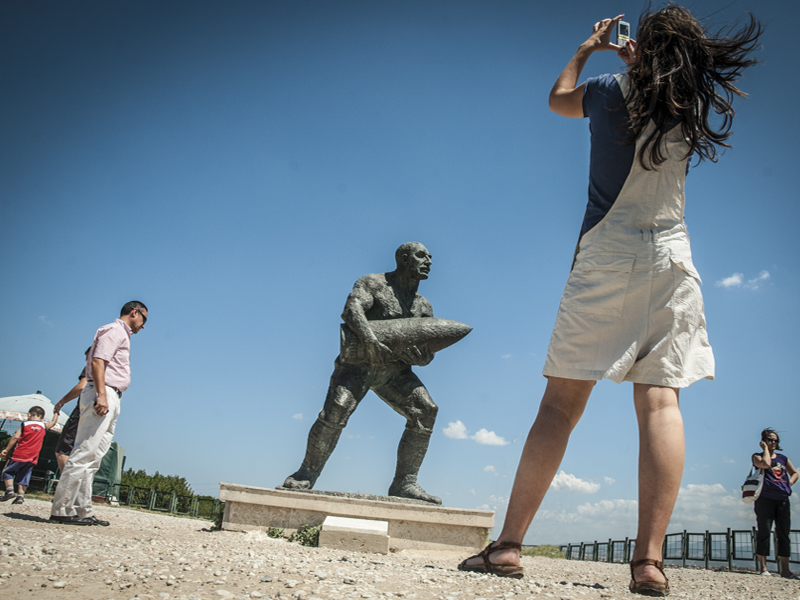 At the beginning of January 1916, it became evident that all the loses had been in vain, and the ANZAC forces retreated.
What happened next shaped history forever. Winston Churchill lost much support and stepped down from his position. High on enthusiasm, the Ottomans won several crucial battles, but ultimately lost the war, after which a group of reformists led by Mustafa Kemal toppled the sultan and replaced the Empire with the Republic of Turkey. Mustafa Kemal became its first president and started large-scale reforms which transformed society and earned him the nickname Atatürk, or Father of Turks, and the aura of an unquestionable national hero.

The campaign influenced the national consciousness of people in Australia and New Zealand. It was the event that made them realise that they were separate nations and not just another part of the British Empire. Today, ANZAC Day is commemorated in the Antipodes with more vigour and attention than is Armistice Day.

Reliefs depicting the battles, at the Turkish Memorial

Turkish monument at Cape Helles, the main landing area during the Gallipoli Campaign

The first commemoration for the fallen of the Gallipoli campaign was held in 1934. Today, memorials and cemeteries mark all the crucial battlefields. It is hard to visit everything on a single day, but there are a few places that definitely are a must-go.

It is best to start from Anzac Cove, in the shadow of the distinctive peak which the Allied soldiers dubbed The Sphinx. Probably the most atmospheric ANZAC cemetery is the Lone Pine Memorial and Cemetery. Constructed right over the trenches, it is the resting place for 1,167 Commonwealth servicemen, although the bodies of at least 4,934 men who died there were never found. As the name suggests, a lone pine tree grows here, among the white stones of the graves, a solitary memorial to the vain stupidity of war. 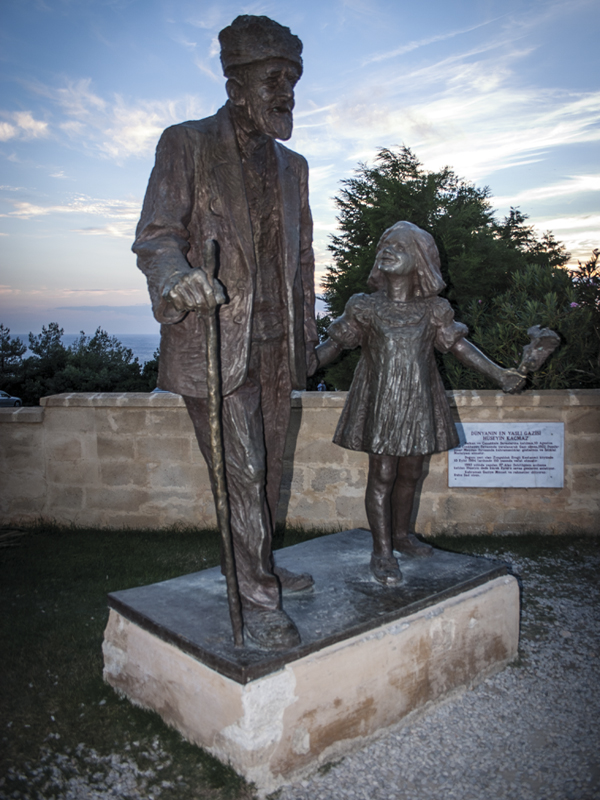 Monument to the last surviving Turkish solider who fought at Gallipoli, in 57th Infantry Regiment Cemetery and Memorial

The main Turkish memorial at Gallipoli is the Çanakkale Martyrs Memorial, with a sombre statue of Mustafa Kemal overlooking the battlegrounds. The 57th Infantry Regiment Cemetery and Memorial is dedicated to the regiment who first met the ANZAC attack and has some touching statues, such as the one depicting the last surviving Turkish veteran, visiting Gallipoli with his granddaughter.

Among the many statues, graves and memorials on Gallipoli, one stands out. Recalling a true event, the Mehmetçik Memorial represents the Turkish soldier who jumped out of his trench to rescue a wounded Australian, who had fallen in no man's land, and who carried him back to the ANZAC trenches.

Our Sons as Well
In the Ari Burnu Cemetery, at the northern end of Anzac Cove, are the graves of 253 men and a memorial bearing the wise words Mustafa Kemal Atatürk to the first Australians, New Zealanders and British who visited the Gallipoli battlefield, in 1934:

Those heroes that shed their blood and lost their lives... you are now lying in the soil of a friendly country. Therefore rest in peace. There is no difference between the Johnnies and the Mehmets to us where they lie side by side here in this country of ours... You, the mothers, who sent their sons from far away countries wipe away your tears; your sons are now lying in our bosom and are in peace. After having lost their lives on this land they have become our sons as well. 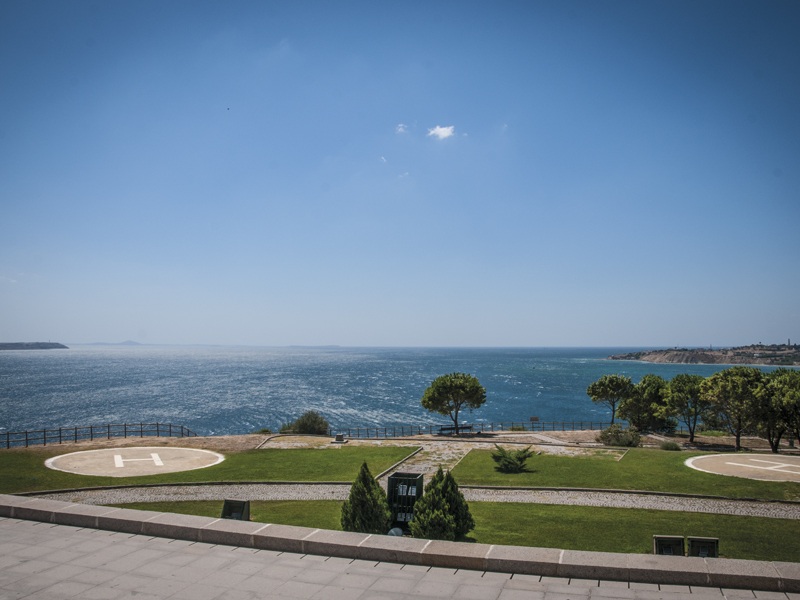