ROUND BLACK SEA IN 3 VAGABONDS PART 2: THE NATURE

Head off on a life-enhancing journey with our series of articles dedicated to the history, nature and cities of Europe's least known sea 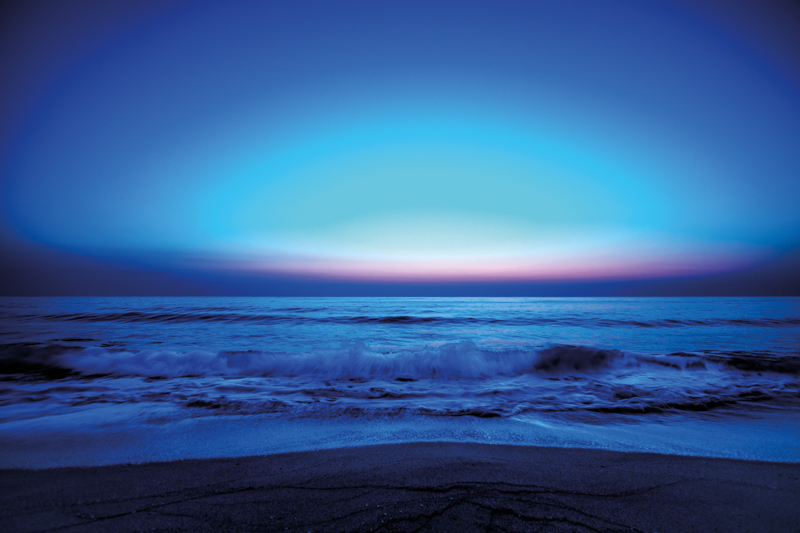 What do you need to make a sea? In the case of the Black Sea, you take three tectonic plates between Europe and Asia that clash, divide and subside under the pressure of volcanic activity for several million years, and let rivers and rains fill the gaps. You then add a narrow strait to connect the water basin to the Mediterranean. The end result is a sea with low salinity whose shores and currents still reflect its geological past: on maps and in aerial photographs the two ancient basins that made the current Black Sea are still clearly discernible, divided by a pointy end: the Crimea. Curiously, the sea's lowest point, the 2,212-metre Euxine abyssal plain, is located just to the south of the Crimea.

Geological activity also shaped the environs of the Black Sea. To the north and the northwest stretch the great steppes of Eurasia, covered with the heavy, fertile black soils born of glacial activity during the last Ice Age. Mountains dominate the rest of the sea's shore: the Caucasus, the Pontic mountains, the Strandzha, the Stara Planina, and the Crimean mountains.

Then there are the rivers. The Danube, the Dnieper and the Dniester deposit tonnes of sediment in the sea, forming elaborate and everchanging deltas and estuaries.

The Danube Delta is a maze of canals, islands and marches that teem with wildlife

All of these have created a variety of landscapes and wildlife habitats all along the shores of the Black Sea. Scores of migrating birds pass over during their annual migrations, filling the skies of the western Black Sea with flocks of storks, pelicans, buzzards, ducks and many others. Some pass through on their way to and from Africa while others spend the winter in better, warmer conditions.

Bulgaria has some major birdwatching spots, such as the lakes and swamps around the Durankulak and the Yaylata Plateau to the north and the Atanasovsko and Burgasko Lakes to the south, while the deltas of the Danube, in Romania and Ukraine, and the Dnieper and Dniester in Ukraine provide a more varied and richer experience. Of all these rivers, the Danube is the mightiest. The second largest river delta in Europe, it is a designated UNESCO World Heritage Site and combines steppe and Mediterranean ecosystems, wetlands, levees, canals and marshes.

Smaller rivers flowing into the Black Sea also have their individual characteristics. The Veleka in Bulgaria, for example, enters the sea through sand dunes among weirdly shaped rocks and the pristine forests of the Strandzha. 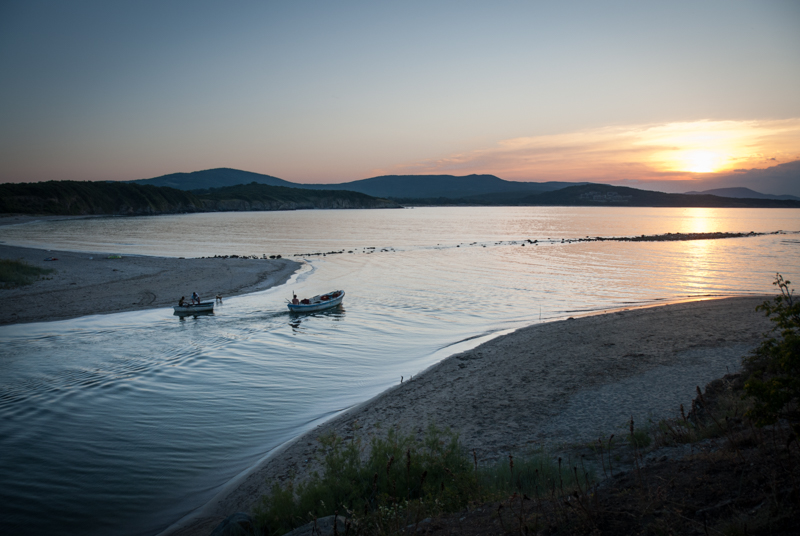 The mouth of the Ropotamo River

The mountains of the Black Sea are the complete opposite of the crowded river deltas. Rising to precipitous heights, they are covered with thick forests and are home to eagles and deer, boars and pine martens. Their rivers are fast flowing and frigid, their Alpine peaks covered in snow in winter.

The Pontic Mountains run along the southern shore of the Black Sea, in Turkey, and are easily visited as they loom over all the towns in the region, forcing people to live on the thin strip of flat land between the slopes and the sea. Of them, the Kaçkar Mountains are the most impressive. The highest peak, Kaçkar Dağı, rises to 3,937 metres, and the area is a national park, and a great place for hiking and mountaineering.

Surprisingly, these mountains are also where an exotic plant thrives. Since the beginning of the 20th century, the town of Rize has been the centre of the production of tea, the national beverage of Turkey. Covered in tea plants, the green hills around recall Darjeeling.

The Caucasus are the best known of the mountains that shape the Black Sea, a titanic barrier between Asia and Europe. Exploring the mountains peaks and hidden valleys of Georgia, where mountain communities still live largely unaffected by modern life, is a true delight. The closest these mountains come to the Black Sea is at Sukhumi, in Abkhazia, and Sochi, in Russia: a region where Alpine peaks covered in snow the year round rise from a balmy sea fringed with palm trees.

Yes, while the sea's northwestern shores are swept by violent Siberian winds in winter, its northern and eastern shores are sheltered by the Crimean and Caucasus mountains. This is why palm trees grow freely there and the scent of eucalyptus hangs heavy in summer, evoking the Mediterranean although far away from the Bosporus. 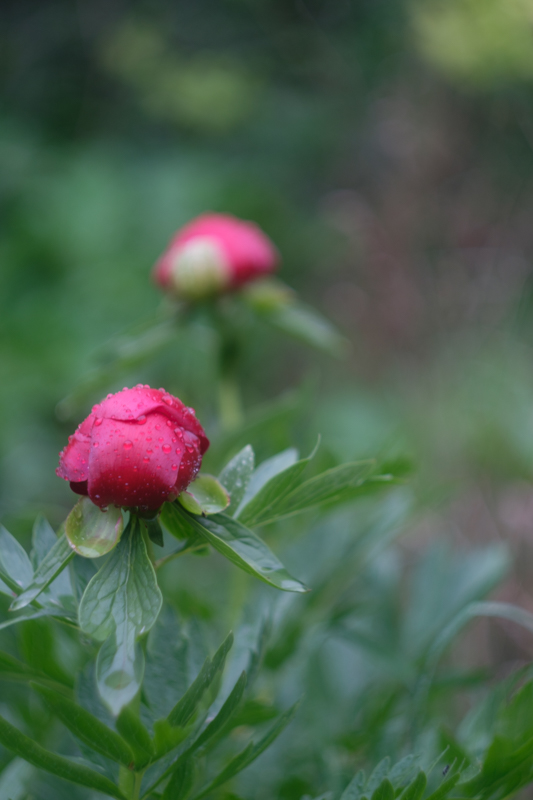 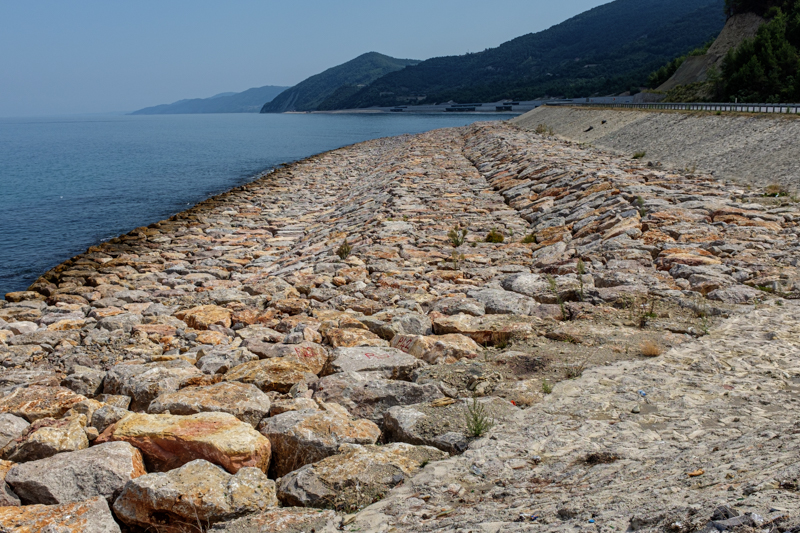 The southern shore of the Black Sea, in Turkey, is a narrow strip of land between the water and the mountains 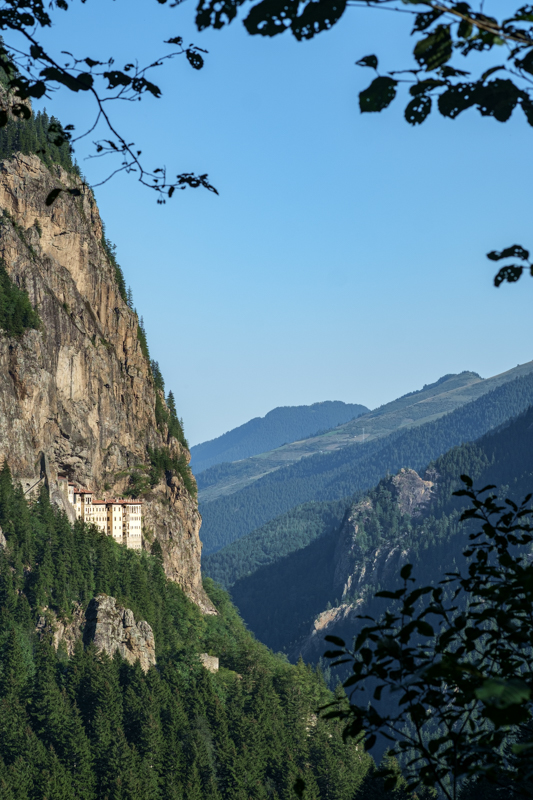 The Pontic Mountains was a place of refuge in the Middle Ages, sheltering communities such as Sumela Monastery near Trabzon 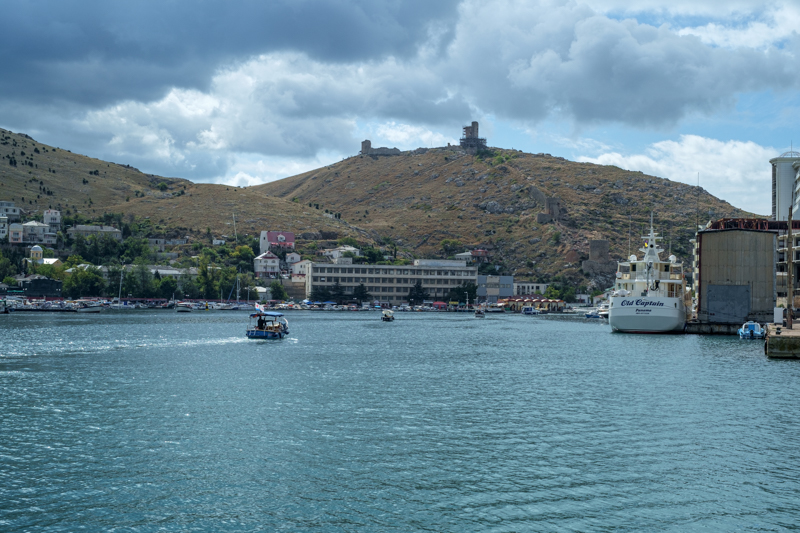 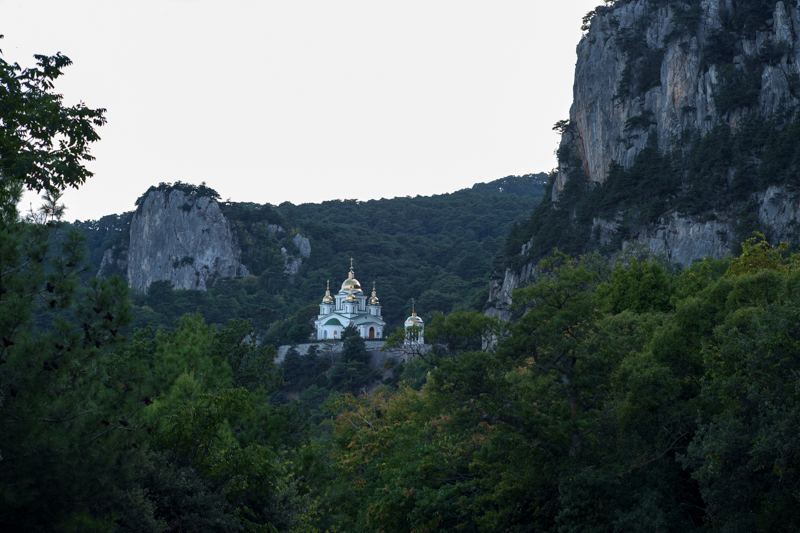 The Crimean Mountains run parallel to the Black Sea shore 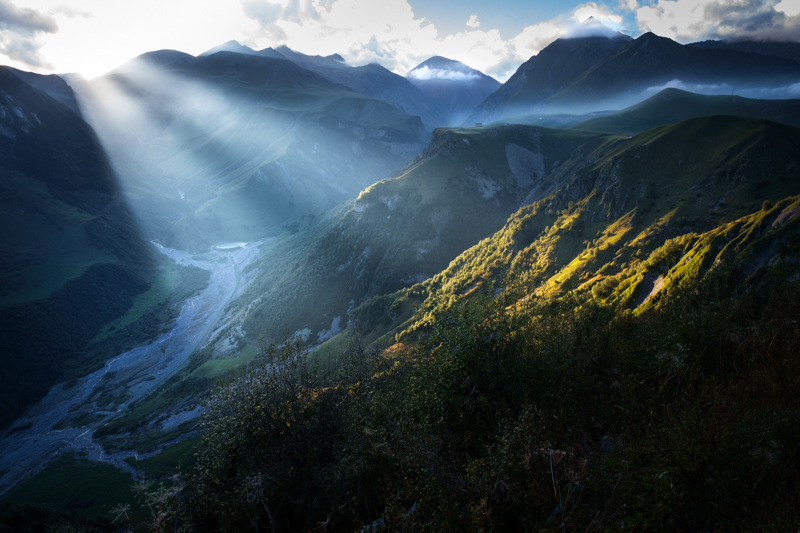 The Caucasus Mountains stretch from the Black to the Caspian Sea 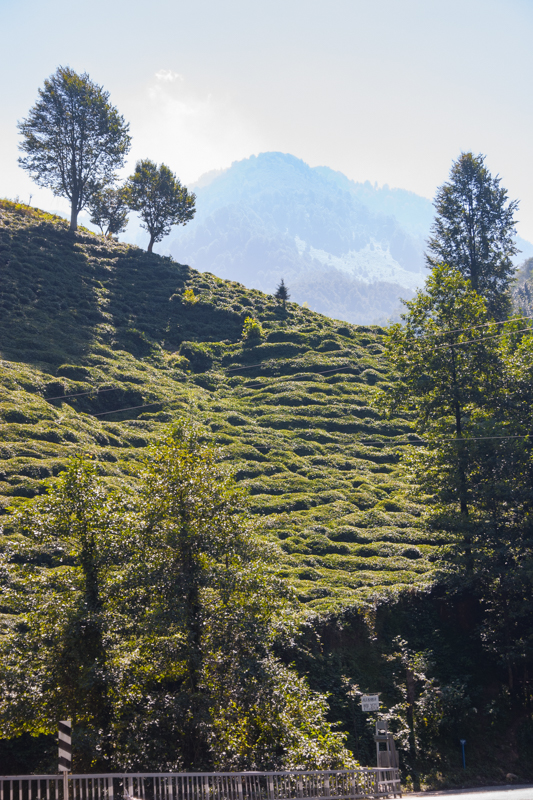 Tea plantations in the mountains near Rize

Sprat is one of the most delicious types of fish in the Black Sea. Trabzon, in Turkey, is particularly famed for its hamsi 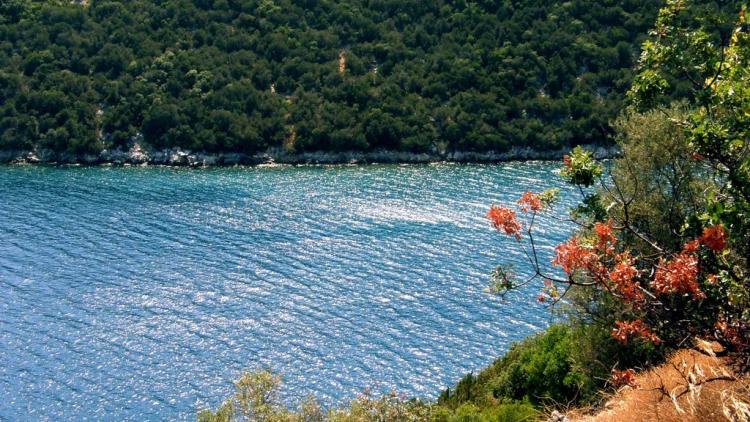 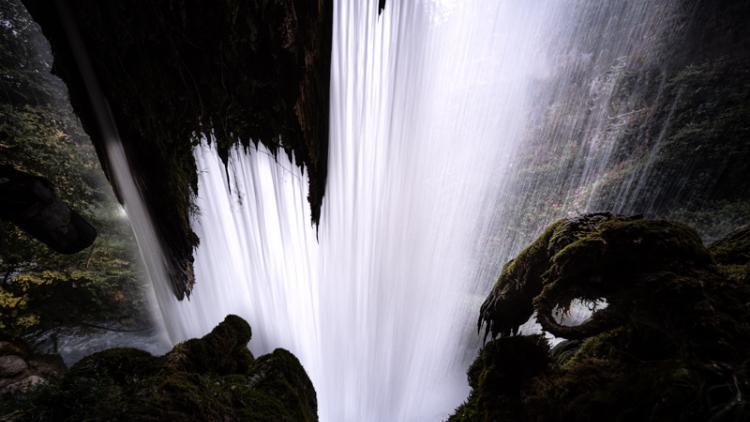 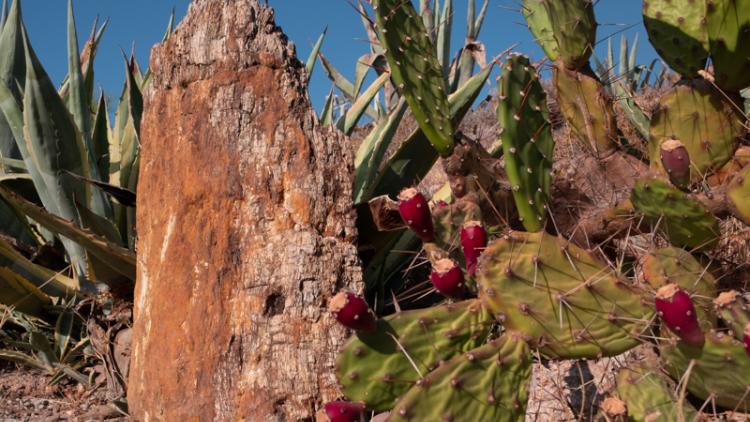