interview and photography by Anthony Georgieff
Rate this item
(5 votes)

Speaking of France, think about Bulgaria

France's outgoing ambassador, Bulgarian-married Xavier Lapeyre de Cabanes, has made a name for himself as being outspoken on any issue ranging from art to education, public relations and politics. By calling a spade a spade on key issues for Bulgaria as the rule of law and compliance with EU-related commitments, Lapeyre de Cabanes has gained the respect of many intellectuals and ordinary citizens who see Bulgaria firmly in both the EU and NATO. Xavier Lapeyre de Cabanes arrived in Bulgaria in the autumn of 2013. From the standpoint of 2016, just a month before he will depart for good, I want a quick recap. What was the most pleasant experience during these three years?

And what was the most unpleasant experience?

It was all too short. The unpleasant thing is that I have to go.

Apparently, you did a lot of travelling through Bulgaria during your sojourn here. I know this is a difficult question, but can you name some of the places you found really nice to visit?

No, I can't. There are many beautiful places in Bulgaria that I have visited, and there are many more that I haven't. I did travel both for business and pleasure, trying to make the best of two worlds. I have a particular liking for the Bulgarian mountains in general and the Rhodope in particular. But I cannot name specific places. If I say I like Belogradchik, most of the people of Teteven will probably take offence. Likewise, if I single out Shiroka Laka, the people of Ruse will say "What?!"

What was the most unpleasant place you visited?

All of those places that have been hugely depopulated. Sadly, there are many places like that, mainly in the Northwest but not only. There are many villages with just one or two elderly inhabitants. In a couple of years there will be none. All the buildings are caving in. There is also abandoned land that nature seems to be reclaiming at a fast pace.

What do you think is the reason?

There are 2 million fewer Bulgarians compared to 25 years ago. These people emigrated mainly from the villages. Sofia and the larger towns – Burgas, Varna, Plovdiv and even Veliko Tarnovo – did not experience anything like that. Young Bulgarian continue to emigrate. This is rather sad.

Will they ever come back?

I hope so, yes. But they will not return unless they believe they have a future in Bulgaria and Bulgaria has a future as a state.

There are many young French people who also emigrate to various places – London comes to mind. Yet, it doesn't seem to be such a major concern for France.

In both cases, it is the effect of globalization, but you cannot compare the situation for France with Bulgaria's. We believe there are 200,000-300,000 Frenchmen living in London. There are about 2 million French people living outside of France. People come and go. However, the population of France does not decrease. When I was a kid, I remember, we were taught in school that there were 44 million Frenchmen. Now there are 65 million and we probably have the best demographic profile within the EU. This is a legacy of the successful demographic policy which was put in place after the Second World War. In Central and Eastern Europe in general, and in Bulgaria particularly, the demographic trends are negative: people leave, especially young and qualified people, they are not replaced by newborn children or newcomers and the result is a dramatic aging and a costly loss of dynamism and talents.

The economy continues to develop, albeit not at the pace needed if Bulgaria wants to catch up with the West. I refer to the 6-7 percent of growth before the 2008 crisis. New infrastructure projects are being unveiled every year, not just in Sofia but also in various Bulgarian cities. This is very important.

What has deteriorated, however, is that three years ago Bulgaria's civil society had a hope. It was a hope for change, a hope that Bulgaria will finally become a law-and-order state, with properly functioning judicial system and less arrogant oligarchs. But we haven’t witnessed such changes.

Perhaps there hasn't been enough political will to change how things are going in the judicial system. We saw last year the general prosecutor fighting with the aim of having a minimal judicial reform. And so it was exactly what we ended up with – a minimal reform. I am referring only to the Constitutional amendments, because the propositions made by the Minister of Justice Ekaterina Zaharieva, which are a step in a good direction, have not yet been adopted.

Where has all the public energy gone?

Bulgaria has seen a series of massive protests in 1990, in 1996-1997 and in 2013. Yet, when people see that they are unable to have an influence, to bring about any real change, they tend to withdraw into their private lives.

Is Bulgaria a law-and-order state at the moment?

So-so. We've had the monitoring mechanism for the past 10 years. Yet, for the past 10 years we haven't seen any corrupt politician being brought to justice. Two years ago, the KTB, or Corporate Investment Bank, went bust. Yet, nothing has happened in legal terms, as if it is normal for a major Bulgarian bank to go down without anyone being brought to justice. I do not think this is normal.

What would happen in France if a minister, say the minister of culture, sent a threatening letter to a TV journalist?

I don't know. This is a hypothetical question. The good think is that Mr Rashidov, the Bulgarian minister of culture, apologised. An apology means he conceded he had erred. Of course it was a mistake. 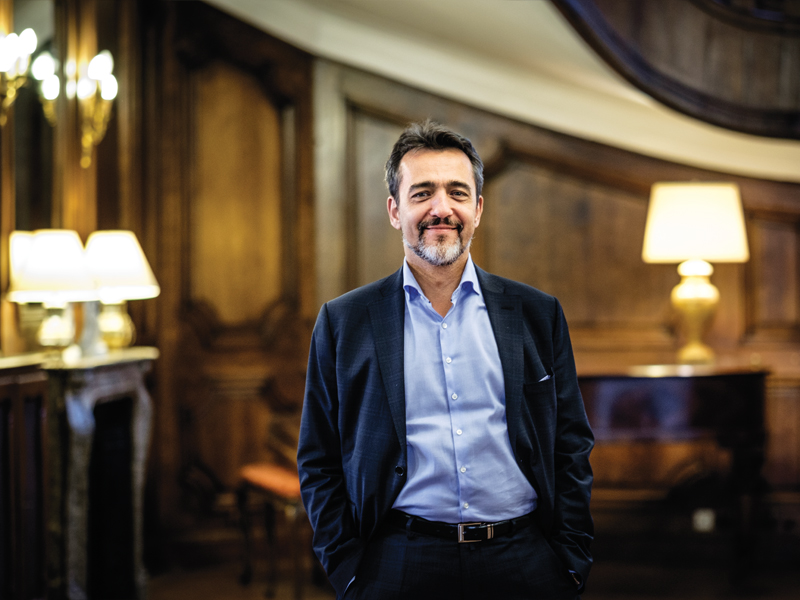 What would happen in France if a judge refused to register a political party because its name contained a foreign language word, for example a German word or, worse still, English?

I think that the reason being quoted for the non-registration of Mr Mestan's political party is odd, to put it very mildly. It would have been funny if it had not concerned the very pith of democracy. I am not saying anything about that party because that is not the question. But what we have is a judge sentencing someone for a supposed crime that has not been committed. This was a very unpleasant episode. I think there are far less democratic parties in Bulgaria, in deeds rather than in words. There are parties that use and propagate hate speech, especially by using their own press organs, sometimes in a very rude manner.

I think it is not appropriate for an European country to refuse to register a political party only on the basis of a misnomer.

Talking of language, you are one of the few ambassadors in Sofia at the moment who speak Bulgarian fluently. You don't need a translator to read a newspaper. Is there hate speech in the Bulgarian media?

Yes. It is sometimes directed against the country's Turkish minority, but more often it targets the Roma. The Roma is a minority that has been segregated and marginalised. Yet, they are Bulgarian citizens. There are no easy solutions, and I am not saying there are no efforts to integrate them. What I am saying is that the overwhelming majority of Bulgarians consider the Roma to be non-Bulgarians and thus do not need any assistance. This is wrong.

There is hate speech in other countries as well, for example in France.

In France there are laws, sometimes even exceedingly strong, banning hate speech. Sometimes there are even people who use these laws for political battles. However, the majority of people understand that if a society wants to live in peace, then it is better not to hate other people only because they are different. Hate will not help. It will only bring on hate in return.

How would the French use their laws if suddenly armed militias appear at the border and start arresting refugees?

Militias are completely outlawed. The state is obliged to inspect people and, if need be, arrest them. I think there are crimes that are a lot more dangerous than crossing a border as an asylum-seeker. For example, a banker goes bust with 2 billion leva of taxpayers money and there is no legal action. There are no militias chasing him.

And what has the Bulgarian state done to handle Bulgaria's own self-styled militias?

Both the interior minister and the general prosecutor have said they would prosecute them.

Yet the prime minister had saluted them and thanked them.

Yes, but just for a short time.