One of the major problems encountered by expats and visitors alike when going around in and out of Sofia is their inability to read even the simplest place names and street signs. Unless you are well-versed in the Cyrillic alphabet, you will find it impossible to pronounce relatively common names such as Бургас and Несебър, not to mention the more complicated Пазарджик and Велико Търново and, of course, that all-time favourite, Джулюница. To make matters worse, local and national authorities, as well as commercial establishments, have through the years added to the confusion by transliterating proper names into what they fondly imagine is English. This has evolved into the situation where you might see шопска салата rendered as Shopska salata, Schoppen Salad, Shop Salad and Salade à la mode du Shoppe. Meet the man who can be held solely responsible for bringing some order to this confusion. Nikolay Vassilev, a London-educated economist, returned to Bulgaria in 2001 to take up the job of minister in the Simeon Saxe-Coburg Government, and is now, eight years later, still a minister, in charge of the entire Bulgarian civil service. The Comprehensible Bulgaria project, which he devised and managed, aims at something other non-Latin alphabet countries, notably Greece, achieved many years ago: the consolidation of various transliteration practices into a single, legally-binding system.

How did the Comprehensible Bulgaria project start and what were the main reasons for it?

The Comprehensible Bulgaria project, a joint initiative between the Ministry of State Administration and Administrative Reform and the Institute for the Bulgarian Language at the Bulgarian Academy of Sciences, started in 2006 to remove the chaos in transliteration practices of Bulgarian geographic, historical, cultural, and other proper names. It set out a unified transliteration system that has already become obligatory with this year's adoption of the Transliteration Act.

One of the main reasons for us to devise such rules is the difficulties which foreign citizens experience when they encounter the Cyrillic alphabet. Another big issue is the Latin alphabet street signs. Very often one can see the name of the same city written in several different ways, which is really confusing. Apart from that, Bulgaria is now part of the EU, as well as an established tourist destination, and it is of great importance for us to make visitors feel comfortable in the country. The correct names of Bulgarian geographical entities and proper names, as well as the common rules for transliteration are a small step in the right direction. 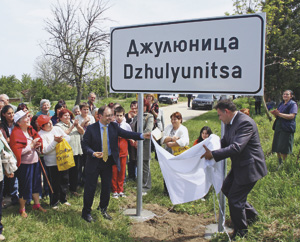 Did you emulate any foreign model or is it a purely Bulgarian invention?

There are other countries that use different alphabets from the Latin one, and they have the same practice of using common rules – for example Greece, Japan, China. The Bulgarian system for transliteration was created to respond to the specific needs of our alphabet, as well as to make it "comprehensible" for foreigners. For Bulgarians it is absolutely clear that Ruse, Russe, Rouse, Rousse are one and the same city, but for foreigners it is not so obvious. Until now, you could see many of the same Bulgarian cities, streets and historical figures written in different ways in the Latin alphabet on Bulgarian roads, maps and internet sites. This chaos was a result of the different rules applied in different periods, and even the lack of any rules at all. The image of Bulgaria has been strongly affected by this confusion.

The adoption of the Transliteration Act in March 2009 was a great success. This law provides the opportunity for sanctions against those who do not follow the rules for transliteration, as established by the Comprehensible Bulgaria project. From now on, there is only one way to write the names of Bulgarian cities, streets, historical figures, scientific terms of Bulgarian origin and so on.

What is your usual reaction when you see the name of a Bulgarian place misspelled or spelled in a way that is difficult to understand?

My initial response is to compare Bulgaria to the other countries where such problems exist. A lot of incorrect signs can still be found on the roads, maps and internet sites. On the ministry's website there is a gallery with photos of "bad examples" of incorrect signs sent in by members of the public. 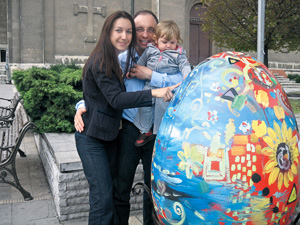 Every picture says who sent it, where it was taken and what the correct spelling in Latin form should be. When we get such "tip-offs", we inform the institution or organisation which has made the mistake, explain the correct way, and follow through to ensure it is corrected. Everyone who sends us an alert is informed about the steps that were taken.

Now that the project about transliteration has evolved into a law, there are civil servants to oversee its implementation. They check carefully for incorrect signage and issue mandatory summonses. If someone does not follow the law, they must pay a fine.

Many expats in Bulgaria complain that, apart from misspelled street names, corruption is the main obstacle to their doing business – starting with corrupt traffic police and going all the way to senior civil servants who want a bribe to sign a document they cannot do without. What would be your advice to them? Should they just go along with the system and pay up? Or should they risk their businesses in order to implicate corrupt officials? What is the difference between lobbying and corruption? What concrete steps should a foreigner in Bulgaria take if they are the victim of corruption and/or extortion?

I believe I was the person who, in 2001, mentioned the expression "zero tolerance to corruption" for the first time. Throughout my political career I have followed three rules for preventing corruption:

· Minimise the role of the state in spending the budget, in running companies and interfering with businesses. Legislation and rules should be designed in such a way that the risk of corruption is reduced. This includes the elimination or simplification of regulatory regimes.

· Implement specific policies for certain sectors. Eight years ago it was the customs office. Today, I would highlight the judicial system, the traffic police, the economic model of healthcare, and public procurement. I cannot advise foreign, or Bulgarian, businessmen to pay bribes in order to achieve certain results. If bribes are ever asked for, people should immediately inform the police, the prosecutor’s office, the government anti-corruption commission or even the prime minister’s office. There are many cases of officials being removed from their positions because of such corruption alerts. 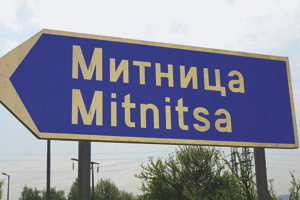 Nowadays, Bulgaria has an international image problem as a country with unacceptably high levels of corruption. However, this was not always the case. When Simeon Saxe-Coburg was prime minister Bulgaria had a much better image. Transparency International ranked Bulgaria much more positively than most countries in Central and Eastern Europe. In my view, the situation has worsened since 2005.

Lobbying is a slightly grey area. Probably some companies do encounter improper actions from civil servants, but the opposite is also true. Many companies, especially from Western and Southern Europe, also make "dodgy" proposals to the administration. Corruption, unfortunately, is a two-way process.

Still in doubt about how to spell Велико Търново? Check the ministry's site at www.transliteration.mdaar.government.bg

Bulgaria's pros, according to Nikolay Vassilev 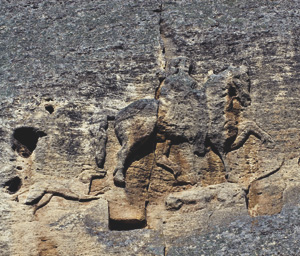 Bulgaria is a country of extraordinary natural beauty. I have lived abroad in a lot of countries but Bulgaria remains my favourite place. Varna is the town I always come back to. It has a very special place in my heart and this is the first place I would recommend. Varna has been chosen as the best city for living in Bulgaria for the second time, and this is not by chance. It is our sea capital, a very popular tourist destination, as well as my hometown. That is why Varna is my first recommendation. The Madara Rider is another place in the country that deserves to be visited. It is said that the Horseman is now a global Bulgarian symbol and it is included in the UNESCO World Heritage List. It is a rock relief 23m up a cliff. Last but not least is Rila Monastery, with its unique architecture. It is the largest monastery in Bulgaria – one of the most important symbols of our country and is also included in the UNESCO World Heritage List.

The first thing which I would warn foreigners about is the condition of the roads. We always get annoyed driving on our roads, but we are used to it. Things are not the same with foreigners who cannot accept the fact that such roads really do exist. The second thing is the food. It is good to be cautious, because it is very tasty, and it is very easy to overdo it. We have a magnificent cuisine that combines elements from eastern and western culinary traditions. Some of the dishes are specific to Bulgaria and cannot be found anywhere else in the world. And the third dangerous thing is Bulgarian wine, whose magnificent properties can be discovered and explored by everyone.

Read 13611 times Last modified on Wednesday, 10 July 2013 15:12
Published in Bulgaria Interviews
More in this category: « KAPKA KASSABOVA, HER CHILDHOOD AND OTHER MISADVENTURES IN BULGARIA EXPATS WITH INFLUENCE »