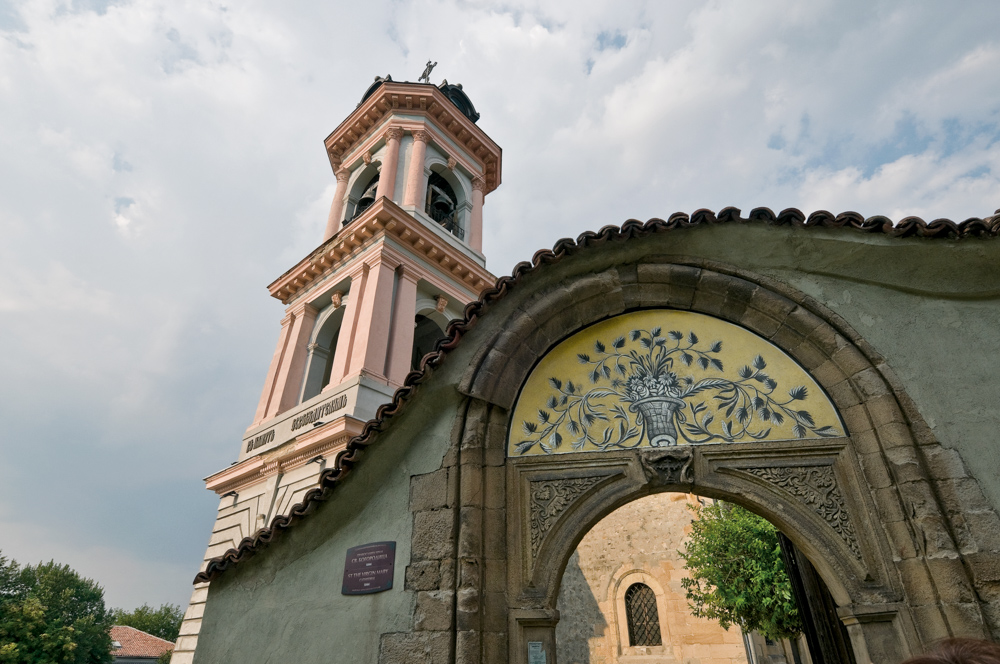 Plovdiv's claim to be the Bulgaria's most diverse and cosmopolitan city can be spread not only over the peoples who used to live, or are still living, in it. The diversity covers also the heavens above. A short walk round the historical core of the city leads you to temples of many different religions and denominations.

Some of them have been here for centuries, other have resurfaced after long periods of sometimes forced hibernation. And, of course, there are the recent "immigrants."

Some of the most atmospheric Plovdiv temples – the St Ludwig Catholic Cathedral, the Cuma Mosque and St Marina Church – were featured here.

It is impossible to overlook Plovdiv's Eastern Orthodox cathedral, as it rises above you as soon as you enter the area of the Old City. Holy Mother of Christ was built on the site of a medieval monastery church which was demolished during the 1371 Ottoman invasion. The church was rebuilt numerous times, and the current structure dates from 1844, and boasts a wood-carved iconostasis and icons by revered artists of the Bulgarian Revival period. The belfry was added in 1881. In 1952-1953 the church was painted by three of Bulgaria's masters of figurative art.

The cathedral is also of historical significance, as here, at Christmas 1859, Bishop Paisiy conducted mass in Bulgarian and not in the obligatory Greek, effectively breaking with the Patriarchy authority. Paisiy was punished with exile, but the first step towards establishing the first Bulgarian national institution after 400 years of Ottoman dominance had been taken. 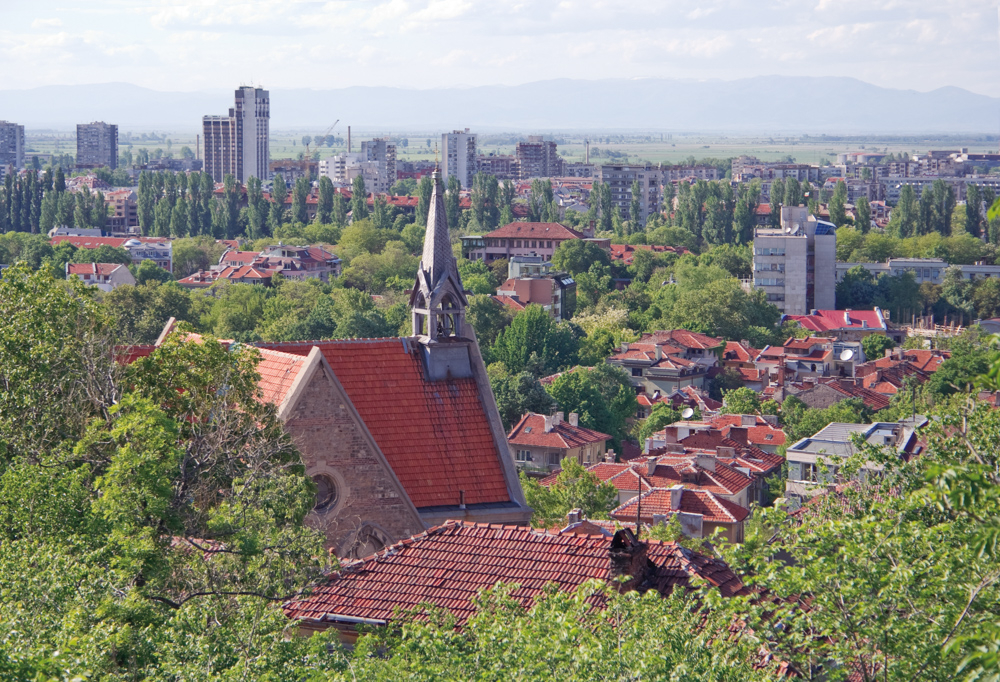 Protestantism arrived in Plovdiv in 1859, introduced by the American missionaries Dr William Meriam and Dr James Clarke. The Ottoman authorities did not interfere with them and a Protestant school was soon established in the city. All did not go smoothly, however. In 1862 Dr William Meriam was attacked and killed by brigands on his way from Constantinople to Plovdiv. His wife, Susan, died of typhoid fever less than a month later.

The community, however, was strong enough to survive. When plans to build a proper church were approved, it was constructed near the Meriams' graves. Their tombstones still stand in the yard of this outstanding building, with its unusual Gothic atmosphere.

The church, a very unusual New England kind of sight in the middle of the Balkans, doubles as a community centre for the Evangelical community in Plovdiv and is also used by another Protestant denomination, that of the Armenian Evangelical Church.

Plovdiv boasts the second largest Jewish community in Bulgaria and the only functioning synagogue in the country outside Sofia. It is hard to visit, though, as it is open only on Shabats and religious holidays.

Although the first evidence of Jews in Plovdiv dates from the 3rd Century, the present community is descended from a blend of Romaniote Jews, who lived here in the Middle Ages, and Sephardim, who arrived in the 16th Century.

The synagogue was built on the place where a previous Jewish prayer house stood, in the heart of the Jewish neighbourhood of the city. It boasts marvellous wood-carved Aron ha-Kodesh and decorations, all restored with American funding in the 2000s. The yard also has a midrash, buildings for meetings and a memorial plaque to the memory of the Jews who died fighting in the partisan movement of 1941-1944.