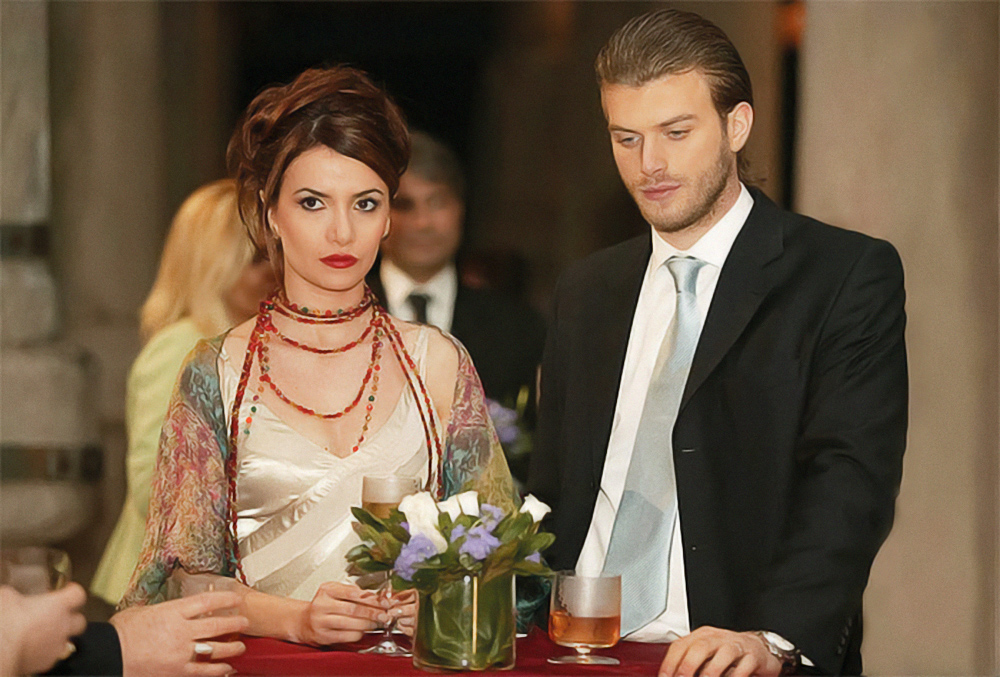 Bulgarian pensioners in their thousands have become glued to Turkish soap operas and numerous travel firms (presumably unregistered) now offer trips to the colourful locations and sets where these passionate stories are filmed. Each advertisement, of course, hints at the chance of meeting the stars in the flesh.

It's enough to make Ataka leader Volen Siderov require new teeth to gnash. Just as he had established in his recent election campaign that Bulgarian grannies love him, he finds himself forsaken and forlorn. As he jumps up and demands public apologies and financial reparation for the 500 year "Turkish Slavery," so he finds his very supporters have embraced a new slavery, as they sit engrossed in the latest twists and turns of the Turkish plot.

The full horror is beginning to sink in. While SKAT TV, the mouthpiece of anti-Turkish sentiment in Bulgaria, has installed recruits in town squares to gather signatures to ban Turkish-language news on TV, Bulgarian viewers watch Turkish soap operas in wonder. Could it be that Turks do not sprout five serpent heads with fezzes and teeth dripping houses are rather nicely furnished, their estates clean and rubbish free? Why aren't the women covered from head to foot? Why aren't they wearing shalvari? Good heavens – these Turkish women have hair! No wonder Ataka and SKAT sense an evil propaganda campaign. The Turkish government must be behind these soap operas. They want Bulgarians to think that Turks are just like them – only more prosperous.

In Tears by the Bosporus, Lale is diagnosed with brain cancer. Convinced that she is going to die and unwilling for her husband and children to suffer, she disappears with the help of her long-time doctor admirer. Her abandoned the children and of course they fall in love and marry. Soap opera fans can guess what happens next. Pearl has a similar return-from-the- dead motif. This time it's Mehmed who visits his girlfriend's grave, desperate to expiate the guilt of having caused her death in a car crash. Little does he know that, seated in a nearby wheelchair…

Well, I thought I'd seen it all, until a cousin introduced me to Marriage With a Foreigner. This must be the most ambitious and mischievous Turkish production yet. It feeds on every Balkan prejudice and it's funny. The plot hook is simple – girl from prosperous family of master baklava maker falls in love with Greek son of diplomat. There couldn't be a story more likely to appeal to the Bulgarian viewer who, of course, understands every Balkan nuance. There's the Turkish grandfather, chaining himself to a statue of Ataturk and proclaiming that he will never give his grand- daughter to a Greek. There's the girl's father, feeling increasingly uncomfortable as he is told that baklava, lokum and Turkish coffee are Greek. There's the Greek mother who cannot pronounce Istanbul, but must call the city Constantinople. There's the presence everywhere of the younger generation wanting to forget the past.

Of course, it is the stereotypes created by versions of the past that SKAT and Ataka want Bulgarians to remember – the 500 years of brutal slavery. Turkey must be punished and, of course, Ataka fervently believes that every Turk is desperate to get into Europe. Recent statistics prove the opposite. Keep Turkey out of Europe was Ataka's main slogan in the recent European election campaign. French, German, Italian and, perhaps more importantly, Turkish opposition to entry naturally fades into insignificance beside Ataka's brave stand.

In contrast to divisive nationalist campaigns, Turkish soaps remind viewers of their common background. Attitudes displayed in these programmes are exaggerated but the final message is clear. You can keep Turkey out of Europe but you can't keep her out of Bulgaria.