THE IMPORTANCE OF TOLERANCE | VAGABOND Skip to main content

THE IMPORTANCE OF TOLERANCE

Through the entire history of our existence as Jewish people there have been numerous attempts to destroy us as a nation. 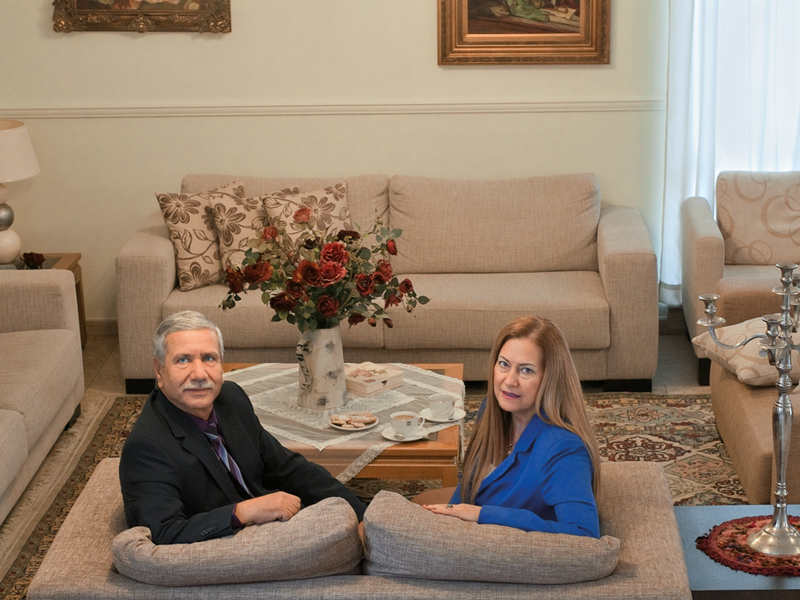 At various times we have been targeted as scapegoats, in order to divert the attention from the errors and crisis situations produced by different regimes; or we were singled out because of envy, as often we were people with special skills, abilities and influence. But most often we were attacked simply because of the fact that we were Jewish.

Very often we have been targeted for intentional mistreatment because we were a minority: different from others in terms of religion, outward appearance, social and economic status. In many places around the world we have been perceived and treated as outcasts. At times, policies generated by leaders to strengthen their own positions urged readiness to sacrifice the Jews as a tool for achieving entirely different purposes. On other occasions, we have been the scapegoats of different failed policies.

There is no doubt that such actions are the favoured tool of totalitarian regimes and political systems where societies are weakened and citizens are discouraged from reacting or thinking independently. Nevertheless, even in the darkest periods of history, exceptions are possible. This was the case with Bulgaria during the Second World War. The Bulgarian people acted, motivated by high moral values, tolerance and solidarity, to oppose their government's decision to participate actively in the execution of the "Final Solution."

The mass killing of Jews and other minority groups elsewhere demonstrates clearly what can happen if societies remain inactive and dispassionate, if they are intolerant.  Tolerance is a short word with a huge meaning. Tolerance is essential in every place, organisation and country. It is decisive for the relationship between human beings and nations alike. Every time when we witness tragedies that lead to humanitarian disasters, we find out that tolerance was missing. Its key components – patience and readiness for dialogue – were not there.

The course of human history, wars, the establishment of national borders, the creation of nation states – all of those have led to the dispersion of peoples, communities and individuals around the globe. Migrants become refugees and then minorities in the countries they settle in. In their new homelands, they are often perceived as culturally different – by their mentality, language, dress code and religion. Only in a handful of countries they are accepted as equals. In the countries where human values are cherished, the civil rights of the individual are guaranteed by law. It is obvious that to achieve that the authorities and the people must make an effort, must be willing to accept the different as equals among equals, to recognise their problems and to act together to find pragmatic solutions.

Unfortunately, the world has not yet fully learned the tragic lessons of the Holocaust. Lack of tolerance and human values still plagues modern reality. Sadly, even today, even in Europe there is still antisemitism, whose most recent insignia much resemble those from 80 years ago. According to the statistics, there is a 30 percent increase in antisemitic events in Europe. Some of those are expressed through ideologically motivated actions such as marches, parades and so on, often conducted by youth organisations. We see the creation of different political parties with fascist ideology. At the same time we have the operations of islamist organisations that conduct terror operations, using the existence of the State of Israel as an excuse to attack Jews and others. We see attempts by some to ban religious practices of great importance, such as circumcision or the ritual slaughter of cattle. This shows us that antisemitism is still alive in Europe. Even here, in Bulgaria, sometimes we witness events that make us twitch and worry for the future.

The rise of antisemitism and xenophobia in its different dimensions, such as physical assault, threatening behaviour and vandalism, must make us all worry for the future. It is sad because it poses a serious threat for stability – economically, socially and security-wise.

It is a well known platform for the establishment of totalitarian regimes that are never easy to dismantle once they come into existence.

Therefore, we must never accept the features of antisemitism and xenophobia, big or small as they come. Fighting antisemitism and xenophobia in general strengthens and supports the core values of democracy. Every modern state has the capabilities to conduct this struggle. All we have to do is act with confidence, show sensitivity. It is up to us, as members of free societies, to inspire laws that curb racism and to ensure that those laws are enforced properly. We must stop turning a blind eye to grotesque scenes of hatred, we must encourage victims of xenophobia to come forward. We have the power to outlaw all political entities that preach fascist and xenophobic ideologies.

We have to make sure that our politicians do not stay passive in front of those threats to democracy, that our law enforcement agencies correctly identify and deal with the outrages. We must do our best to teach tolerance, mutual respect, democratic values and pluralism. This is how every member of our society will be protected.

Together, we can work hand in hand in the present to achieve a future of stability, prosperity, tolerance and justice – the best present that we can give the generations of the future.