GYPSIES AT THE GATE | VAGABOND Skip to main content

GYPSIES AT THE GATE 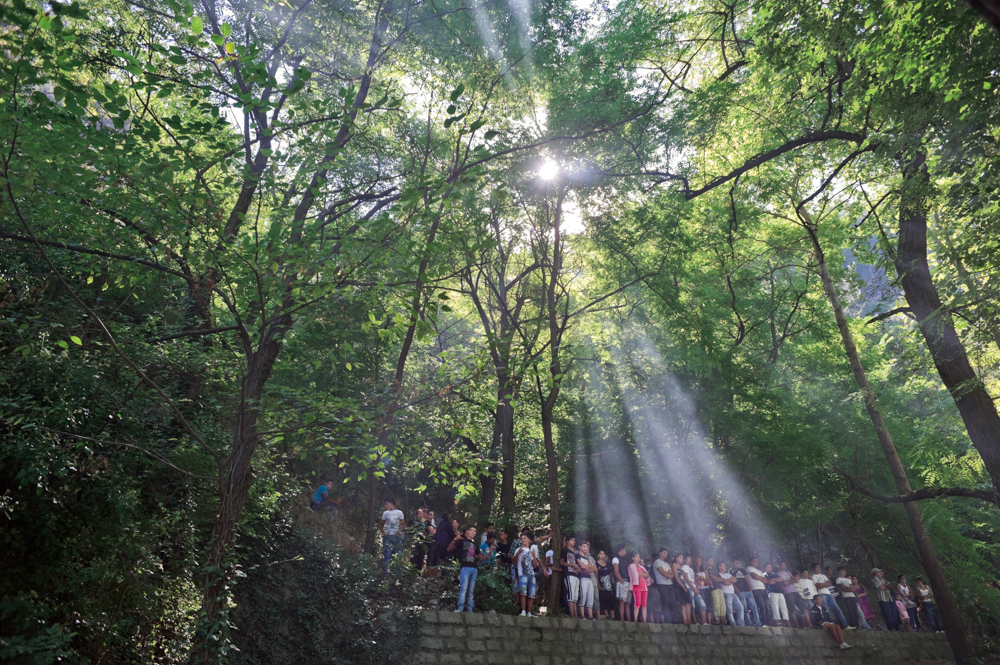 Visiting Bachkovo Monastery, the second largest in Bulgaria, on its patron saint day, 15 August, is a chaotic experience.

Travellers may be somewhat prepared for the traffic jam which extends almost from Asenovgrad to Chepelare, in the Rhodope, on a narrow and winding road. The monastery is dedicated to the Assumption of the Virgin Mary and inevitably attracts crowds of believers on that particular date. Their numbers are boosted further by the belief that spending the night in the meadows around the monastery on the eve of that day heals diseases and works various other miracles. 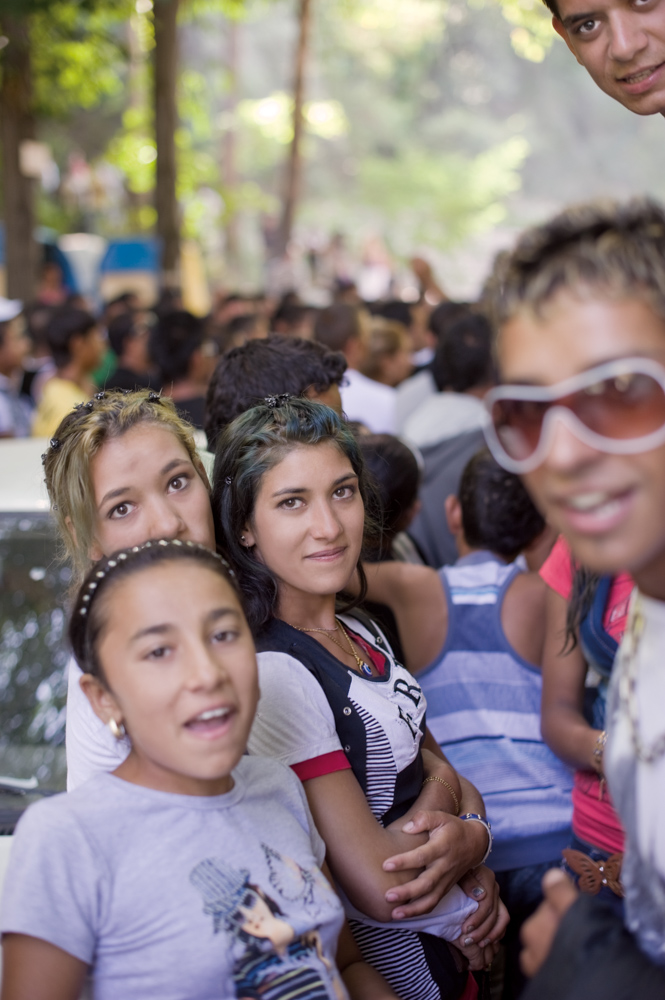 However, what inevitably surprises visitors coming unprepared to Bachkovo Monastery on 15 August are the Gypsies.

They gather in the monastery parking lot and the surrounding meadows, filling them with cars and creating makeshift camps.

They are also pilgrims. Like everyone else, they scour the souvenir stalls selling icons and supposedly home-made jams on the path to the monastery. They too buy crosses and icons and skip the jams. They queue to enter the monastery, to buy candles, to enter the main church, to kiss and pray at the icon of the Holy Mother, believed to have miraculous powers. Then they go out and queue to fill empty mineral water bottles with holy water, distributed by some bored monk.

Some of them join another queue, too. It is in the south yard of the monastery, in front of the 19th century St Nikola church, where serial baptisms – usually of girls called Maria – are taking place. 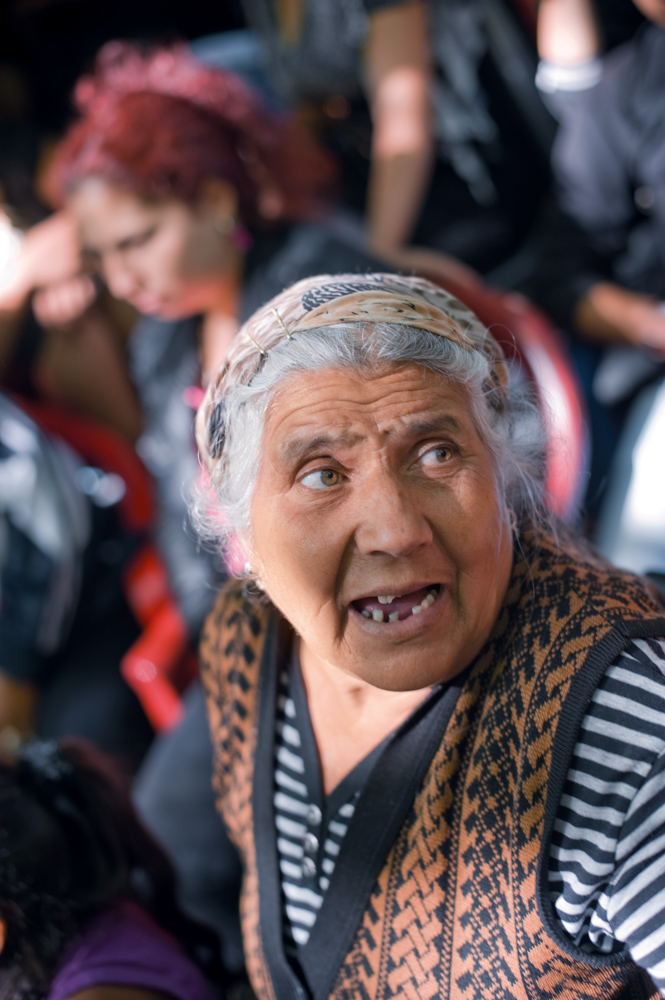 About half of Bulgaria's Gypsy population is Eastern Orthodox Christian. Bari Bogoroditsa, or the Assumption of the Virgin, is one of their biggest feasts. Others are Bango Vasil, or St Basil's Day, on 13 January; Ederlez, or St George's Day on 6 May; and of course Easter. According to the Gypsy tradition, the feast of the Assumption should be spent visiting a church dedicated to the Virgin Mary. There the family prays for the health of their children. Lamb is the communal food, if the family is wealthy enough. Whatever meat is on the table, however, there is a strong taboo on anything roasted – on the Assumption only boiled food should be eaten.

Understandably, Bachkovo Monastery attracts the greatest crowds for Bari Bogoroditsa. Every Christian Gypsy who can afford it packs his family into a car and joins the camp around the monastery, which effectively turns the meeting into one of the biggest Gypsy events in Bulgaria. It lasts for three days.

There is, however, another reason for the popularity of the Bachkovo Monastery gathering. It is also used as a time and place for matchmaking, or a bride fair.

Most of the Gypsies attending the event belong to the Kalaydzhii clan. The majority of them still lead the semi-nomadic life of their forefathers who, until recently, used to roam the villages and the provincial towns repairing tin cauldrons, pots and pans. Nowadays few of them keep the old craft alive, but the more enterprising have found another niche and become itinerant cattle merchants. Their nomadic lifestyle, however, has left them scattered throughout the country, making partner-finding from the clan difficult. The annual gatherings in Bachkovo and on the moveable feast of St Todor's Day near the village of Mogila (see here) fill this gap in their social life. Being together is a chance for young people to meet a partner. The girls try to look their best, wearing gold jewellery, applying bright lipstick and adopting daring hairstyles, as those with long and healthy hair are considered more beautiful. The boys and their families enquire whether the bride is a virgin and what the price for her is. 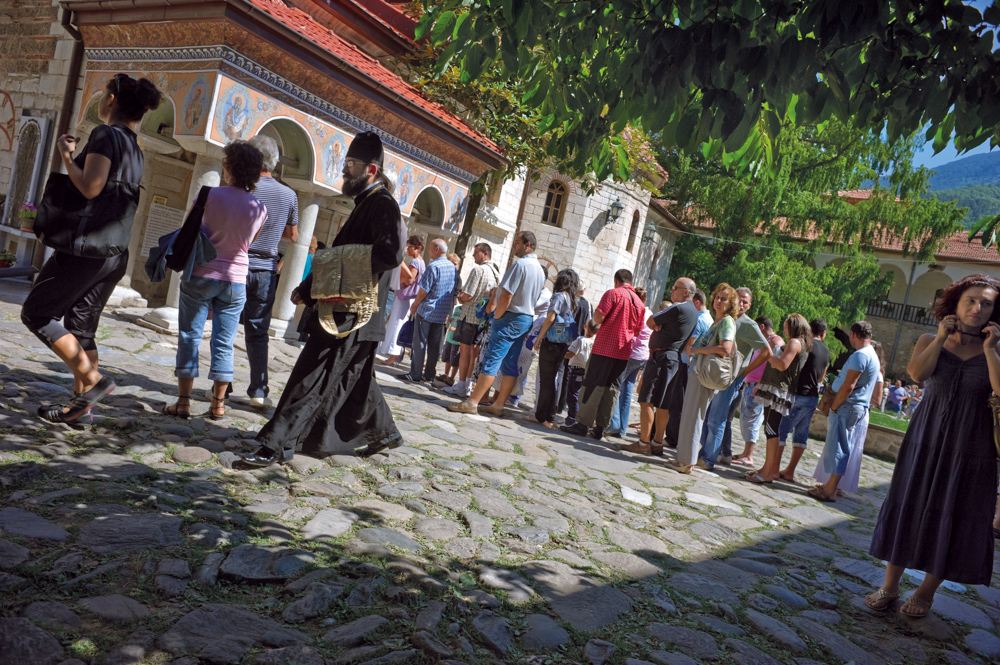 The term "price" has nothing to do with slavery. Girls are completely free to say yes or no to the offer of a future husband. Sometimes, however, a price too low from that required by the girl's family can result in bitter tears and sad memories for the youngsters.

The gathering produces the inevitable noise and litter, and not everyone is happy about it. When braving the crowds on the way to the monastery one can easily hear Bulgarians complaining that the Gypsies have ruined the sanctity of the place with their chatter and the chalga music booming from their cars.

Bachkovo Monastery, however, has already gained notoriety as a once beautiful place now turned into a heaven of kitsch and commercialism.

This has nothing to do with the Gypsies, but everything to do with the stalls selling religious trinkets on the approach to the monastery. The outdoor grills in the restaurants fill the air with a thick aroma of kebapcheta. Chalga is on the playlists almost everywhere.

After entering the monastery the visitor is keen to forget these annoyances, and the complex is indeed charming. Nested on a picturesque bend of the Chepelarska River, it was founded in 1083 by two Georgian aristocrats in the service of the Byzantine emperor. Throughout the centuries, Bachkovo Monastery amassed many treasures. The ossuary preserves murals from the 12th Century and a true rarity – a portrait of the Bulgarian King Ivan Alexander (1331-1371). The St Archangels and St Nikola churches are adorned with frescoes of 19th century artist Zahariy Zograf.