The result of centuries of violent storms embedded in the consciousness of seafaring nations, the name of the Black Sea should not be taken literally. Its waters are not black, but mainly dark blue or lead grey, depending on the weather and the season.

Yet in June the Black Sea turns a vivid green, a colour you'd expect to see at an exotic tropical beach. Last year the change was so dramatic that it was visible from space. A NASA composite satellite photo showed the Black Sea's deep blue heart covered with swirls of turquoise.

How does this happen?

Algae bloom, say the scientists. After analysing samples, Bulgaria's Institute for Oceanology attributed the 2017 bloom to Emiliania Huxleyi. This phytoplankton from the coccolithophores group is common all over the world's oceans. Limestone scales cover its body and, reflecting sunlight, turn the water turquoise. The reason for the 2017 bloom remains elusive, tangled up in the intricate relationships between sea and land ecosystems, the presence or lack of some nutrients and predators, the water temperature and so on.

Scientists say that blooming Emiliania Huxleyi is not harmful to humans or marine life.

However, as so often happens in Bulgaria when something unfamiliar grabs the popular attention, the 2017 bloom turned into a maelstrom of alternative theories, "alternative facts," alarmism and fishermen's tales. Misinformation spread over the Internet, copy-pasted from its original source by websites of dubious quality. 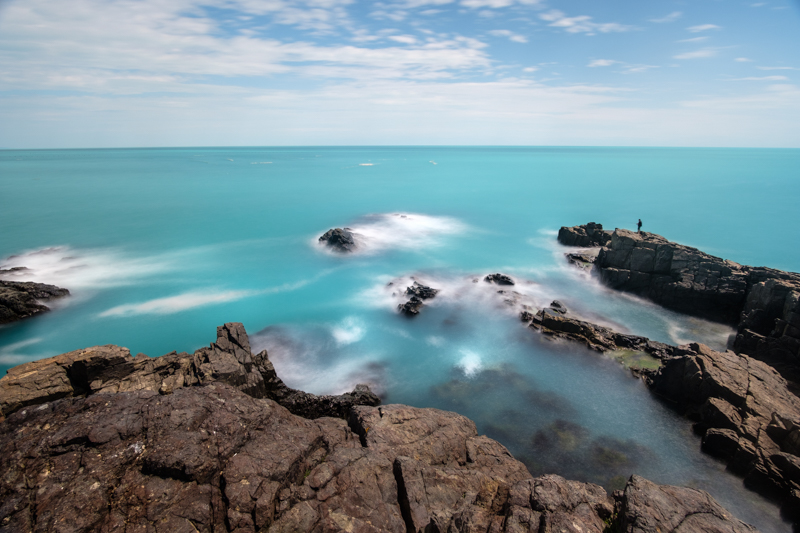 According to some hypotheses, the 2017 bloom was caused by a species that is "half-plant and half-animal," the Exuviela Marina. The first Exuviela Marina bloom in Bulgarian waters, these articles claimed, was registered in the 1930s. Back at that time, the plankton bloomed every 15 years. It deprived the water of light and was connected with decreased levels of oxygen and increased levels of nitrogen, devastating the ecosystem to such an extent that it needed another 15 years to recover. Since the 2000s, the articles claim, the Exuviela Marina has began to bloom seven times a year. The reason is the pollution of the Black Sea with artificial fertilisers brought by the Danube and the other rivers. So far, the Exuviela Marina's bloom has led to the extinction of 31 vertebrate species in the Black Sea, sea needles, seahorses and Black Sea mackerels included.

All of these are tall tales, according to Professor Snezhanka Moncheva, Director of the Institute for Oceanology and a plankton specialist. The Exuviaella Marina has been living under a new name for some time, although taxonomists still debate on whether it should be Prorocentrum Cordatum or Prorocentrum Minimum. Whatever the name, the species does not bloom each 15 years, nor seven times a year. It doesn't cause the apocalyptic devastation described in length in the 2017 articles, either. The accumulation of organic particles on the seabed, connected to blooms, can indeed harm the ecosystems, but it is all temporary. As blooms cover only restricted areas, other species simply migrate to clearer waters. When everything goes back to normal, they return to their usual habitat.

Both sea needles (Syngnathidae) and the seahorse (Hippocampus) are still in the Black Sea. The Black Sea mackerel (Scomber Scombrus) is indeed not found anymore or makes a rare appearance in its year-round migration. Its absence from Bulgarian waters, however, is the result of overfishing in the 1950s-1980s.

Hacks and bots spreading content on the Internet are not the only ones peddling their version of the truth to anyone eager enough to listen or to click on a catchy headline. Fishermen interviewed about the 2017 bloom painted a picture so contradictory that one starts to wonder whether these people live on the same shore, or the same planet. Some fishermen backed the scientists, saying that the Black Sea turns green in June on a regular basis. Their fishing was fine during the event. Others, however, declared that 2017 was the first time they had seen such a phenomenon in their decades-long careers. It was bad for the fish, which became dizzy from the lack of oxygen or fled to non-infested waters, they said. Another school of thought attributed the lack of fish during the algae bloom to the muddied waters: the fish cannot see our bait, they said. 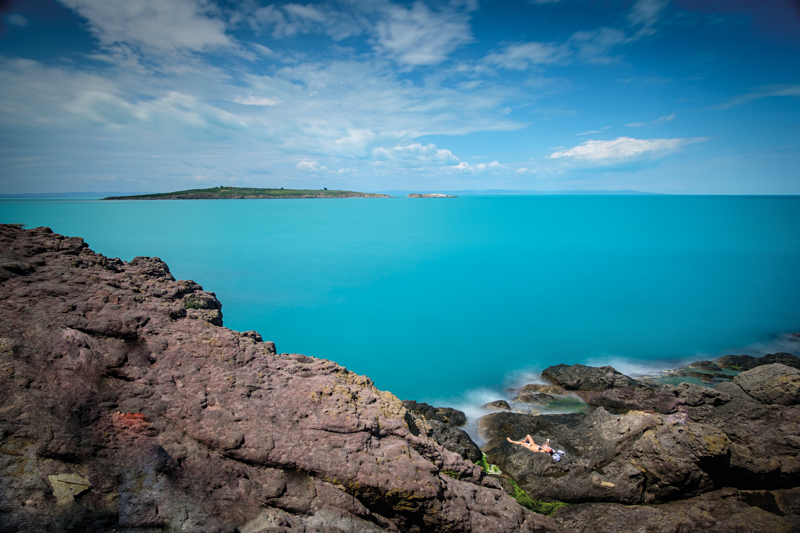 A conspiracy theory appeared as well. According to it, the green Black Sea had nothing to do with phytoplankton and ecosystems. It was the result of military exercises by the Bulgarian Navy. The chemicals in their munitions changed the colour of the water, but they were harmless, the champions of the theory claimed, probably hoping not to damage their businesses.

In a limestone shell, "alternative facts" do not exist only where politics are concerned. In the muddied waters of Bulgaria's media reality, anything is fair game in the war for clicks and views. Including the algae bloom.