Thessaloniki offers a quick escape from the Bulgarian routine 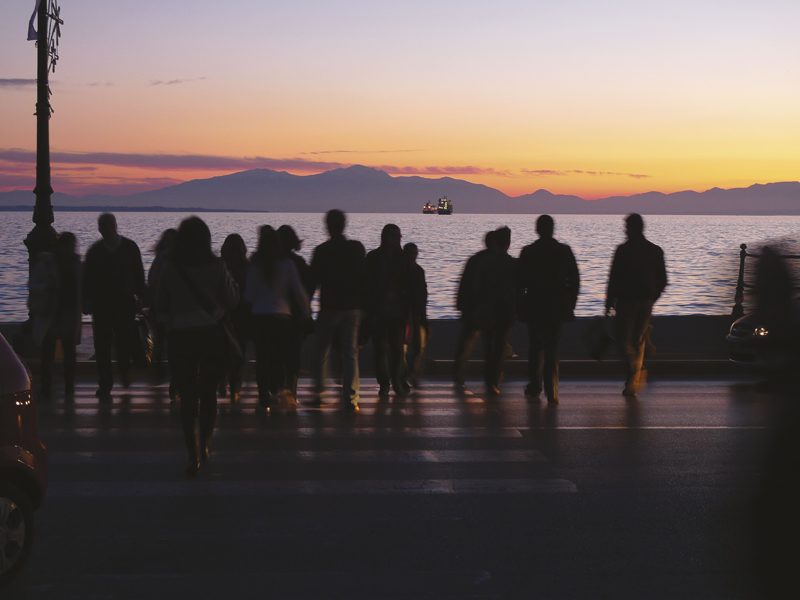 Forget the summer. The best time to visit Thessaloniki is the cold months, when the Aegean weather is mild and the air is fresh and salty from the sea. A short drive from Sofia, Greece's second city will give you everything you might be missing in Bulgaria at this time of the year: sunshine, fresh fish, and an exciting shopping experience both in the department stores and the open-air market.

The city spreads along the coast of Thermaikos Bay and curls around the feet of the nearby hills, and the best bits to explore are squeezed along the promenade.

Thessaloniki's promenade is a source of interest in its own right. Boasting a view of Mount Olympus on clear days, it is lively, friendly and filled with the sense of open space. Here, you can just take a stroll, have a cup of espresso in the overpriced cafés, visit an exhibition in the recently reconstructed parts of the old pier and, if it happens to be open, you can climb the White Tower for an even better view of Mount Olympus. Built in 1430, the tower is one of the few surviving remains of the Ottoman fortifications of Thessaloniki, and has gruesome history. It was used as a prison, and was the place where Janissaries were killed when the sultan finally decided to dismantle their deeply anachronistic military unit. 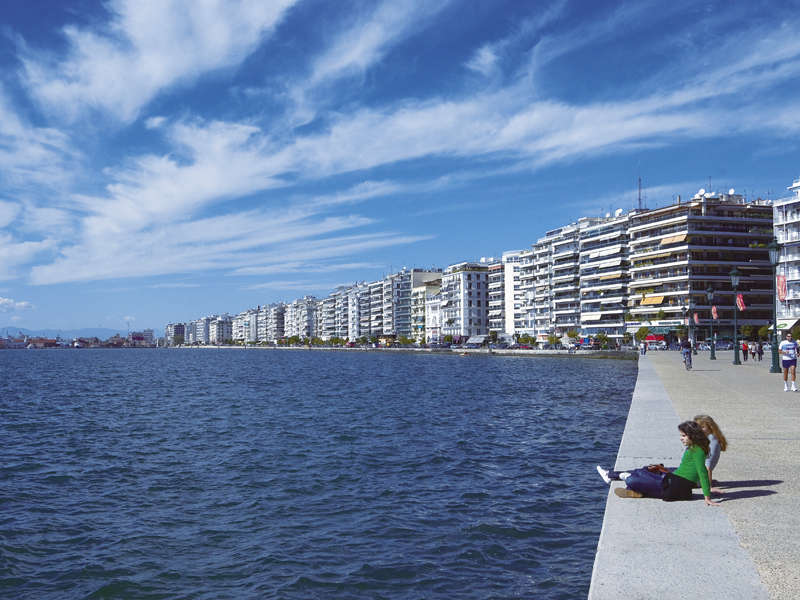 Today the tower is a fine interactive museum dedicated to Thessaloniki's past. If you want to learn more, however, you should leave the tower and start walking.

Founded in 315 BC by the Macedonian King Kassander, Thessaloniki has been under Roman, Byzantine and Ottoman rule, but it was also a city of different races, among which Greeks, Turks, Jews and Bulgarians were the most prominent.

The Archaeological Museum and the Museum of Byzantine History tell this story in gripping detail, offering one of the best museum experiences in the Balkans. For even more, go to the small but poignant Jewish Museum, dedicated to the local Jewish community and its members who lost their lives in the Holocaust.

The best bits of historical Thessaloniki, however, are scattered around the city's busy streets. 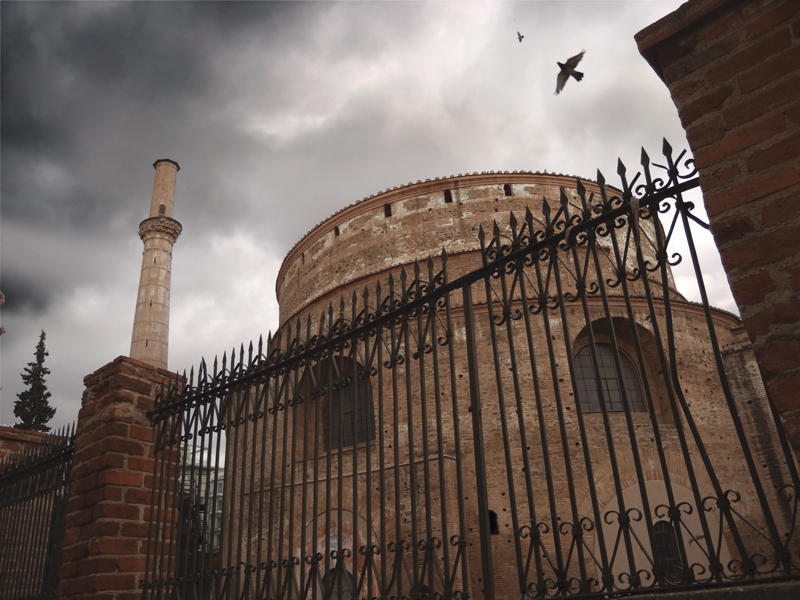 The Rotunda was probably built as a mausoleum for Emperor Galerius

Built of stone and bricks, its reliefs eroded by the elements, the Arch of Galerius was built by thе Roman emperor to celebrate his early 4th Century victory over the Sassanid Persians. It is still an imposing sight, rising among the bustle of the modern town.

The nearby Rotunda was also built by Galerius. Part of a larger palace complex, it was probably designed as the emperor's tomb. When Christianity prevailed as the official religion of the empire, the Rotunda became a church. The Ottomans turned it into a mosque soon after they captured the city in the 15th Century, and when Thessaloniki became Greek in 1912, the mosque became a church again. It is now a museum, offering glimpses of fine mosaics decorating its cupola.

Few visitors are aware of this, but the Byzantine heritage of Thessaloniki is a UNESCO World Heritage Site. The most impressive of these churches is St Demetrius, built in the 6th Century and still preserving some of its fine medieval mosaics. Another place worth a visit is St Sofia Church. Architecturally based on St Sofia in Constantinople, it is a dark, cavernous space filled with the smell of incense and the distant glitter of medieval mosaics. 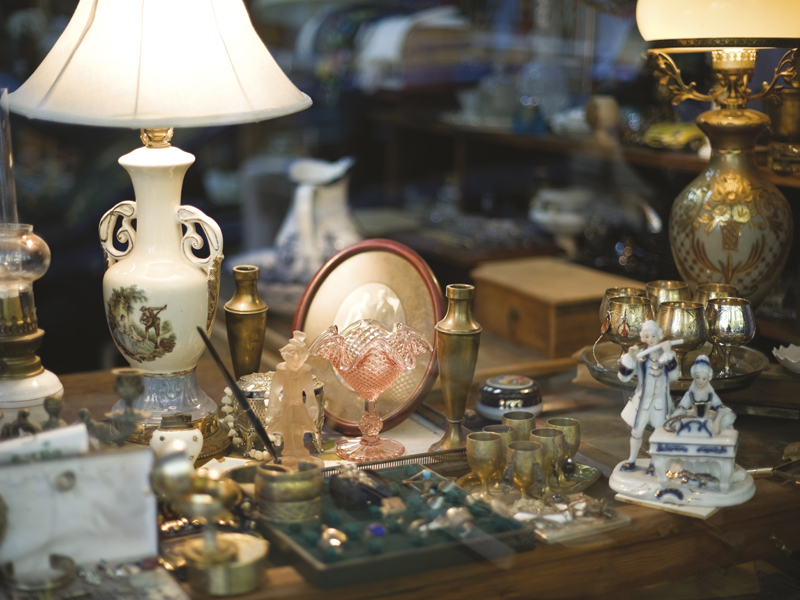 More Byzantine churches are scattered along Thessaloniki's streets, their characteristic brick façades popping up here and there amidst the hectic life of the modern city. Here and there some mosques and the remains of Ottoman baths are preserved, additions to the multi-cultural vibe of Thessaloniki.

While the central parts of the city are filled with fine Secession buildings and nondescript apartment blocks from the 1950s-1980s, some charming houses from the 19th Century are preserved on the Ano Poli hill. At the top of the hill, another marvellous vista over the bay awaits you, along with the tourists who have come to see the remains of the old citadel.

Thessaloniki is not just about sightseeing, however. It is about living, and this is what makes the city a place without a rival in the Balkans.

History and historical sites do not deaden the life of the streets, and Thessaloniki breathes, and talks, and laughs, and honks with the sounds of people and cars crowding the streets, the cafés and restaurants, the open air market and the covered market, the immense Aristotelos Square.

This ordered chaos is the city's greatest charm, and well worth braving. It is probably why a fresh fish eaten in a local taverna, a cup of salep, or orchid brew, bought from a street seller, a walk on the promenade and a browse in the flea market are all experiences which stick in the memory, compelling you to return, time and again, to Thessaloniki, the city of pleasure. 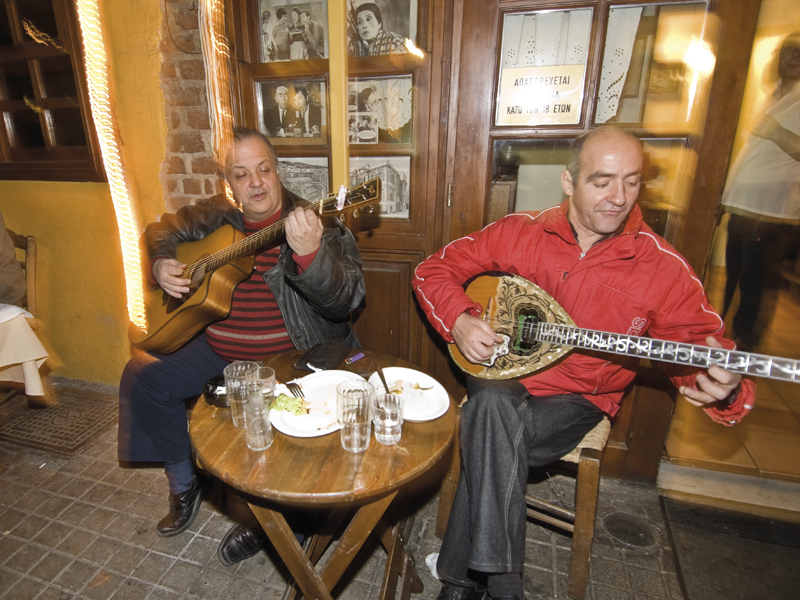