WHAT'S IN A NAME?

A few weeks ago you used to stroll in the Oborishte Park in Sofia. Now you find yourself heading for the Zaimov Park

Changing street names might be an odd elections tactic, at least seen from a Western standpoint, but Bulgarian politicians won't stop at anything, not even digging up grandpa's grave, to discredit a political opponent. In October, the Sofia City Council, acting on a proposal by a councillor for the ruling BSP, or Bulgarian Socialist Party, passed a resolution to re-rename one of the few pieces of green in central Sofia – the square acre surrounding the Sofia Theatre. Under Communism, the said park was named after General Vladimir Zaimov, a senior Bulgarian soldier who had been convicted of spying for the Soviet Union and executed in 1942. In the early 1990s, the park was renamed “Oborishte”, an area in the Sredna Gora Mountain, where the decision for the 1876 April Uprising against the Ottomans was passed. Now we are reverting to the Soviet spy.

Fortunately, the name of the popular theatre remains unaffected. Who stands where in this name game is a slightly schizophrenic issue, especially when you consider that Bulgaria was an ally to Nazi Germany when Gen. Zaimov was executed, and particularly when you will now have a Boris Garden (named after the Bulgarian king who oversaw Zaimov's trial) and a park named after the victim himself.

Why the Sofia councillors acted in this way will become clear towards the end of this article, but let us first consider the street map of the city that “grows but never ages”.

Visitors to Sofia may have had a friend who used to live in Edinayseti Kongres na BKP (“11th Congress of the Bulgarian Communist Party”) Street. Looking for No. 20 Zvenovod (“Unit Leader”) Street? Where is the park in Velikiya Prelom (“The Great Turning Point”) Street? Or do you need Lyubo “The Serb” Kartalev Street? How about Militsionerska (“Militiamen's”) Street?

Innocent victims of the whims and quirks of both history and politics, Sofia's boulevards, squares, streets and corners are still undergoing their own “Revival Process”. Many of them have had their names changed several times since 1944. From 1944 to 1989, it was the sworn duty of every street sign to glow with the spirit of Communism. Thus, they were given the names of a number of dignitaries from the “fraternal peoples” of the Warsaw Pact. Examples include Marshal Tolbuhin, the commanding officer of the Soviet troops who marched into Bulgaria in September 1944 (whose name the town of Dobrich also used to bear); Czech Communist leader Klement Gottwald; and Ernst Thälmann, the leader of the German Communist Party during the Weimar era.

Eminent functionaries of Bulgaria's Communist movement were also well represented, with Marco Friedman Street (named after one of the plotters of the 1925 bombing of St Nedelya Church) and Vasil Kolarov Street (Comintern leader and Bulgarian prime minister from 1949 to 1950), among others.

The megalomania of the then-ruling class did not spare the country's institutions either. Signs bearing the names of its most illustrious members adorned such establishments as the Valko Chervenkov Higher Institute of Medicine (now called Aleksandrovska Hospital), the Karl Marx Higher Institute of Economics (the predecessor of the University of National and World Economy), and the Georgi Dimitrov Higher Institute of Physical Education (which is now the Vasil Levski National Sports Academy). 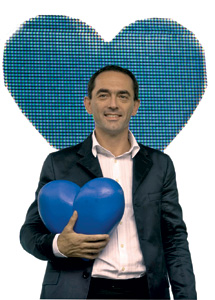 Some figures were even so revered that whole towns were named after them. The Russian biologist Michurin is better known in Bulgaria as the namesake of the small Black Sea town of Tsarevo, rather than for his hybrid plants' experiments. For years on end, the town of Dupnitsa rather reluctantly bore the name of Stanke Dimitrov, another of the St Nedelya Church bombers.

The job of renaming hundreds of streets in order to honour as many “heroes of Communist labour” as possible was no mean feat. Just imagine the amount of effort put in by an entire department of clerks, who were charged with “perfecting” the place names in such a way as to make them sound even more Russian than the ones in Russia. The mental exertions of these experts brought forth such names as Bulgarian-Soviet Friendship, Airplane, Communist, Hammer and Sickle, Socialist Victory, Red Star and so forth.

After the fall of the Todor Zhivkov regime in 1989, these same streets occupied a new generation of clerks, whose task was to coin new, more “democratic” names – ones that did not call to mind the recent past. The old signs were replaced with new ones, city maps had to be reprinted, and taxi drivers became more confused than usual.

Thus, over the past 50 years, many of the citizens of Sofia have changed their addresses twice – or even three times – without ever having moved from their homes.

Now let's take a walk in the Zaimov Park. The real issue is that Gen. Zaimov was the maternal grandfather of Martin Zaimov, the banker and rightwing candidate for mayor of Sofia, a joint candidature of the SDS, Union of Democratic Forces, and the DSB, Democrats for a Strong Bulgaria. By acting the way they did, the BSP city councillors, supported by most other anti-SDS and anti-DSB members, wanted to show to Zaimov's supporters that he could not possibly be sufficiently rightwing because he had a grandfather who hadn't been.

Martin Zaimov had from the onset opposed the renaming. His father, however, is rarely mentioned. He was Michael Goldsmith, the British journalist who spent 45 years with the Associated Press. Not enough political meat in him.

In Sofia, Anushka Dragieva Street, named after a Communist activist, has become Krusha Planina (“Pear Mountain”) Street, named after a mountain range located in what is now Macedonia. Atanas Misketov Street (?) is now Zagrebska (“Zagreb”) Street. Boychinovski Boy (“Battle of Boychinovo”) Street has been transformed to Dechko Uzunov Street, in honour of the prominent Bulgarian painter.

Barikada (“Barricade”) Street has rather ironically been rechristened “Clear Skies”. Spanish Revolution Street has been renamed after a man, for no apparent reason: Prince Ivan Kulin, one of the leaders of an 1850 rebellion. Meanwhile, a street named after a man, Emil Shekerdzhiyski – a member of a Kyustendil guerrilla detachment – has been converted to a locality, Sheep's Meadow Street.

Makarenko Street, honouring a Soviet pedagogue who invented a method of educating children by means of force, has been rechristened after Yakov Kraykov, the first professional printer in Bulgaria. Youth Street has been renamed in honour of Christopher Columbus, and the grandiloquent Machine-Building Street has been simplified to Railway Station Street. As if to ensure its immortality, Novakovska Bitka (“ Battle of Novakovo”) Street has become Permanency Street.

A whole family, the one honoured by Semeystvo Michon (“Michon Family”) Street, has been replaced by a single person; Mara Belcheva Street, a Bulgarian poetess, who wrote before the First World War.

Even victory – Socialist Victory Street – has become a fragile woman: Mara Buneva, a functionary of the Internal Macedonian Revolutionary Organisation who committed a suicide attack on the prosecutorgeneral of Skopje. Stoyan Lepoev Street has been brought back to life as Resurrection Street, while the hammer and sickle of Surp i Chuk Street have metamorphosed into Teodor Teodorov, the prime minister of Bulgaria from 1918 to 1919.

Rather confusing, isn't it? Tintyava (“Gentian”) Street has been renamed Earthen Street, while Felix Dzerzhinski Street, named after the Polish-born Soviet Communist and founding father of the KGB, is now called Gentian Street. And the state secret has finally been revealed! The former Password Street is now Bozhko Dimitrov Street(?)...

Our favourite? The Heavy Tank Street. It is now called “Hope”.


GOOGLE DOODLE
Google Earth, the Internet service that has millions of jaws dropping all over the world, may be fast in adopting the latest in cutting-edge technology but is too slow for the Bulgarian renaming process. It still lists the 2,626 metres above sea level Belmeken Peak, in the Rila Mountain, as “Kolarov”.


BULGARIA, BULGARIA
Before the Second World War, the section of Bulgaria Boulevard north of Eagles' Bridge was called Hitler Boulevard. Logically, the southern section was named after Benito Mussolini. The Communists ousted Mussolini in favour of Klement Gottwald Boulevard, the name officially in use until 1990. Until the mid-1980s, the part previously named after Hitler bore the name Evlogi Georgiev Boulevard, after which it became Bulgaria Boulevard. Further adding to the confusion, the rechristening of this major urban artery – known to Sofia residents simply as “The Canal” – was accompanied by the renumbering of the addresses along it.

Yet, some names wouldn't change. A whole city in southern Bulgaria, Dimitrovgrad, is still named after Georgi Dimitrov. It's like having a city in Germany called Goebbels...


WORLDWIDE TREND
The “democratisation” of geographical names is not only a Bulgarian phenomenon – the world map abounds with similar examples. The spectre of Leningrad still haunts St Petersburg. New York was once called New Amsterdam. Since 1995, thousands of tourists have been visiting Mumbai instead of Bombay, and the South African authorities are still undecided between Pretoria and Tshwane.
In other places, the names of whole countries have changed. Not only did the capital city of Rangoon become Yangon, but the state formerly known as Burma is now called Myanmar. Now answer this one fast! Where is the Democratic Republic of the Congo and where is the Republic of the Congo?