The pun is unintended and probably bad, but if you can't pronounce the headline of this article you are unlikely to understand what is really going on in Bulgaria under Boyko Borisov and Tsvetan Tsvetanov.

It is a commonplace that every nation has a concept that it holds dear to its collective heart, but which is scarcely comprehensible to the outside world, partly because the word describing it is difficult if not impossible to translate. Take hygge away from the Danes, or vogue from the French, or dolce vita from the Italians, or kefi from the Greeks and that will be like depriving the Germans of Backpfeifengesich, the Italians of Qualunquismo or the Americans of, well, chutzpah.

Militsionershtina is one such defining concept for Bulgarians. Probably the closest English translation of militsionershtina (the stress is on the fifth syllable) would be "police state" but, because we are in the Balkans, minus the efficiency.

However, a literal translation hardly does justice to this unique Bulgarian concept. To understand it fully, one needs to consider its origins, its chief characteristics and the mentality of the people who are implementing it in Bulgarian public life. 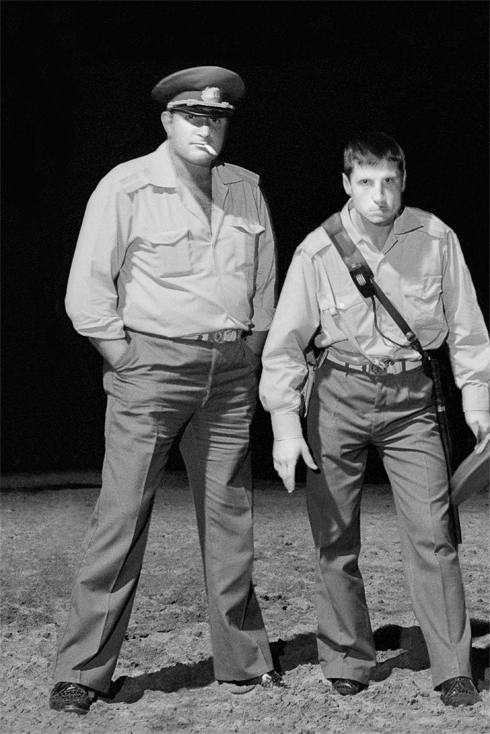 A militsioner, or militiaman (another literal but wrong translation), was a member of the Narodna militsiya, or People's Militia, as the law enforcement agency was called from the late 1940s up until the collapse of Communism in the early 1990s.

Bulgarian Communist-era militsioneri were generally simple, working-class or village lads whose parents thought their best chance of getting on in life would be to put on that gold-buttoned uniform and round hat, and thus secure a relatively well-paid job for life, early retirement included. The militsioneri were sent to a special militarised school where they were supposed to acquire the knowledge and skills required of a militsioner. These included having a driver's licence, taking a course in Marxism and the history of the Bulgarian Communist Party, acquiring the expertise to load and unload a gun, as well as the general chores associated with a military establishment such as marching drills, cleaning the dorms and kindling fires in plywood stoves in wintertime dorms.

Understandably, the militsioneri, who were fresh out of school, had limited knowledge of the arts, humanities or sciences, as none of those were especially necessary for their work. Some brighter militsioneri would later go on to a milistionerska academy where they would, upon graduation, become "officers," as opposed to the "simple" militsioneri on the beat, who were sergeants. The really intelligent would be handpicked and installed in the feared Darzhavna sigurnost, or State Security, the Bulgarian version of Romania's Securitate and East Germany's Stasi. They were probably better militsioneri than the ones patrolling the streets, but that did not make them more broadminded citizens.

Because of their obvious deficiencies, the Communist-era militsioneri became the butt of numerous jokes, all of which focused on their perceived stupidity and inability to do anything outside the prescribed line of their superiors and the Communist Party.

Popular humour associated with militsioneri was quick to transform itself with their transformation into policemen. The hundreds of jokes told about them were reworded, in the course of just a few years, to apply to mutri (yet another unique Bulgarian defining concept), then to blondes, and most recently to the people of Pernik.

Make no mistake: the Bulgarian militsioneri were not benign creatures in the style of the English bobby or the French agent de police as depicted in the movies of Louis de Funès. They were part of one of the most comprehensive and omnipenetrating police networks in the world. Jokes about the stupidity of militsioneri aside, what the militsioneri did was create and sustain a Stalinist climate of fear where everyone spied on everyone else, where a single man, the General, ran the whole show, and where no dissent, political or otherwise, was permitted. In short, it was an environment where anyone who wanted to get along had to go along.

It is a legacy that, in the case of Bulgaria, has been difficult to overturn.

Despite attempts to reform the militsioneri, notably in the 1990s and the 2000s, the advent of GERB spelt their triumphant return. Why?

The two most powerful men in the country in 2012, Prime Minister Boyko Borisov and his deputy Tsvetan Tsvetanov, both have a grounding in the past as militsioneri. The former left his fire brigade service and set up a security company in the 1990s, a period when "protection" and "security" were largely seen as the other face of organised crime. The latter started work in the Communist-era State Security Department 7, and did various militsiya-related jobs until he graduated as a gym instructor from the Sports Academy in Sofia.

In addition to their education as militsioneri, both Borisov and Tsvetanov make use of the skills described above as much as they can, obviously in a slightly modified form. The examples are many and varied. In his early years as prime minister, Boyko Borisov famously said that he wanted his government ministers to "hate" and spy on each other (a direct leftover from the times of Communism), and his right-hand man Tsvetanov takes full advantage of his power to order phone-taps and other methods of surveillance, allegedly to harass citizens and political opponents rather than to solve serious crime.

In fact, few of the "feats" trumpeted by Tsvetanov and his publicists bear any resemblance to reality. Bulgaria's police have spectacularly failed to solve serious crimes, including some gruesome murders (such as the recent cases of two young women, Miroslava in Pernik and Yana in Sofia). They have also failed to arrest indicted criminals (such as the Galevi Brothers in Dupnitsa). However, in the best (or worst) tradition of militsioneri Tsvetanov's troops have stormed into the houses of unsuspecting citizens, sometimes in obvious error, and scared the wits out of women, children and elderly family members.

Notwithstanding their bosses' failures, Tsvetanov's PRs are usually quick to send out press releases describing those as "accomplishments." The Interior Ministry press releases, sometimes accompanied by video footage to ram home the message, are repeated verbatim by the largely uncritical and subservient media.

In addition, one of Tsvetanov's favourite ploys has been to stand up in parliament and read out accusations against citizens, sometimes based on the illegal use of special surveillance methods. One of the most flagrant recent examples was his calling a group of doctors in Gorna Oryahovitsa "assassins" for their alleged role in "killing" an unborn infant – which was later retracted in a court of law.

Bulgaria's still inchoate and weak civil society does react to such outrages, but there is little it can do, just as there was little that could have been done in the years up to 1989, because the men who pull the strings of the system know little outside militsionershtina.

The ultimate aim of militsionershtina is to make all segments of society and the state subordinate to it. In three years Boyko Borisov and Tsvetan Tsvetanov have done a lot to accomplish this aim. A number of observers in Bulgaria and, increasingly, abroad think that in the remaining year they have in office they will probably enhance their methods in order to win the next general election.

Unfortunately for the majority of Bulgarians who have to toil for a pittance in a worsening economic crisis and whose civil liberties are seriously curtailed, they will probably succeed.

History knows no authoritarian system that has lost an election. Authoritarian regimes usually implode because they are either economically unsound or because they are incapable of running whatever they have pledged to run. Therefore, the key word in the literal translation of militsionershtina is "efficiency." Minus the efficiency.

GERB can run the show and tap whoever they want, but it cannot make the (few remaining) trains run on time. Paradoxically, the lack of efficiency in the system run by them will likely bring about their own demise.

But at that time there may be no trains to run.

TO BE OR NOT TO BE A MILITSIONER 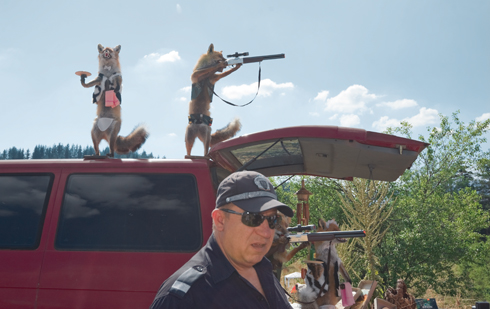 The chief job of the militsioneri is to protect their superiors and political leaders. Arresting criminals, solving and preventing crime is secondary.

A famously comprehensive network for eavesdropping, phone-tapping, surveillance and using SRS, or Special Investigative Means, is used to collect material on political or business opponents, rather than for fighting organised crime.

The bosses of militsioneri create a climate of fear, where any move or any unsanctioned manifestation of civil liberties is monitored.

Use of disproportionate force against obviously defenceless people such as the elderly or young women is used as a preventative measure, to scare others off and to show how powerful the militsioneri are.

Militsioneri are sticklers for petty details. Laws for them have no spirit, they just have letters. If your i's are undotted, you are in big trouble.

Collecting proper evidence that can stand up in court is secondary for militsioneri. What matters is making an arrest and reporting it.

Militsioneri never admit defeat. Even obvious failures are presented as "feats" because they look good in reports and "consolidate" popular trust in the militsioneri.

Militsioneri are allowed to park their cars wherever they like and generally drive without obeying traffic laws. They are exempt from fines for traffic violations. Arguing with militsioneri is like flogging a dead horse. Militsioneri are generally above the law, in that every other facet and agency of the country – including but not limited to the economy, business, members of parliament, government ministers, the judiciary and so on and so forth – are subservient to them.

Militsioneri have a say in all areas of public life. They can enforce appointments in sectors seemingly unrelated to them, for example state and regional administrations, and the judiciary. They can install board members in all areas of management. When they are in the mood, they usually make offers "no one can refuse."