In the wake of the Burgas terrorist attack Bulgaria's top policeman, Tsvetan Tsvetanov, announced "tightened" security measures to prevent possible further attacks. These include "enhanced protection" of Israeli and Jewish sites throughout the country, as well as a greater police presence at coach and railway stations, and on the Sofia underground.

Immediately following the Burgas attack, a Vagabond employee travelled to the office on the underground. It was empty, she reported, possibly owing to public fear of a terror attack ‒ though most likely the reason was the holiday season and the summer heat. She noticed two uniformed policemen standing at the top of the escalator talking to each other. They were not eating sunflower seeds.

Two days after the attack another Vagabond member of staff went to Sofia Synagogue for a memorial service for the victims. The American ambassador was present, voicing ‒ surrounded by reporters as it were ‒ his reaction to President Obama's statement on the events in Burgas. One Bulgarian uniformed policeman was noticed outside the synagogue. There were a few young men who looked like Israeli Mossad inside. As the service was about to start, the fire alarm somehow went off, and kept ringing for a quarter of an hour, as no one seemed to know how to switch it off. A security guard cubicle at the northeastern outside corner of the synagogue was erected in the 1990s but since the early 2000s it has remained empty, its windows broken.

Security was enhanced at post offices as well. Theoretically, the contents of parcels and packages should be checked. Long-distance coach drivers should have stopped accepting parcels for delivery without security checks.

Colleagues from a Sofia newspaper visited the Central Bus Station to see how the new measures were being implemented. Some of the coach drivers would not accept parcels and packages at all, they reported, but the majority seemed oblivious of the new requirements.

Officials in Bulgaria do not like photographers as they consider them a nuisance at best or journalists at worst. The law says it is allowed to take pictures anywhere on public property in Bulgaria unless there is a clear sign banning you from doing so. Usually, these are put up at military installations, museums, churches and so on. Guards at these locations rarely bother to learn the law. You may be stopped and asked why you are taking pictures at any time. If you say you are a journalist you will be asked what newspaper you are working for ‒ which you don't have to answer, because strictly speaking no one has the right to ask you that. "Freelancers" do not count. If you feel threatened in any way, call a Bulgarian friend to get you out of the situation. Ask for names, ID numbers and so on. 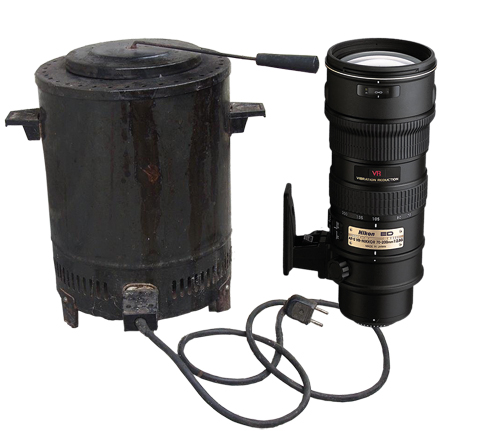 Bulgarian security guards are usually retired army sergeants, or young men who would rather be doing something else. As a rule, they do not speak English, so learning the answers to the three or four common questions they will put to you will get you a long way.

The first telltale sign of a Bulgarian security guard is the order Kazhete, or "Speak!", which you will hear any time you enter a bank, an office or some hotels. Of course, talking to anyone like this is very rude, but Bulgarians are used to it, so don't bother taking offence ‒ it will get you nowhere. Reply: Otivam na kasata/pri shefa/v stayata si. This means "I am going to the cash desk/to see the boss/up to my room." This will usually suffice, you may be told to wait but you will eventually be let in. If anyone wants more, you will be told: Dokumentite!, or "Your papers!". Produce some sort of an identification, usually your passport or your Alien's ID if you are a resident. It is best not to show any Michigan State driving licenses as these are not in vogue these days.

Security at airports is usually good as the guards seem to be better trained. Again, photographers are considered a special risk, especially if they carry long lenses. Guards at Sofia Airport looked in dismay on their X-Ray screen at a Nikkor 70-200 mm F2.8 lens I once carried in my bag. "Do you have a chushkopek in your luggage?", they asked me. This was not a joke. I asked, jocularly, if they often get passengers carrying chushkopeks in their luggage. They said they'd had some. I had no idea the Great Bulgarian Invention was prohibited as carryon luggage, so we engaged in a pleasant chat.