Ever since Bulgaria gained independence from the Ottoman Empire in 1878 the relationship between the Christian majority and the sizeable Muslim minority (an estimated 1 million in 2012) has been, at best, controversial. Immediately after independence Bulgarian sentiments towards those Turks who had stayed behind in Bulgarian territory was mainly tolerant. However, various campaigns throughout the years leading to the Second World War were aimed at "Bulgarianising" the Bulgarian Muslims by name-changing, various religious repercussions and so on. The situation worsened significantly with the Communist takeover in 1944, and hundreds of thousands emigrated to Turkey at the and of the 1940s.

One of the most sinister events during Communism was the forcible renaming of Pomaks in the 1970s and, of course, the "Revival Process" in the 1980s, when Turks were forced, sometimes at gunpoint, to change their names to Bulgarian ones.

Muslims in Bulgaria belong mainly to two groups: ethnic Turks and Pomaks ‒ Bulgarian speakers who subscribe to Islam. It is difficult to generalise, but the Turks of Bulgaria tend to be mainly secular, albeit traditional, people while the Pomaks, at least in some areas, tend to take a more devout approach to the teaching of Islam.

Even though Muslims have theoretically enjoyed equal rights since the collapse of Communism, their relationship with the majority of Bulgarians is in many instances not one of trust.

At the moment, Bulgaria is the only EU member state that has a significant Muslim population that is not immigrant: Bulgaria's Turks and Pomaks have lived here for centuries.

According to Birali Birali, the deputy chief mufti of Bulgaria, talk of "radical Islam" as voiced in the media and elsewhere, especially in the aftermath of the Burgas terrorist attack, is an oxymoron. "Islam means 'peace,'" Birali said, "so what does 'radical peace' mean?" 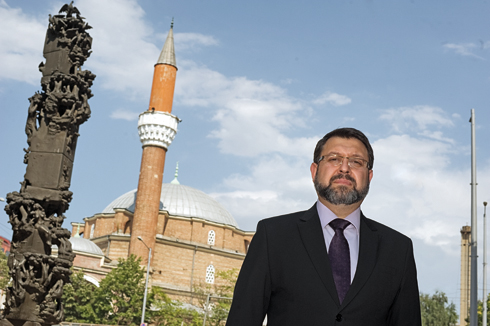 Media attitudes to Muslims in general and Bulgarian Muslims in particular have been negative. Birali pointed out whenever there was a terrorist attack in the world perpetrated by a Muslim, most of the media unite to label it as an act of "Islamic fundamentalism." Yet no one billed Anders Breivik in Oslo a "Christian fundamentalist," Birali noted. "There is no such thing as a radical Muslim. There is, however, radical behaviour - by Muslims, Christians, Jews; by Amish and anti-abortionists; by all kinds of people." Birali stressed: "Radical behaviour and especially killing people indiscriminately has nothing to do with the teachings of the Prophet, who preaches peace and tolerance." Birali added that terrorists were a matter for the security or medical services rather than the clerical authorities. "It is a fact that people tend to identify Islam and Muslims with potential terrorism," Birali said, "but it is wrong to blame the actions of an individual on the whole community, as it is unthinkable for the community to support anyone who has committed such a despicable act."

Islamophobia, according to Birali, is further complicated in Bulgaria owing to its Ottoman legacy and especially to the Communist-era anti-Turkish propaganda.

Civil society is still weak in Bulgaria, Birali said, and is unable to react sufficiently to whatever happens to the Bulgarians economically and politically. Still, there are wise and intelligent people who are able to see the difference and make a stand, he said. "When the terrorist attack happened, I got phone calls from the rabbi, from the Israeli Spiritual Council and from other non-Muslims. People called, because they felt they should. Bulgaria's civil society is still very young and quite weak," Birali said.

In the 18 July terrorist attack in Burgas seven people died. In addition to the five Israelis and the alleged perpetrator of the attack, a Bulgarian Muslim, Mustafa Kyosov, who was the driver of the bus, was killed instantly. The Bulgarian Government made a big media show of its support for Israel and the Israelis, but hardly anyone commented on the case of Kyosov, a man from the Pomak region of Yakoruda in the Rhodope, who had been forced by unemployment and the continuing economic crisis to go and seek work as a bus driver in Sunny Beach. While Boyko Borisov, Tsvetan Tsvetanov and other senior members of the government vied to be seen on TV stating they had "good cooperation" with the United States and expressing their condolences to Israel, where the victims were buried with state honours, no one from the administration of the state bothered to even show up at Kyosov's funeral. The chief mufti of Bulgaria did, as well as two MPs from the DPS, or Movement for Rights and Freedoms.

Birali Birali was at a loss how to comment on the actions of the Bulgarian Government regarding their own citizen. "The Muslim community noted this. Israel performed an official ceremony for its citizens when their bodies were flown back home. Nothing like this happened in Bulgaria. This man may have been a Muslim, but he was a Bulgarian national and he was a victim, just like the others. The government probably has some explanation, but what matters to us is that its behaviour seemed like applying double standards."

Read 5391 times Last modified on Monday, 10 June 2013 13:02
Published in Bulgaria Society
More in this category: « FACING THE PAST, BUT FAILING TO LOOK TO THE FUTURE SECURITY BITES »