Bulgaria’s best-known political scientist was educated at Oxford. But sometimes his views land him in a jam

As a preserve maker he spends long periods in quiet contemplation. As a musician he entertains the crowds at rock festivals. As a flame-throwing political pundit, however, he attracts violence.

An enraged Boyko Borisov once approached him in a café, slamming two huge guns down on the table. An arm-wrestling contest ensued. The current mayor of Sofia lost. Don't be too surprised! Our commentator is a veteran of innumerable bar room brawls.

Evgenii Dainov resembles Easy Rider's Dennis Hopper. A youthful 49-year-old, he's a guitarist, songwriter and lyricist for rock band Magistri. Yet in many ways he also behaves like an English country squire. Although a bona fide Bulgarian, he enjoys the convivial company of the expatriate G & T brigade in his adopted home, the village of Mindya near Veliko Tarnovo.

He grows an array of fruit in his orchard: raspberries, strawberries, cassis, blueberries, apricots, blackberries and plums. They keep him busy throughout the summer making home made preserves. Dainov dislikes rakiya, leaving him free to corner the jam market. Rumour has it that he'll even offer jam instead of money to a neighbour in return for favours.

A university professor, a household name on Bulgarian TV and the author of numerous political tomes, Dainov – the chairman of the Centre for Social Practices – has the air of an archetypal leftist. Yet he's a fan of Thatcherite economics and a firm believer in selfreliance. He believes that the state's role is merely to provide “an enabling environment”. You could say he espouses the Marxian maxim of the “withering away of the state”, yet he's certainly no Marxist. In fact, he was sacked by Sofia University for refusing to teach a six-month course on Marxism in 1990, after the fall of Communism! 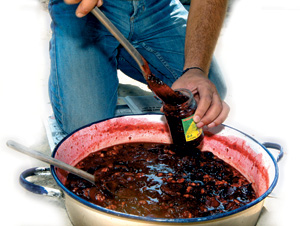 Perhaps Dainov's views are shaped by his British schooling. His father was the UK correspondent for a Bulgarian Communist newspaper – The Workers' Cause. Educated at London's Forest Hill School in the early 1970s, he studied at Corpus Christi, Oxford, graduating with a double first in Modern History and Russian.

Mention Bulgarian education and Dainov is disdainful. “Communist schooling was good for Russia, China and Bulgaria but it was incapable of creating an analytical mindset. It was more about regurgitating facts – parrot fashion,” he maintains. “My son, who's now 26, had his tuition at home. State education may have suited the peasants but it's hopeless for the 21st Century.” 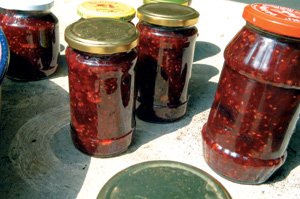 Reflecting on the last 18 years, he says Bulgaria has exceeded his expectations. “I thought we'd become like a tatty Arab country with bazaars,” he says. “It's only due to the occasional mass upsurge of civil society that we managed to make the leap. This doesn't mean we're a European country yet! Our main weakness is our continued flirtation with Russia, which the Kremlin uses to lure us back into their sphere of influence.”

He welcomes Bulgaria's entry into the EU, believing it will spread a European consciousness. Ironically, he maintains that one of the best safeguards against Russian power is the bureaucratic class he loathes. “It's clearly in our interests to be in with bureaucrats in Brussels rather than bureaucrats in the Kremlin,” he says dryly.

Dainov's economic views mark him as a free marketeer. Consequently, he's suspicious of the establishment's attempt to curb freedom. Capitalism without human rights is pointless, he repeatedly stresses. “All these authoritarian rulers – he cites Bush as well as Putin – think that as long as you have capitalism and a private economy you can do what you like. It's a dangerous and insidious notion, reminiscent of early Mussolini in the 1920s. Governments everywhere seem obsessed with security, not freedom.”

A trip to the United States to oversee the 2004 presidential race was an eye-opener for him. “I started by viewing the Republicans as my people but actually I was far to the left of John Kerry. Perhaps I'm rightwing in Bulgarian terms, leftwing in US terms,” he says ironically. Dainov offered his “expertise” to the right of centre Union of Democratic Forces, or SDS, in the past but denies being an “adviser”. A steadfast opponent of Zhan Videnov's BSP, or Socialist, government, he's proud of helping to remove it from office. Civil society – a notion he constantly espouses – exercised its muscle effectively by staging mass demonstrations. 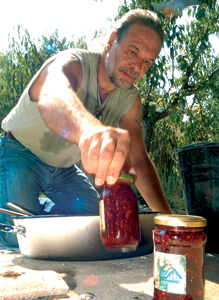 Ivan Kostov's government, elected in 1997, reduced inflation from 2,000 percent down to zero. So why did it fail and why are rightwing parties crumbling? “We've always tried to secure the fruits of capitalism without the hard work. We are still coming to terms with capitalism but finding its responsibility daunting. The longer you delay reforms the more painful they become. People wanted freedom and justice. They saw Kostov's ministers suddenly becoming very wealthy, and they felt cheated.”

A British Conservative minister, Norman Tebbit, once famously told his country's unemployed to “get on your bike” to find work. Dainov believes Kostov paid a high price for similar straight talking. “The Thatcher government could afford to say that to the British but you can't do that here. People would have forgiven Kostov if he'd been more sympathetic,” he says.

The rejection of Kostov's government heralded the arrival of what Dainov refers to as “the populists” – Simeon Saxe-Coburg, Borisov and, perhaps most infamously, Ataka. Dainov played a key role in filing a lawsuit against Ataka leader Volen Siderov for incitement to hatred. “We took him to court, told him to desist from spouting hatred. As soon as he stopped talking nonsense he lost his radical support and the real fascists left him. He used to be a newspaper editor. When he suddenly became a fascist I thought he was joking but perhaps he's come to believe his own propaganda.”

Dainov doesn't believe in forcing resignations of former Communist stooges. “The investigative committee has performed well. But it would have been better if we'd opened it all up and had the catharsis 15 years ago. Now I think voters should decide.” Dainov himself abstained during the last presidential election's run-off, believing it to be “a choice between a Communist and a fascist”.

He lives in Sofia during the week, lecturing at the New Bulgarian University. He drives back to Mindya for long weekends listening to music: Santana in the summer, Jimi Hendrix and the Rolling Stones in the autumn and heavy metal in the winter.

His famous face has led him into dangerous confrontations. Few involved politicians but Borisov was an exception. “When he was secretary to the Interior Ministry, I wrote something critical. He rang me up, proposing a fight. We met in a very famous Sofia restaurant, Motto on Aksakov St, at lunchtime. He said: ‘Let's decide if we're going to have a fight in front of all these customers or settle this some other way.' So we agreed on an arm wrestle. I won, but we decided we were equal. After that we had a wonderful relationship for five years or so but now because of politics I haven't seen him for six months.”

Dainov likes Mindya for its 19th Century houses, mountain and river. “For a while I kidded myself I was a peasant and grew tomatoes and peppers but then I found more constructive ways to occupy my time. I planted fruit trees, raspberry, blackberry and cassis.” He's now become something of an expert. “When you make jam you should never mix soft fruit – raspberry, strawberry and blackberry – with apricots,” he advises.

Politics, on the other hand, produces the unlikeliest of mixtures. Dainov believes the next election could produce a strange concoction arising from a coalition between the Socialist Party, or BSP, and Boyko Borisov's GERB, or Citizens for European Development of Bulgaria. Perhaps Dainov can defuse a fight by offering the warring parties a jar of his exquisite homemade jam? Or, failing that, maybe an arm wrestle could resolve the dispute! 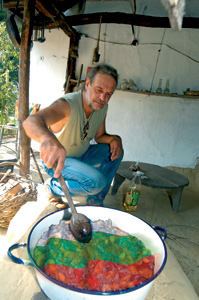 Take a free marketeer, a believer in capitalism and low taxation – preferably a 10 percent flat rate – but also social justice and safety nets for the poorest. He should not harangue the Bulgarian people about their shortcomings. He must learn to be sympathetic. He must not restrict freedom in any way or indulge in vulgar nationalism or populism because Bulgarians will see through this charade. He should not be swayed by romantic notions of comradeship with Russia. He should steer Bulgaria into the fold of European allies. He must crack down hard on corruption and ensure his ministers are irreproachable.

When the candidate is modern, compassionate, European-minded, capitalistic, sceptical of Russian influence, a strong supporter of civil society as well as the importance of transparent integrity, he is ready to be served to the electorate.

In a huge casserole you put no more than three or four kilos of whatever fruit you have. If plums you should cut them into little pieces. It's important to put the fruit in the casserole the night before. Cover it with sugar until you can't see what's under the sugar, like a cover of snow. By the morning the sugar has turned into liquid.

Light the fire next morning. All it requires is patience and a wood fire. Don't use electricity. Start up a fast fire – a fire produced by lots of small pieces of wood. Once it gathers pace, you put in a few bigger logs. Take it down a bit, get a big wooden spoon, sit on a low stool and spend the next three hours sifting it. When it's only bubbling sporadically run your spoon through it. When it's no longer like a soup but more like porridge you can decant the jam into jars. Keep the jars in the shade until the following morning because they will be very hot. As they cool, they create the vacuum needed for preservation, and that's it. All it requires is patience. The most difficult thing is to pinpoint the moment to take it from the fire. If you take it off too early, it's runny. If you take it off too late, it coagulates and it's very difficult to use. Be guided by a combination of smell and vision.