A CONFEDERACY OF STOOGES

Bulgaria is the last former Warsaw Pact country to open up its Communist archives. The results are shattering, but few seem bothered

Events in the former East Germany, former Czechoslovakia, Hungary and Poland in the early 1990s are being re-enacted in Bulgaria in 2007. Under a law adopted at the end of last year, a panel was empowered to open up Communist-era secret police files. Many senior figures in politics and the administration have been revealed as stooges for the Communist regime. Surprisingly, the names of people previously rumoured to have been collaborators were absent from the lists – and names of people thought to have been “dissidents” were included.

Preoccupied with the struggle for daily survival and rising food prices, most Bulgarians seem unfazed about the events of over two decades ago. Few, if any, of the younger generation have any direct memories of Communism. And older citizens who do remember the period have largely been indoctrinated by an ongoing campaign in the mainstream media to represent Communism as a stable and decent economic system. Its crimes, both at home and abroad, are portrayed as actions “defending Bulgaria's national interests”.

The panel's investigations revealed that as many as 140 of all MPs since 1990 were somehow related to the DS, the former Durzhavna Sigurnost, the Bulgarian equivalent of the Stasi and Securitate. Out of a grand total of about 1,700 that makes about eight percent, although the percentage is probably higher because the panel would not reveal the names of deceased officials. The largest number of stooges, 61, was in the Grand National Assembly in 1990, which adopted the current Constitution.

In the sitting parliament of 240, 19 were collaborators.

With six DS-related MPs, the ruling Bulgarian Socialist Party, or BSP – the successor to Todor Zhivkov's BKP – leads the field in what some commentators see as a logical pattern seen elsewhere in the former East bloc. One of the BSP MPs with a DS past, Evgeniy Kirilov, was even elected as an MEP.

Ataka, the extremist party of Volen Siderov, and the Movement for Rights and Freedoms, or DPS, have four each.

Petar Beron, a natural scientist by profession and for a short period leader of the Union of Democratic Forces, or SDS, was recruited by the DS in 1969. His file was destroyed in 1990, but revelations about his past forced him to resign in 1991. Petar Beron is now an independent MP, elected on the Ataka ticket. 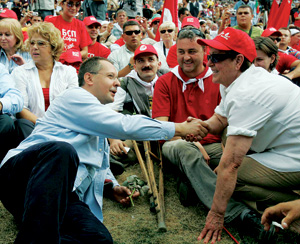 The senior leadership of the DPS, a party supported mostly by Bulgarian Turks including Turks based abroad who come to Bulgaria specifically to vote on election days, seems to be almost entirely composed of former stooges. The DPS leader Ahmed Dogan as well as senior DPS members such as Lyutvi Mestan, Ramadan Altalay and Kemal Eyup, the incumbent chairman of the parliamentary equal opportunities committee, were collaborators. Dogan, whom many citizens used to perceive as a “fighter for rights and freedoms”, especially those amongst the Turkish minority severely oppressed in the twilight years of Communism, was in DS circles known by his codenames “Sava”, “Angelov” and “Sergey”.

Krasimir Karakachanov, the leader of the nationalist VMRO, or Internal Macedonian Revolutionary Organisation, was also a DS associate. So was Zhorzh Ganchev, the eccentric former leader of the BBB, or Bulgarian Business Bloc, who stood for president in the 1990s and gained a significant portion of the vote.

The panel revealed that Galaktion, the Orthodox bishop of Stara Zagora, had also been a stooge, codenamed “Misho”. 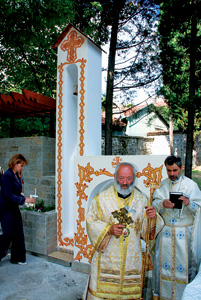 Perhaps the greatest surprise on the declassification panel's list was Todor Kolev, a venerated comic actor, who became something of an anti-establishment icon in the 1980s. His films and music were immensely popular at a time when the country was starved of a culture of dissent similar to that of Poland and Hungary. After the collapse of Communism, Todor Kolev was elected an MP for the constituent national assembly, and later served a short tenure as a diplomat in Canada. His DS codename was “Petrov”.

Significantly, several senior members of a series of governments and presidential administrations were also DS men. General Atanas Semerdzhiev, vice president in 1990-1992, was a collaborator in the 1950s. During his tenure as Interior Minister in 1989-1990 Gen. Semerdzhiev ordered the selective destruction of 144,235 secret police files. 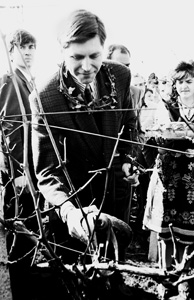 Zhan Videnov, the BSP prime minister from 1995 to 1997, was also a stooge. In DS parlance, he was a “safehouse keeper”, codenamed “Danube”. Videnov's rule brought Bulgaria to the brink of economic and social collapse. Severe shortages and mutri gangs terrorising the Bulgarian streets were accompanied by hyperinflation and soaring bankruptcies. Under pressure from huge rallies and civil disobedience, Videnov resigned as BSP leader and prime minister in December 1996. Georgi Parvanov, the incumbent president – also a DS collaborator – assumed the party leadership. 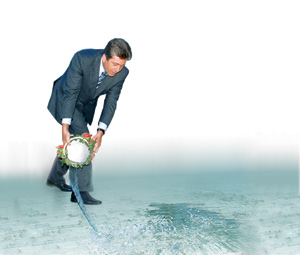 The case of Parvanov, codenamed “Gotse”, is perhaps the most blatant example of the climate of impunity created by the DS in the years since the fall of the Berlin Wall. According to the panel's findings, Parvanov was recruited by the DS in October 1989, just a month before the collapse of Communism in Bulgaria. Significantly, until the panel revealed its findings, Parvanov had refused to acknowledge any association with the DS. The hard fact is that he lied about his past ahead of the 2006 presidential election in which he secured a second term in office.

Few seem to mind. A civic group holds weekly protests in front of the Office of the President demanding his resignation and the opposition in parliament is trying to collect enough approvals to launch an impeachment. Yet an opinion poll in the Capital weekly indicated that most Bulgarians approved of their president despite his past as a Communist secret service collaborator.

Nothing illustrates the somnolent state of the public better than the BSP nomination for mayor of Sofia, General Brigadir “Brigo” Asparuhov. A former BSP MP, the general had worked in the DS since 1970. He was promoted following a year of special training in the USSR, and in 1985 headed the 6th Department of the DS, or the so-called Thought Police, “in charge” of the country's intelligentsia. In 1993, General Asparuhov, acting in violation of legislation, ordered the destruction of some secret DS files. An indictment followed, but the case never went to court because Asparuhov had in the meantime become an MP, so enjoying immunity from prosecution. In 2003, then Prime Minister Simeon Saxe-Coburg tried to appoint Brigo Asparuhov as national security adviser. As a result of an unprecedented international outcry, he backed down as it emerged that Gen. Asparuhov would not be vetted for access to NATO classified information. 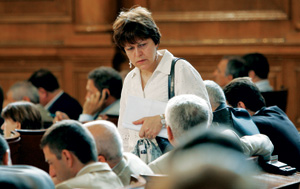 Asparuhov's nomination for mayor of Sofia was announced at a huge BSP rally at the beginning of September by BSP Prime Minister Sergey Stanishev. To the cheering crowd Stanishev was unequivocal: he saw Asparuhov's past as honourable rather than ignominious. Many Bulgarians believe that recent developments surrounding their country's Communist-era secret police files confirm what they have suspected ever since Todor Zhivkov was ousted: that the former DS continues to rule the country and that opening the archives 17 years on would only legitimise the DS's and the BKP's successful transition of their erstwhile political omnipotence into economic might.

Bulgaria's belated examination of its Communist past, 17 years down the line, means that latter-day Bulgarians seem to be avoiding the moral morass faced by other former East Bloc countries resulting from declassified secret service files. For one, the Bulgarian Secret Files Declassification Act is not a lustration law, similar to those in the Czech Republic or Poland. The revelations about people's pasts emerging as a result of the law have no legal value in the sense they cannot force anyone out of public office. Their meaning is purely informative.

The devil, predictably, is in the details. How can Bulgaria's present day citizens distinguish the stooges, who willingly and for payment spied on their neighbours, friends, and family from the doctors, teachers and journalists who had to file reports to safeguard their careers?

Another contentious issue is authenticity. “The Files”, as they came to be popularly referred to, were doctored on several occasions. The largest-scale destruction of files occurred immediately after the collapse of Communism, in late 1989 and early 1990. As a result of the purges important documents such as the file of dissident writer Georgi Markov, who had been assassinated in London in 1978, were lost forever.

The selective purges continued, and there were rumours that even the Gotse File, pertaining to President Georgi Parvanov, was doctored as recently as 2007. Those suspicions were rebuffed by the declassification panel, however. 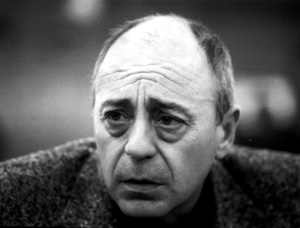 Over time the issue of “The Files” would sporadically be raised by various politicians who tried to use them for their own purposes, typically during elections. “You were an agent!” was initially a threat that, if properly blown up by the media, could cost an opponent's career. But soon the people lost interest. The state put a number of former officials who supervised the so-called labour camps in the 1950s and 1960s on trial. No one was jailed.

Most incumbent politicians, especially those in the ruling BSP, play down the panel's revelations. Georgi Yurukov, an MP for the BSP, said he would sue the Bulgarian state for infringing his right to privacy. And Prime Minister Sergey Stanishev said “only sick people” could be interested in the files as they had “purely historical value”. Stanishev stressed that a difference should be made between those who spied on their friends and neighbours, and those who “defended the national interests”.

During the Cold War the Bulgarian DS was seen as almost entirely subordinated to the KGB. Bulgaria as a state was fully subjugated to the Soviet Union and in that sense it had few if any “national interests” of its own. The DS was largely responsible for maintaining the status quo. It presided over a succession of overt and covert operations at home and abroad. In the 1950s and 1960s it masterminded and oversaw the massive purges, deportations and assassinations of political opponents, and was in charge of the infamous Communist labour camps. In the 1970s and 1980s the DS maintained “fraternal” contacts with terrorist organisations in Western Europe and the Third World. There are allegations that the DS actively involved itself with running arms and drugs rackets to destabilise the West. The long arm of the DS can be seen in three of the vilest “operations” on Western soil: the 1974 abduction of émigré Boris Arsov in Denmark, the 1978 assassination of dissident writer Georgi Markov in London and the 1981 attempt to shoot Pope John Paul II in Rome.