WHAT'S IN A WORD?

© Anthony Georgieff
America has quarelled with Turkey over an event that took place 100 years ago. What are the implications for Bulgaria?

It couldn't have come at a more awkward time. In spite of opposition from The White House and a letter of protest signed by all eight living secretaries of state, a US congressional committee approved a bill terming the 1915-1918 mass killing of Armenians in Ottoman Turkey “genocide”.

Turkey was infuriated; Armenia – and the large Armenian diaspora in America, which had been lobbying for this bill for over 30 years – was delighted. Ankara summoned its ambassador in Washington for “consultations” – a diplomatic move signifying an outburst of anger. Mass protests in Turkey condemned the American bill, and opinion polls indicated that the popularity of the United States in Turkey had plummeted to nine percent. 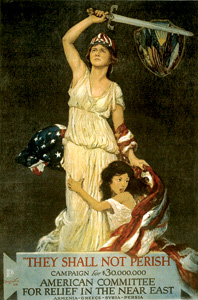 That's pretty low for a key ally in the Middle East, a bulwark in the war against terror. The United States and the West in general are almost entirely dependent on Turkey for their policies in what is in effect the most politically sensitive area in the world. A third of all petrol and as much as 70 percent of all air cargo for the US Army in Iraq pass through Turkish territory. In addition to Iraq, Turkey has long land borders with Iran and Syria.

As Richard Holbrooke put it, in today's world Turkey is to the West what West Germany used to be during the Cold War – a fence against an empire of evil. You wouldn't want to be losing an ally in that position, would you?

To understand why the American Senate Foreign Relations Committee acted in this way and why Turkey gets so paranoid by the mere mention of the “Armenian Question” one has to analyse both the historical background and its current political implications. 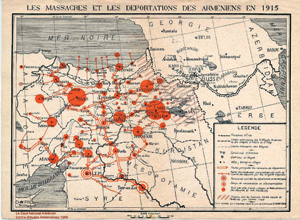 The mass killings in eastern Turkey in 1915-1918 were welldocumented by both local and foreign historians. In his memoirs Henry Morgenthau, the American ambassador in Constantinople at the time described horrific crimes perpetrated against Armenian civilians by Ottoman regulars.

German soldiers, placed in what during the First World War was a German ally, even took pictures of the violence and deportations.

As often happens in cases of mass violence, historians argue about the authenticity of the evidence and specifically the numbers. Turkish researchers say 200,000 were killed while the Armenians speak of about two million. The Armenians claim that the policies of Ottoman Turkey amounted to “genocide” – the purposeful and premeditated extermination of a nation. The Turks admit there was violence, but explain it was the result of a war, in which many Armenians chose to be traitors in that they were sympathetic to the invading Russian Army. The Armenians claim that the killings and subsequent “death marches” into the Syrian desert were “organised murder” while the Turks suggest the deaths were the result of an armed conflict, privation and disease. 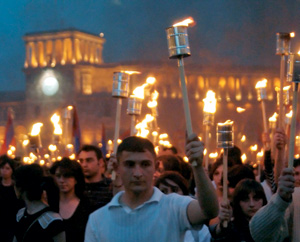 To modern Armenians the events of 1915-1918 have become one of the cornerstones of their national identity. They see the suffering of their great-grandfathers as the single vilest act against their nationhood. Republican Turks, for their part, argue that the crimes were committed by the Ottoman Empire, an entity against which their own great-grandfathers fought. Ismail Enver Pasha, Ahmed Cemal Pasha, Mehmed Talaat Bey – the leaders of the Young Turks Movement at the time – and a host of other Ottomans were convicted by a Turkish Republican court and condemned to death for “the extermination and destruction of the Armenians.”

Most world historians acknowledge the facts of 1915-1918 and some countries – including Russia, Greece, Canada, Uruguay and Iran – have adopted laws or resolutions to term the events “genocide”. 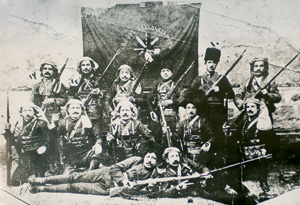 UK, the United States and Israel use different terminology. Every genocide-oriented move has been met with stern rejection by Turkey. In 2006 France adopted legislation to make denial of the Armenian genocide a crime, on a par with Holocaust denial. In response, Turkey suspended its military cooperation with France.

But why is Turkey so frightened of the G-word? What difference does the usage or non-usage of the term make to modern Turks?

It describes events that took place 100 years ago and whose perpetrators did not even belong to the Republic of Turkey as the Republic of Turkey did not exist at the time? For one, Turkey believes it has justified fears that any recognition will open the door for demands for compensation, even territory. Significantly, many Turks and Kurds in what is now eastern Turkey consider any such recognition to amount to denial of their own predecessors who died at the hands of militant Armenians. Several museums in eastern Turkey present their own evidence that thousands of Muslim villagers were slaughtered by Armenians and suggest that the policies of ethnic cleansing were conducted by Armenians, not vice versa. Both sides trade accusations and counteraccusations, and the debacle is unlikely to subside any time soon.

With its 13,000-strong Armenian community and a border with Turkey Bulgaria may easily find itself entangled. Officially, Bulgaria does not use the term “genocide”, but the virulently anti-Turkish party Ataka proposed the adoption of a bill similar to the current US one, in 2006. While preserving their distinct cultural identity, including language, Bulgaria's Armenians have become exceptionally well-integrated into mainstream life. The majority of Bulgarians feel a lot more sympathetic to them than they would to the Bulgarian Turks. 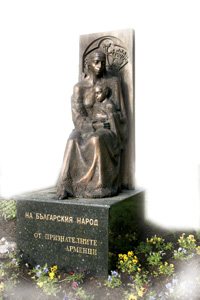 Armenians express gratitude to the Bulgarians for granting them shelter from Ottoman Turkey: a monument in Burgas

However, any official recognition of the Armenian genocide, while doing justice to the historical claims of the Armenians, will seriously sour relations with NATO ally Turkey. The US-Turkish acrimony over the “Armenian Genocide” is likely to rage on. However, the congressional bow to the Armenian lobby in the United States is just one side of the coin. To be able to hope for a better international image and more realistic chances to enter the EU Turkey must clean up its own backyard. The Turkish Penal Code incriminates insulting the Turkish nation. The infamous Article 301 has been used in the past to prosecute journalists and writers, including 2006 Nobel Prize in Literature winner Orhan Pamuk, for their references to the Armenian question.

In 2005 Turkey's Recep Erdogan proposed to Armenia a joint historical committee to research the events of 1915-1918. Armenia refused – citing the same Article 301 which it said would predetermine the outcome of the discussion. The Armenians were right. If Turkey is serious about reform it must ensure that any debate, including a debate about what happened a century ago is free, fair and unbiased. Otherwise it could start resembling a Britain that would be prosecuting Iain Banks over the Potato Famine.

Read 5934 times Last modified on Friday, 01 July 2016 12:03
Published in Bulgaria Politics
More in this category: « A CONFEDERACY OF STOOGES EU BOOST TO GREENS IN BULGARIA AND ROMANIA »