Bulgarians like foreigners - but not all of them, a survey shows

Something happened while I was travelling on bus number 74, a few stops before the central railway station in Sofia. Six British tourists got on the bus, huge rucksacks on their backs, punched a ticket each and were even lucky enough to get seats. At the next stop, two ticket collectors got on. The foreigners were the first to face the ticket check. “No tickets for luggage!” said one of the men in broken English, as he pulled a brochure out of his pocket. The brochure set out and explained – in English – all the rights and obligations passengers have. “Fine! 10 leva each man!” barked the ticket collector. “But how should we know? Nobody told us when we bought the tickets and there was nowhere to read it either!” protested one of the foreigners.

The quarrel continued for two more stops. The British finally got the upper hand (possibly because they outnumbered the ticket collectors) and alighted at the central station. It was only after their departure that a woman started yelling at the ticket collectors: "That's how things work in Bulgaria! They don't have to pay because they're foreigners. You would have called the police in a flash if it was a Bulgarian riding without a ticket!”

This story sounds surprising when compared to the all-pervading tourism propaganda, which persistently disseminates the cliché about Bulgaria being “the most tolerant nation in the Balkans”. OpenBus-2, the most detailed survey on ethnicity and nationality attitudes in Bulgaria, which was conducted by the Open Society Institute, shows Bulgarians are no different to other nations. They bear no grudges against foreigners from more developed countries, who arrive with bulging wallets, yet they would rather not share their streets, homes and social benefits with poor immigrants.

Especially if they are Albanians or Kurds. "They are the most hated of the 26 ethnic groups included in the survey," says Alexey Pamporov, an expert at the OSI. In fact, Albanians, so far considered to be the most hated nationality in Bulgaria, were only spared the bottom spot this time due to the entrance of the Kurds.

“These attitudes have nothing to do with real life experiences,” says Pamporov. Few, if any, Bulgarians have ever met an Albanian or a Kurd in person. All of them, however, have heard about their occupations in drug and weapons trafficking and sex slavery in the media, and are certain they are breeding with the sole goal of conquering Bulgaria from the inside. Besides, they are Muslims.

Religion and terrorism scares are the deciding factors that bring Arabs into the “most hated nationalities” group. An incident last year saw an Arab shopper shot dead with an arrow by an ethnic Bulgarian.

The Vietnamese join the “most hated nationalities” group for different reasons. Just before the Communist regime collapsed they flocked to work in Bulgaria. Since then the Bulgarians believe that all Vietnamese are lazy thieves. Urban legends, however, cite that having a Vietnamese next-door neighbour has one advantage – no homeless dogs clutter the streets nearby, due to them being a Vietnamese culinary delight.

The status of “Negroes" is the most complicated. If the colour of a man's skin is dark, Bulgarians don't care whether he is a refugee from Kenya or tourist from Birmingham. They fall victim to unabashed racism. Even black EU or American citizens are avoided, despite Bulgarians' strong preference for everything fashionably labelled "European!"

Shockingly, for a nation that rescued 50,000 Jews from deportation into the Nazi camps – and never misses to mention this fact – the survey shows that Bulgarians hate the Jews. Many of them share Russia's anti-Semitic ideas and theories about the worldwide Jewish conspiracy. For example, one of the respondents – an abbot at a local monastery – firmly believes that Jews still traditionally sacrifice Christian children. Defacement of Jewish tombstones and synagogues are rare but not unheard-of.

Compared with other disadvantaged groups, however, the Gypsies are relatively well-accepted in Bulgaria, according to the survey. Just don't mention "state cash handouts" to a Bulgarian – you'll see his tolerance evaporate quicker than a Roma pickpocket.

So, who are Bulgarians' favourites? 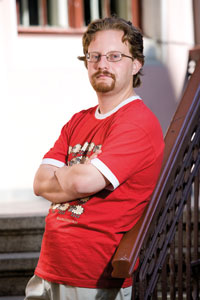 "Russians and Britons," says Pamporov. The Britons, who have settled either temporarily or permanently in Bulgaria – numbering between 50,000 and 25,000 – are among the most prestigious groups of foreigners in the eyes of the Bulgarians. Nearly 65 percent of the Bulgarians say they would welcome Britons arriving permanently. "Englishmen" is the common Bulgarian term for those hailing from the island, regardless of whether they lived in London, Glasgow or Cardiff.

Russophile sentiments, however, are here to stay. "In a weird reflection of the state foreign policy, Bulgarians appear to cherish their love for Russia and America with equal intensity," says Pamporov.

Since the era before NATO and EU entry, Bulgaria hasn't drifted far from being one of Russia's closest allies, the survey shows. The deeply rooted pro-Russia attitudes date back to the end of the 18th Century, when Russia gained the right to patronise the Orthodox Christians within the boundaries of the Ottoman Empire.

The war during 1877-1878, which lead to the restoration of independent Bulgaria, endows Russians with the halo of saviours. It is still shining over their heads, sealed by the “everlasting friendship" between the Bulgarian and Russian Communists after 1944, when Bulgaria was Russia's closest ally. Bulgaria's government has often come under fire for taking its cues on economics and politics from Russia, but after all, the survey proves Bulgarians do trust this country.

“If people could pick one country that they trust the most, the top rankers would be Russia," says Pamporov. Next comes Germany. "Still, don't underestimate the support that the United States enjoy. Germany, Russia, the UK, the United States and France actually form a kind of G5 formation that instils the most trust and respect in Bulgarians.”

The United States is another case of controversy. “Bulgarians do trust in the American policy, but don't consider the country close to their lifestyle and perceptions. Consequently it stands out as a place where 24 percent of those surveyed said they would feel like aliens,” says Pamporov.

Bearing in mind the level in which the English language has monopolised communication in business relations and leisure, it is a surprise to find out that the United States is one of the countries that Bulgarians don't feel compelled to emigrate to. In fact, the United States comes in just second in this ranking after the Asian countries (30 percent), which quite expectedly feel the most distant to Bulgarians owing to their language and culture. "Moreover, following Bulgaria's EU accession we are witnessing the return of the first wave of Bulgarian immigrants back from the United States. These people don't regret their decision to swap the United States for Bulgaria as ‘they are not themselves' there," says Pamporov.

Quite easy to explain. Bulgarians live by the adage that if you have something urgent to do, you should go to bed and take a nap. If nobody else comes to do the job, that means it was not that urgent. That's why most of them say they would emigrate to a country that bows down to the concept of mañana, like Greece, Spain and Italy.

Besarabian Bulgarians, who migrated during the upheavals in the Ottoman Empire at the end of the 18th and the beginning of the 19th centuries to an area divided between today's Moldova and Ukraine, are also more than welcome, the survey shows. A total of 67 percent of the respondents say they would agree to let Besarabian Bulgarians into the country, while another 28 percent say they would unconditionally approve of a governmental decision to provide them with free accommodation.

If they want to continue to enjoy Bulgarians' support, Besarabian Bulgarians should remember one rule. When they board a bus, carrying luggage bigger than 40x40x60 centimetres, they should punch an extra ticket.

Which countries do Bulgarians have faith in?

Percentage of Bulgarians that use personal contacts to form their opinions about:

Percentage that rely on the national media to form their opinions about:

Percentage of Bulgarians who would marry a:

*According to an OSI survey