text and photography by Anthony Georgieff
Rate this item
(2 votes)

Bulgarian Broadcasting Department members of staff in front of the Radio Free Europe headquarters in Munich, 1994

About 10 years after it gained membership of the EU and nine since Boyko Borisov's GERB came to power this country has made huge progress in spending EU money. However, it has plummeted in many measurable aspects of life: from life expectancy to emigration, from the fight against corruption to the fight against organised crime, and from median incomes to media freedoms. The latter has prompted the US Congress to resume funding for a news outlet to disseminate objective, balanced and non-partisan news and analysis, and facilitate unbiased debate. That outlet, to be launched in December, will be the heir of Radio Free Europe, the legendary Cold War radio that was the only voice of free information to the people of Bulgaria and elsewhere in Eastern Europe under Communism.

Radio Free Europe is scheduled to return to Bulgaria in December 2018, according to a press release issued in Washington DC. Rather than setting up a classic radio operation, the RFE management has decided to go for a multimedia Internet site called just Free Europe, or Svobdona Evropa. Among other things, it will respond to local concerns that disinformation, corruption and social division are undermining the political system. It will also amplify existing projects that promote public accountability and debunk false news.
RFE President Thomas Kent said: "We hope in particular that our coverage, carried out by local journalists, will help the growth of a free press, promote democratic values and institutions, and inform discussion in both countries of their place in NATO, the EU and other Western organisations. We look forward to partnering with local independent media and civil society." 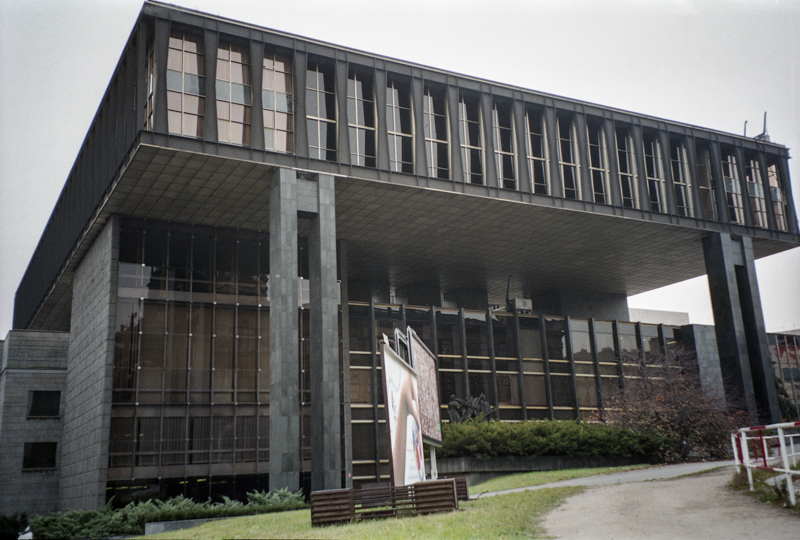 RFE's headquarters in the building of the former Czechoslovak Parliament in Prague, 1995

Founded in 1949 by the anti-Communist National Committee for a Free Europe, the radio station, based in Munich then in West Germany, broadcast news and analysis to the Warsaw Pact countries in Eastern Europe and the Soviet Union. Unlike other international broadcasters at the time – the Voice of America in Washington and the World Service of the BBC in London – its main purpose was to serve as a "surrogate" news channel: providing background information, reporting on events behind the Iron Curtain and providing, as much as was technically possible in an Eastern Europe sealed off by barbed wire, a platform for free and unprejudiced public debate. It was supposed to provide the kind of news and analysis that the countries on the east bank of the Oder would have been able to produce themselves if they had had free media.

In 1976 Radio Free Europe merged with Radio Liberty, which broadcast exclusively to the constituent nations of the Soviet Union in their languages.

The RFE/RL newscasts were relentlessly jammed by the Communist governments throughout the East bloc, a situation that remained unchanged until Mikhail Gorbachev's Perestroyka in the late 1980s.

Radio Free Europe/Radio Liberty played a significant role in bringing about the collapse of Communism in 1989. Radio Free Europe broadcasts prompted the Velvet Revolution in Czechoslovakia. Legendary Bulgarian broadcaster Rumyana Uzunova's telephone interviews with local dissidents, including philosopher Zhelyu Zhelev, who went on to become Bulgaria's first democratically elected president, are still remembered by anyone with an interest in the history of Communism. 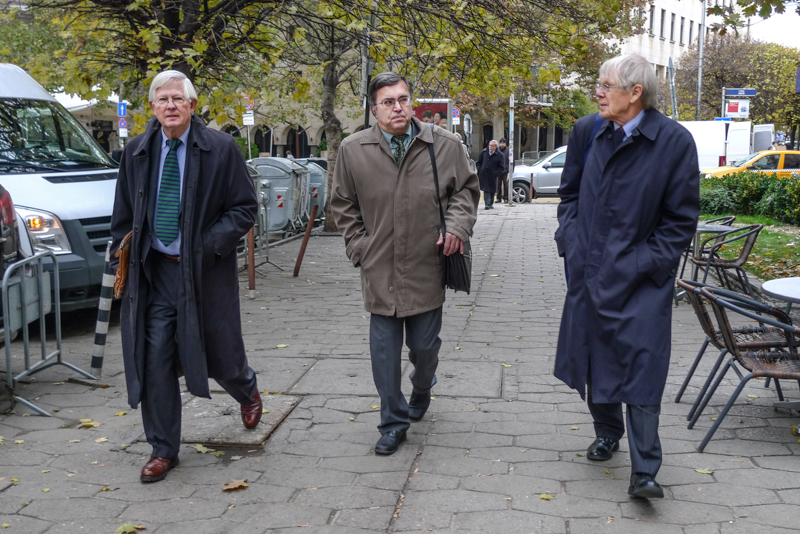 After the collapse of Communism in 1989, the two radio stations opened up bureaus in their target countries. Local journalists were employed to produce programmes of increasing size and complexity, and partnerships with new local media were established.

In 1993, the Clinton Administration decided to save money by closing down the two radio stations which it deemed redundant. A flurry of international activity ensued. Dignitaries including Lech Walesa in Poland and Vaclav Havel in the Czech Republic wrote letters in support of Radio Free Europe. They were joined by academics from across the globe and by a huge amount of ordinary citizens who, unlike the US Administration at the time, thought Communism was gone but democracy had not been properly established yet.

In 1995, Vaclav Havel, then President of the Czech Republic, offered to host Radio Free Europe/Radio Liberty in the building of the former Czechoslovak Parliament in Wenceslas Square in Central Prague which had stood empty since the dissolution of Czechoslovakia. Havel wanted the symbolic rent of 1 Czech crown per year. The United States agreed, and the whole operation, staff and studios, were moved from Munich, then in the newly United Germany, to Prague, in the then young Czech Republic.

Since the beginning of the 1990s Radio Free Europe was getting slimmed down by discontinuing some of its language services. Logically, the countries that appeared most reformed were the first to go. Broadcasts to Hungary were terminated as early as 1993, and the Polish Broadcasting Service was axed in 1997. Bulgaria and Romania were terminated in 2004.

Late President Zhelyu Zhelev speaks of the sunset days of Communism in Sofia, 2011

At present, the Prague-based Radio Free Europe/Radio Liberty incorporates services to Central Asia, including Afghanistan, Pakistan, Iraq and Iran. It broadcasts to a total of 20 countries in 25 languages and has an estimated listenership of 25.8 million. It employs over 600 staff in Prague and in Washington DC and runs 18 bureaus abroad providing opportunities to over 750 freelancers.

RFE journalists are on the frontlines in the fight for media freedom in their countries and often put themselves at great risk to do their jobs. Some of them have even been killed for performing their duties as journalists, most recently in Afghanistan. Their production has won a significant number of international awards.

In addition to Bulgaria, a similar Radio Free Europe service will start in Romania.