by Boyan Yordanov; photography by BTA
Rate this item
(0 votes)

Millions of leva get spent on electioneering
Bulgarian politics are becoming a mixture of kitsch, chalga and wrestling

The November polls in Bulgaria were the first since the country's accession into the EU - for the first time in Bulgarian history expats in the country had the right to vote, while foreign observers were curious to see if the political class and ordinary Bulgarians alike, would demonstrate a European mentality.

They didn't. Despite cautious comments by Western analysts and bland statements by local politicians that democracy in Bulgaria is working, the results not only show the lack of any European mentality, but demonstrate tendencies which are in complete contradiction to the principals of democracy established in Western Europe.

According to the sociologist Zhivko Georgiev from Gallup International, "these were not elections, but a mixture of kitsch, wrestling and market plans, where everything could be bought - votes, candidates for mayor and councillors."

Unlike previous local elections, the winners were not a particular party, but personal business interests. This is not surprising, however, because everybody in Bulgaria expects money from the EU - money intended for individual municipalities.

After the elections, the traditional parties competed with their claims of victory, but in reality their influence was reduced, and in many areas replaced by new coalitions - unknown previously, but without exception sponsored by the "greyest" part of the Bulgarian economy. "In the past the baseball bats were used by criminals, now the local authorities are armed with them. The criminals directly claim the power," Kapital stated grimly.

There is little doubt that these local elections will be mostly remembered for the unashamed "vote buying". All over the country, but most notably in Pernik, Blagoevgrad and Dupnitsa, open bribing of voters took place, at times in the open and in front of TV cameras. In previous elections bribes of this sort have been much fewer and hushhush.

Analysts explain this with the ever-rising cost of living combined with low incomes, and underline that these were people who have nothing else to sell but for their votes. The price of a single vote varied from 50 to 80 leva, prompting a political observer to conclude that this showed the real rate of infl ation in the country - four years ago a vote went for about 30 leva.

However, this was nothing in comparison with the earnings of the organisers. Along army lines there were corporals, sergeants, captains and generals. Most often the corporals were in charge of 10 people who they had to bribe and monitor, the sergeants were in charge of 10 corporals, and so on. While a corporal earned 100 leva, the sergeants earned 1,000, and the generals in excess of 3,000... It is not surprising that in Pernik, the task of buying the votes was accomplished by local drug dealers who successfully used their networks. On the whole, analysts claim that more than 200 million leva were "invested" in the elections, making them a lucrative business.

The purchase of votes had its ethnic variation in the so-called election tourism. Since the fall of Communism, ethnic Turks who emigrated to Turkey, but kept their Bulgarian citizenship, have been brought back to Bulgaria, during elections, by the DPS, or Movement for Rights and Freedoms, on the expectation they would cast their ballots for that party. 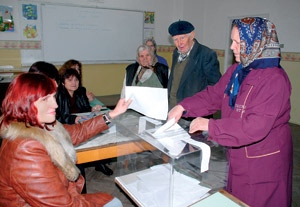 Busloads of Turks came to vote in Bulgaria. Many of them didn’t know the name of the person they would vote for, and some said they were coming “home” for a “funeral”. Ballot officers were sometimes asked to stamp their passports as proof they had indeed voted

According to analysts, more than 10,000 "election tourists" came from Turkey, and each of them received an average "fee" of 35 leva from the local DPS. Interestingly, it was the fi rst time they were joined by election tourists with dual nationality from Macedonia, who came to Blagoevgrad on a much smaller scale: just 2,800 to cast their votes in favour of the former mayor, Prichkapov, the candidate of the Socialist Party, and the candidate of GERB, Kiril Pendev.

Bearing in mind that the DPS is part of the ruling coalition, it was not surprising that the deputies voted against this prohibition, thus allowing non-EU citizens to have their say in the use of European grants and funds.

In the light of these facts, the statement from Ahmed Dogan, leader of the DPS, that "the purchase of votes is a European tradition" typical for the period after World War II, seemed cynical and completely out of step with EU policies. The election results identified the DPS as the third-ranking political power. Probably, its sweetest achievement was that for the fi rst time, a DPS mayor was elected in Kotel (a Revival Period stronghold and home to many 19th Century anti-Ottoman revolutionaries), in coalition with the NDSV, or the Simeon II National Movement.

The DPS' partner in the ruling government, the BSP, or Bulgarian Socialist Party, appeared to be the biggest loser in these elections. It has clearly lost its infl uence, and the optimistic statements of its leaders were in sharp contrast with reality.

The results affirm GERB as the biggest winner in the elections, establishing a relatively solid political base unlike the NDSV, the party it is usually compared with. Both parties appeared on the political scene unexpectedly, and both were deemed to have garnered the protest vote. It is not a big surprise in a country where just eight percent of the population has confi dence in the political class. 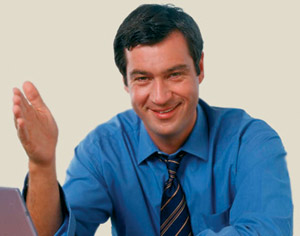 "Vote buying is scandalous and deals a blow to Europe," according to Markus Soeder, the Bavarian minister for European affairs, cited by Die Welt. "We can't let German taxpayers' money get into the Bulgarian corruption swamp," he added, calling on the European Commission to suspend funds to Bulgaria.